Breyer Fun Day... not so fun

The event was scheduled to run from four until seven, and had it been up to me, we would have no trouble getting there on time.  However, there were two other people in my party and they were not as organized.  One thing led to another and it was nearly five thirty before we arrived at Dover. 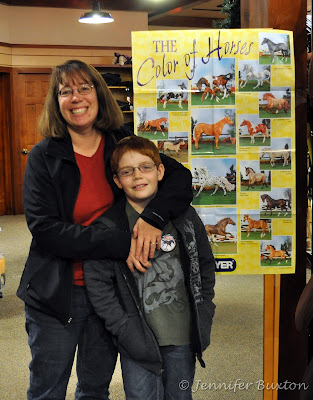 Sadly, by that time, Breyer Fun Day had come and gone.  All that was left was a table full of cookies. 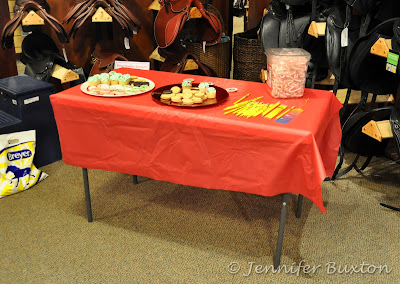 No matter!  Even without Breyer Fun Day, Dover is a nice place to be.  We did a little Christmas shopping... 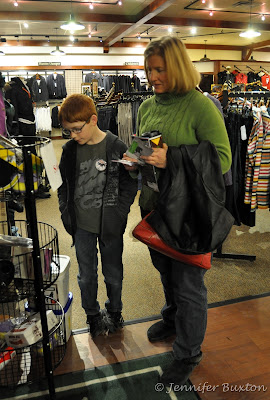 and someone had to sit on the saddles! 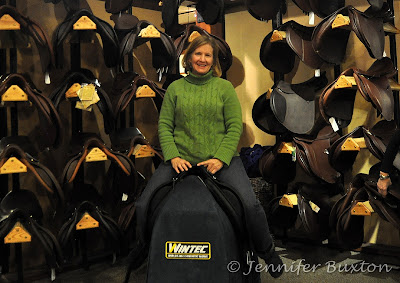 I told Carol and James that this was a leadline saddle, so naturally they had to act out a leadline class... 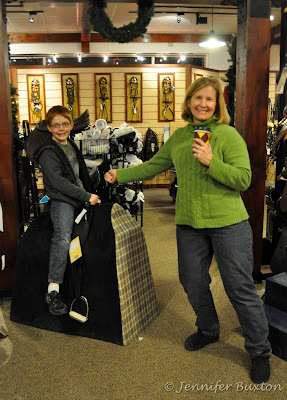 We were seriously tempted by the stuffed dogs and Model Horse Jumps... 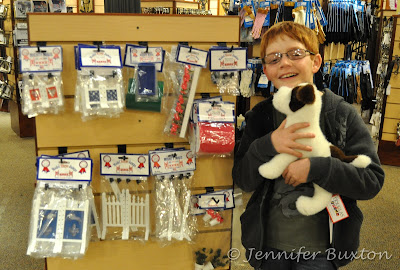 but in the end, all we came home with was a Rachel Alexandra button and some very cool cookie cutters. 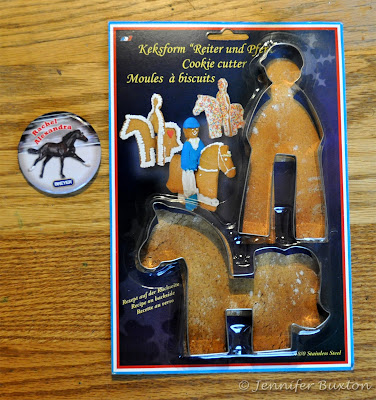 Thinking back on it, I guess Breyer Fun Day was kind of fun, just not in the way we'd expected!
Posted by Braymere at 11:30 AM