The horses of Chicago's Grant Park

Wherever I go, I'm always looking for horses.

Fortunately for me, they aren't usually hard to find.  Even in the heart of Downtown Chicago, Tiffany and I had no trouble finding a whole herd of horses. 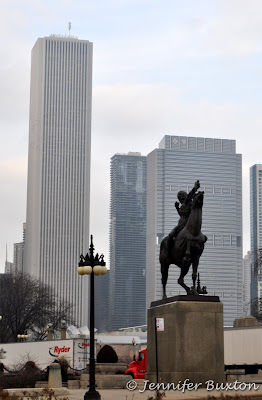 At over seventeen feet tall, the first two horses are impossible to miss as they guard the entrance to Chicago's principle downtown park, Grant Park.  The Bowman... 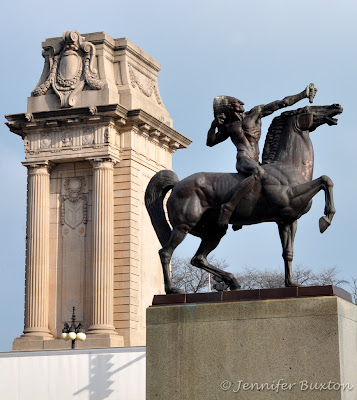 and the Spearman were sculpted by Ivan Mestrovic and installed in 1928.  They were erected to commemorate the Native Americans. 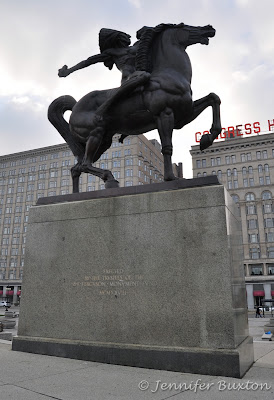 Grant Park's main attraction, Buckingham Fountain, is also horsey.  Dedicated in 1927, it is one of the largest fountains in the world. 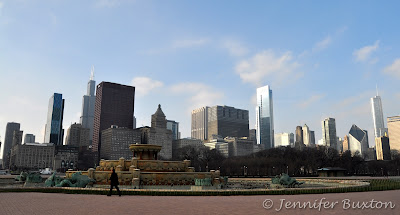 The fountain is drained during the winter months, so I didn't get to see it in all its water filled glory. 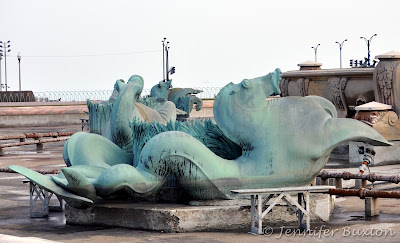 Still, I really enjoyed the funky, fishy charm of its many hippocampi! 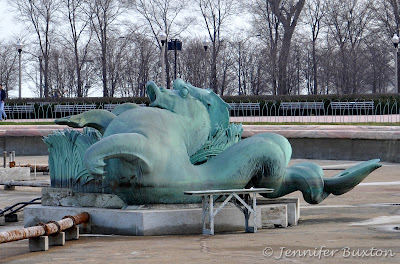 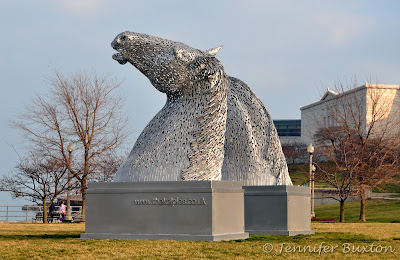 The Kelpies, which were created by Andy Scott, are part of Chicago Sculpture International and will be exhibited for one year starting September 2012. 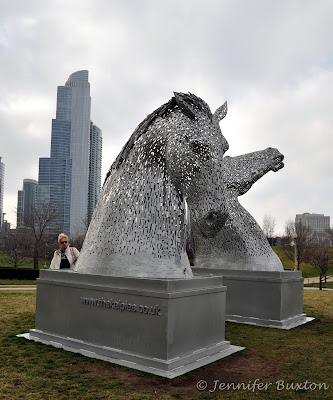 Of all the Grant Park horses, these are my favorites. 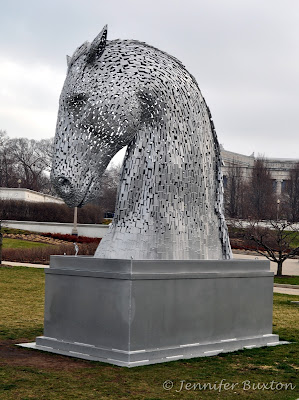 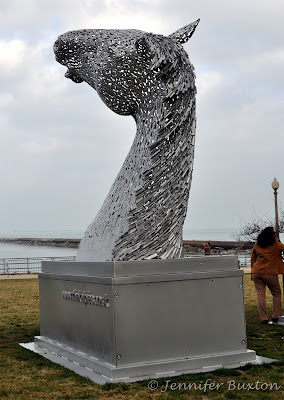 While researching the statues featured in today's post, I've discovered that we missed that we missed General John Logan's horse.  Darn!  I guess I'll have to schedule another visit to Chicago's Grant Park!
Posted by Braymere at 5:10 PM