I don't buy very many brand new painted resins, but I did buy this one. 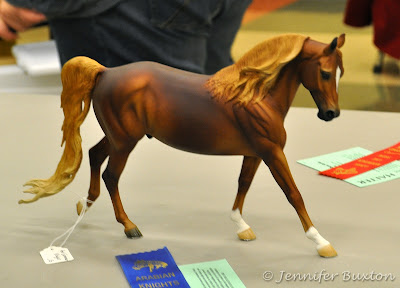 At the time, I was looking for a horse that could be competitive in halter as well as all three performance divisions.  This Knightly Cadence appeared to fit the bill perfectly. 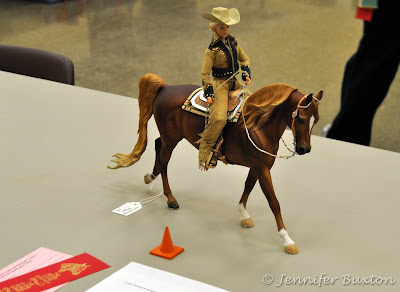 I showed him in halter and he did reasonably well, often placing just behind my other Morgan, UVM Right Royal. 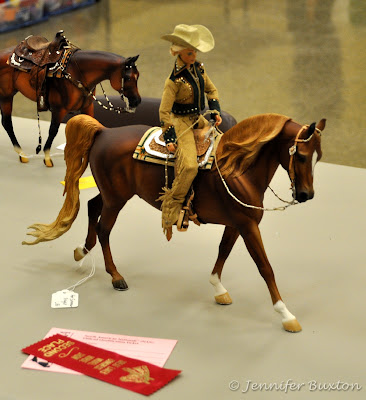 He made his performance debut at the High Country Live show which was held in Calhan, Colorad in October 2009. 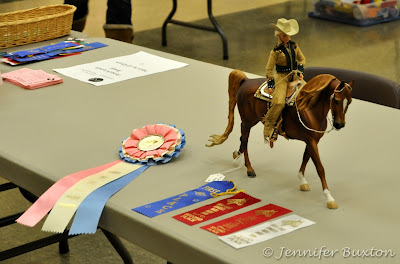 The day started well with Hot Summer Knight winning a blue ribbon in his halter class.  After that, however, things got a bit rough.  He was an also ran in all his classes and sustained serious paint damage in the de-tacking process. 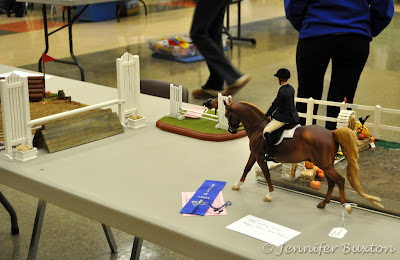 Fortunately, my friend Tiffany can fix all sorts of broken things. 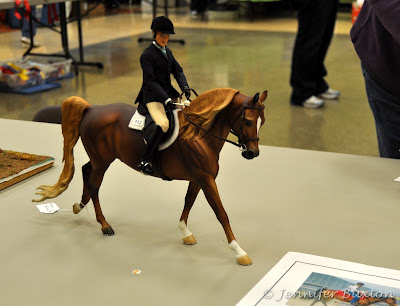 Hot Summer Knight went to Illinois, and he's been there ever since. 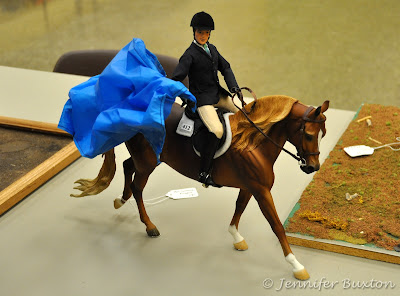 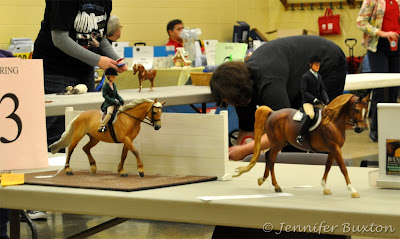 I showed him in with great success in the resin halter class and all three performance divisions. 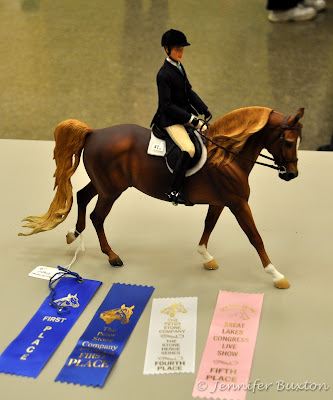 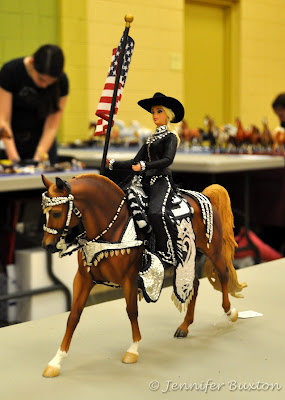 This would be a very happy ending except for the fact that once again, poor Hot Summer Knight has proven to be an extremely fragile show horse.  Instead of coming home with me, he stayed with Tiffany.  Apparently he needs to live with someone who can fix him after each and every show.  Sigh.
Posted by Braymere at 7:39 PM