Today's pictures were taken during the Ranch Horse Conformation class and the Overall awards ceremony for the AQHA Versatility Ranch Horse Competition at the 2012 National Western Stock Show.  This was a double judged event, and as best as possible I've tried to record how each horse finished under both judges.  Placings reflect the overall competition, not the halter class.  Hopefully this will readers will find these photos as educational as I have!
As mentioned in a previous post, this chestnut mare was the big winner of the day finishing first under both judges.  I believe--but am not certain--that she also claimed the top spot in one section of the Ranch Horse Conformation class. 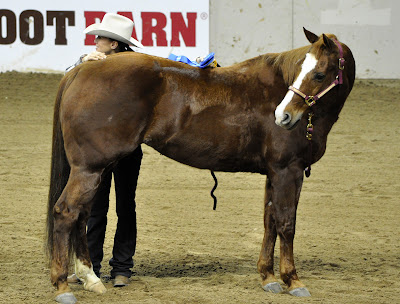 This bay mare was another standout, placing second under the first judge and was fourth under the second. 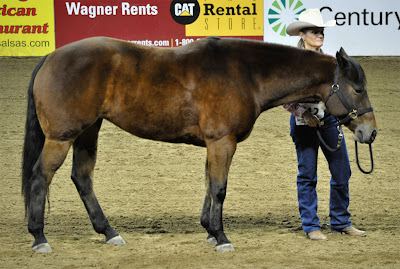 Some horses look much better under saddle than they do on the line.  Although I don't care for this mare's neck and shoulders, they certainly didn't hurt her performance.  She placed third and second in the Overall standings. 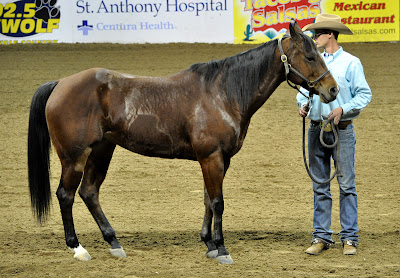 The sweet faced chestnut was fourth and eighth. 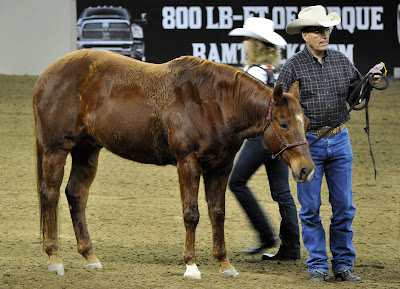 I'm a sucker for a pretty horse and this one is really pretty.  She was first and second in the Ranch Horse Conformation class and fifth and third in the Overall. 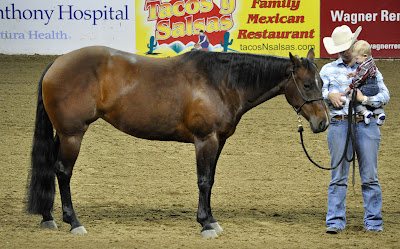 I liked this one, too.  He's just so darn cute!  The judges placed him sixth and fifth. 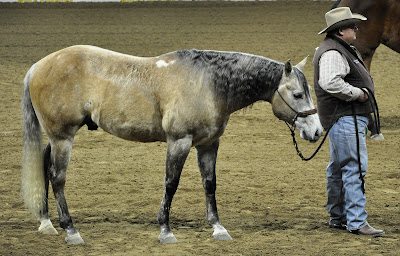 The bay roan finished seventh under both judges. 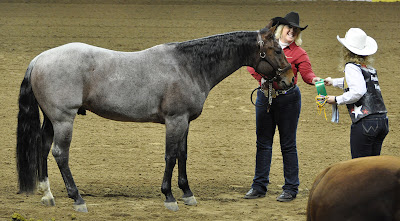 Beyond seventh place, my notes get a bit sketchy.  I know the second judge placed the chestnut roan sixth, but I failed to record how he did under the first. 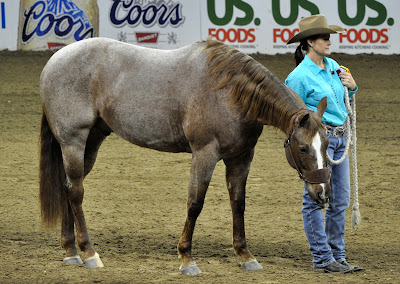 Similarly, I have no idea how the grey... 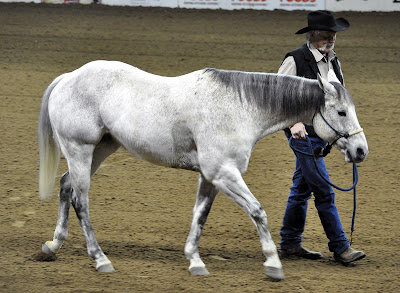 or this bay finished up.  Sorry! 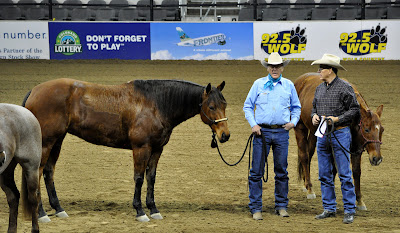 These aren't the kind of horses you would see in a regular AQHA halter class. In my opinion, they're so much better.  Hobby sculptors are welcome to save these photos for their own reference.  Both the real world and the model horse hobby needs more horses like these!
Posted by Braymere at 10:01 AM