Today's pictures come courtesy of Kellye Bussey and were taken during the Midwinter Night's Ball show held last weekend in Georgetown, Texas.
First up is Kellye's new custom Stage Mom/Valentine by Jennifer Read.  She is shown as a 3-gaited Universal South African Boerperd in saddleseat tack by BCS.  Her doll was dressed by Sheri Wirtz. 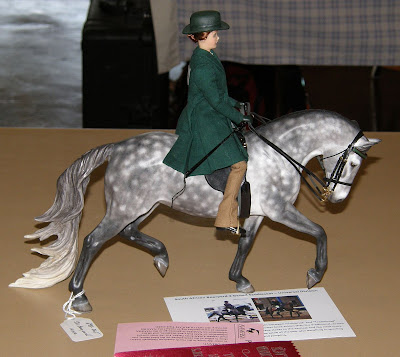 Here's another Stage Mom/Valentine custom.   This one was created by Michelle DeSpiegelaere (formerly Belisle-Locke).  She placed first in the Custom English Games class while wearing a tack set by me and a doll by Joan Yount. 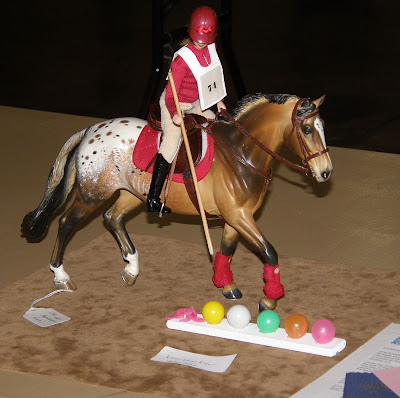 And here she is again winning the Natural English Trail class. 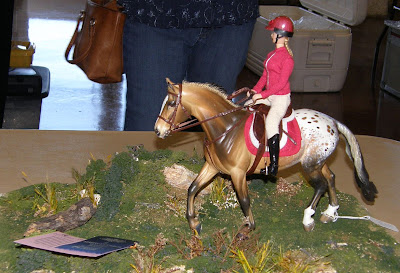 Over in the OF Performance ring, Kellye's One of a Kind Stone Saddlebred by Caroline Boydston won the Saddleseat class and went on to be named Reserve Champion in the Other Performance division. 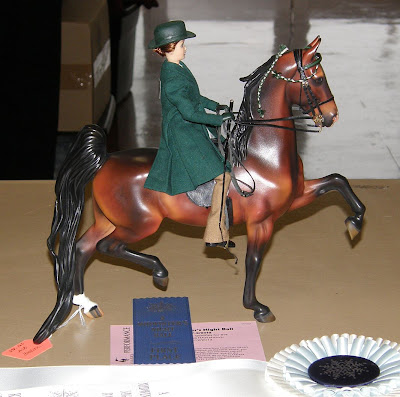 Congratulations, Kellye and thanks for the pictures!  If you'd like to see more photos from the show, be sure to visit Kellye's Webshots album.
Posted by Braymere at 4:03 PM