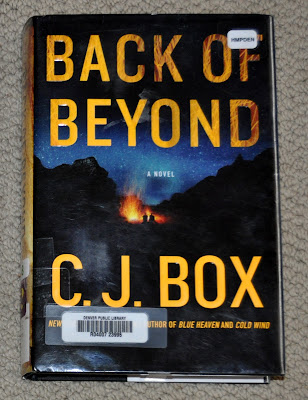 Although it's not truly a horse book, there are an awful lot of horses in it and most of the action takes place on a multi-day wilderness horseback trip into Yellowstone Park.  That's a setting I can relate to, having spent my twentieth and twenty first summers working as a wrangler at two different Colorado guest ranches.  Not surprisingly, the book stirred up a lot of memories and a large part of my day has been spent looking through my old photo albums and thinking about the summer of 1990. 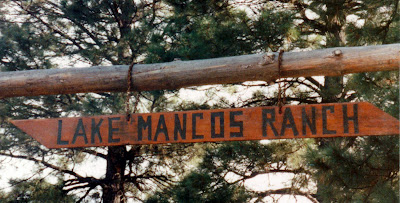 The ranch was owned by Lloyd and his wife Kathy.  Lloyd was mostly a good boss, but he wasn't open to new ideas.  Every time someone suggested a different way of doing things, he would say, "We've been doing it this way for thirty five years, and it seems to work." 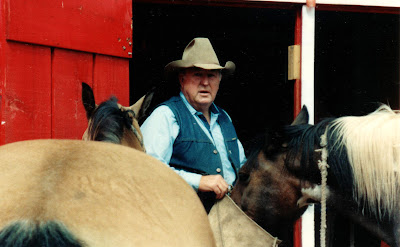 Lloyd had similarly old fashioned ideas regarding his wrangler staff.  Although two of the five wranglers were female, it was obvious that he considered us as the second string.  We were assigned the youngest riders and the quietest horses. 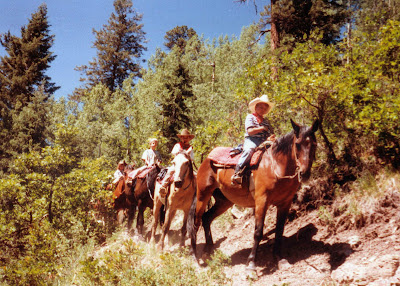 That didn't sit well with me at all. I knew I was a better rider than all those boys. I just needed an opportunity to prove it.

I got my chance a couple weeks into the summer. My usual Monday through Wednesday horse was unavailable, so I asked one of the boys what was left to ride. He named two horses. One was old and slow. The other was Cody. Naturally, I opted for Cody.

"Oh, I don't think you're going to like Cody!" Randy warned. Randy was nineteen years old and redneck through and through.  Like Lloyd, he didn't think girls were capable of handling anything but the easiest horses.

Randy's objections only made me more determined. I immediately caught and saddled Cody. 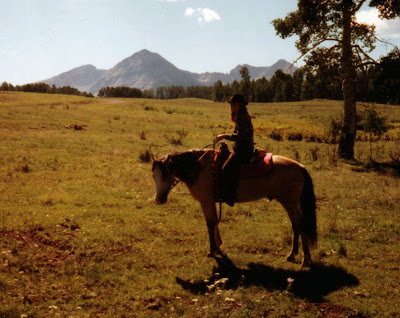 Cody was a tiny little thing, standing maybe fourteen hands, but there was nothing cute or cuddly about him.  He had a big white face, a hard eye, cranky ears and a reputation for biting, balking and bucking. He was also--I discovered quickly--very, very green. Despite being nine years old, he responded to only the most rudimentary cues and didn't neck rein at all. None of those ranch horses were particularly well trained, but Cody didn't seem to know anything.

I decided the best way to ride Cody was to treat him like an unbroke three year old. I was patient and gentle with him, and just like that, Cody stopped balking and bucking.

You would think I'd get some credit for the amazing Cody transformation, but all Lloyd said was, "Cody must like women." 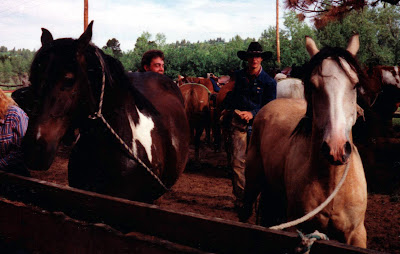 Well, that's not all he said. He also told me that Cody was mine for the rest of the summer.

Unfortunately for me, by that time I'd realized that Randy had been right all along. Despite my best efforts, I didn't like Cody. No matter how hard I tried to make friends with him, he remained completely disinterested in me. I rode him three days a week for the entire summer, and we never formed any sort of meaningful partnership. He was as remote and unfriendly at the end of the summer as he had been at the beginning. 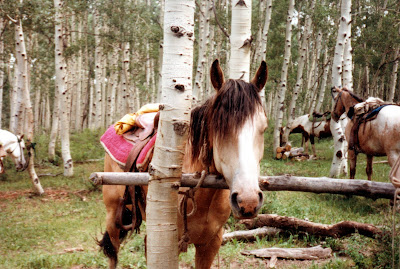