This is the last group of pictures from last Saturday's Redline Revival Performance Show in Boulder, Colorado. 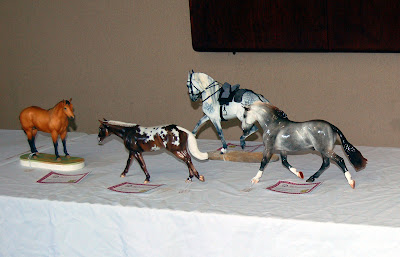 As I mentioned before, there are no Champions and Reserve Champions at a Redline Revival Show. Instead, each division has a Top Five. At the end of the show, all the horses who have won a Top Five title come back for the Overall Top Five Judging. 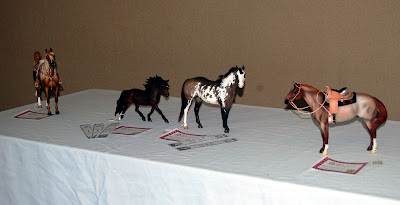 The first three photos show the Overall Top Five callback tables. You can see my three English horses in the picture below.

Jane Schneider was the big winner of the day with these two Overall Top Five placings. 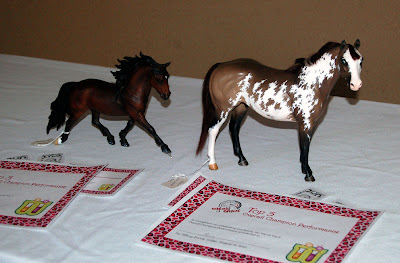 Karen's lovely one of a kind Breyer also made the final cut... 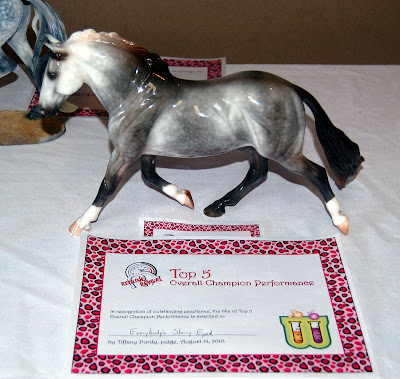 As did Regan's Troveo in his BCS Portugese tack. 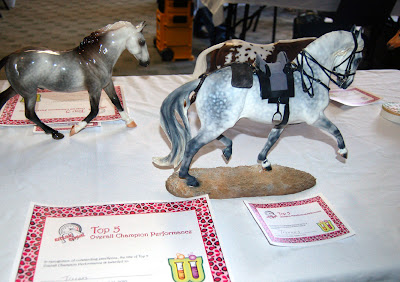 Last but not least was my own little White Trash Girl. Not too shabby for a horse I'd owned less than twenty four hours! 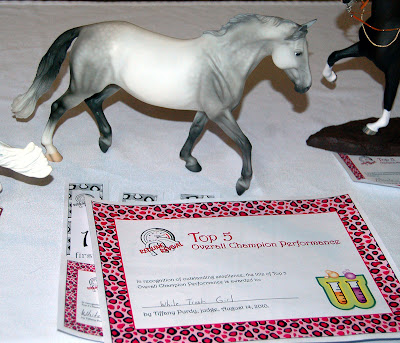 More important than winning a pretty certificate, I achieved my goal of qualifying two Original Finish performance horses for next year's NAN. I'm having semi-serious thoughts about making the trip to Arizona, and I want to make sure I'll have something fun to show on OF Performance Day. After all, there's a lot of truth to the words on the back of this t-shirt: 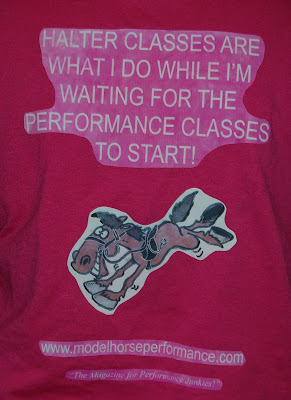 P.S. to Shannon. I want one of those shirts but could it please be a little less pink?
Posted by Braymere at 9:41 AM