Ask any performance shower how to accessorize a jumper jump, and she will almost certainly tell you that you must decorate the standards with flags--red on the right and white on the left--and a jump number. This is good advice most of the time. However, there are occasions where you might see a jump that has two red flags and a number that seems impossibly high...
When that happens, you know you're watching a Gambler's Choice class! 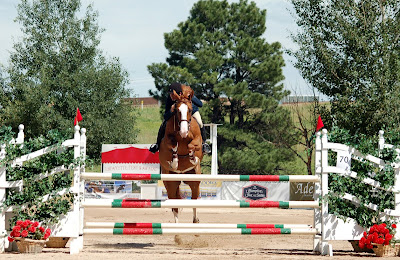 Gambler's Choice is an event where exhibitors choose their own course. Each jump is assigned a certain point value based on its difficulty, and the rider who accumulates the most points within a set amount of time is the winner.

Jumps can be taken from either direction (hence the two red flags) and must be verticals, walls or square oxers. Triple bars or oxers with a back rail higher than the front rail can only be negotiated safely from one direction. Generally, a single obstacle can only be jumped twice within the round. If a fence is knocked down, no points are earned and it can not be jumped again. 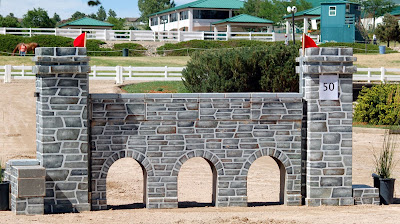 The pictures accompanying this post were taken at the Colorado Summer Classic horse show held last July at the Colorado Horse Park in Parker, Colorado. Even though this is a big, prestigious show, the point sheets on the jumps are just simple pieces of paper. There is no need to get fancy with your props if you want to show your models in this event. 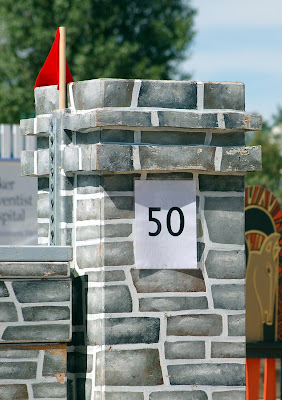 At the conclusion of each Gambler's Choice round, a buzzer sounds. The competitor then has the opportunity to increase their score by taking the Joker Fence. This is a tall fence with a high point value. 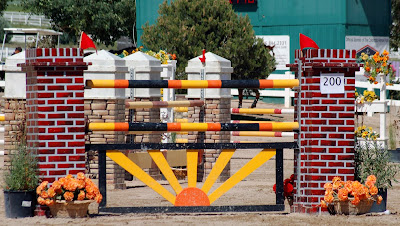 If the horse clears the Joker successfully, those points are added to his score. However, if he knocks the Joker down, the points will be subtracted from the total. Typically most riders attempt the Joker, but there are usually a few horse and rider combinations who elect not to take the risk. 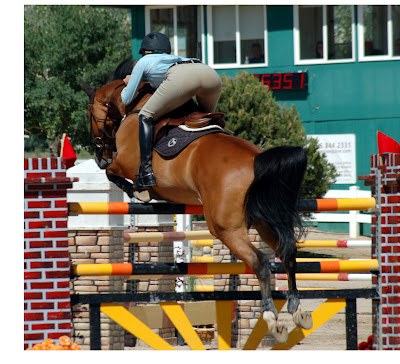 For the most part, a Gambler's Choice looks much the same as a regular jumping class. 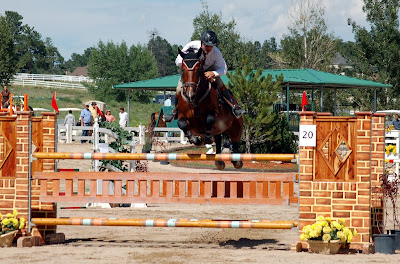 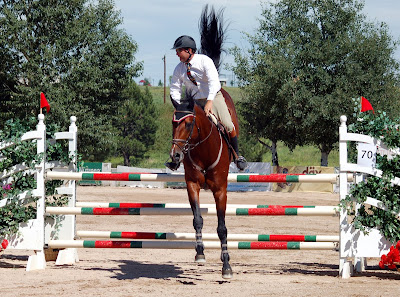 However, this class offers a nice opportunity for trotting models. After the buzzer rang signalling the end of the round, many riders steadied their horses to a trot before picking up a canter and heading towards the Joker. Technically, the horse is still on course so this is not a "waiting to start" kind of moment. There were also a few horses who jumped a fence, made a tight turn--occasionally breaking into a trot--and then jumped the same fence again from the opposite direction. 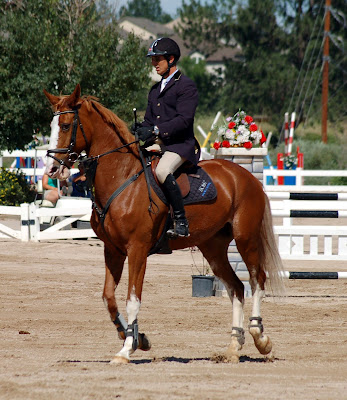 You've got to be careful, though. If your jumper turns too tightly or loses too much momentum you just might end up with a fence that looks like this: 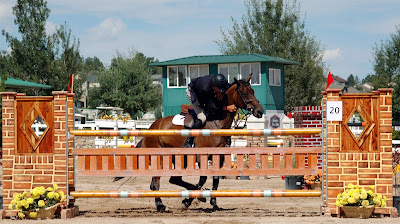 And nobody wants that to happen!
Posted by Braymere at 3:25 PM