As promised, here are pictures from the Redline Revival Performance Show which was held last Saturday in Boulder, Colorado. The show started off with the Other Performance division. This is Karen Gerhardt's amazing one of a kind glossy Breyer Cleveland Bay showing in the harness class. 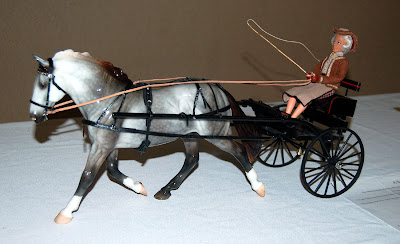 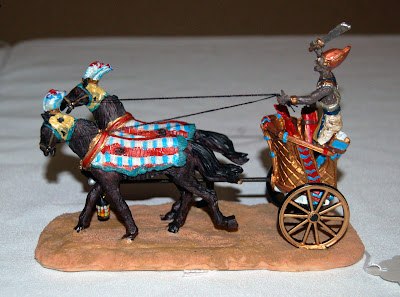 Jane Schneider's pony was the eventual winner with this lovely obstacle course entry. 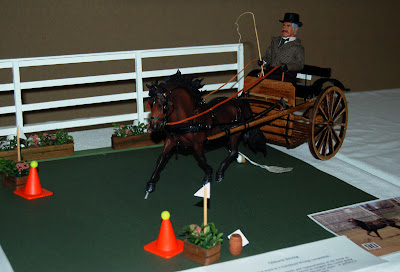 The Arabian costume class was next. This beautiful set-up belongs to Val McEntee... 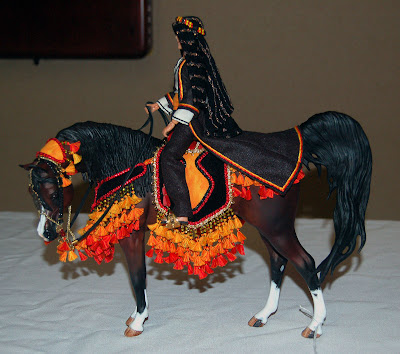 As does this one! 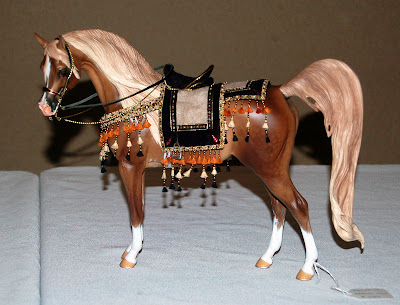 Another one of Esther Johnson's horse and rider figurines. 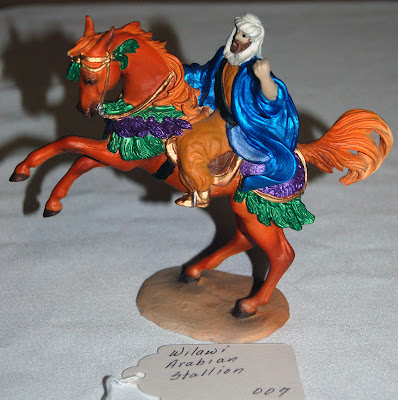 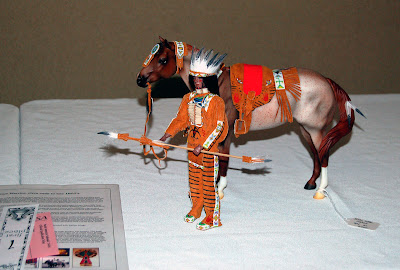 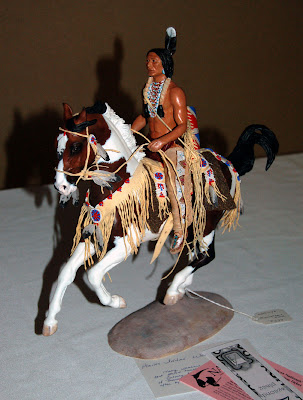 Onto Other Costume/Parade. This cavalry horse belongs to JerryLynn Rice and was proxy shown by Jane. 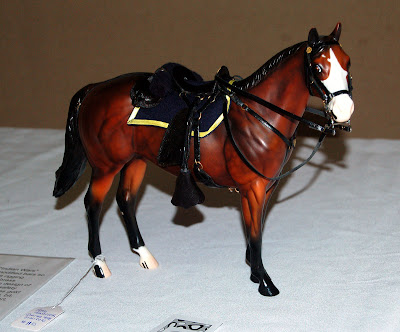 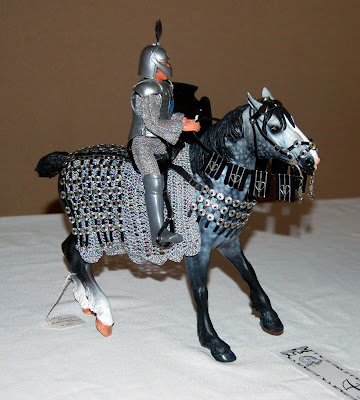 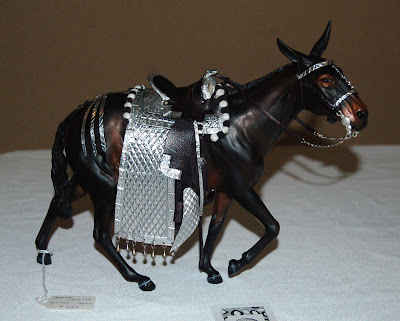 Yet another one of Val's lovely entries. This Linda York Paso came in second. 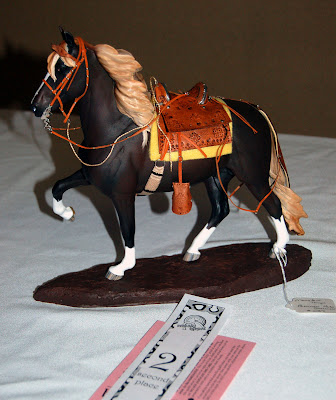 Regan O'Keefe's Troveo was the winner. Troveo is a Traci Caller Vizcaya resin painted by Myla Pearce with added detailing by Sheila Anderson Bishop. I made his tack. 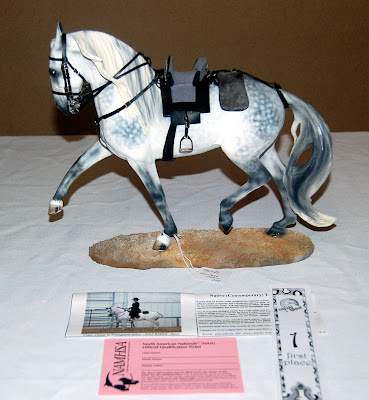 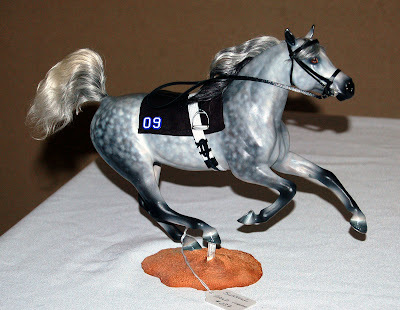 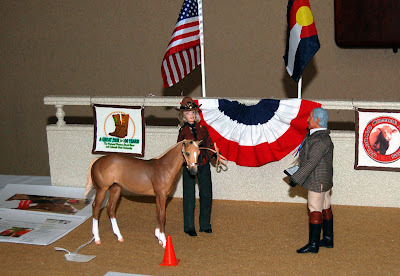 my own little circus entry, 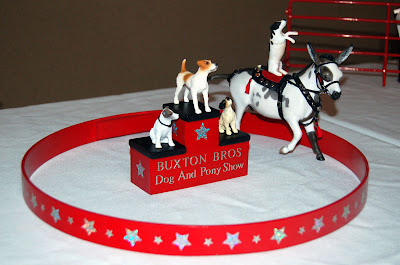 and this super cool police horse set-up. If the tack and doll look familiar, there's a good reason for that. This is the set that Jane and I made for the NAN Auction. It was bought by Karen Gerhardt and is back in Colorado! 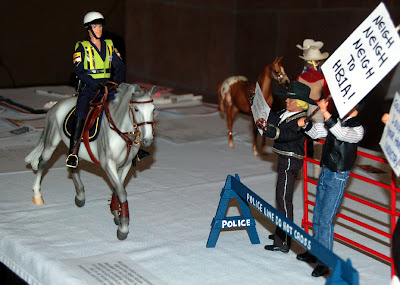 Karen did such a great job with this entry. I especially liked all the little signs. 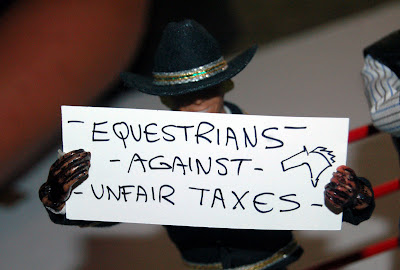 Uh oh, it looks like my little Abbie dog has joined the protesters... Well, she always did want to be where the action was! 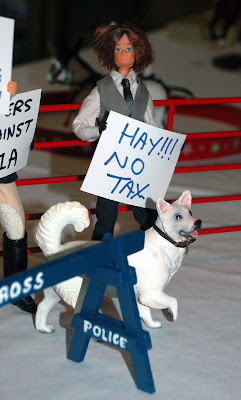 English performance pictures next!
Posted by Braymere at 10:08 AM