I admit it--I suffer from obsessive compulsive tackmaking disorder. Once I get rolling on a project it's really hard for me to step away from it. Left to my own devices, I can spend entire days in my studio emerging only for food and bathroom breaks.

So when my friend Carol called and asked if I wanted to meet her and Rasko at the dog park, I almost said no. I had saddles to build and leather to stitch. I just couldn't spare the time.

The more I thought about it, the more I realized that I needed the break. I haven't done anything but work on these saddles for the last three days. I haven't gone anywhere. Heck, I've barely been outside... I loaded up the girls and we headed out. 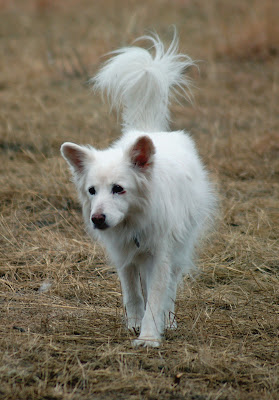 We reached the park and were met by a very happy Rasko. 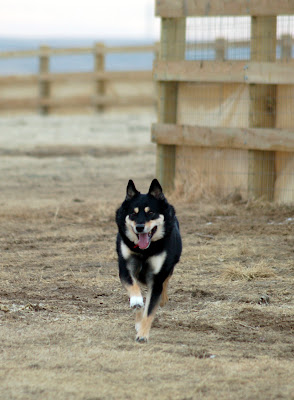 Maggie was so happy to see him, that she could barely stand still to get her picture taken. 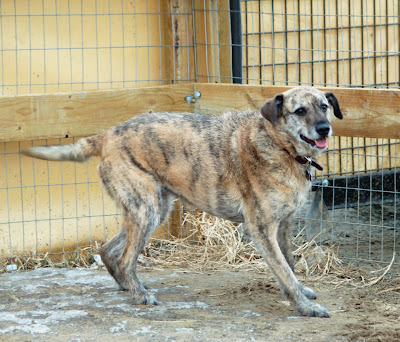 Even old Abbie ran around a little bit. 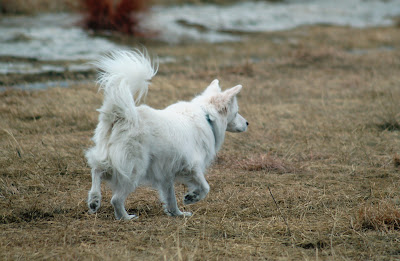 This counts as "running" when you're almost sixteen years old! 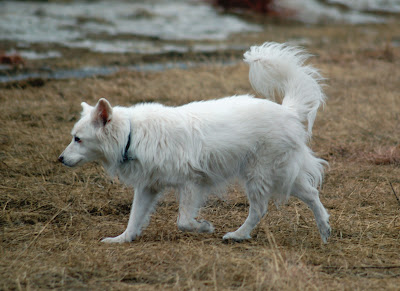 Eventually though, all the dogs settled down and did a lot of sniffing. Carol and I walked the park's perimeter a few times and talked and talked. I breathed the fresh outdoor air and felt more relaxed than I had in days. It was a wonderful break! 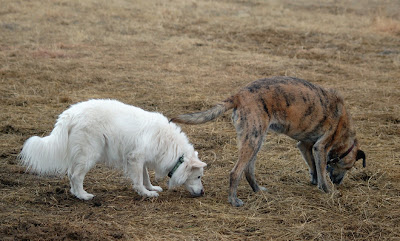 And despite the two hour break, I still managed to get some good work done on my Charro saddles! 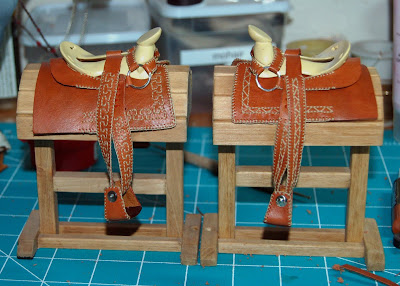 Thanks for the invite, Carol. The girls and I really needed that!
Posted by Braymere at 3:04 PM

Labels: my dogs, the creative process