Here are my photos from the Mexican Rodeo held Sunday afternoon at the National Western Stock Show in Denver, Colorado.

One of my main reasons for attending the Mexican Rodeo was to get a good look at all the Charro saddles. Unfortunately our seats were way up in the rafters on the wrong end of the very large arena. As a result, a lot of my pictures turned out really, really poorly. However, I did manage to take a few that are good enough to share.

The rodeo started with dancers and fireworks.... 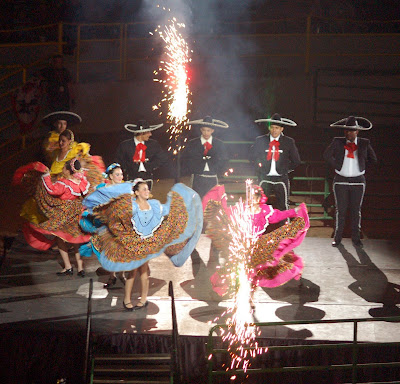 followed by the national anthems of Mexico and the United States. 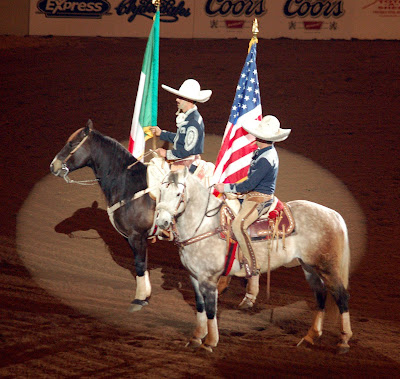 Next up was this drill team of sidesaddle riders. 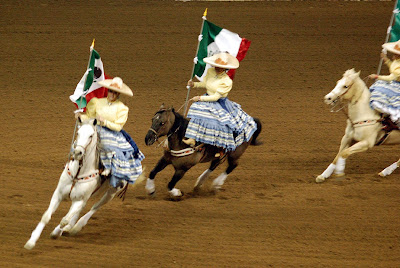 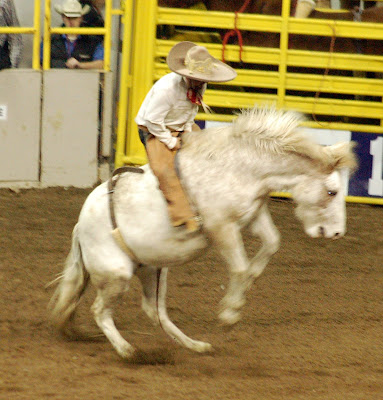 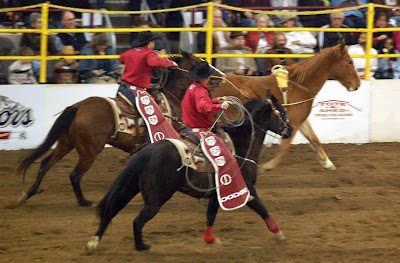 Luckily for us, most of the entertainment sections of the show were pretty good. These included trick riders... 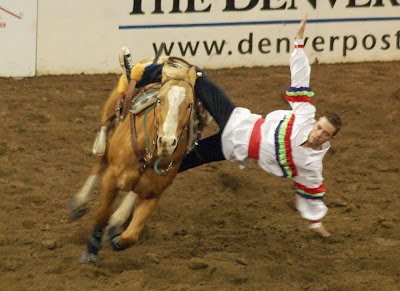 and a Roman riding demonstration by Staci Diaz and her team of four grey Aztecas. 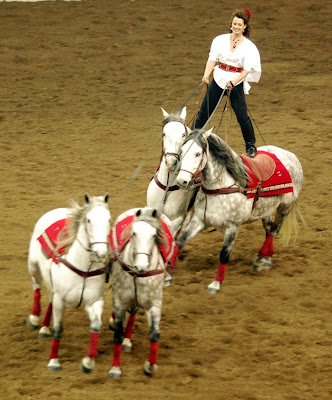 Another view. They did a little bit of jumping but I wasn't able to get a good picture of that. 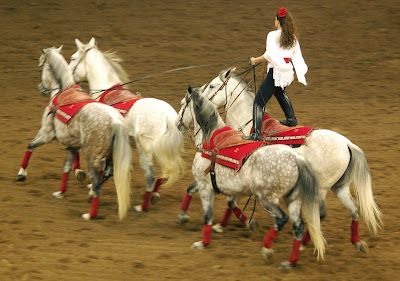 Tommie Turvey and his horse Pokerjoe performed a comedy skit. This pair has also been featured at Breyerfest, and an Adios painted as Pokerjoe is part of Breyer's 2010 lineup. You can read about Tommie and Pokerjoe on Tommie's blog: http://equineextremist.blogspot.com/ 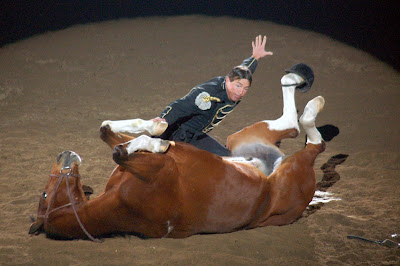 The sidesaddle drill team came back for a second round of entertainment. 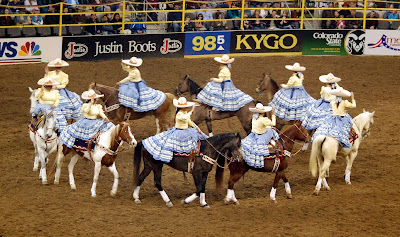 They were followed by the well known Charro, Jerry Diaz (http://charrojerrydiaz.com/)... 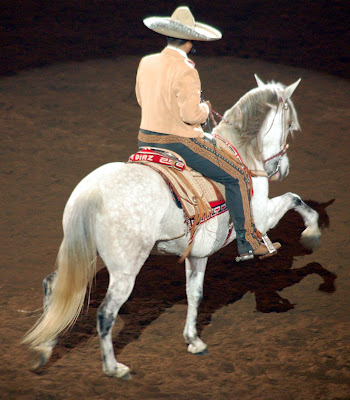 and his wife, Staci. 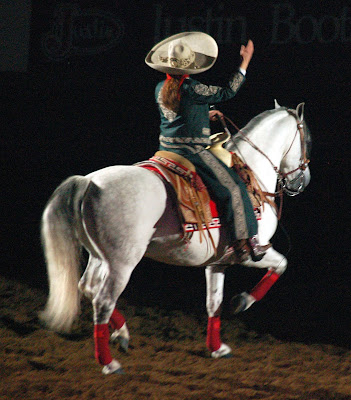 They both showed off several high school dressage movements (piaffe, passage) as well as Spanish Walk. Then Jerry switched horses and wowed the audience with his fancy rope tricks. 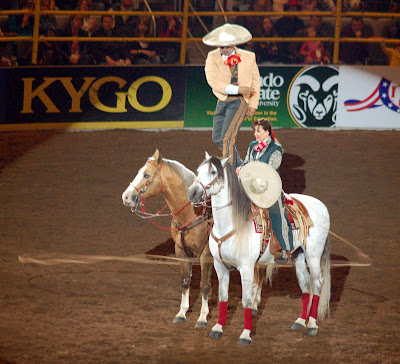 Their young son Nicolas also got in on the act. 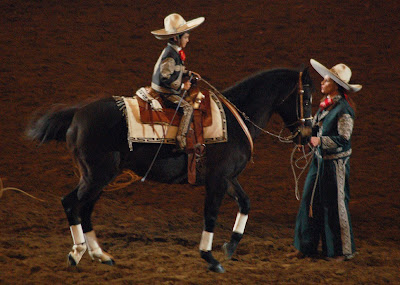 One of the last events was bull fighting. The announcer made a big deal about how dangerous this bull was, but honestly, it wasn't all that visually impressive. I do like the matador's pink socks, though! 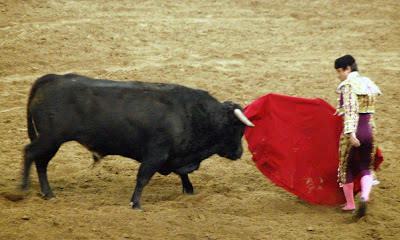 As the show wound down, all the horses and dancers came back into the arena. 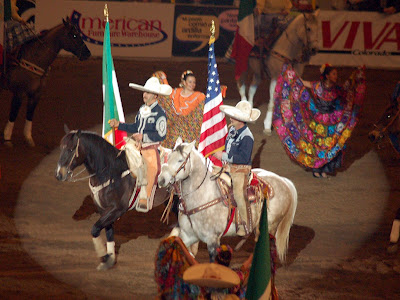 This is the Diaz family waving goodbye to the crowd as they made one last lap of the ring. 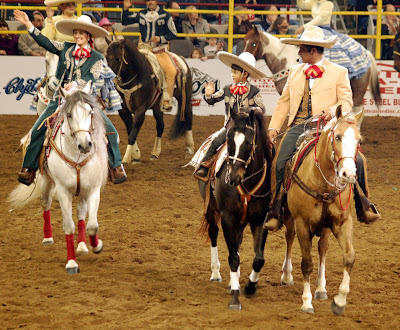 And that's it--the Mexican Rodeo was over. However, my coverage of it will go on for at least one more post. I still have tack pictures to share!
Posted by Braymere at 8:39 AM