Today's pictures are all from the Resin Halter division of the Spooky Turkey 2 Resin and Custom Halter Show held last Saturday in Boulder, Colorado. First up--a look at my table after I'd finished unpacking. Even when I'm not showing performance, my table is a mess! 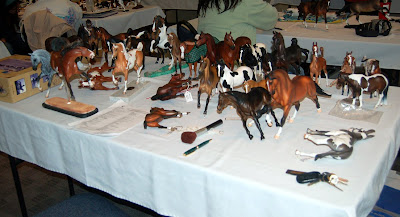 The first class of the day was Sport Horse Foals. I'm not sure who owned this lovely Little One resin, but I wanted to take him home with me. Too cute! 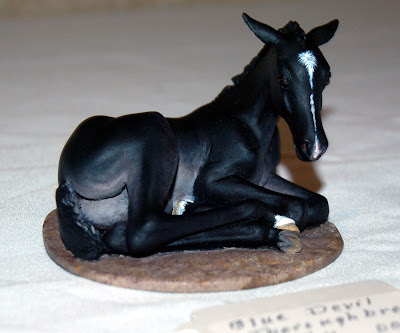 This Eberl Scampolo isn't half bad either. 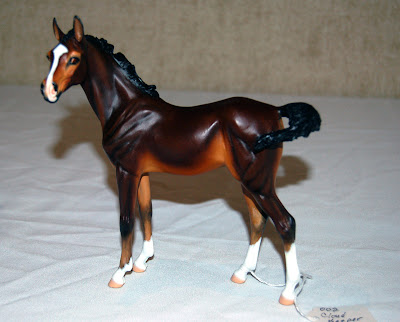 Even with such stiff competition, my own Gesche resin Rave Review managed to do quite nicely. 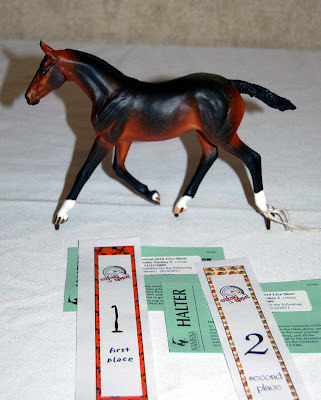 The Akhal Teke class was next.

My Akhal Tekes with their winnings. 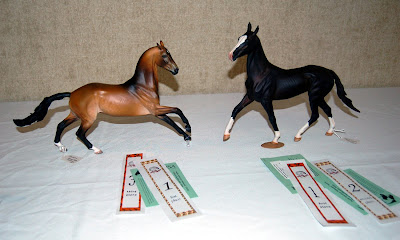 The Thoroughbred class was almost entirely made up of Carol Williams sculpts.

Somehow my Victrix painted mostly by me managed to beat out my Valor painted by Carol under one of the judges. I still can't figure out how that happened. Let's hope it never happens again! 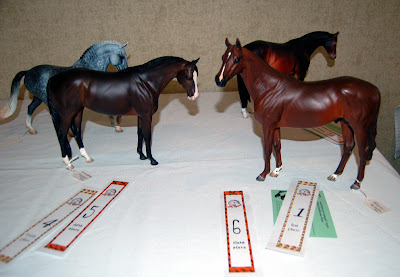 This class was called Other Pure Sport. All the Warmbloods ended up in here.

My boy, Adonis Z, did quite well. The pinto Showman in the background is also mine. I really like him but he never places well. Probably one of these days I will get the hint and stop taking him to the shows. Or perhaps not. As I said, I really do like him! 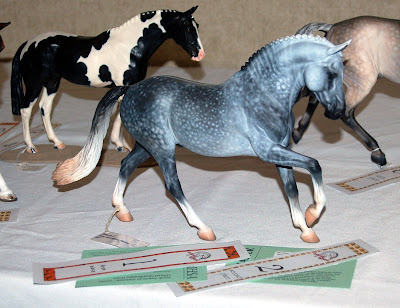 This is Sheila's lovely Hazel in the Mixed Sport class. 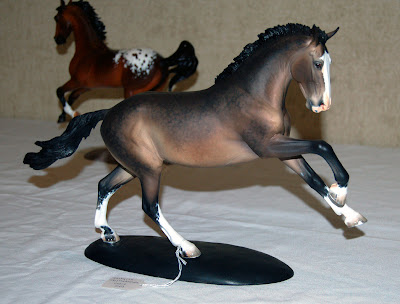 A customized Romance, also in the Mixed Sport class. 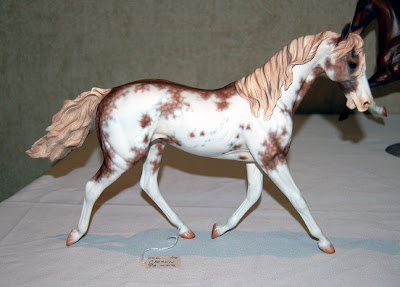 This is a Before the Storm resin customized and painted by Myla Pearce. He is owned by Sherre Tuley. 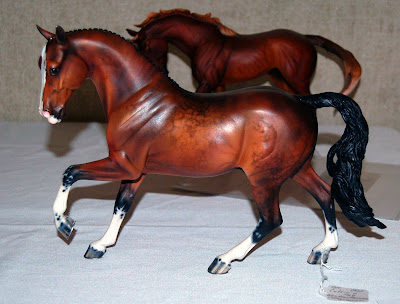 This cute Cognac resin competed in the Light/Gaited Foals class. 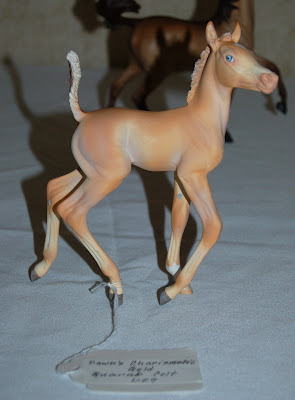 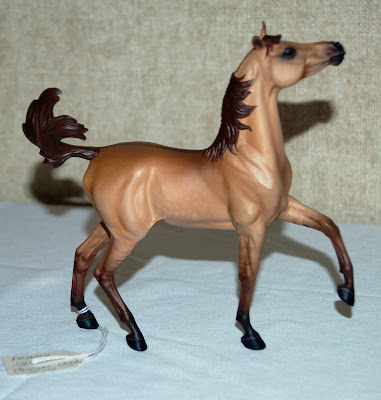 The Arabian class was probably the biggest class of the day. 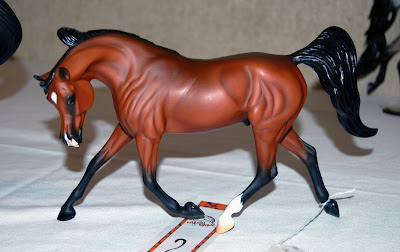 My own UVM Right Royal was the big winner. 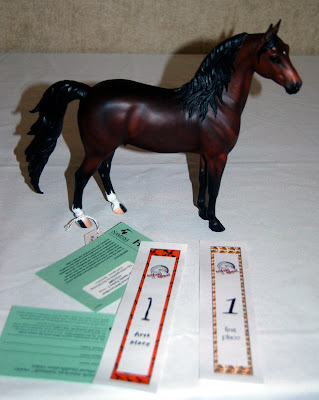 The Saddlebred class. I own the black Dozen Roses in the middle. He was the winner under both judges. 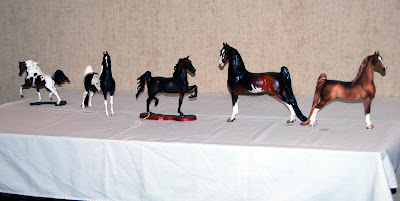 There were only two horses in the Tennessee Walking Horse class but they were both nice. This is Nancy Dement's Chet... 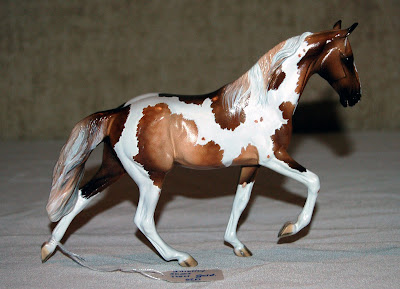 and this is Jane Schneider's Independence. 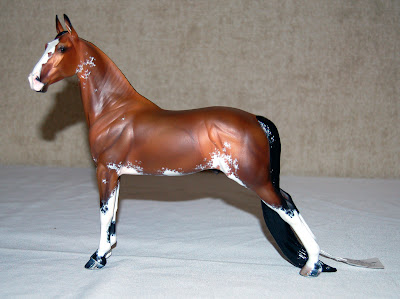 I love this horse! He was painted by Sheila Anderson Bishop. 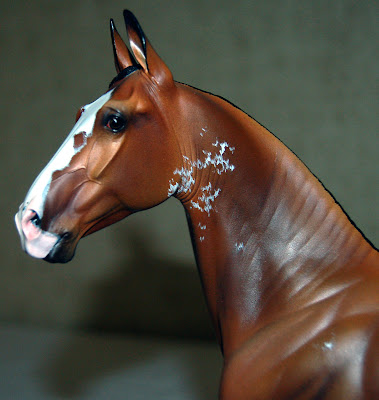 Here's a look at the Light Breed callback table. There were no Champions and Reserve Champions at this show. Instead, each division had its own Top Five. 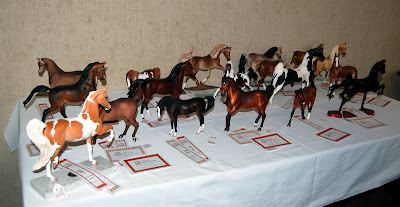