The Stock Foal class was very good to me. Rajun Cajun was second and third... 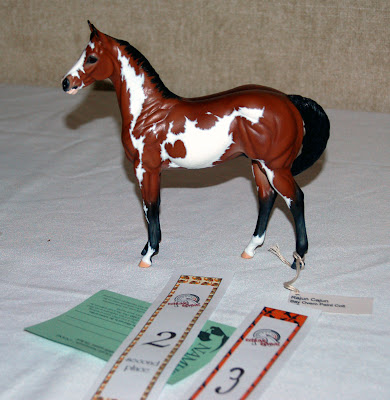 and Sweet Side was first and first! 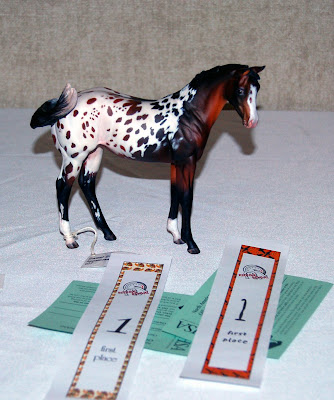 Good old Rugged Passion was first and third in the Appaloosa class. 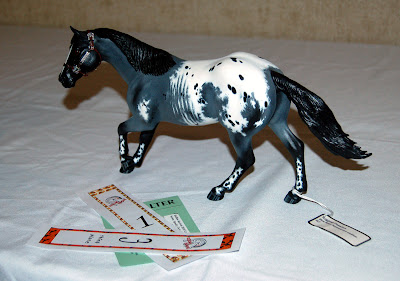 The Paint class was small but tough.

I was very pleased that Letter to Laredo did so well against that kind of competition! 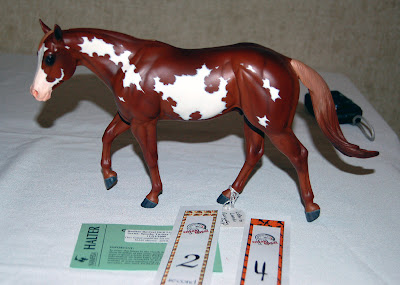 The Mustang class. I own the War Chant in the middle.

A close-up look at Sherre's Stormwatch. 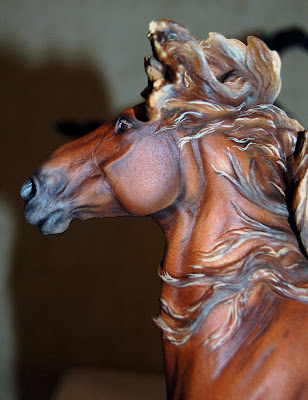 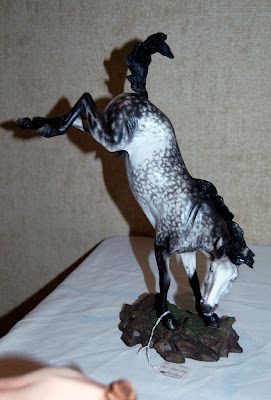 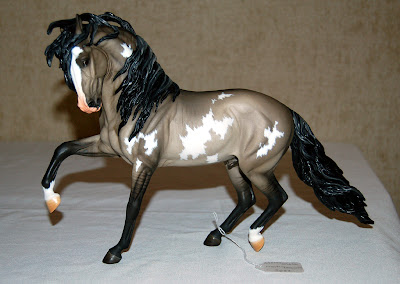 The Stock Breed Call Back table. 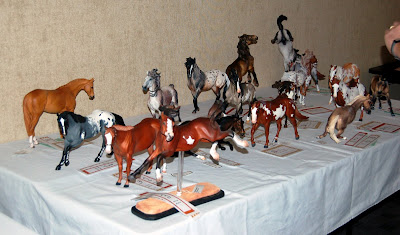 This is Sheila's lovely Scarlett resin. 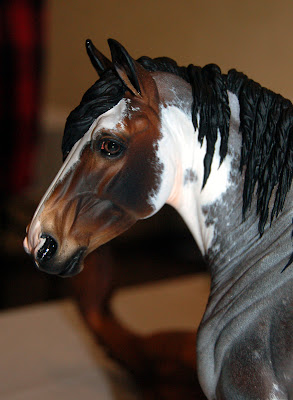 Draft and Longears Call Back Table. 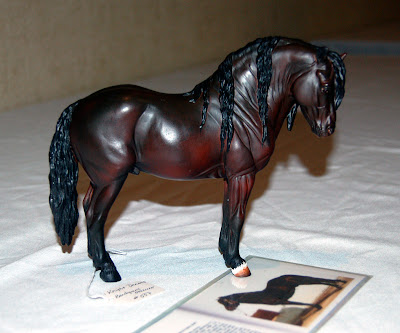 Another one of Sherre's ponies--this is an Otto painted by Deb Loveless. 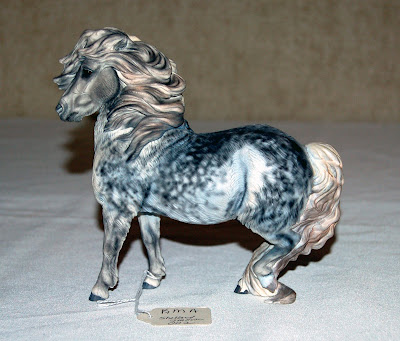 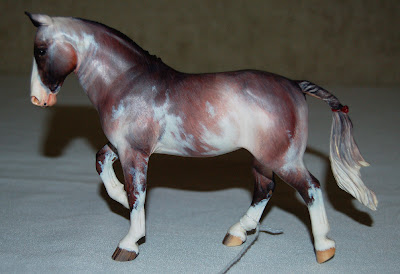 My U-Know resin. Princess Buttercup won her first ever NAN cards at this show. 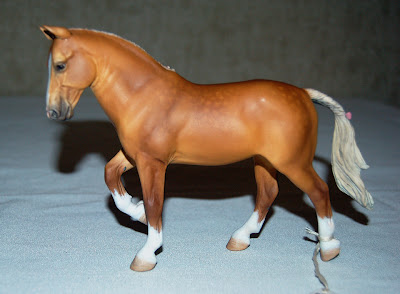 The foals had their Top Five Call Backs at the very end of the day. Five of these cute babies belong to me!

While the Foals were being judged, I set up all my Top Five division winners with their certificates. Here they are. From left to right, they are:

One of the three call back tables for the Overall Top Five. 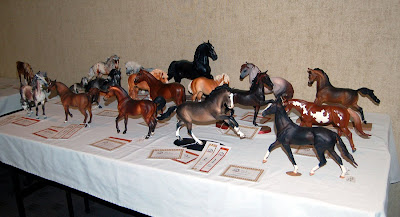 Table three. This was a small show, but there were still a lot of awesome horses on those tables!

Two of my models were awarded Over All Top Five honors. The first is little Sweet Side. She is a Carol Williams Parrs Dream Doll resin customized and base coated by Simrat Khalsa. I bought her as an unfinished project pony and did most of the finish work from the withers back. 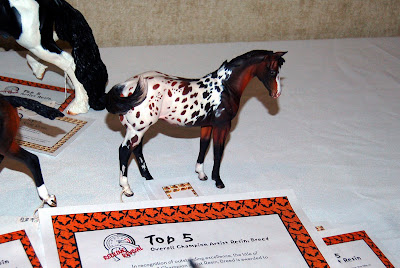 Lovely Alyosha was my other big winner. 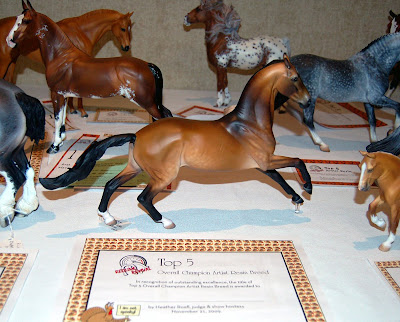 Hope you enjoyed these pictures. I still have a few more photos from the show to share tomorrow, but be sure to watch this space for a big announcement later in the week.
Posted by Braymere at 3:16 PM