My horses really did win forty nine NAN cards at the Spooky Turkey 2 Resin and Custom Halter show yesterday. That was a record for me, and I have to say that I enjoyed every minute of it. However, before you get too impressed I should mention that this was a very small show with only ten showers in attendance. Several showers brought less than ten horses while I had thirty three models on my table. Numbers alone indicated this would be a good show for me. It also helped tremendously that every class was double judged, and one of the judges was Teresa Fedak. This meant two things. Not only was it possible to win two cards per class, but my horses didn't have to compete against Teresa's awesome showstring. All in all it was the perfect storm for Buxton horse success!

Without the distraction of performance, I found the time to take lots and lots of pictures. This first group is from the Traditional/Classic Custom Breed division.

My own Nejmet es Subh won the Custom Light Breed class under both judges. She later won both sections of the Custom Grey Workmanship class and was Overall Top Five in both Breed and Workmanship. Nejmet is probably my very favorite model, so I'm always especially delighted when she does well. 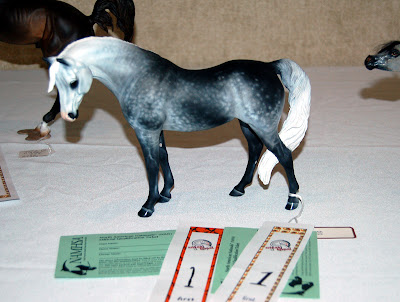 I didn't bring many customs, so the rest of the horses in these pictures belong to someone other than me. If anyone has information about the owners or customizers of these pieces, please feel free to add that to the comment section.

I really like the rabicano markings on this customized Ruffian. 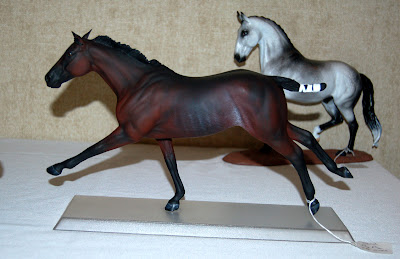 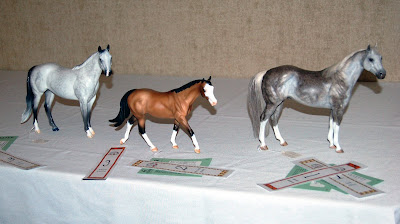 Spotted stock horses. The one on the left is a vintage Fraley. 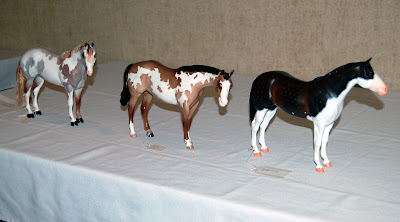 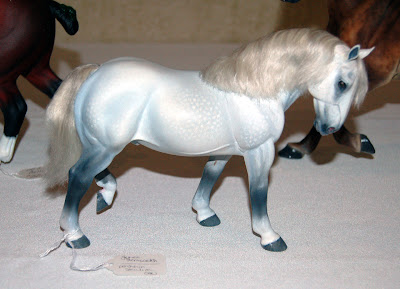 I believe this loud little Appaloosa was showing in the pony division. While I do not generally care for this mold, this one was pretty cute. It looks like at least one of the judges agreed! 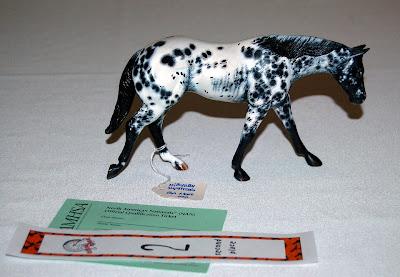 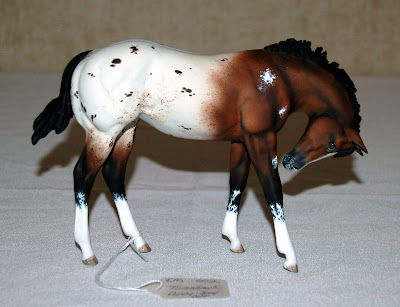 Another cute custom Stone weanling. I think this one belongs to Esther. 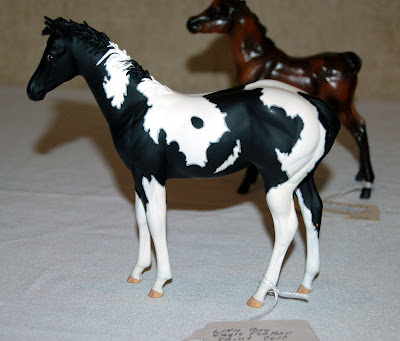 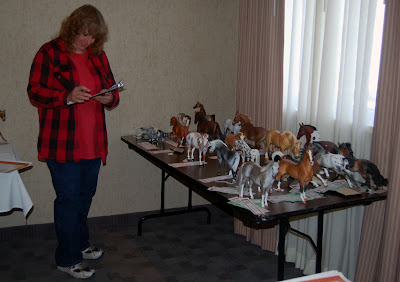 Lots of resin pictures to follow...
Posted by Braymere at 8:52 AM