Flag Race is a timed gymkhana event that tests a riders ability to pick up, carry and put down a flag while riding around a pattern of barrels at speed. A quick Google search reveals there is no one standard course diagram for flag racing. I was able to find course diagrams with one, two, three and four barrels. However, it seems that the three barrel configuration might be the most popular. The rider races to the first barrel and removes the flag from the bucket. She then gallops around the second barrel and places the flag in a bucket atop the third barrel. Penalties are assessed for a dropped flag or a flag that does not land in the bucket. 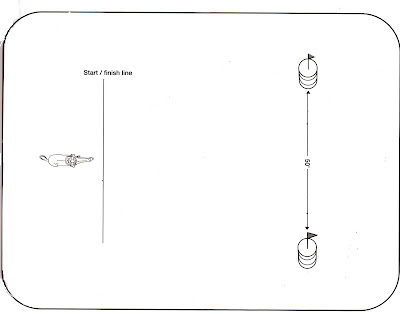 Flag Race is an event that can be adapted to riders of all skill levels. The Aurora Horsemen's Association allows young children to compete leadline style. This little girl is holding the flag as she trots to the first barrel. 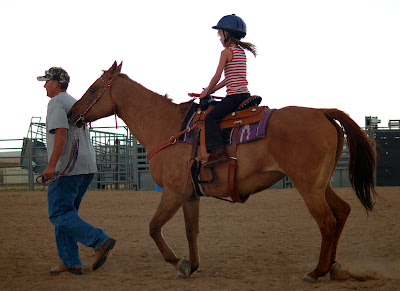 Of course the best part of a leadline speed event is watching the handlers sprint to the finish! 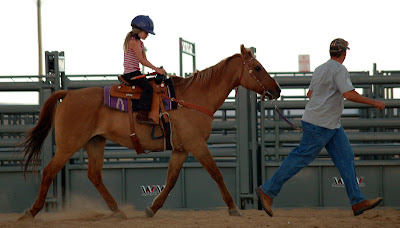 Here is a slightly older rider heading to the first barrel at a trot. 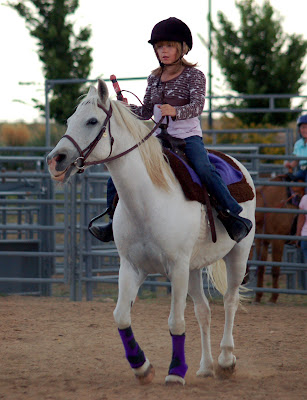 Most of the ten and under competitors went pretty slow, especially around the barrels. 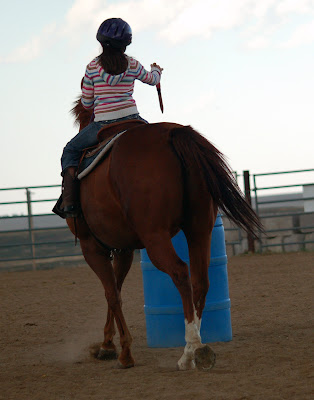 In this picture, the rider has just picked up the second flag and is asking her horse to "race" for the finish line. 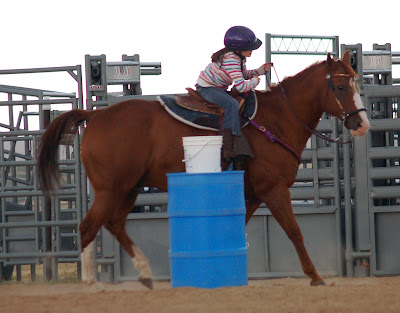 Not surprisingly, speed increased with the age of the rider. Most of the older riders completed the entire pattern at a canter or gallop. After watching a couple of the faster rounds, it became apparent to me that there were two different strategies for getting that first flag into the bucket. This man is demonstrating the slower option. He has made a tight turn close to the barrel and is actually placing the flag directly into the bucket. 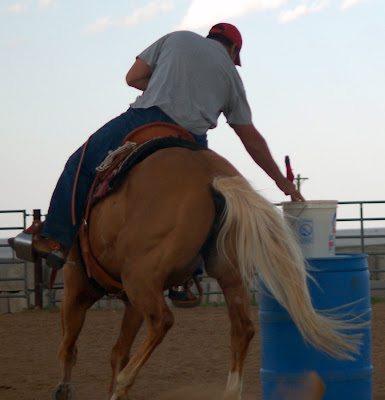 Here's a look at the faster option. This girl tossed the flag into the bucket as she galloped past it. She was able to go a lot faster because she didn't have to check her speed to make that tight turn. 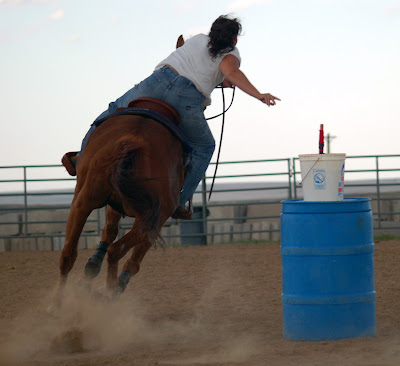 And again. This girl and her speedy chestnut were the eventual winners of the open class. 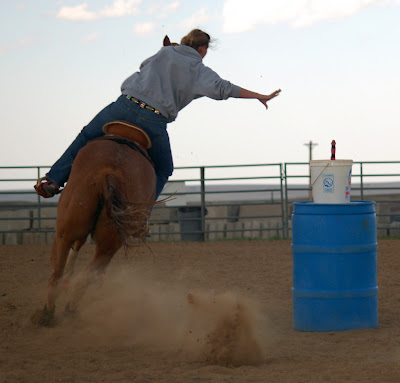 A look at their second barrel. These two were quick! 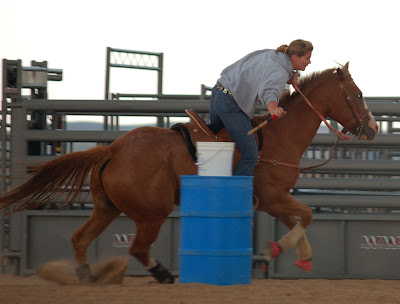 As with all gymkhana events, tack requirements are pretty minimal. Most associations require nothing more than a Western saddle and bridle. However, serious competitors will tend to use gaming type saddles, leg protection and closed, roping reins. Tiedowns and various types of mechanical hackamores are also common. Young riders (and some adults) may wear helmets for safety reasons.
Posted by Braymere at 12:55 PM