After we said goodbye to Sammy and Nora, Carol and I went on a tour of Neuschwanstein Castle. 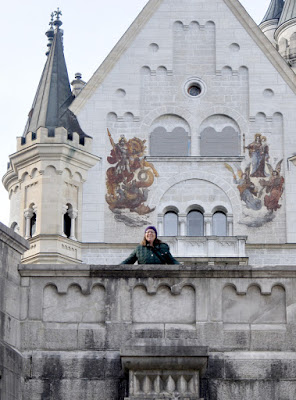 Photography is not allowed inside the castle. I saw a few people sneaking shots with their cells phones, but I don't roll that way. All my photos are of the outside. 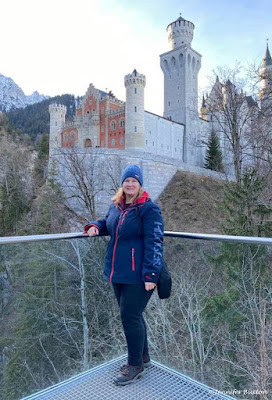 Here's the view from the castle grounds - spectacular!

We left the castle and hiked to St Mary's Bridge, where we took more pictures of the castle. 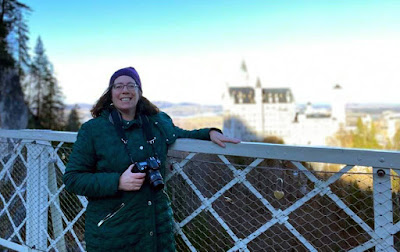 Then it was time to head back down the hill. I was sorely tempted to pay for another ride on the carriage, but Carol was having none of it. She was right, but still... We took a hiking trail down to the parking lot. It was beautiful, and we were able to catch glimpses of the horses between the trees. 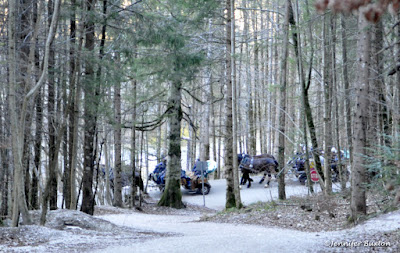 We reached the road, and a horse trailer drove by us. I said, "Wouldn't it be great if that stopped right here in front of us."

And then it did!

Carol wasn't willing to pay for a second carriage ride, but she stood there with me as we watched the driver unload both of his horses. She's a good friend. 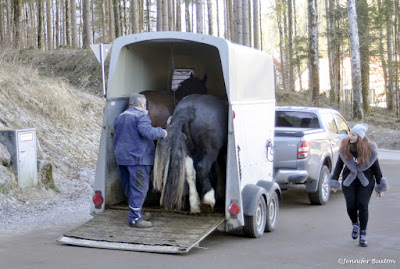 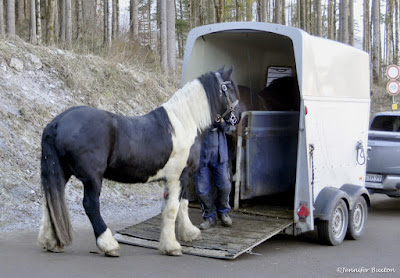 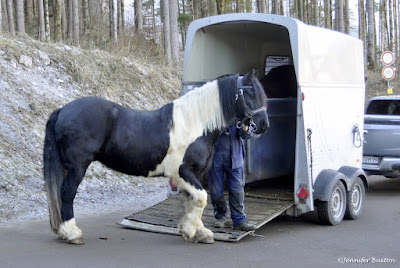 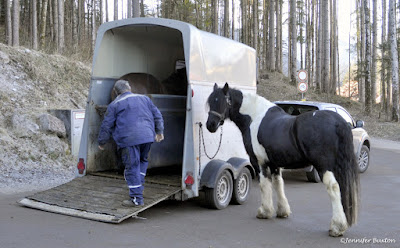 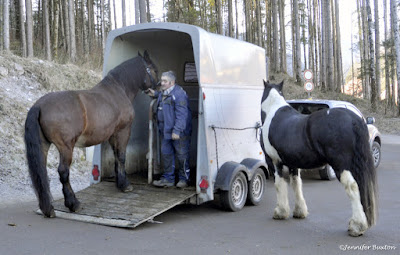 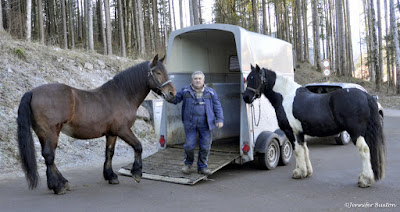 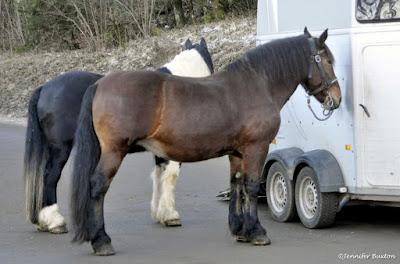 I look forward to being on the other side of this. I can not wait to enjoy horsey adventures with my friends again.
Posted by Braymere at 10:13 AM