Riding in a winter wonderland

Shortly after my Trillium lease ended, I bought a Groupon for a two hour trail ride for four people at Chatfield Stables in Littleton, Colorado.  I had visions of a happy family outing, but instead, I got a scheduling nightmare.  Weeks passed, then months, and the Groupon remained unredeemed.  With the expiration date looming, I decided enough was enough.  One way or another, with or without my family, I was going on that ride.

And yesterday I did exactly that! 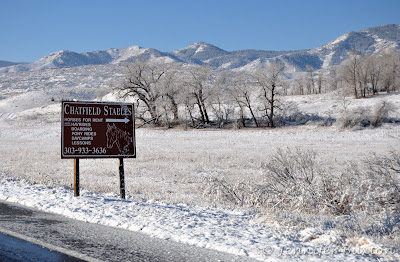 As it tuned out, James was the only other Buxton in attendance. 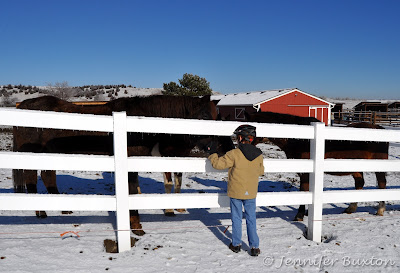 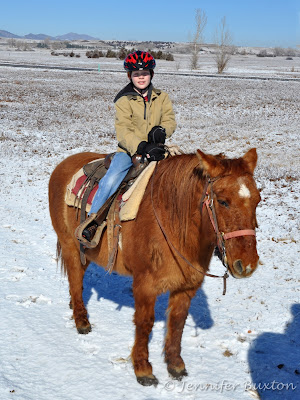 Carol came, too.  She was assigned to a nice looking mare called Skipper. 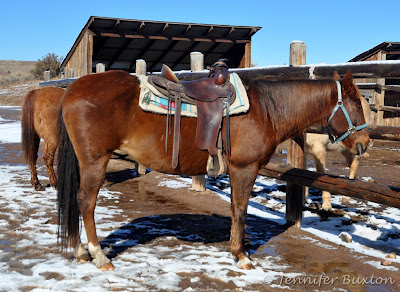 My mount was a big bay Thoroughbred named Brownie. 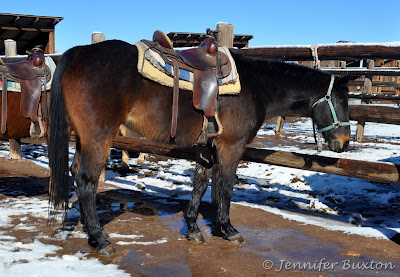 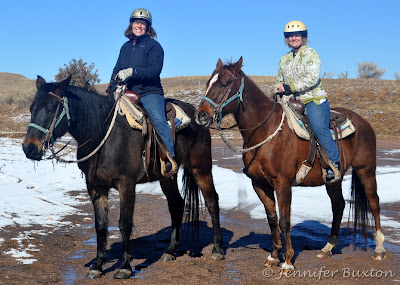 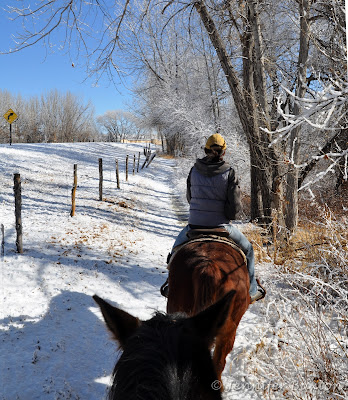 The trail took us past a frozen lake, 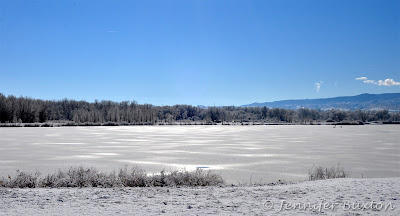 through the Platte River, 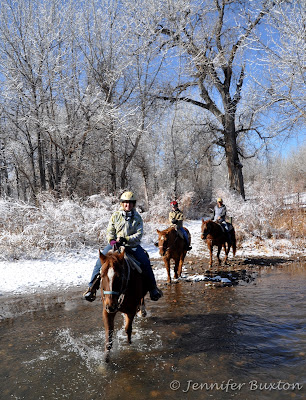 and into the woods. 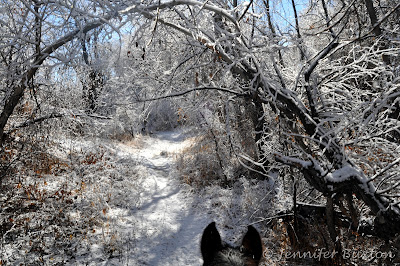 This part of the ride was breathtakingly beautiful--a true winter wonderland. 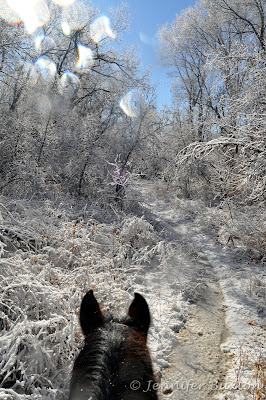 I grew up in a part of Southern California where it never, ever snows.  Naturally I dreamed of frosty, winter rides. 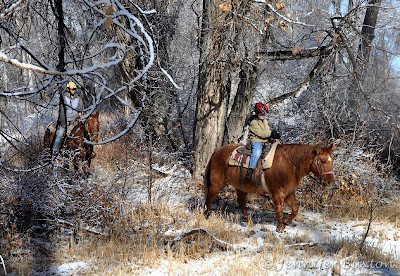 When I was eighteen, I moved to Colorado.  A year later, I met my friend Trisha and realized my dream of riding in the snow.  Unfortunately, reality fell short of the fantasy.  I quickly learned that snowy rides were slippery rides.  The ground was invariably icy and slick, muddy and slick or so snowy the horses' hooves filled with snowballs.  Plus, it was cold. 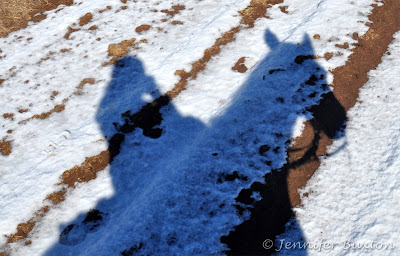 Amazingly, Thursday's ride was plagued by none of those issues. 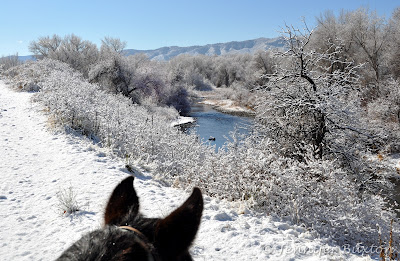 The weather was chilly but not unbearably so, and the footing was the perfect--not icy, not muddy, not slick. 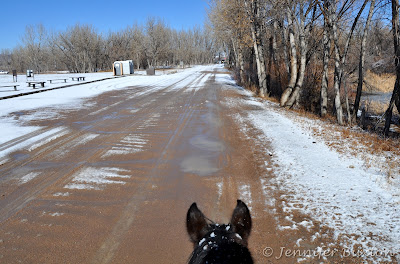 The horses were well behaved and the company was stellar. 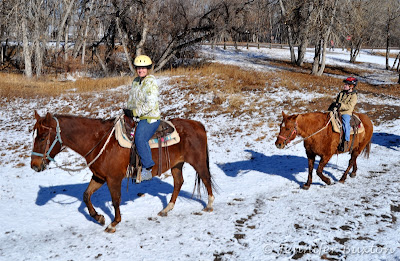 After so many years, I finally experienced the perfect winter ride! 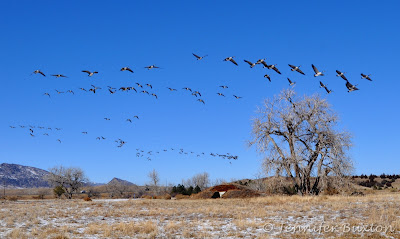 It almost makes me want to buy another Groupon...
Posted by Braymere at 4:42 PM