The day started with a one entry harness class. 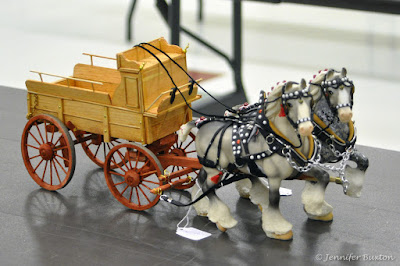 The next class was a three entry combined native costume event that included one Native American... 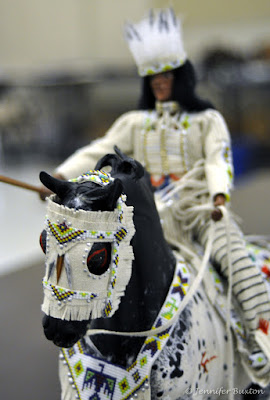 and two Arabian costumes. My own Schutzengel looked smashing in the six year costume... 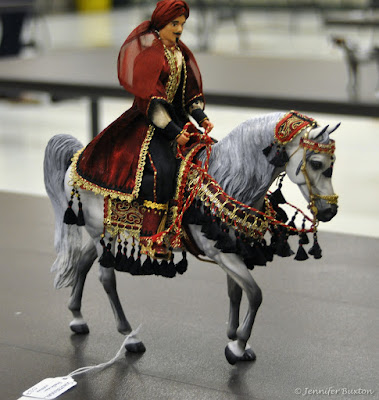 but top honors went to Teresa Buzzell's horse wearing a costume by Cary Nelson.
Other Costume/Parade was next. 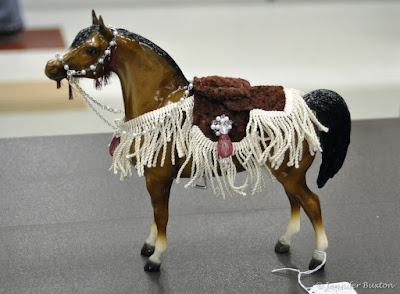 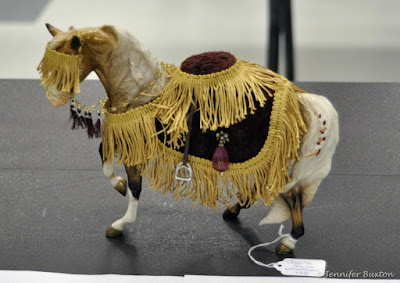 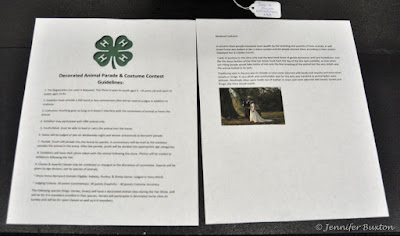 one Arab costume that missed the Native Costume class, 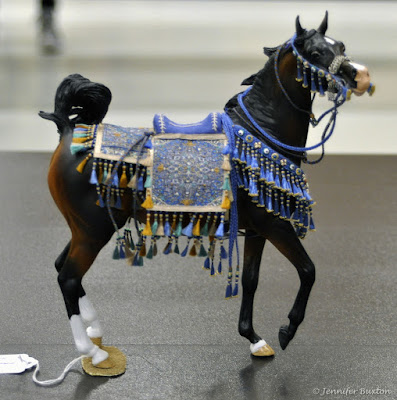 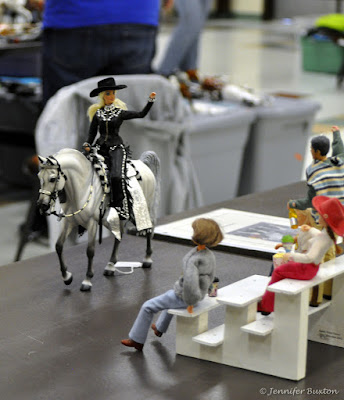 Schutzengel (with an assist from Jose) won the blue. 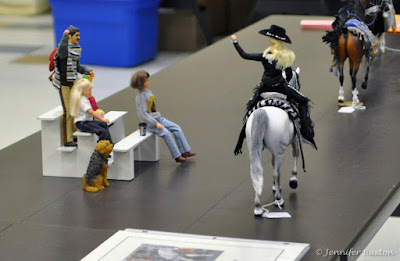 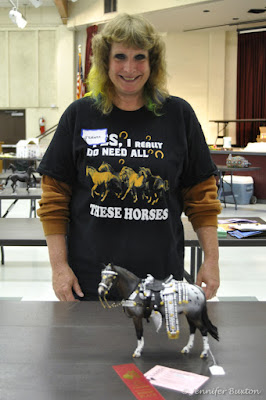 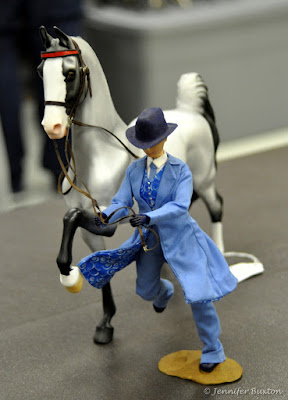 Except for my barrel racing draft horse... 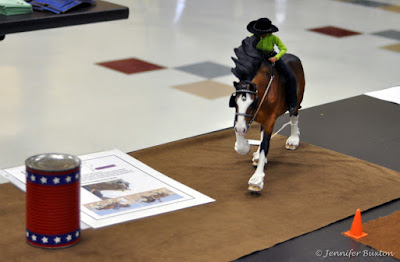 this was basically a showmanship class. 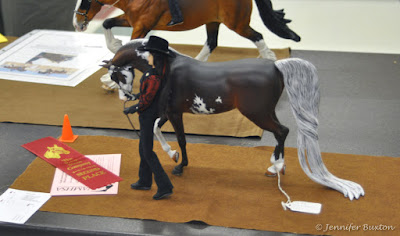 Showmanship is not my strong suit, but this time I tried really hard to put together a polished entry. 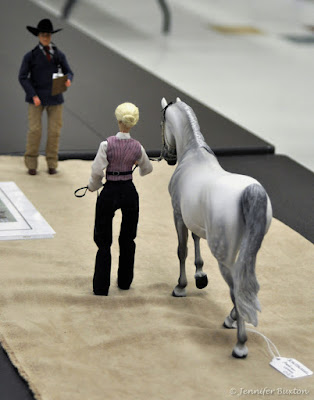 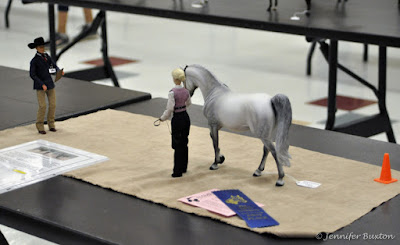 Liam was a couple slots back in third. 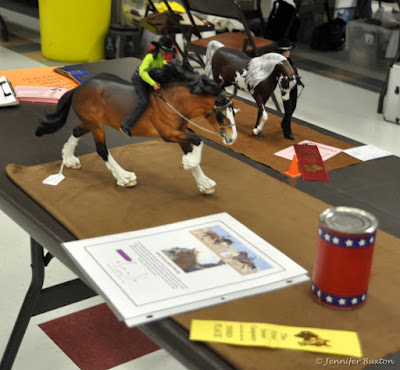 With two firsts and one second, Schutzengel was named champion of the Other Perfromance division, and my day was off to a great start!
Posted by Braymere at 1:23 PM