The first big show of the 2015 season was A Midwinter Night's Ball, which was held last Saturday and Sunday at the San Gabriel Community Center in Georgetown, Texas. 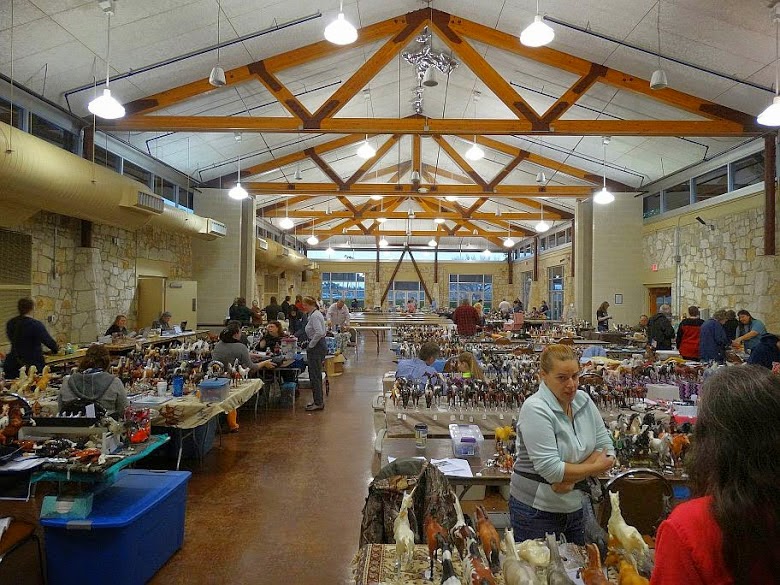 I love Texas shows.  Not only is the caliber of competition consistently excellent, there's always at least a couple cameras in the show hall.  This group of pictures comes from my friend and long-time customer, Kellye Bussey, and covers the Custom/Artist Resin Other Performance and Costume Divisions. 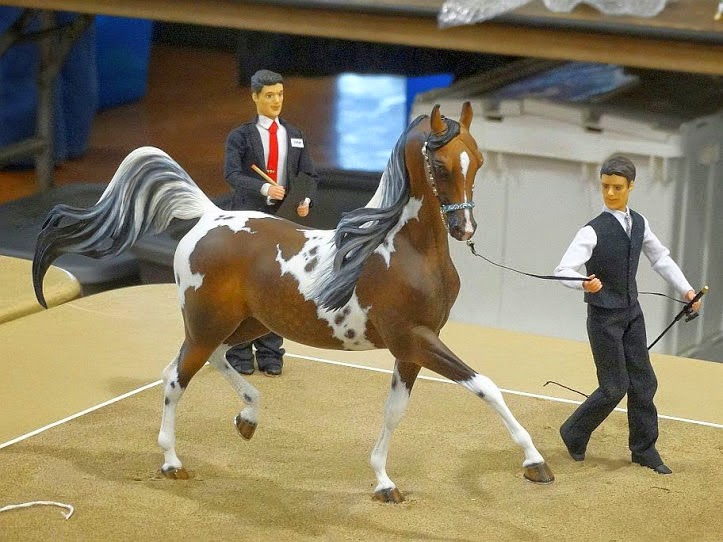 First up is one of two rustic outhouse entries. 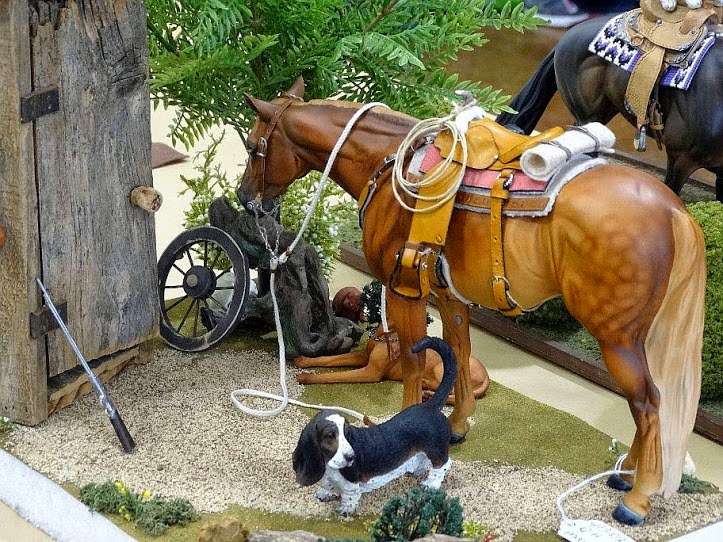 I love all the little details... 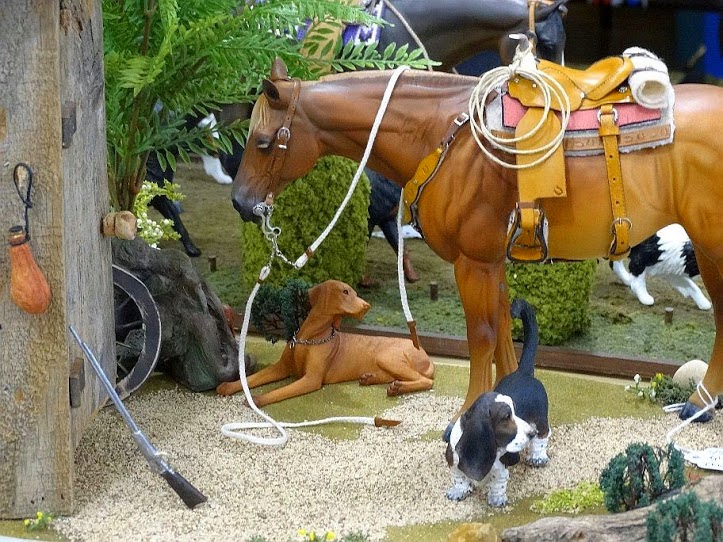 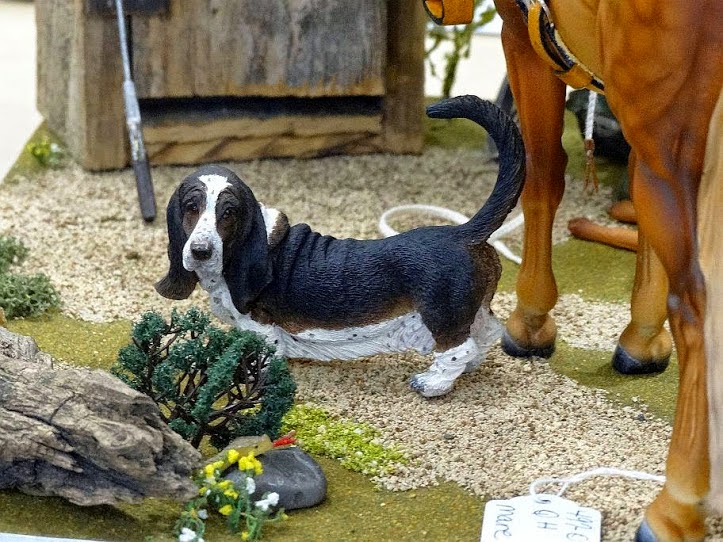 That's a tough act to follow, but the second outhouse entry is up to the task. 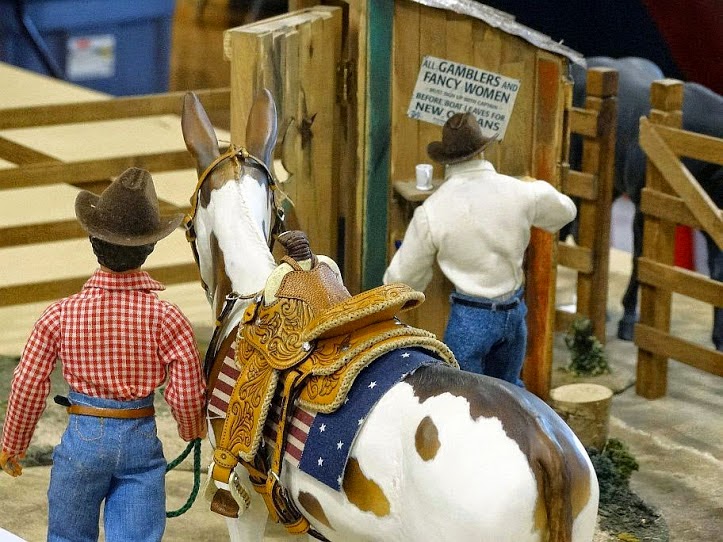 There's so much good stuff here... 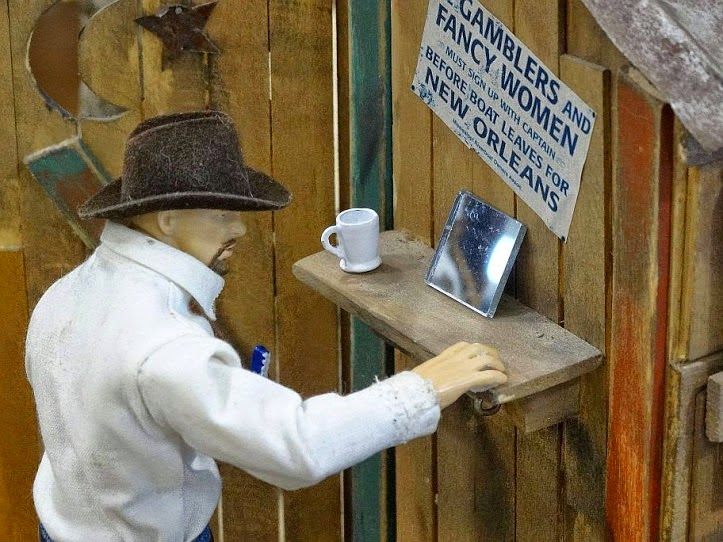 I can practically smell it from here! 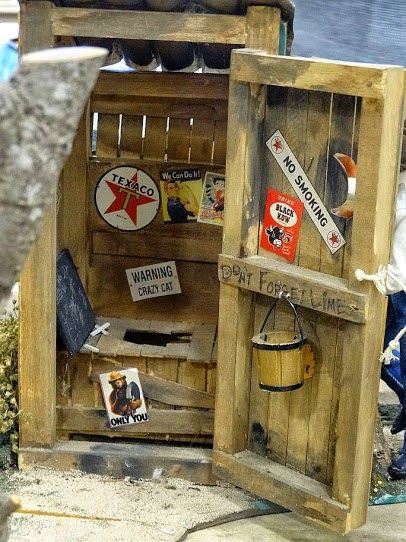 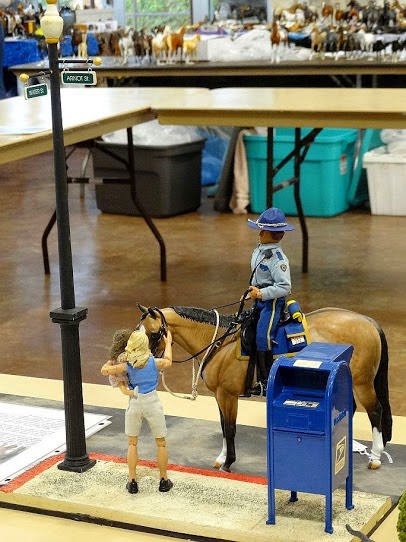 As someone who's introduced a lot of little ones to horses, I just love the idea behind this entry. 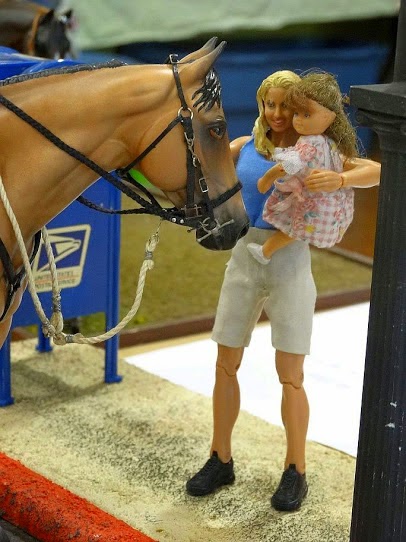 Speaking of little ones, I think Laura Skillern's leadline rider is just about the cutest doll ever. 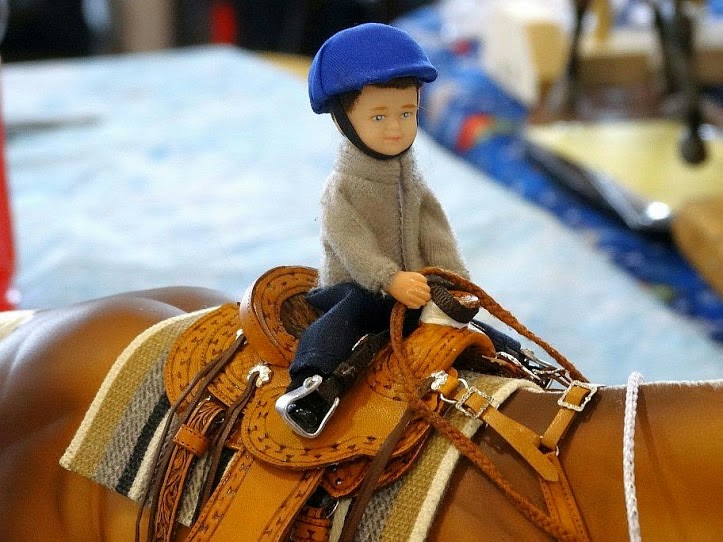 And proving that some people have all the talent, here's another one of Laura's entries.  She's quickly becoming as good a tackmaker as she is a customizer! 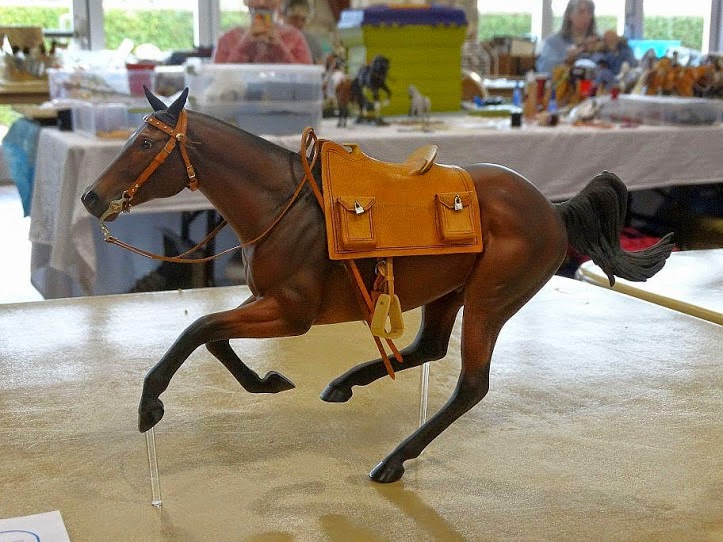 Kellye has long been the queen of Iberian performance and this Working Equitation entry shows why.  The Vega resin is by Mindy Berg, Charlotte Pijnenburg made the tack and Carrie Sloan Meyer built the bull prop. 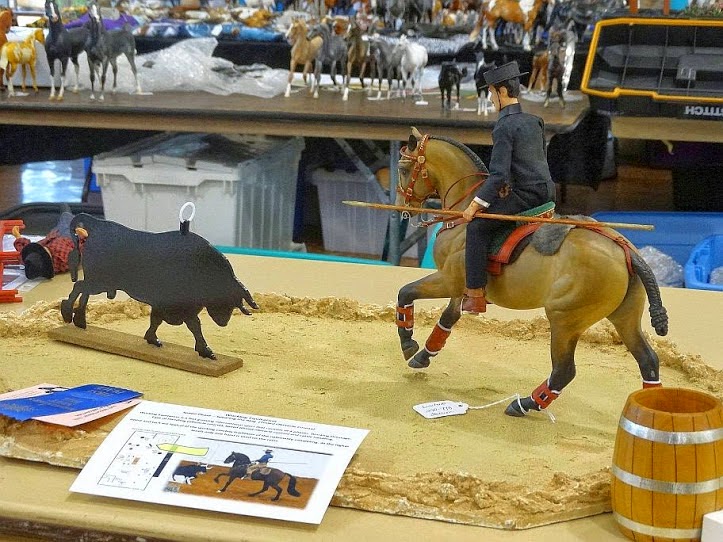 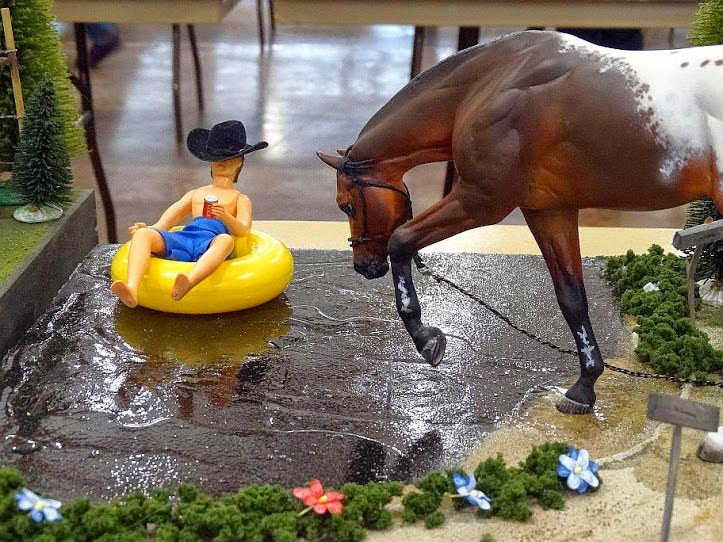 and another Pony Express set-up. 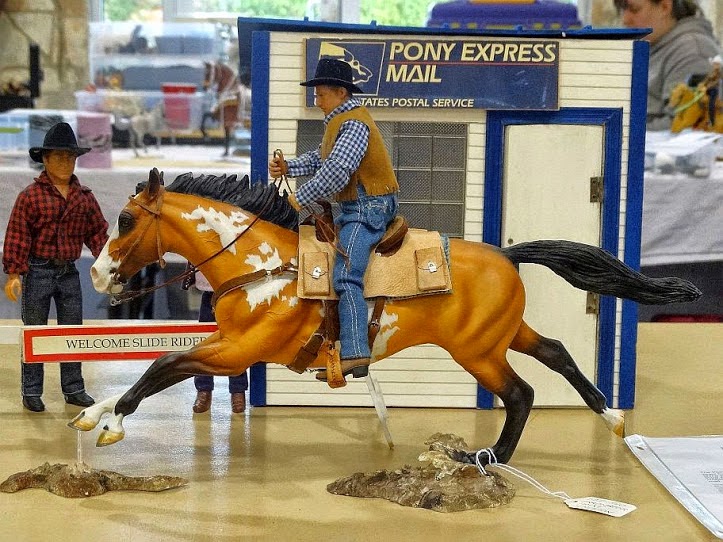 Moving on to Costume... 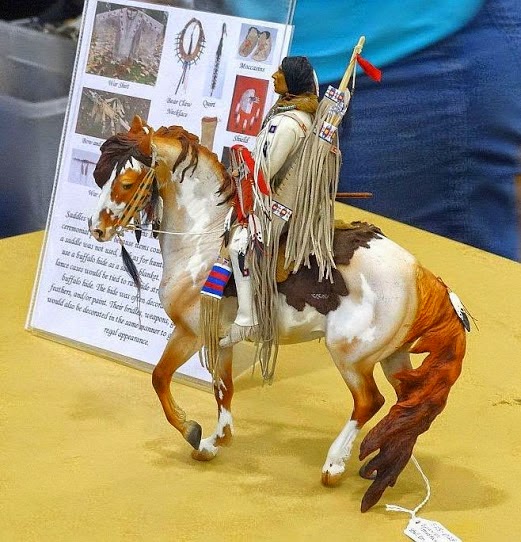 This might be the most realistic Native American doll I've ever scene. 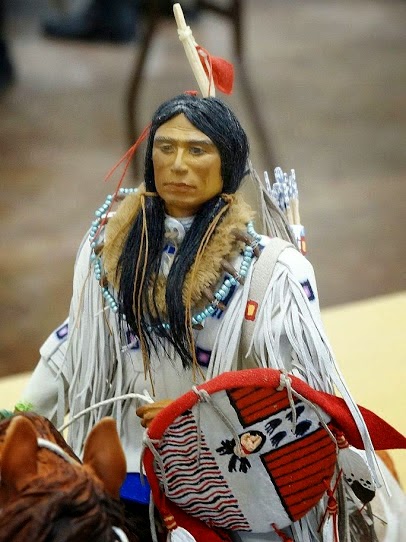 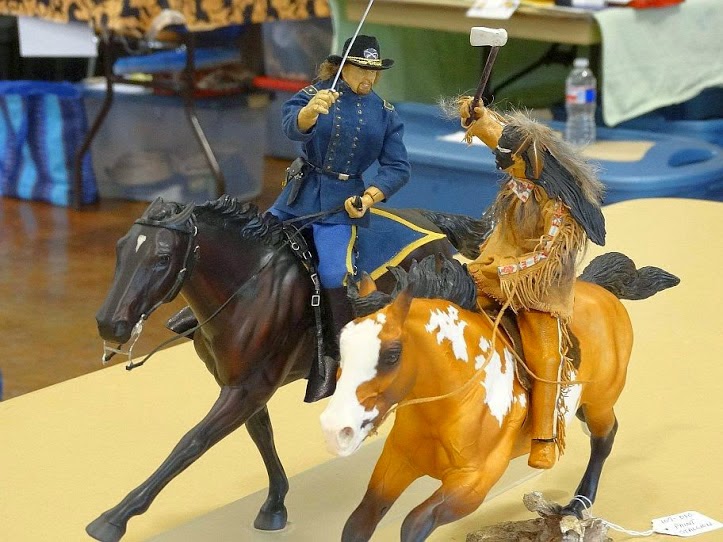 and a Criollo with familiar looking tack. 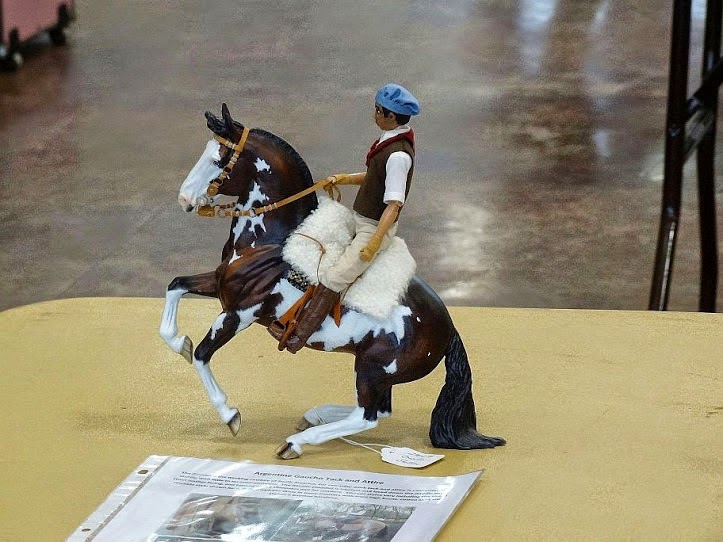 Last but certainly not least is Kellye's parade entry.  I do not usually care for Appaloosa markings on Arabian bodies, but this horse is stunning.  He looks superb in his silver tack. 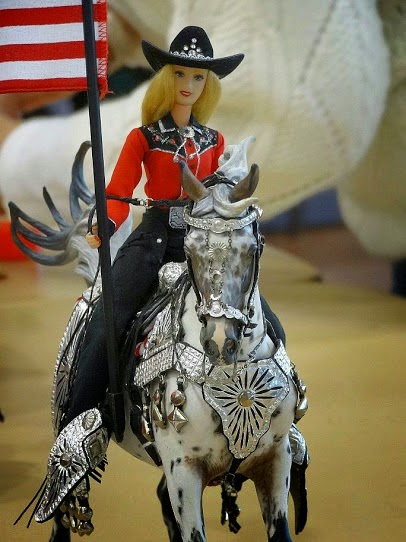 Congratulations on your winnings, Kellye, and thank you so much for allowing me to share your photos!
Posted by Braymere at 2:03 PM