By the time I met Snickers in 1983, she'd been a camp pony for many years.  Her arrival at Tom Sawyer predated that of the entire horse staff and most of the regular staff as well.  Because of that, it was very difficult to learn anything about her past.  In fact, the only information I ever uncovered was that, at some point, she'd had a baby. 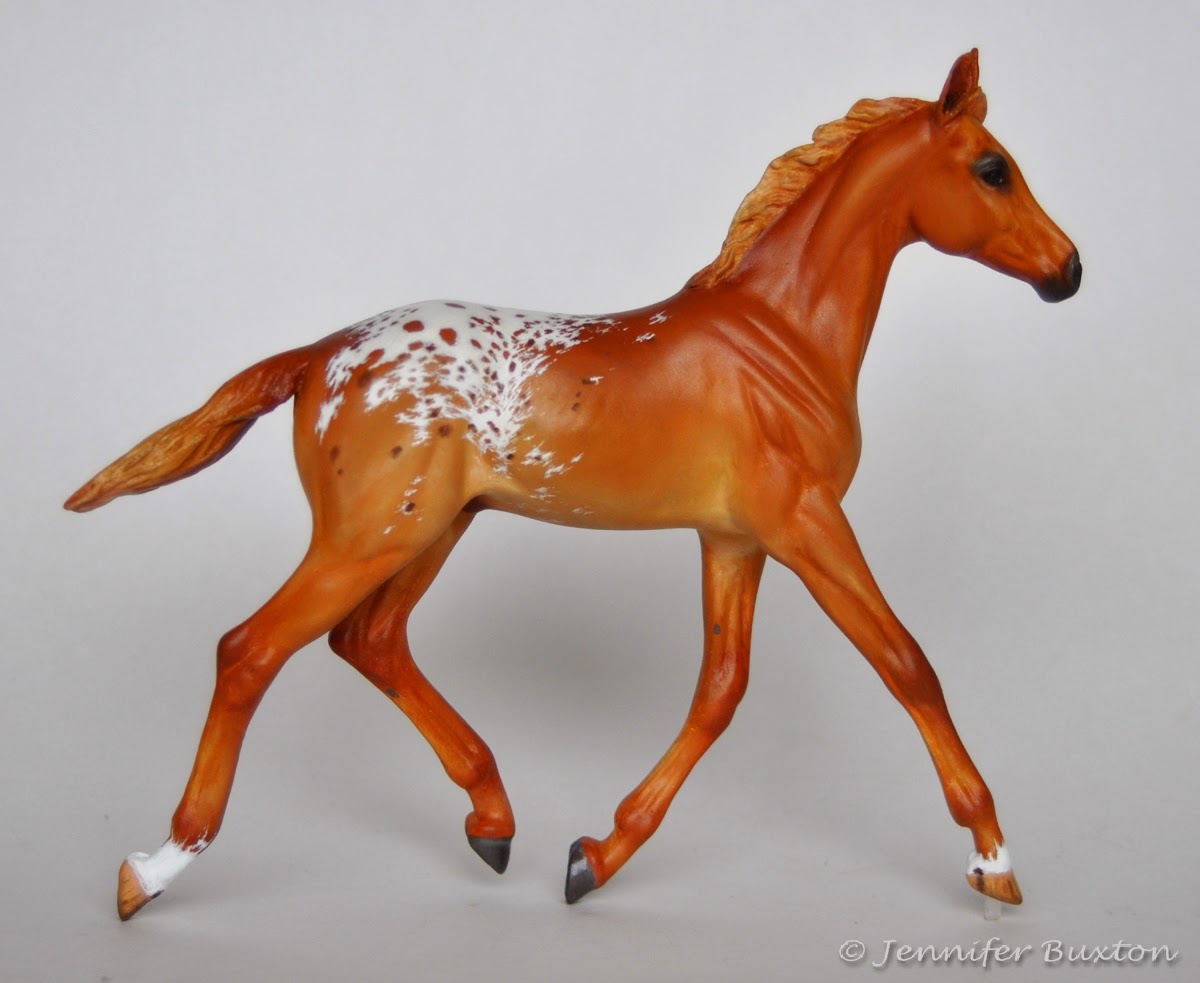 Unfortunately, the details about Snickers' foal were frustratingly sketchy.  I was told that its name was Speckles, and it looked a lot like its mother.  Beyond that no one remembered a thing, not even the foals's gender.   I found this incredibly unsatisfying, and my teenage self spent a lot of time obsessing over the mysterious Speckles. 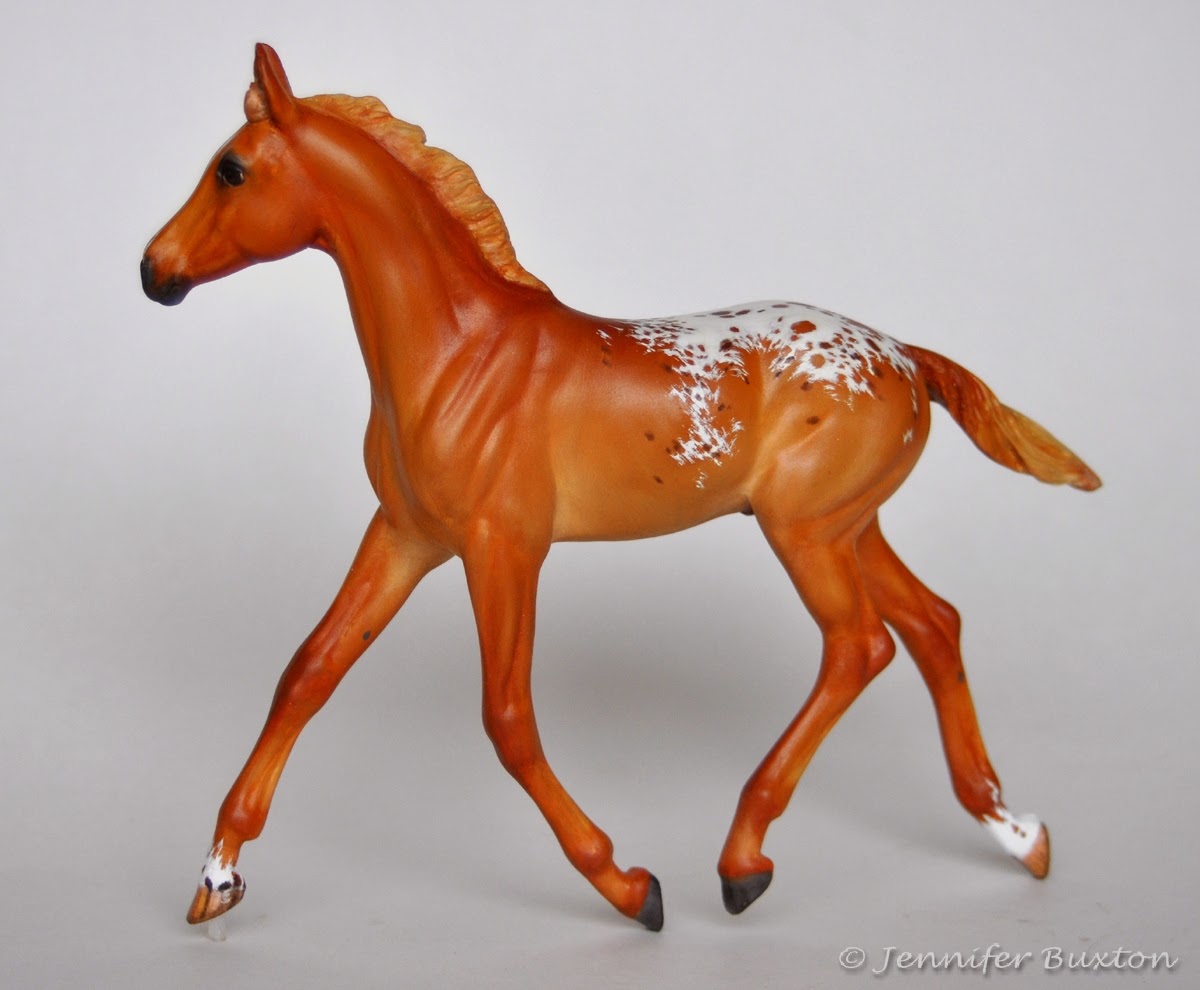 Eventually, however, the obsession faded.  Decades passed, and I all but forgot about Snickers' baby. 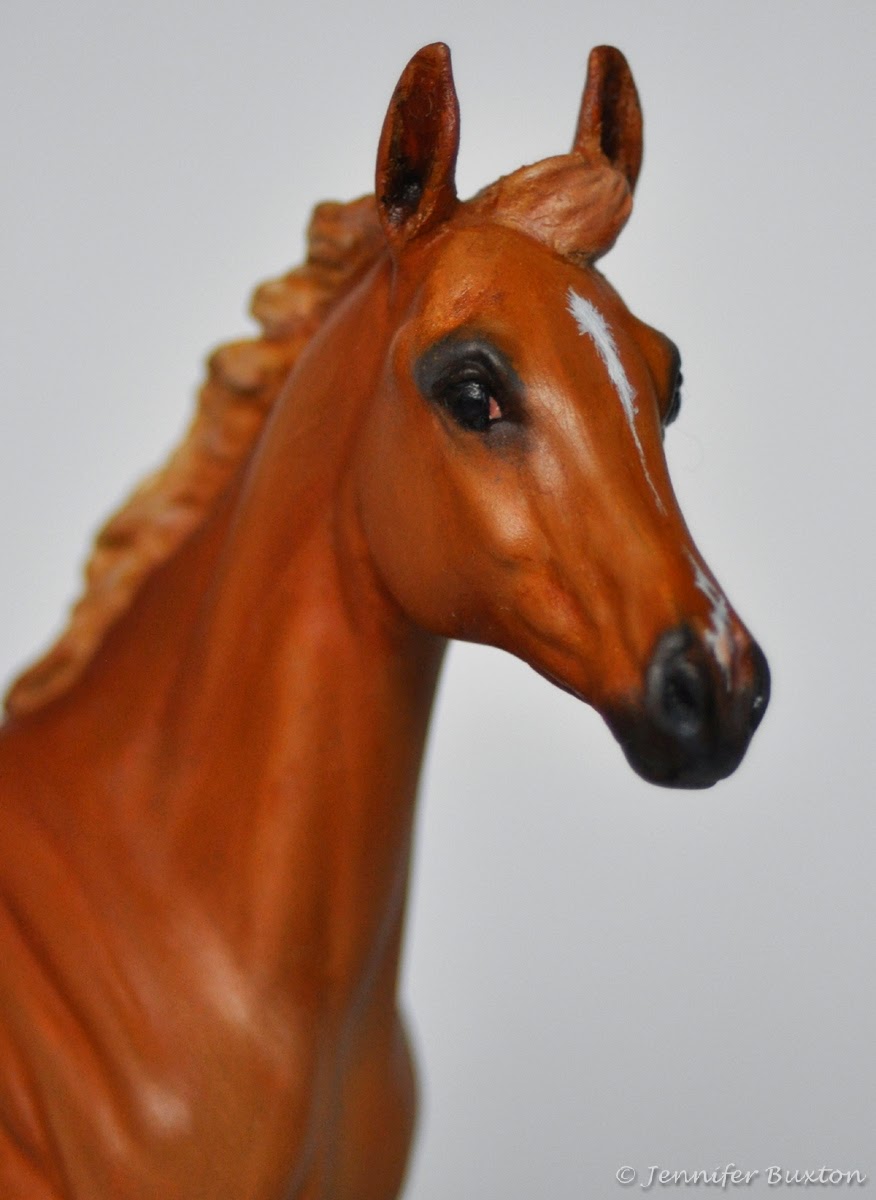 Fast forward to last week.  I was browsing some sales listings and spotted a custom foal by Kimberly Bleecker. 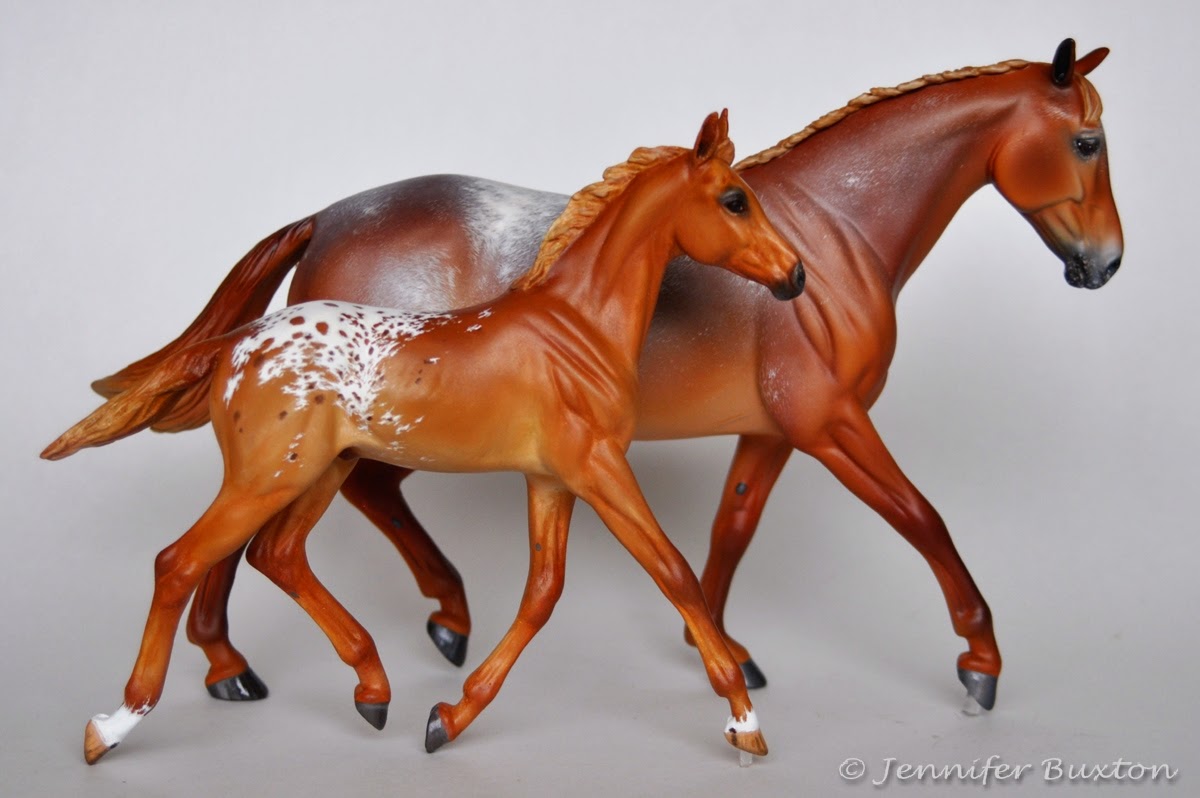 "Huh,"  I thought to myself, "That kind of looks like Snickers." 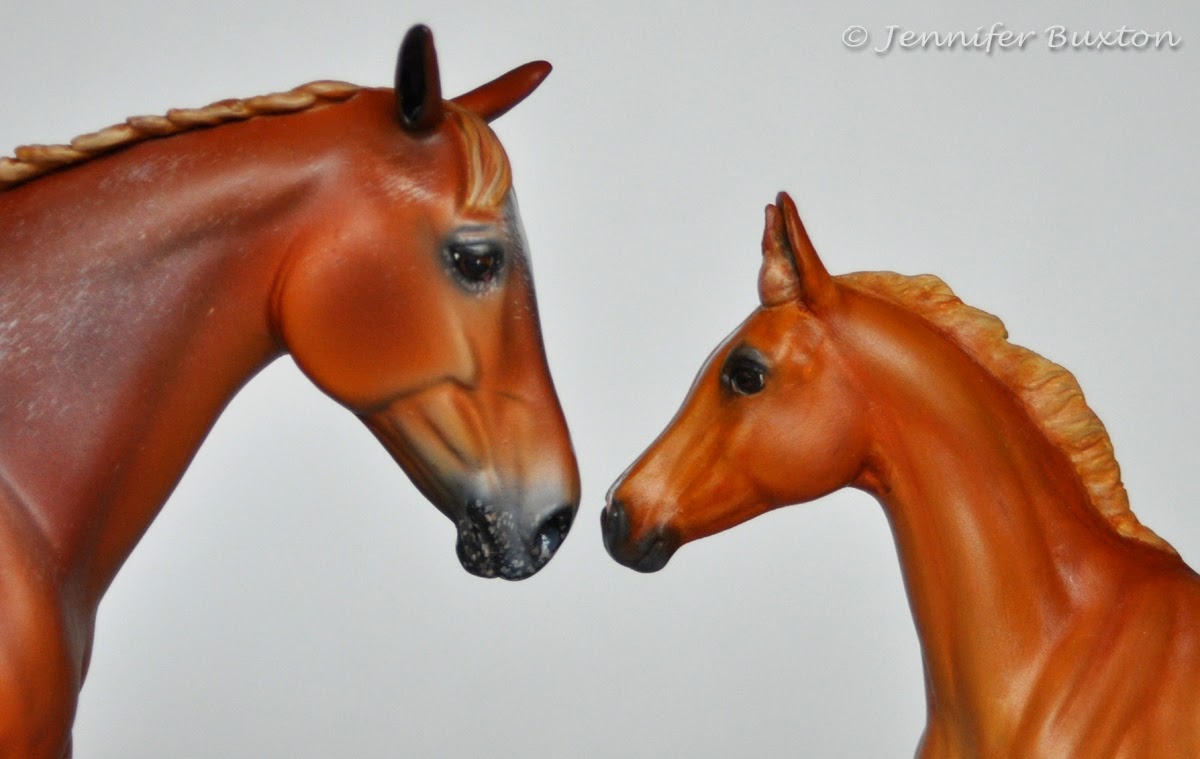 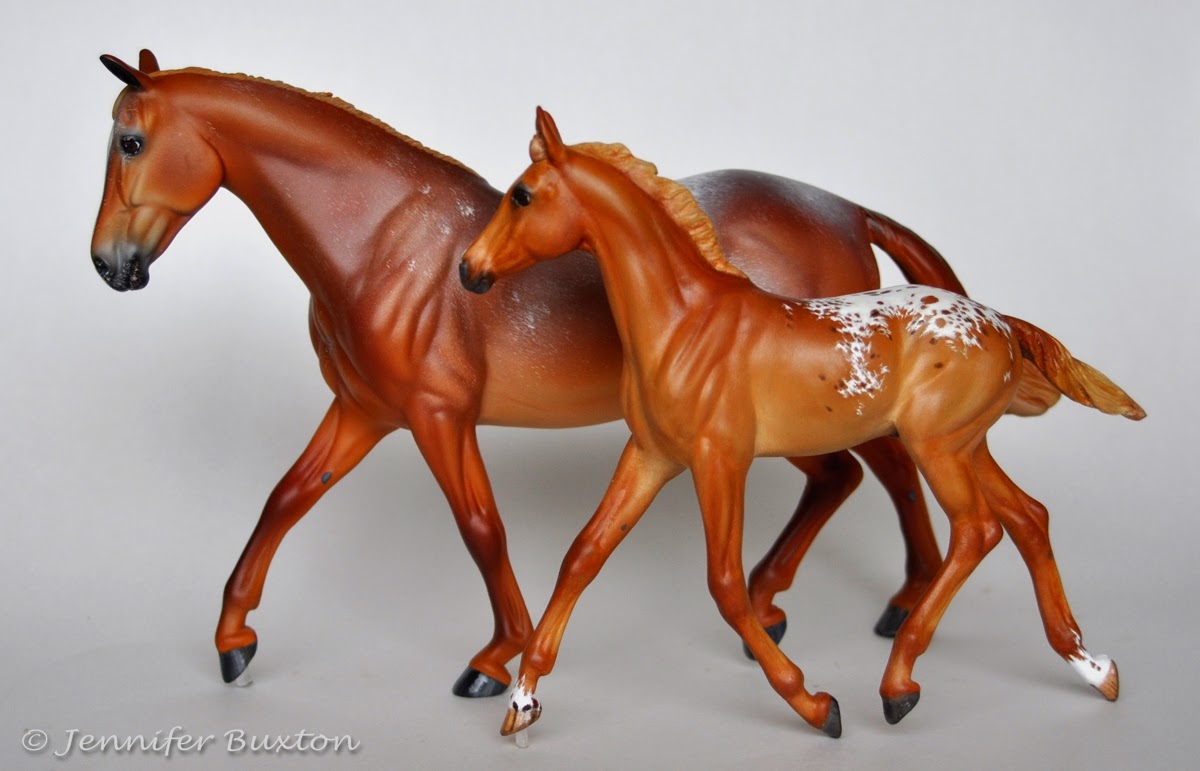 One thing led to another, and now that foal belongs to me. 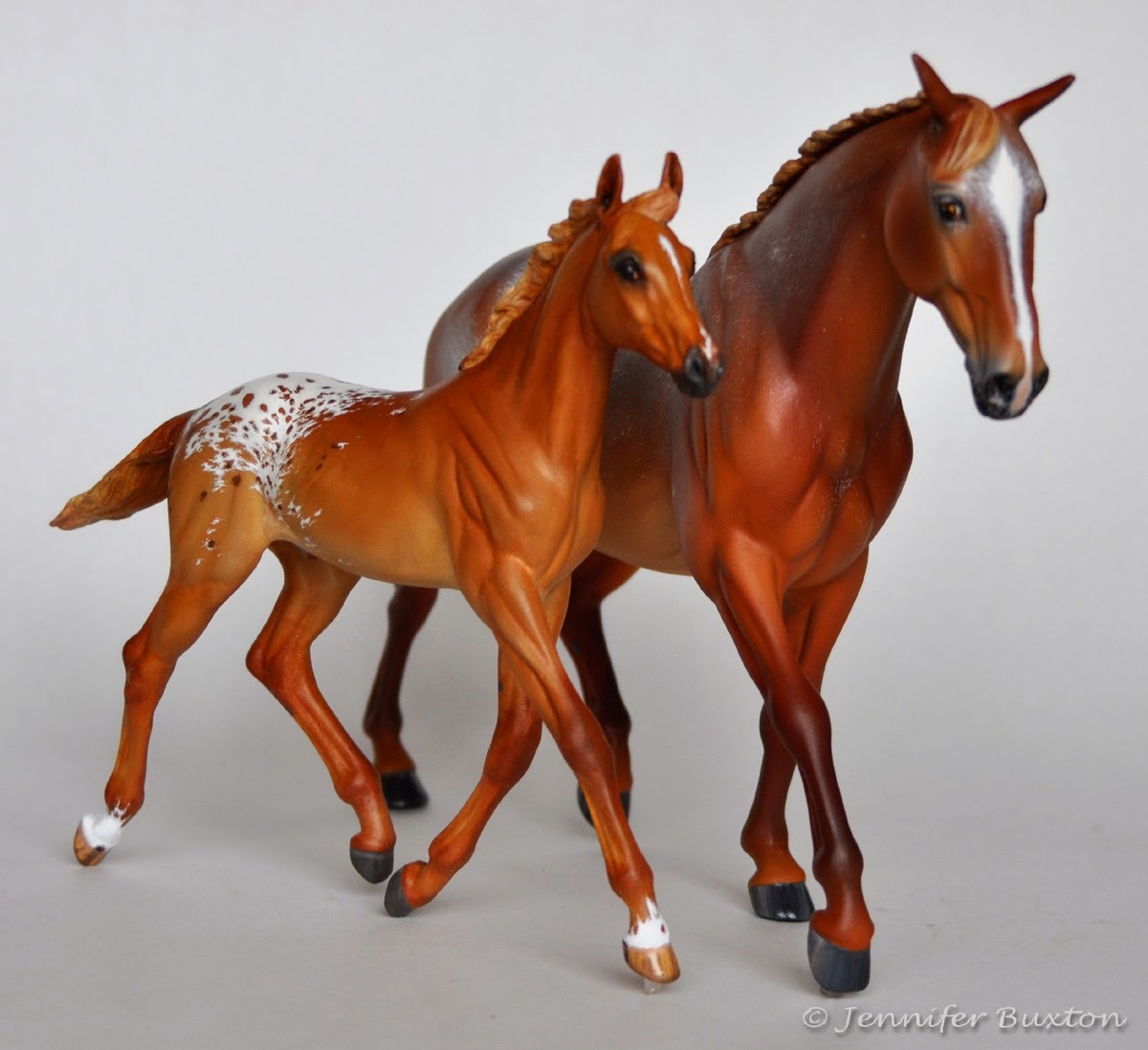 Snickers and Speckles have been happily reunited on my shelf, and one decades old mystery has finally been solved:  Speckles is a boy!
Posted by Braymere at 5:13 PM

Labels: my customs, my horse life