When it comes to riding, I'm a jack of all trades/master of none.  I have reasonably good basics and enough knowledge and experience to ride most horses passably well.  Beyond that, I'm pretty average.  There isn't any one area in which I truly shine.

Mostly, I'm fine with that, but still...  who doesn't want to be a superstar? 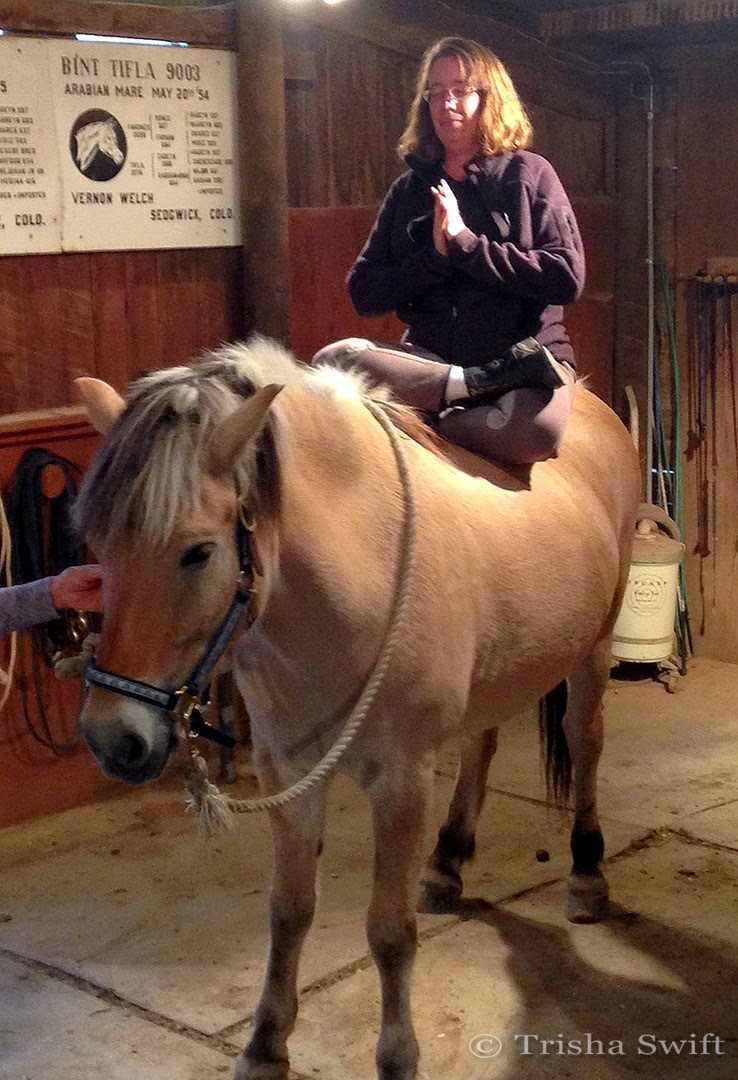 but aside from that, I am as average at horse yoga as I am at riding! 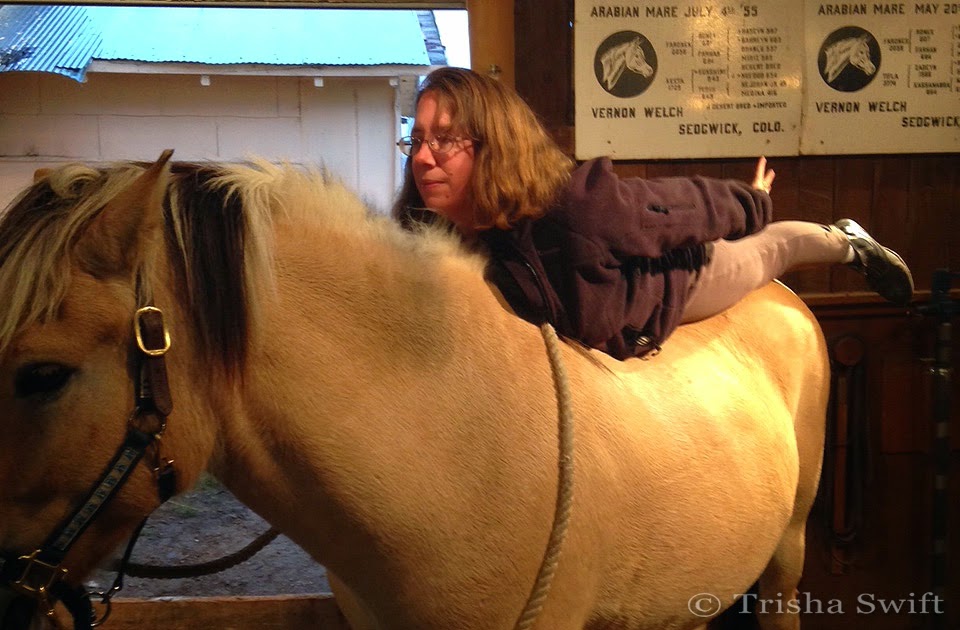 Some of the positions were very easy for me... 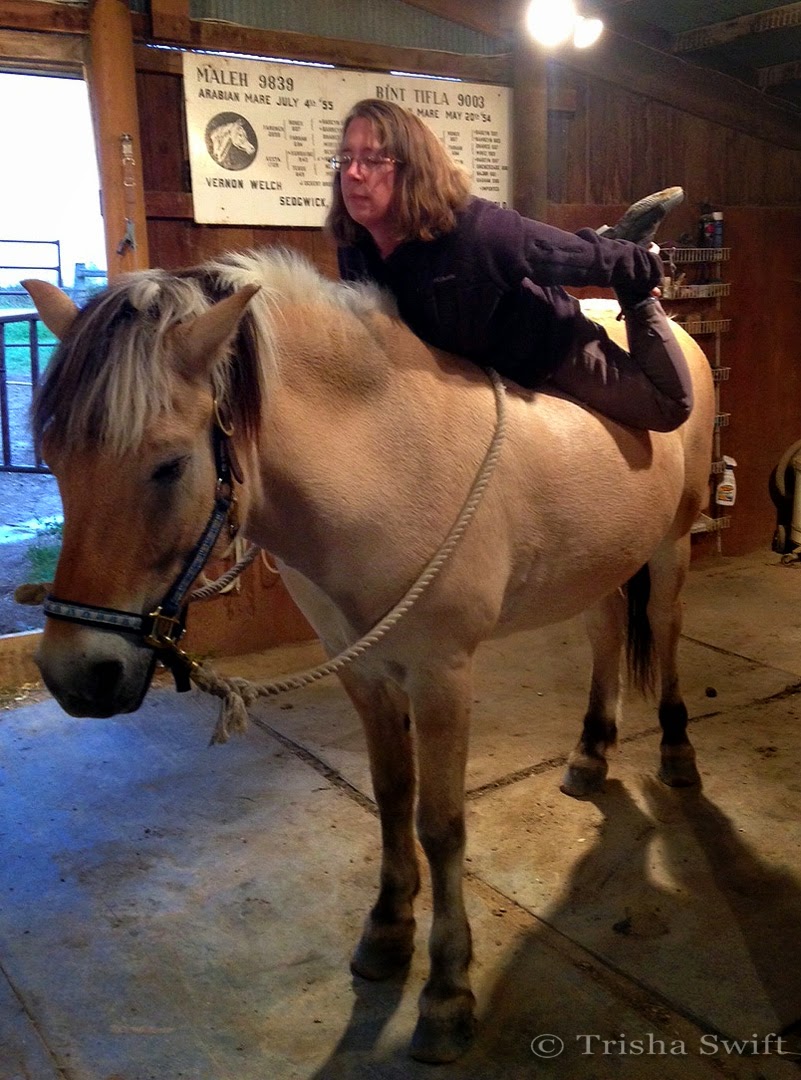 and I was never afraid... 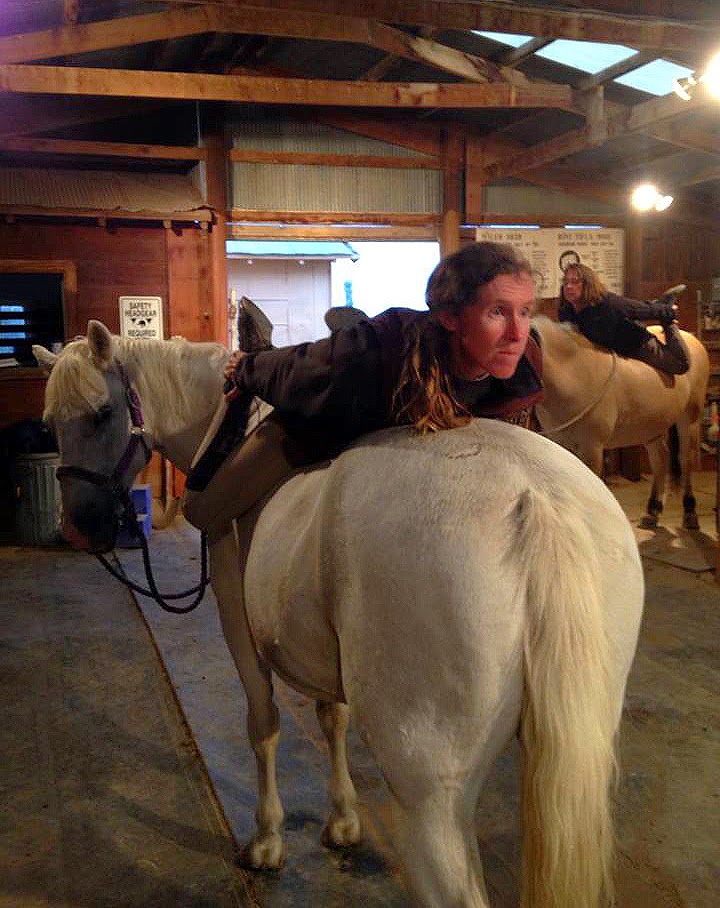 even when my yoga mat, Freddy, developed a bad case of the wiggles. 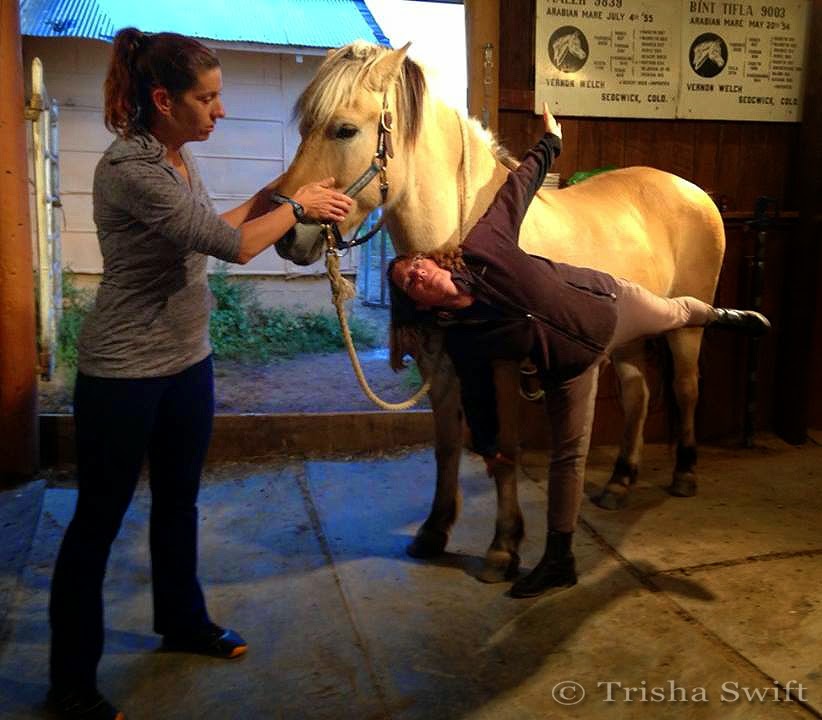 On the other hand, I really struggled with the upper body work.  I have lingering pain and reduced range of motion left over from last year's broken collarbone.  I've recovered enough to lead a normal life, but horse yoga brought my limitations to the forefront. 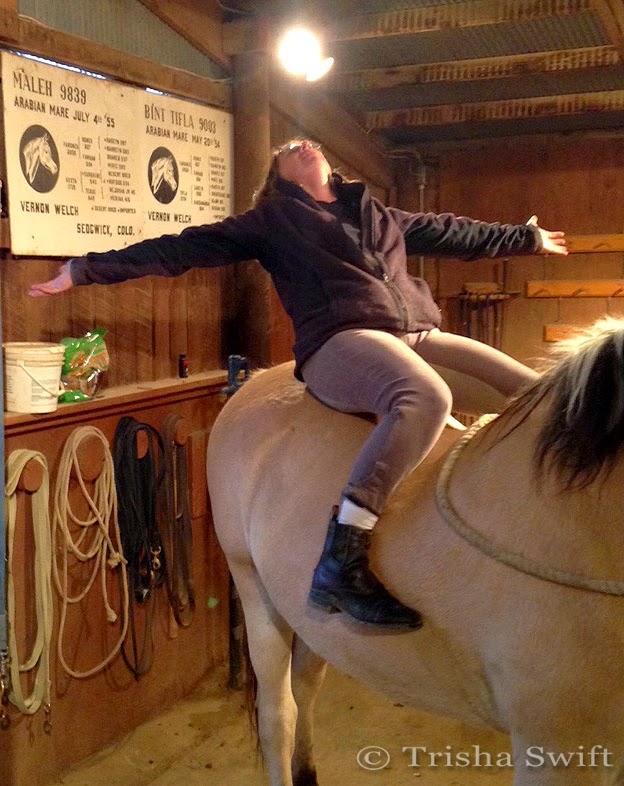 Despite that, I really enjoyed my first horse yoga class.  The instructor, Heather, was so positive and encouraging.  She made me feel like I was doing really well even when I wasn't. 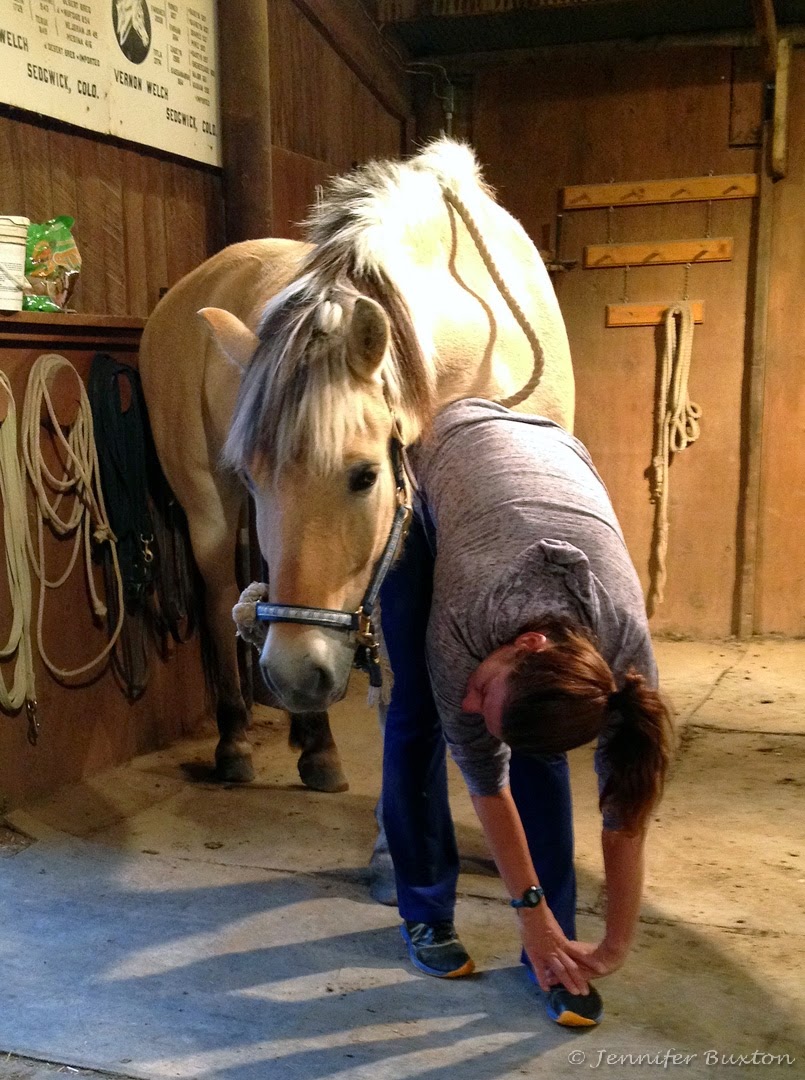 Also, she made sure every move ended with some horse petting or kissing... and who wouldn't want to kiss Freddy! 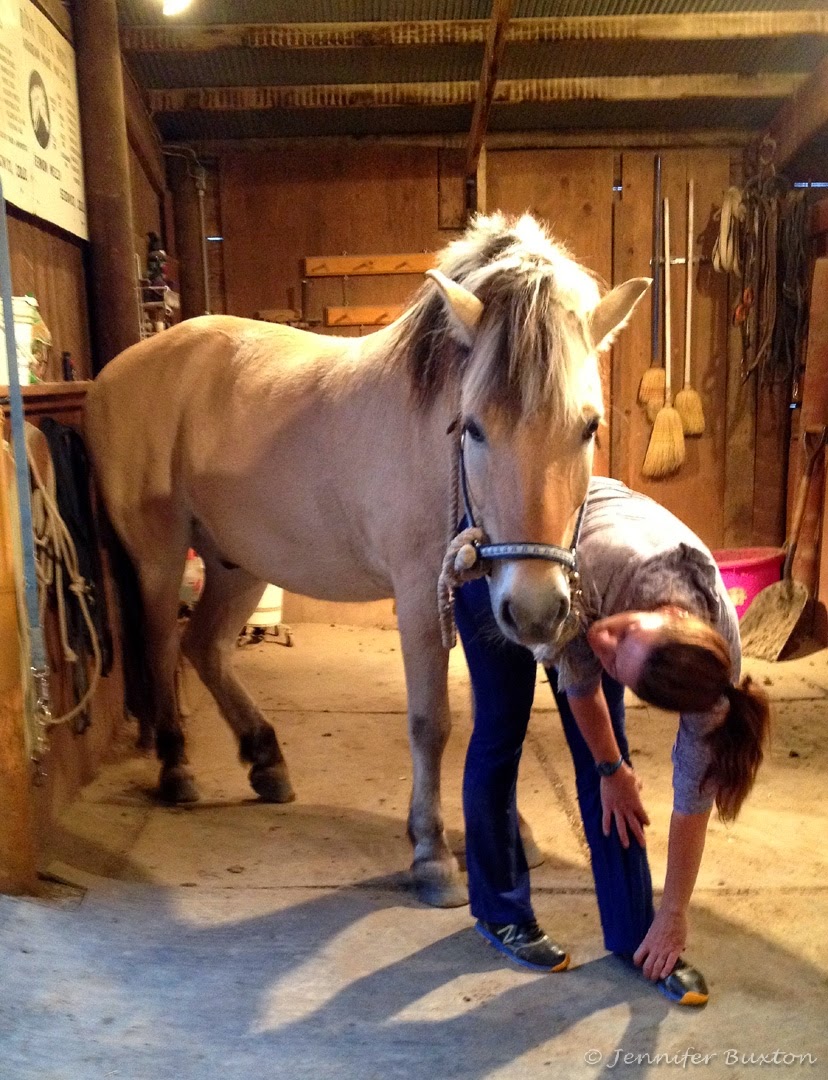 Thanks so much to Heather and Trisha and Freddy and Arwen. 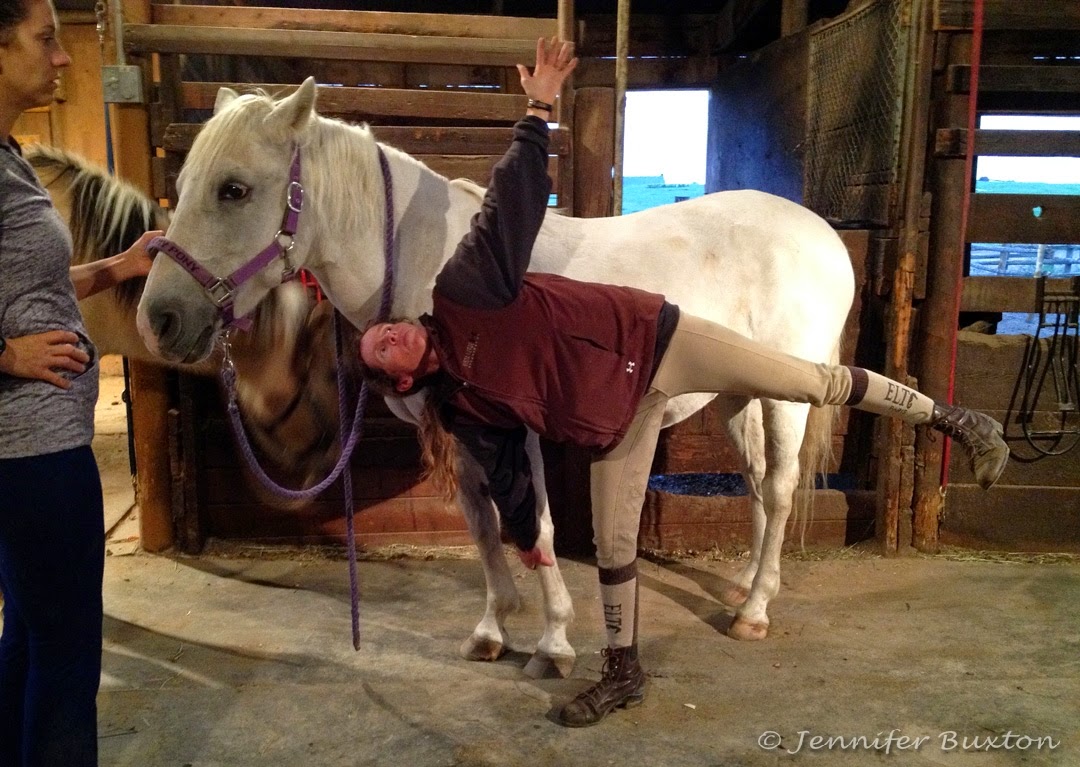 I may not have been a superstar, but I really enjoyed horse yoga!
Posted by Braymere at 4:23 PM