At the end of the 1983 summer session, eight Tom Sawyer Day Camp horses had failed to find winter homes. 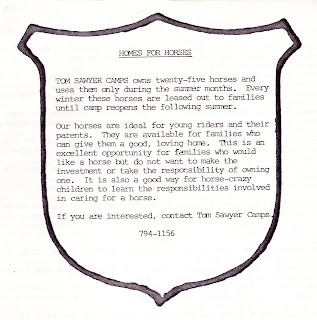 old,
slow horses,
one large, sullen pony,
two knot-headed medium ponies,
one small, mostly blind pony (the original Poka Tia) and a half broke pinto named Chief.
All eight plus Tiger, who had been leased by my friend Laura, were moved from Flintridge Riding Club to Siason Stables in Duarte, California.
Laura and I were given permission to ride these horses as much and as often as we wanted. This was a fantastic opportunity for two horse crazy girls, and we were giddy with the possibilities. For a while, we really tried to ride them all, but eventually the novelty of having so many horses wore off. Laura started riding Tiger exclusively, and I split my time between Snickers... 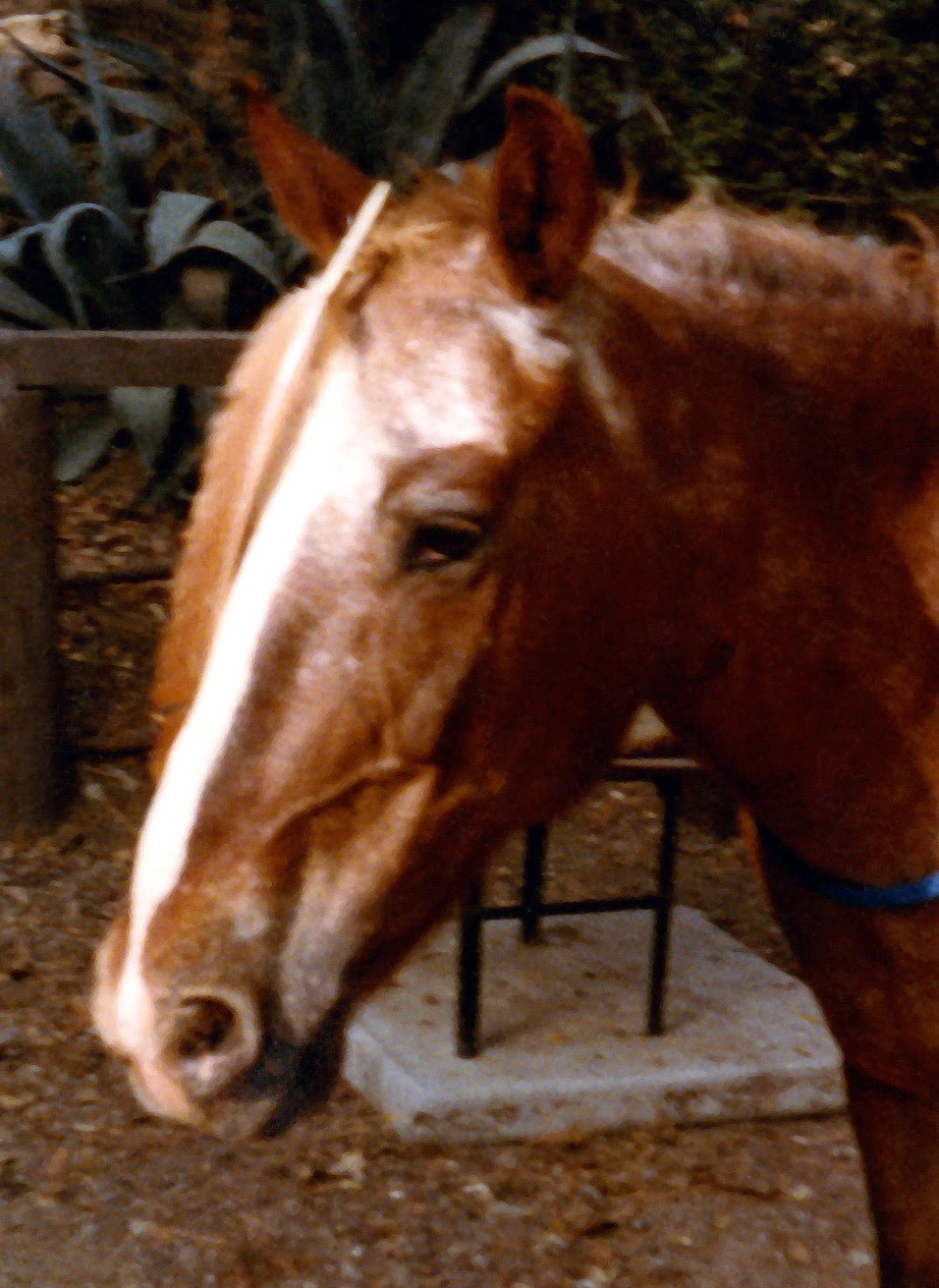 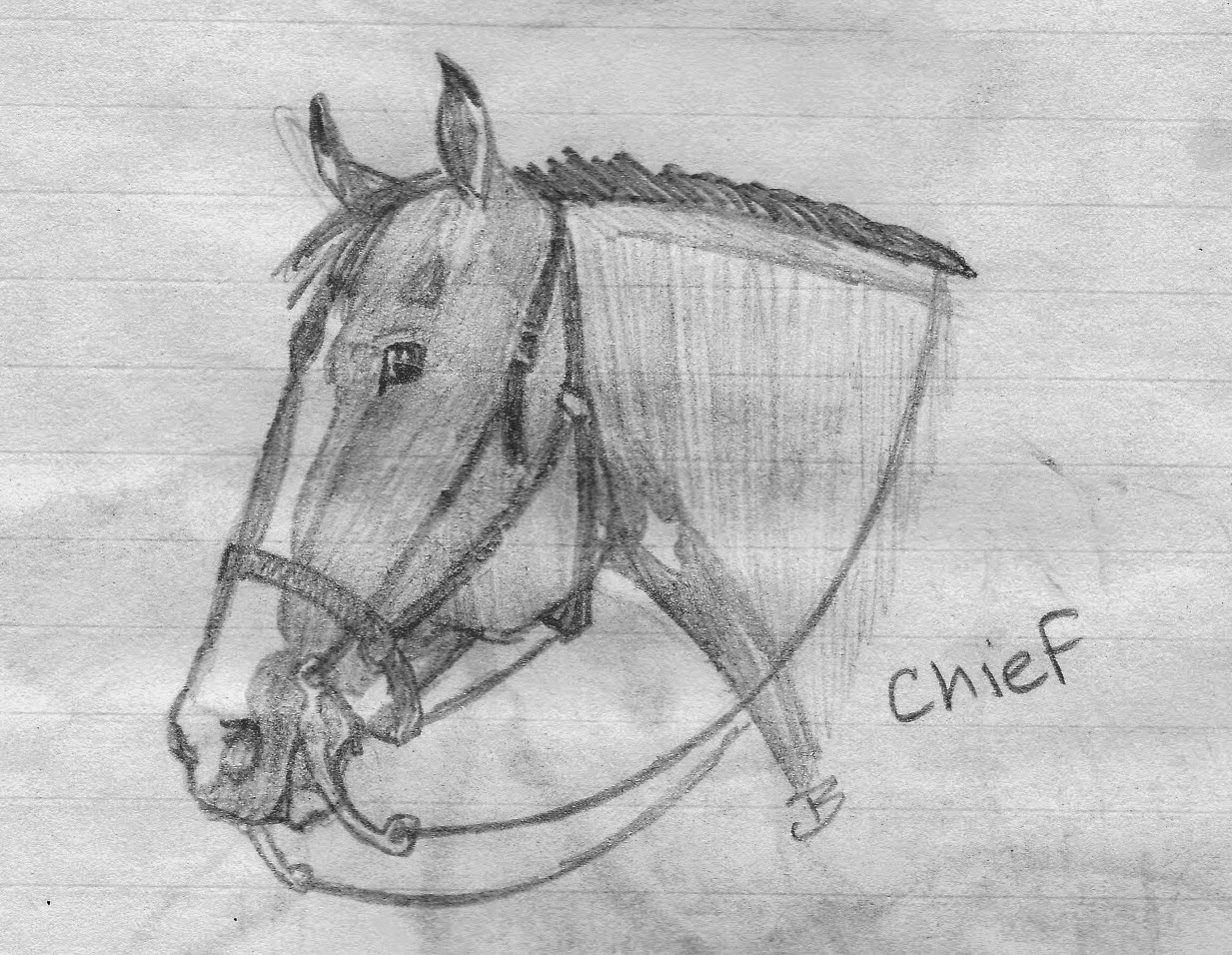 Chief was new to Tom Sawyer, and his debut summer had not been a roaring success.  Nicknamed "Sheri's Folly" after the counselor who approved his purchase, Chief was a perpetual motion machine. He jigged and pranced and cantered sideways. He was completely unsuitable for beginners, and most of the staff was afraid of him. 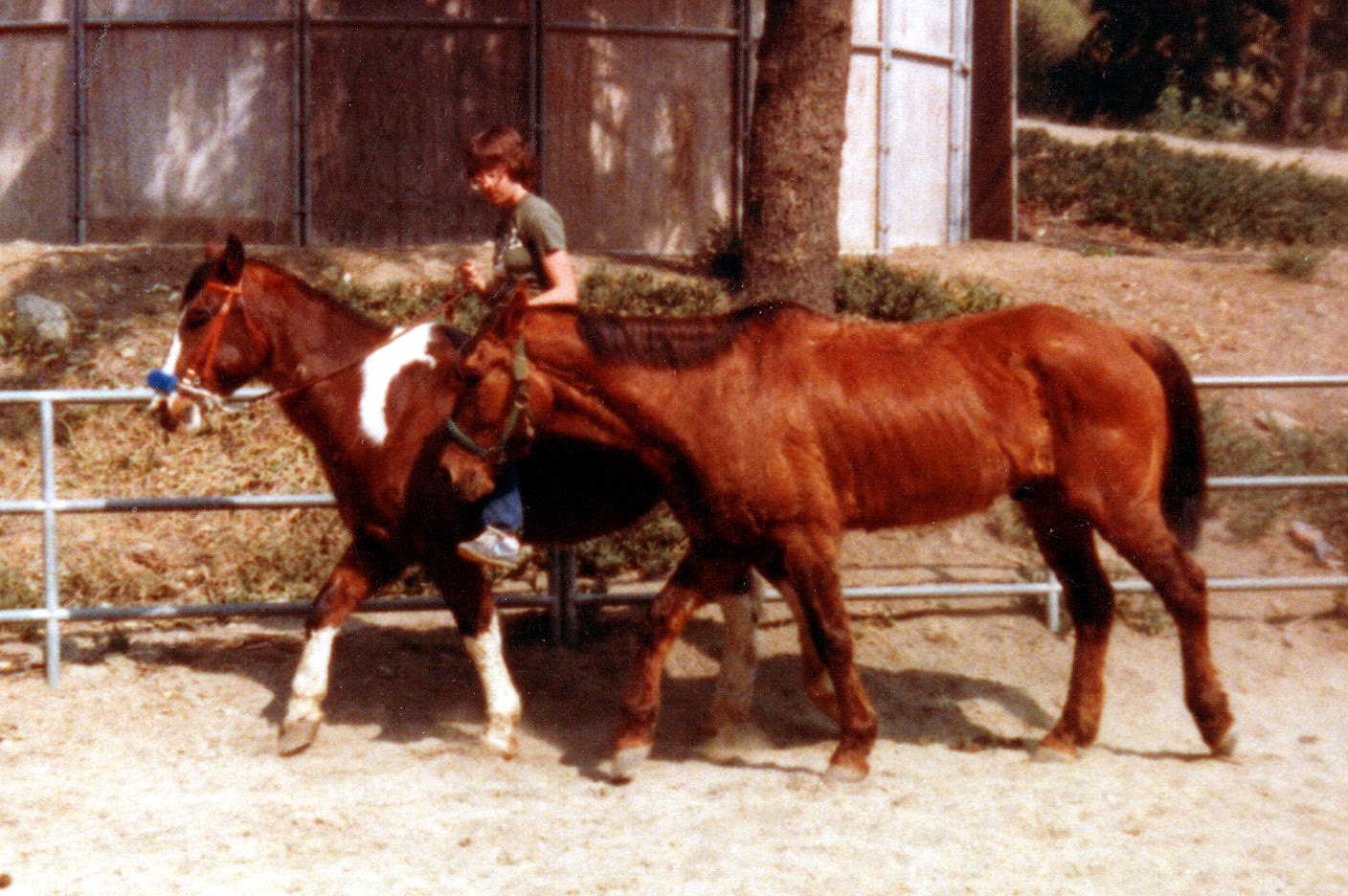 Not me. I thought he was fun. 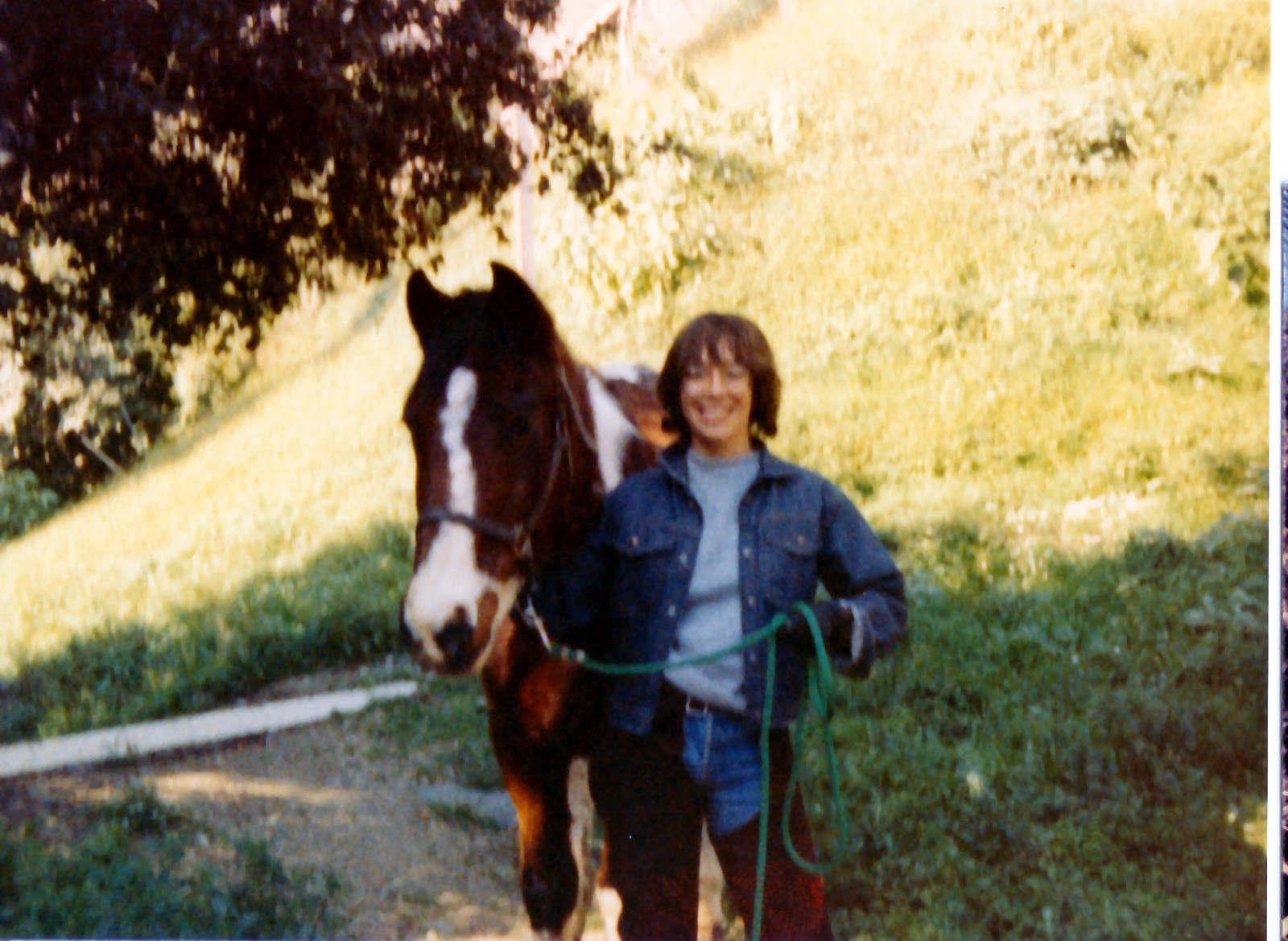 Unlike Snickers, who was sneaky and frustrating, Chief was an uncomplicated and willing partner. He didn't stand still, but he also didn't buck, rear, bolt or shy. He was brave and honest and exciting. I loved him.

As time went by, I found myself riding Chief more and Snickers less. She was on her way to being phased out completely, but then, without warning, everything changed. 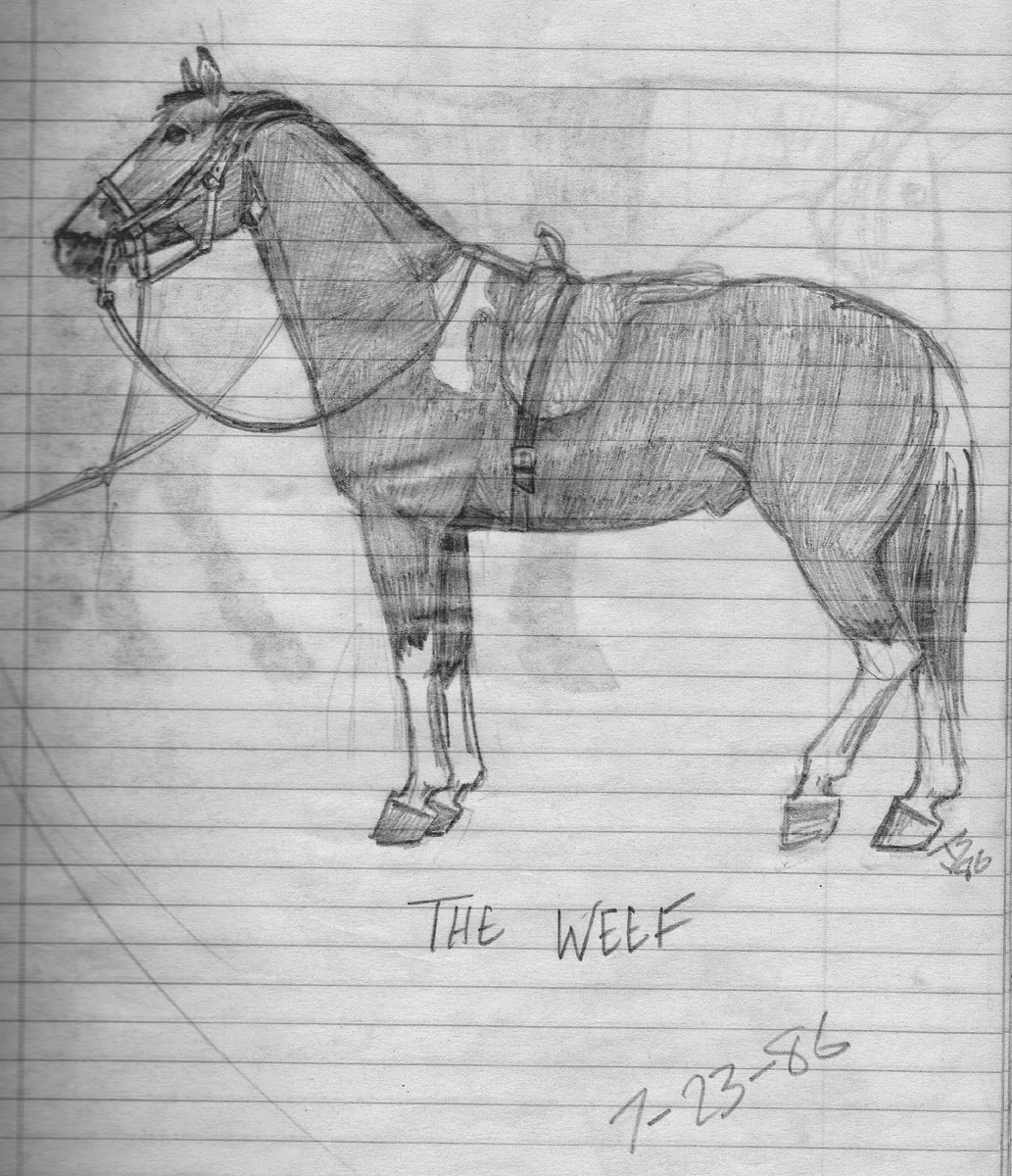 To be continued.
Posted by Braymere at 12:49 PM