My friend, Mary Jo, is a trail steward for Aurora Parks and Open Space. 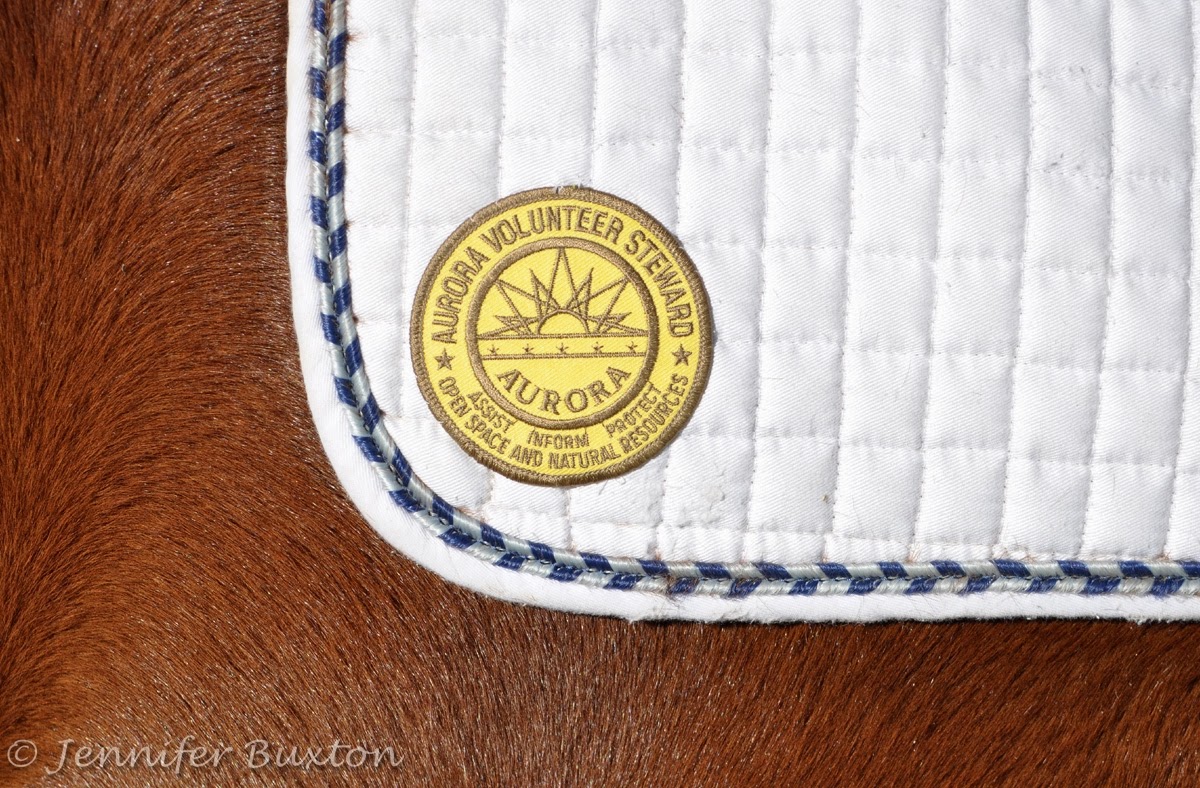 Recently, she was contacted by independent film maker, Priya Shelly, who is currently working on a documentary about the relationship between humans and coyotes.  Priya was looking for a couple riders to appear in her film.  One thing led to another, and today, Mary Jo and I spent the morning in front of the camera. 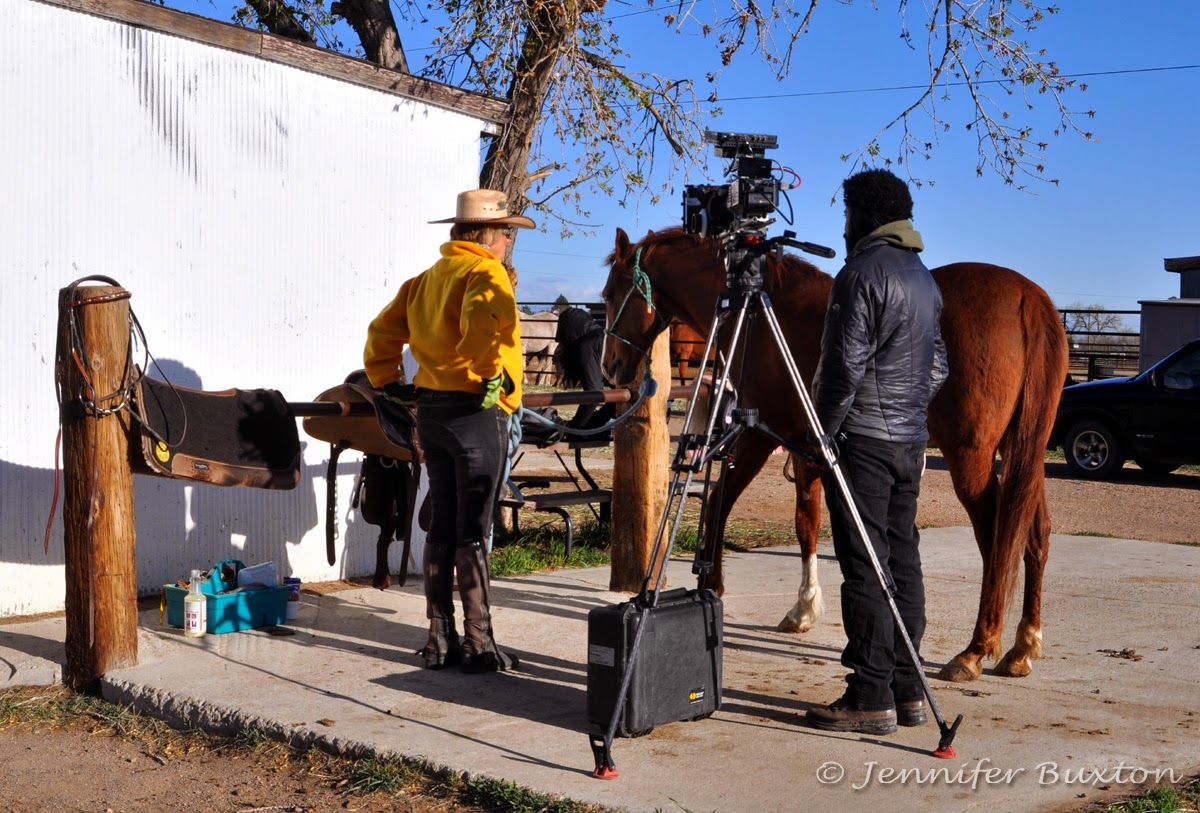 My mount for the day was Mindy's reliable National Show Horse gelding, Santana. 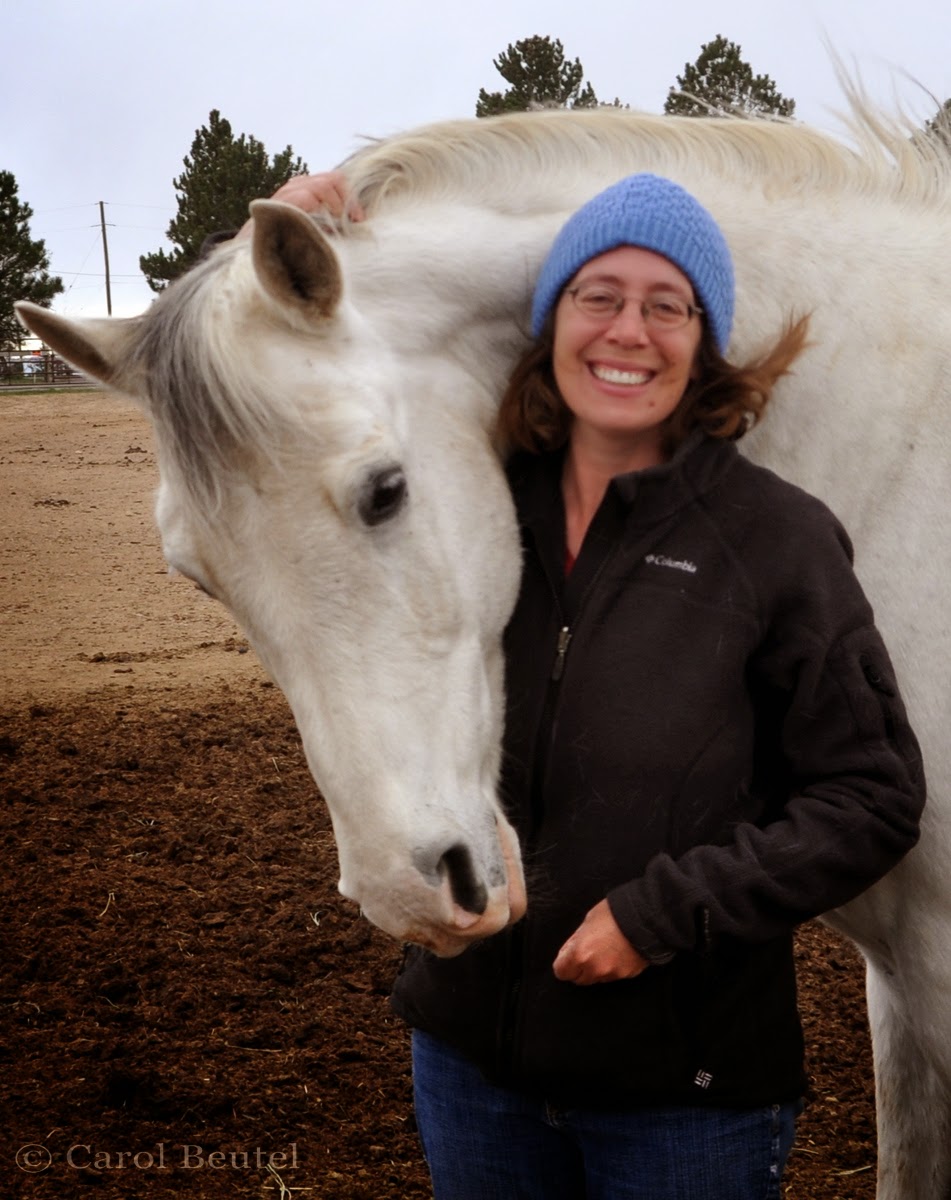 I didn't expect this to be a speaking part... 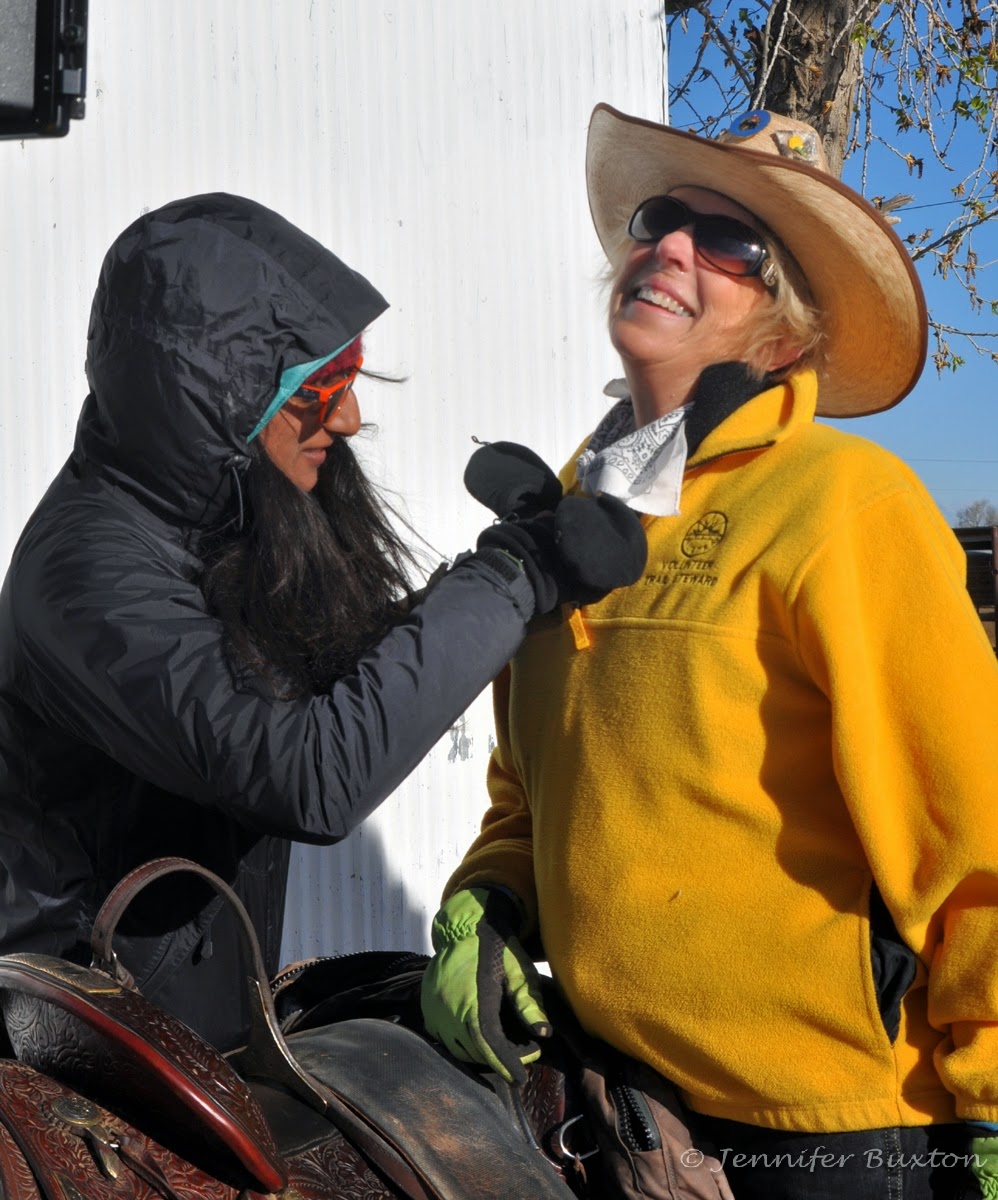 but we were fitted with microphones right off the bat. 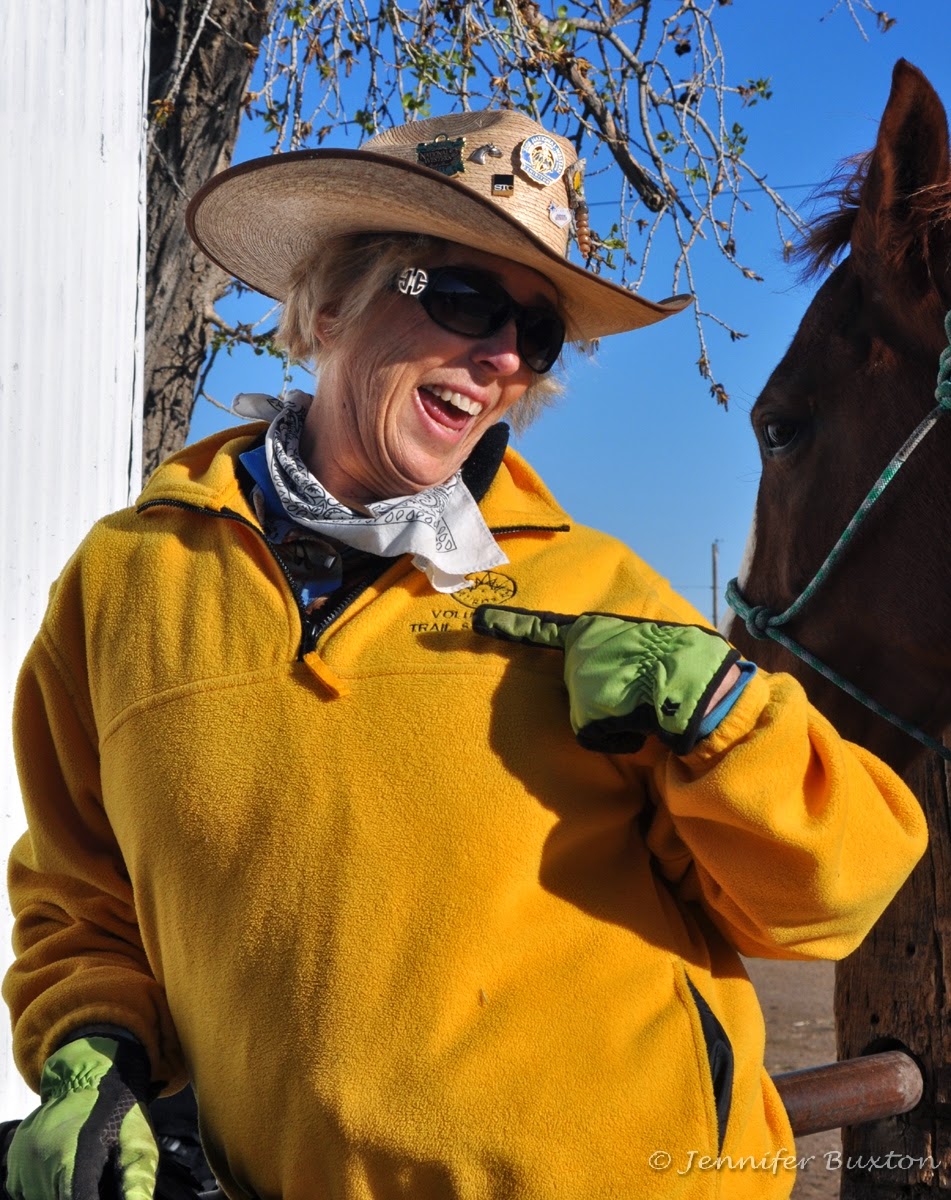 This is Priya attaching the microphone to my collar...

with an assist from Santana. 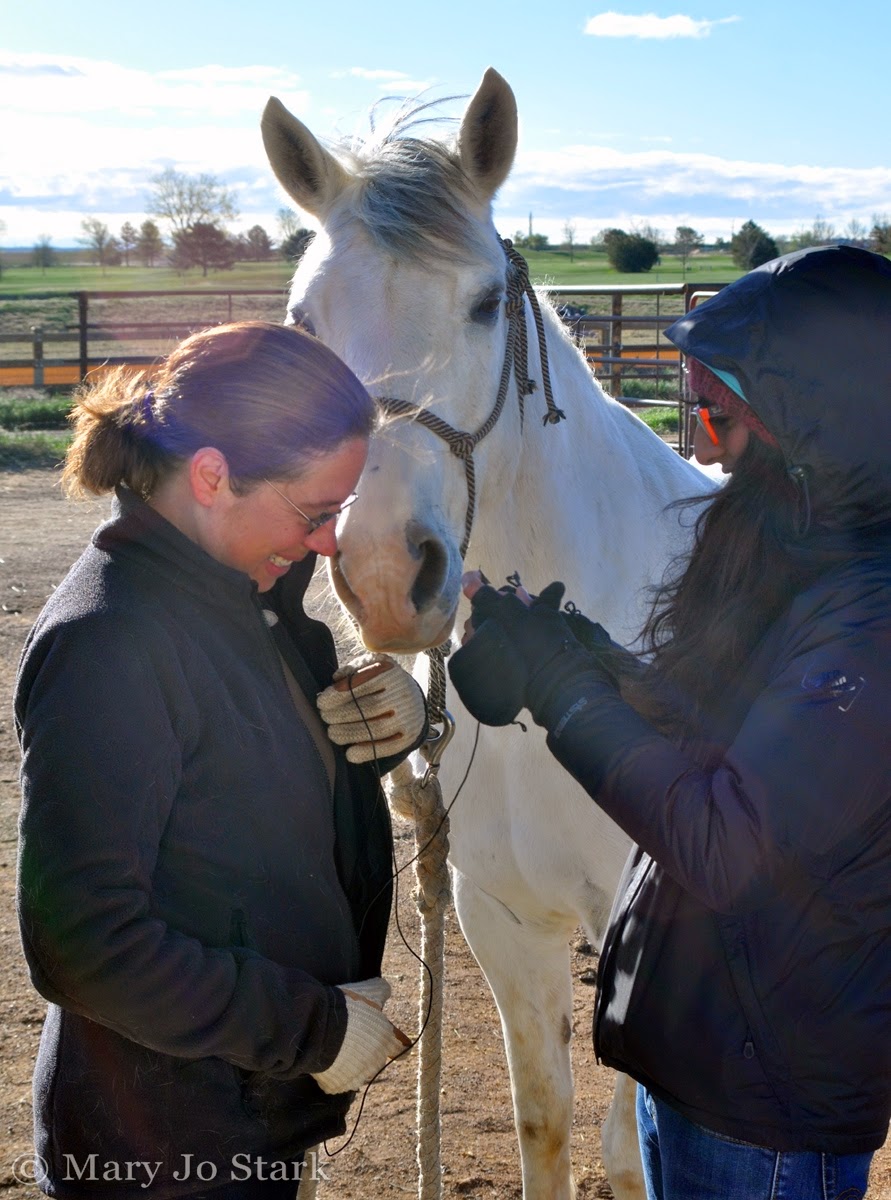 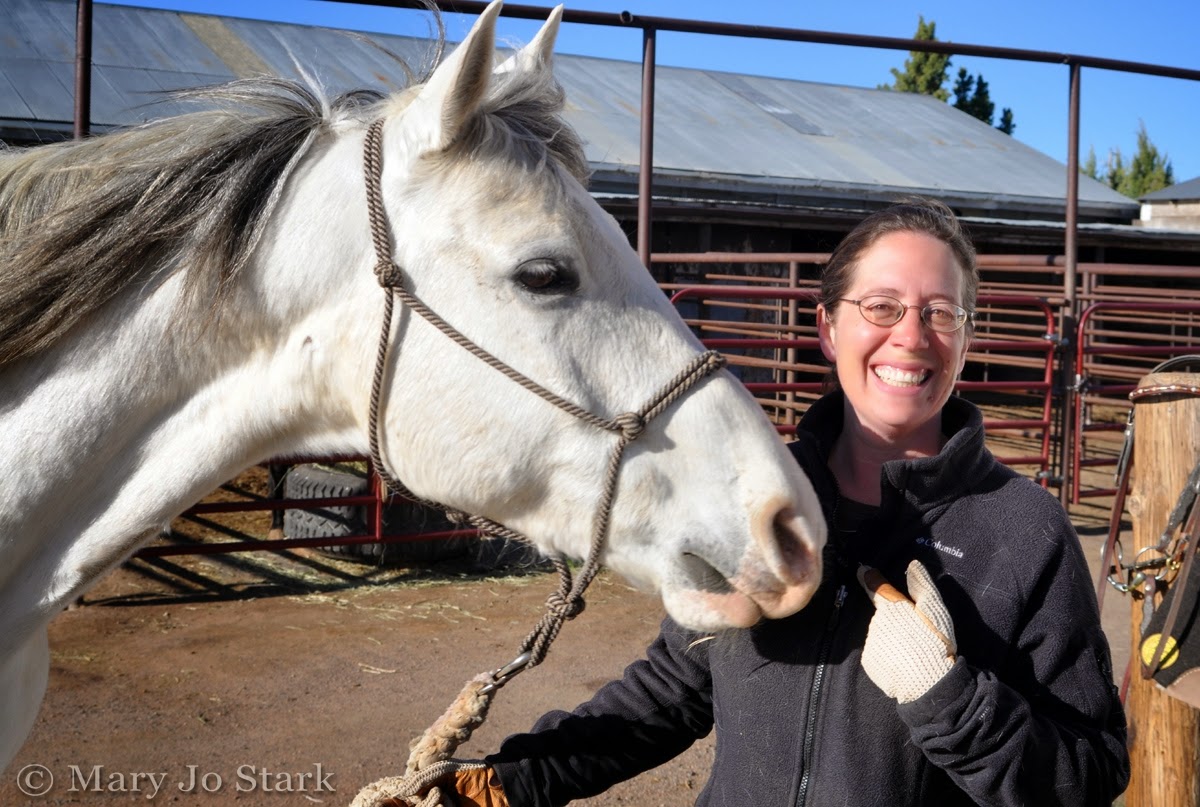 I climbed aboard and took some photos for the "As Seen Through Horses' Ears" Facebook page. 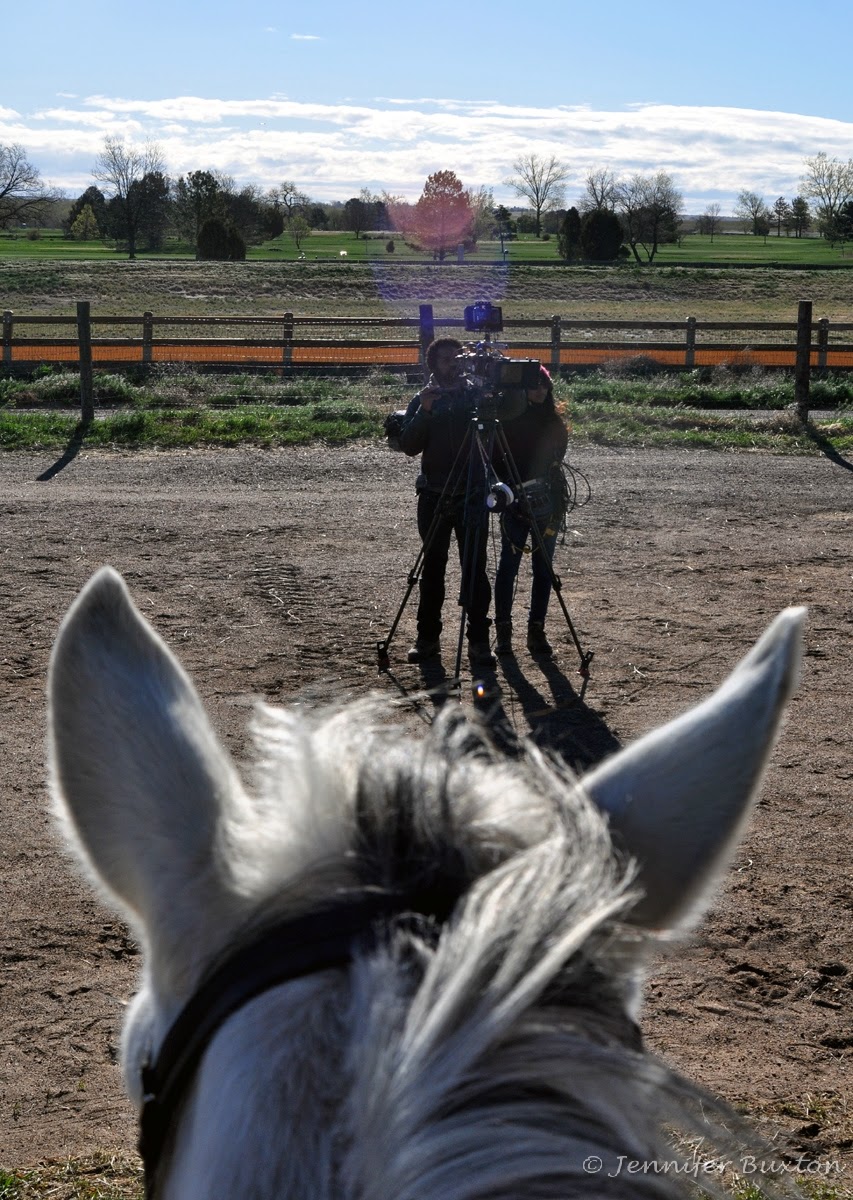 Movie making is all about hurry up and wait.  Here's a picture of Mary Jo and Scarlett waiting while Priya and  Shaka set up the camera at the trail head.

Look at Santana's mane!  Although the sun was shining, it was extremely windy.  I was dressed in layers, but it was still cold. 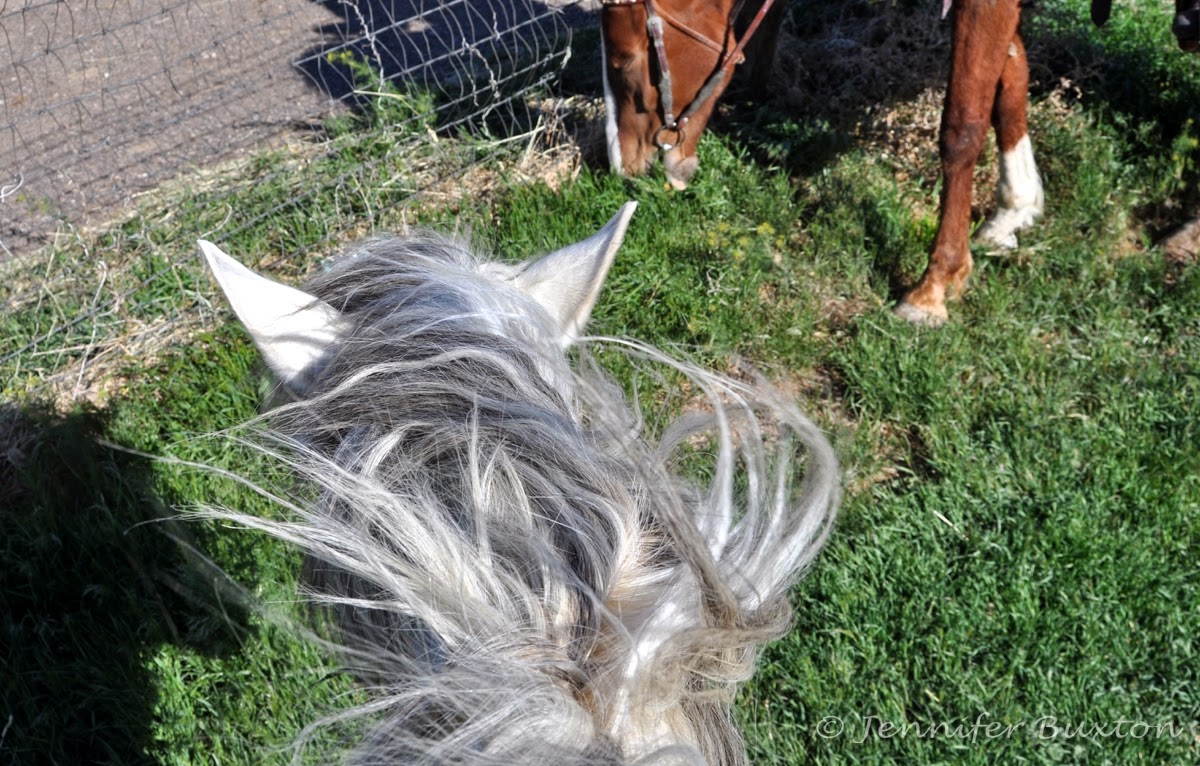 They took one long shot of us riding up the driveway to the trail head.  Then Mary Jo and I headed down to the river bottom on the way to our third and final location. 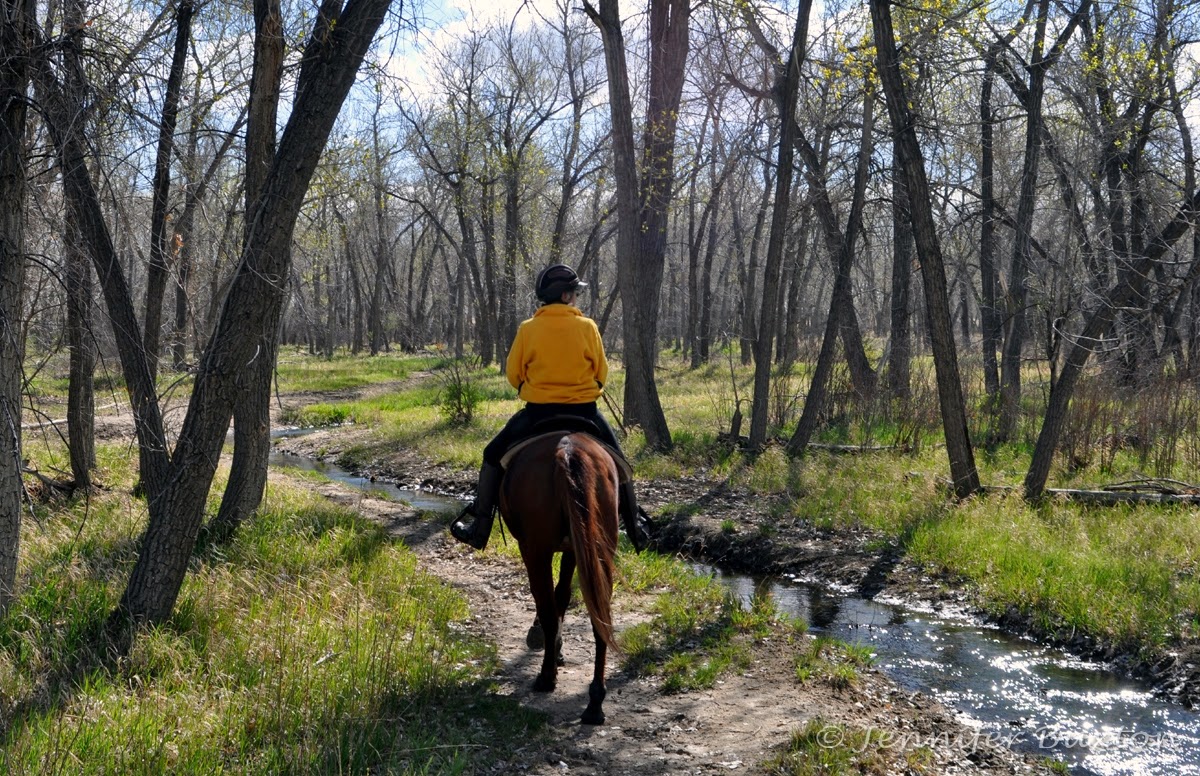 We didn't see any coyotes along the way, but did cross paths with a big herd of deer. 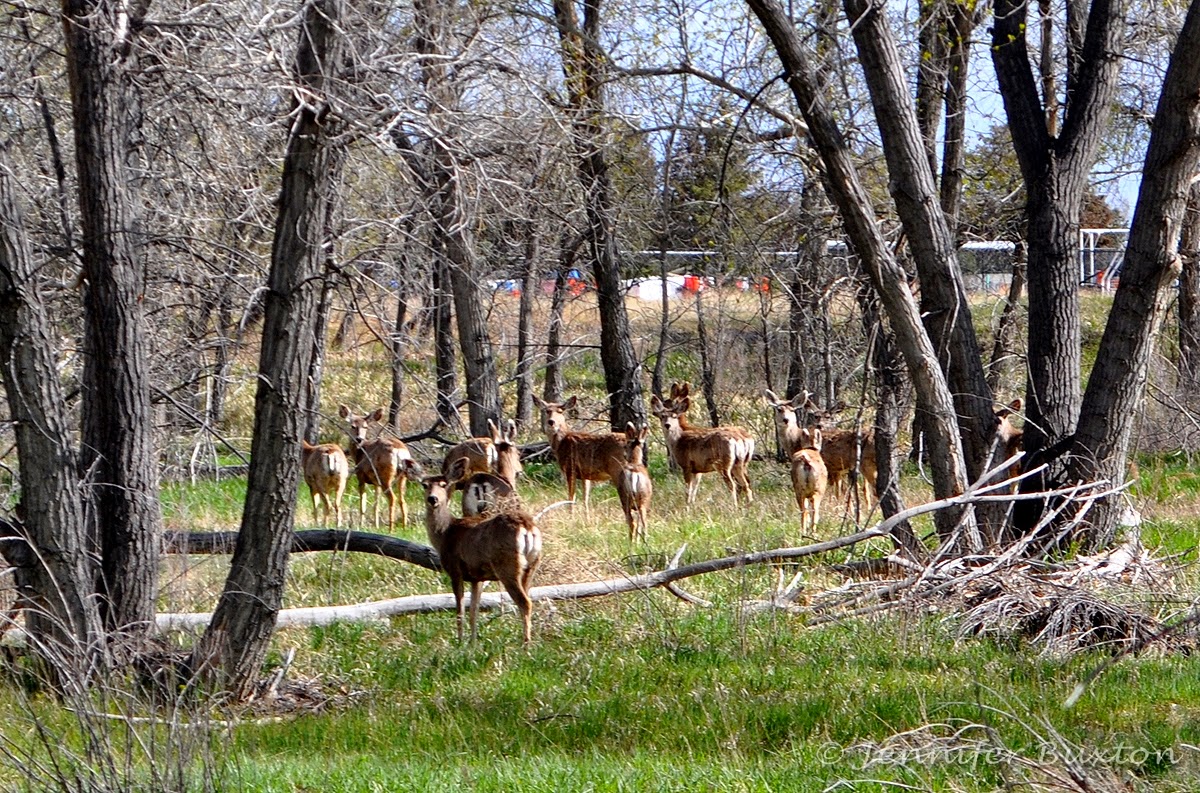 When we reached our destination, we rode up the embankment... 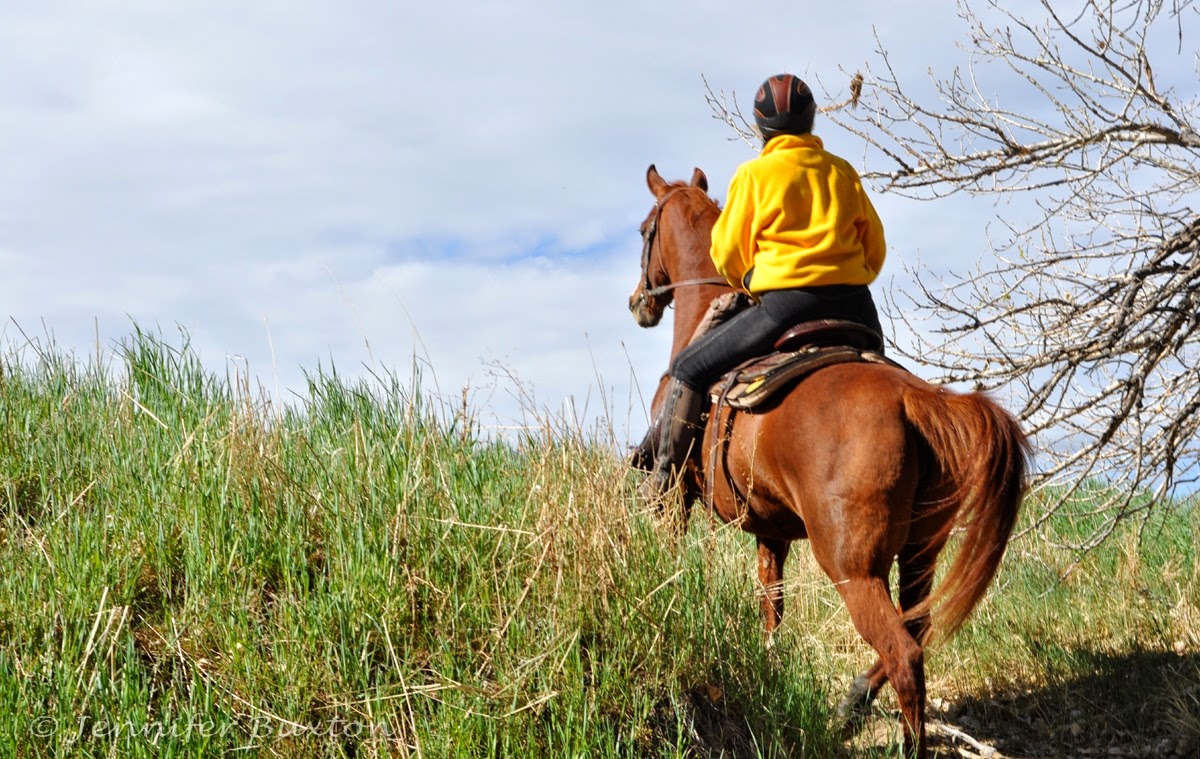 and across a field... 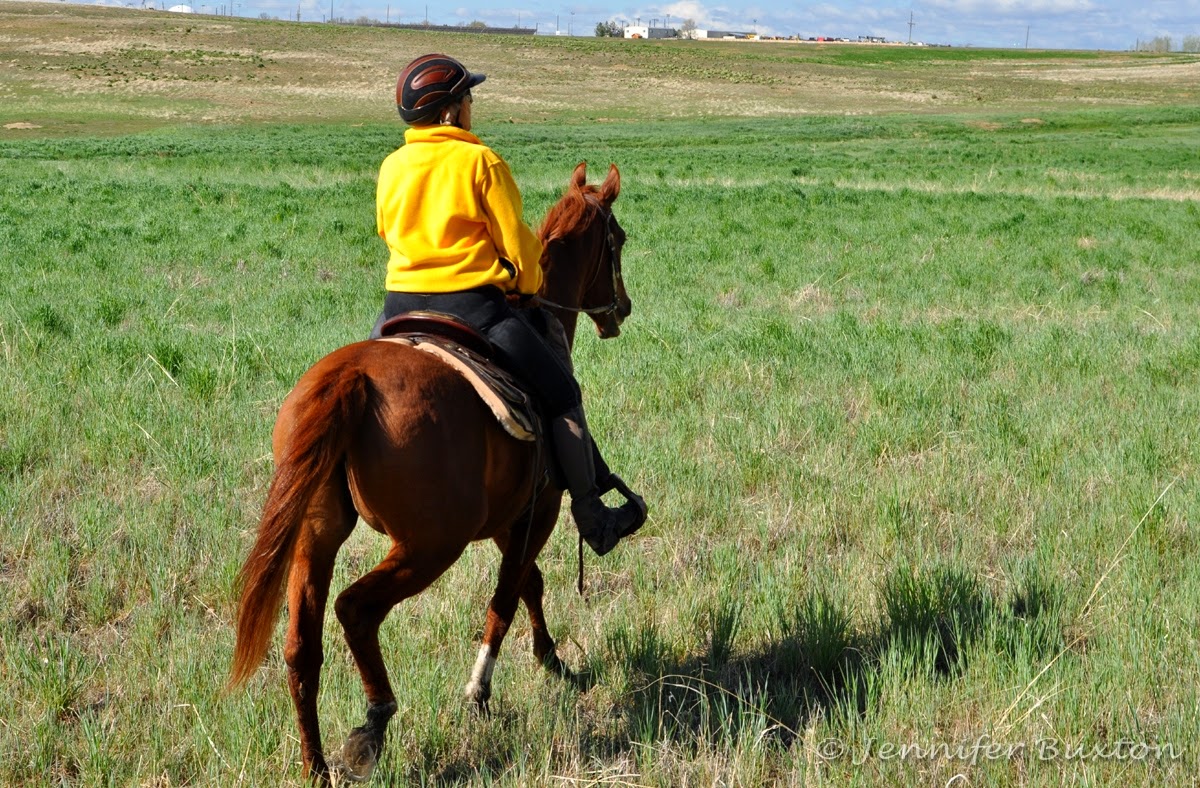 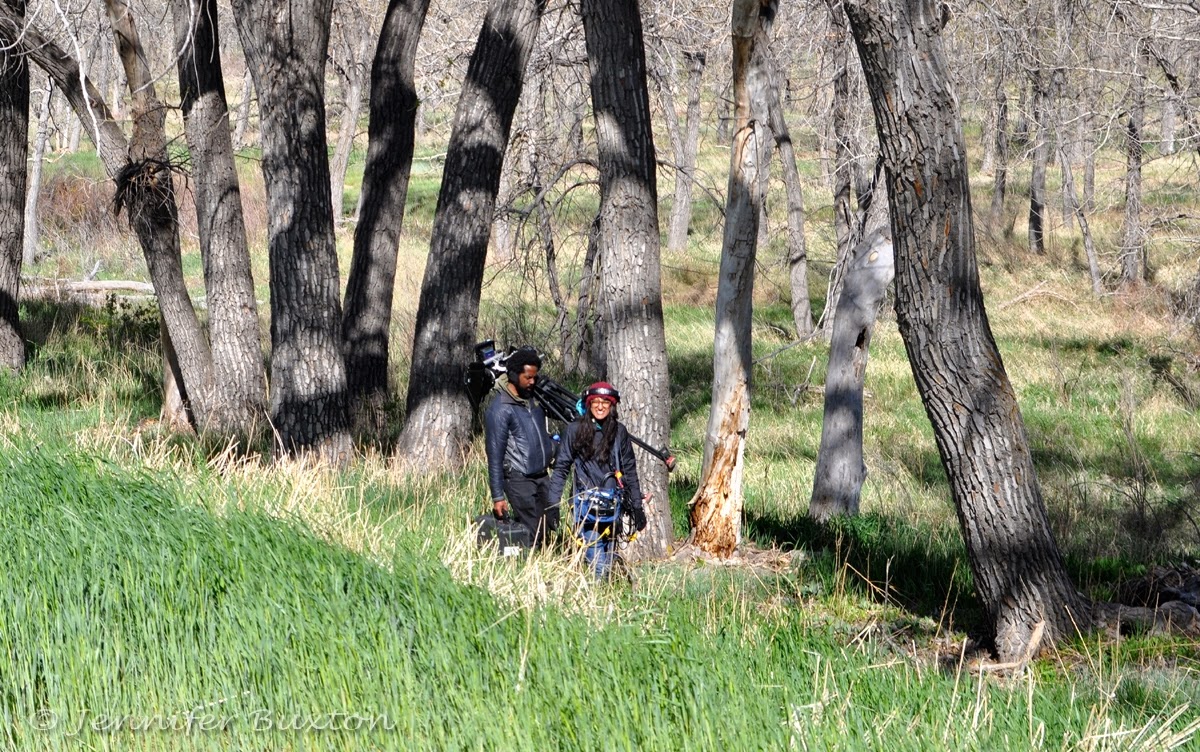 They sent us back down into the riverbed. 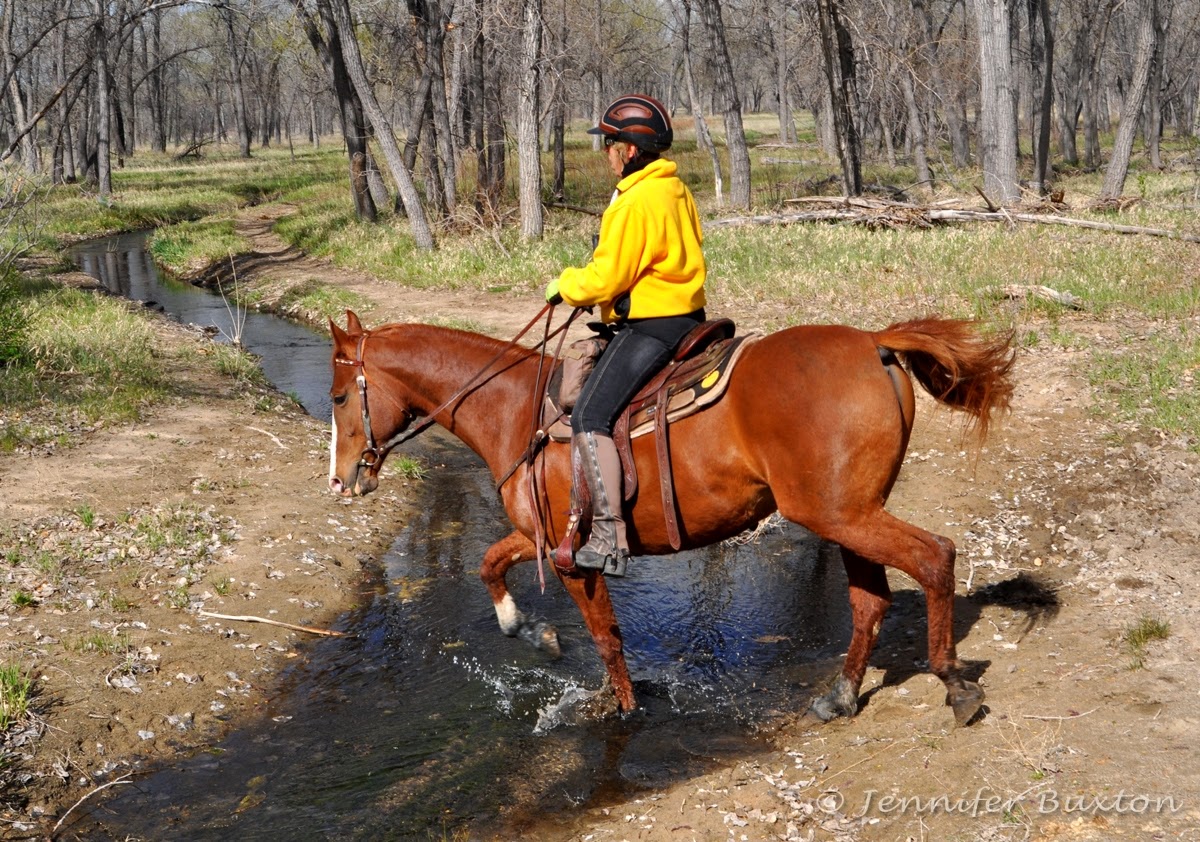 We rode our horses in front of the camera and had an informative discussion about the denning habits of mother coyotes. 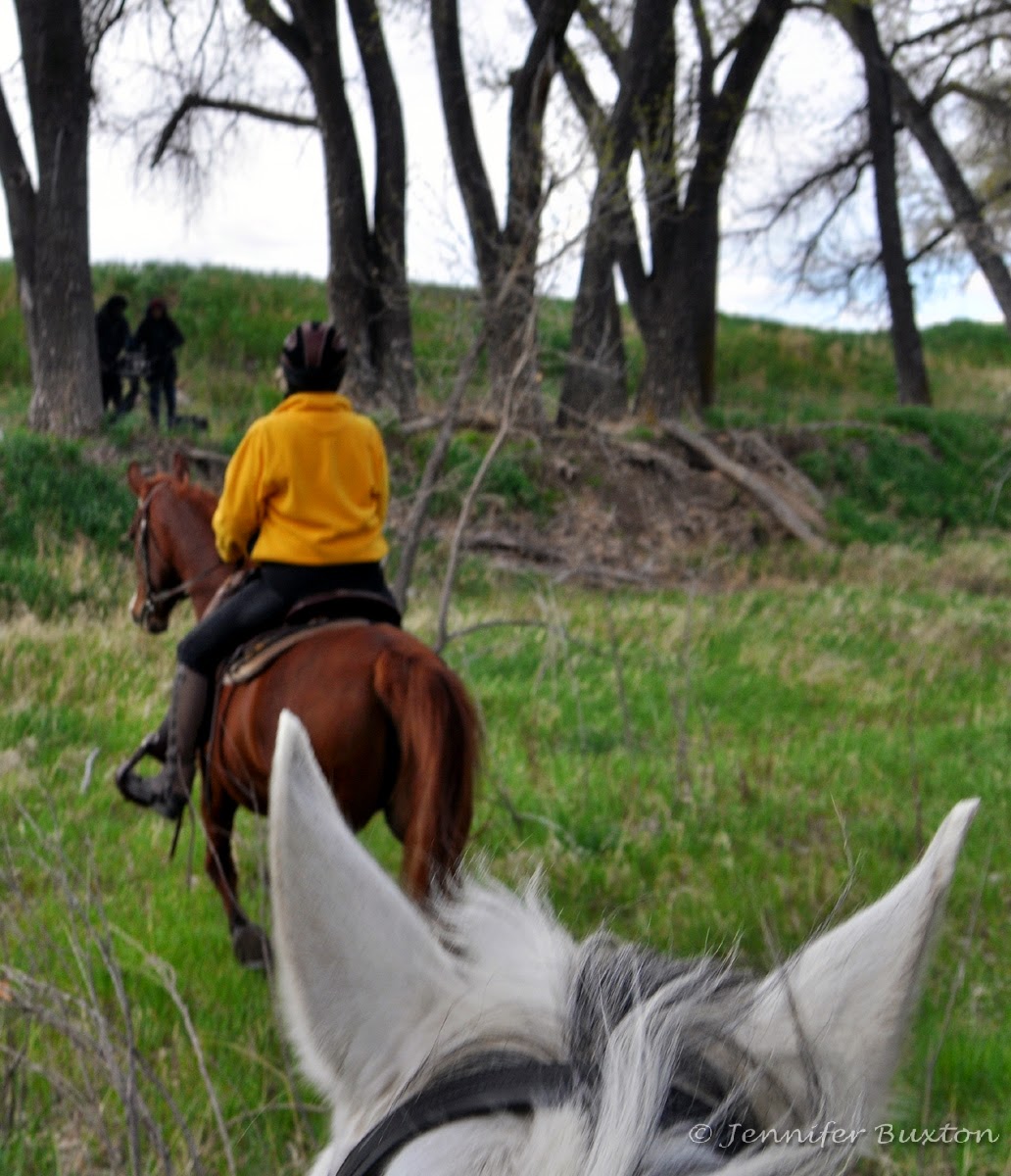 Once we were done, we doubled back... 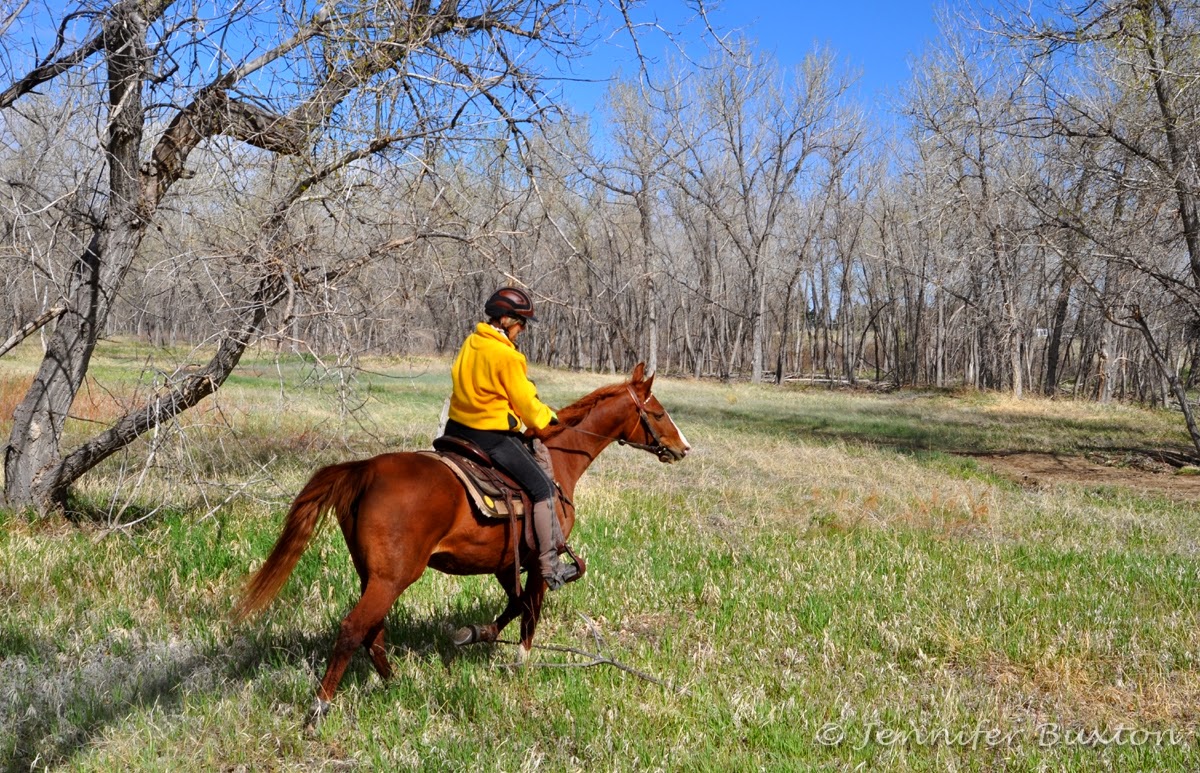 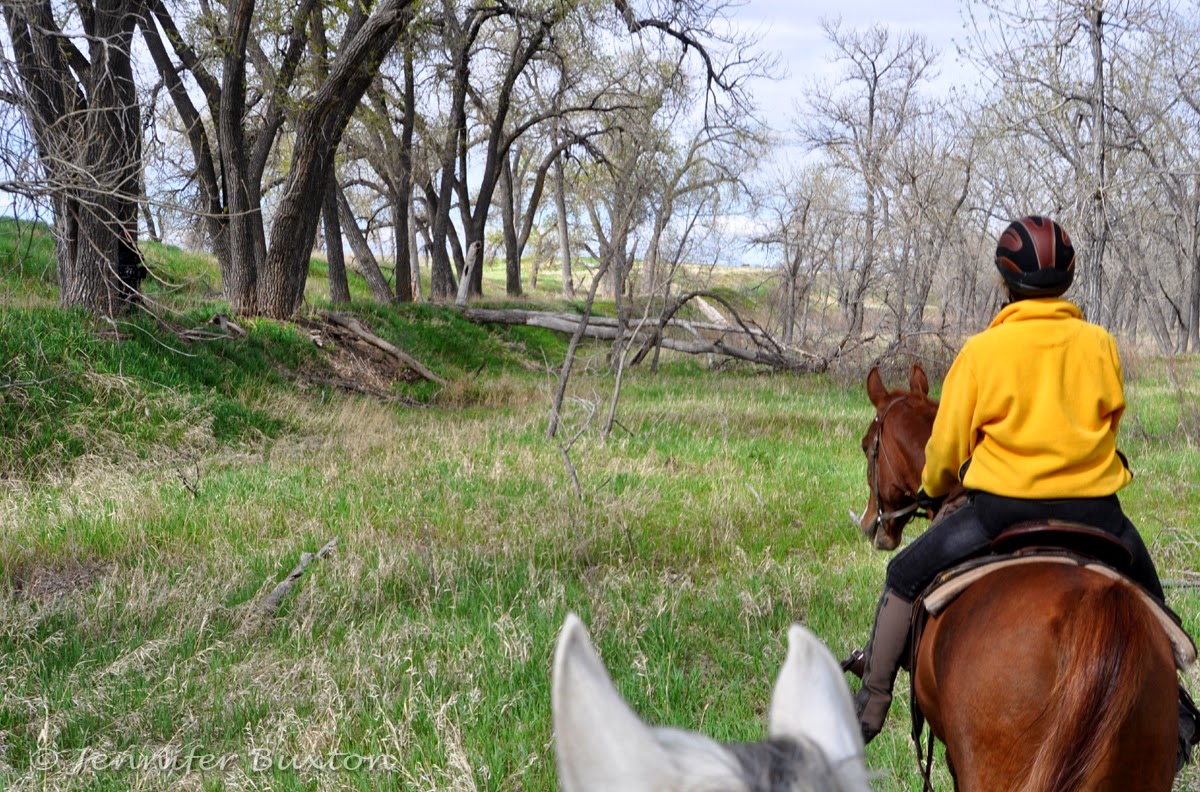 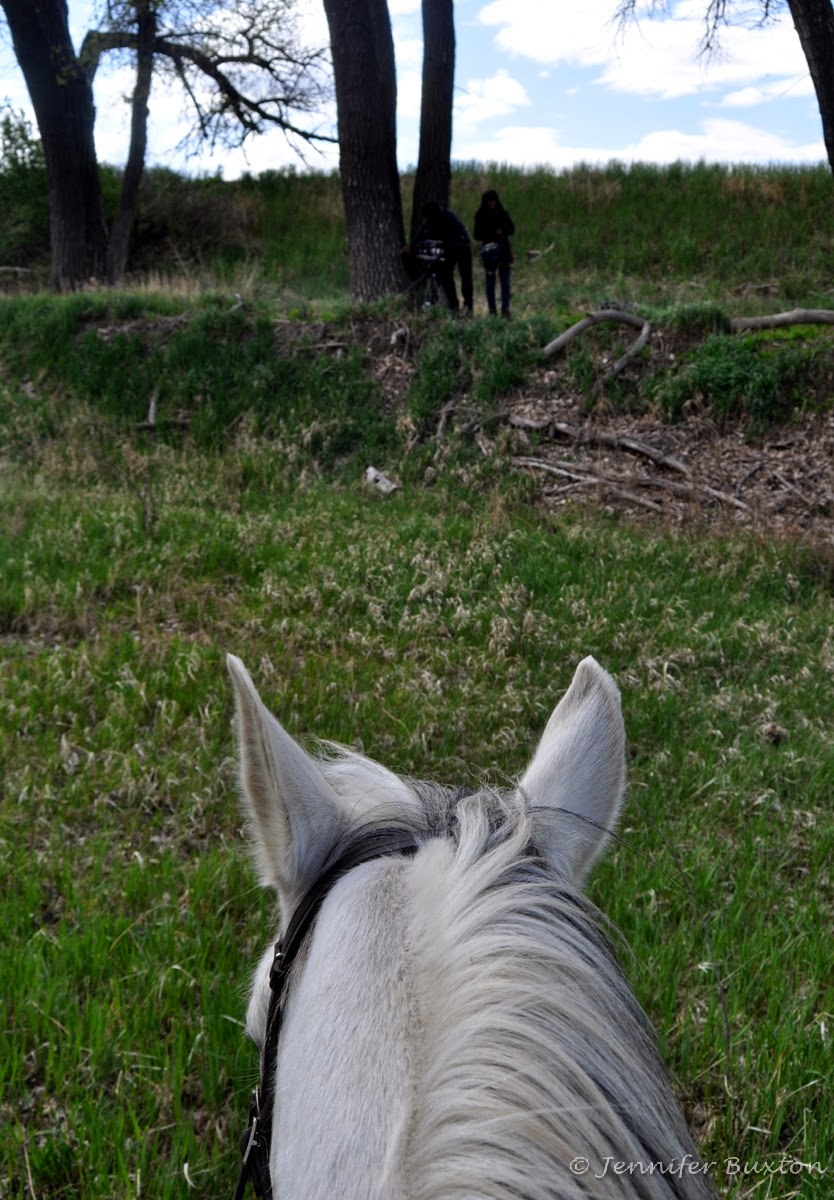 After several takes, we headed back to the barn, frozen but happy. 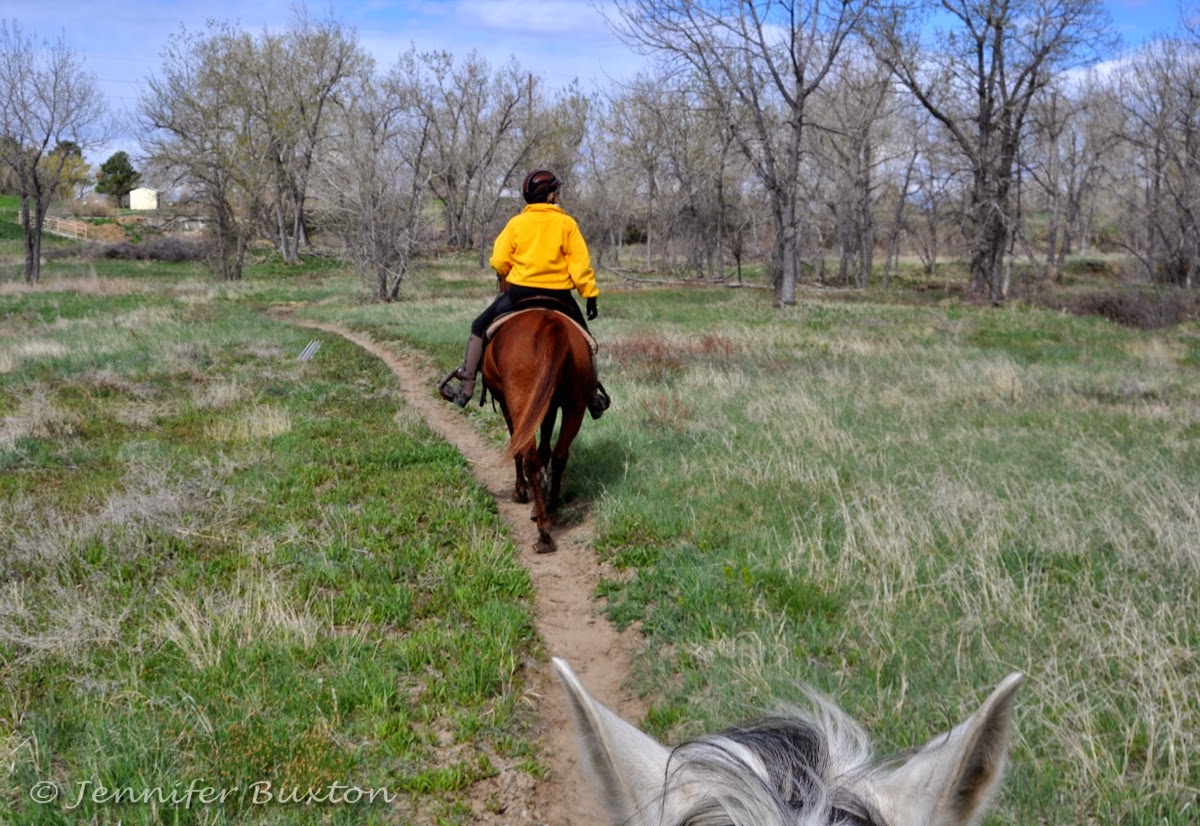 What a fun morning!  Thanks to Mary Jo for including me in this project and also to Mindy for allowing me to borrow her delightful Santana. 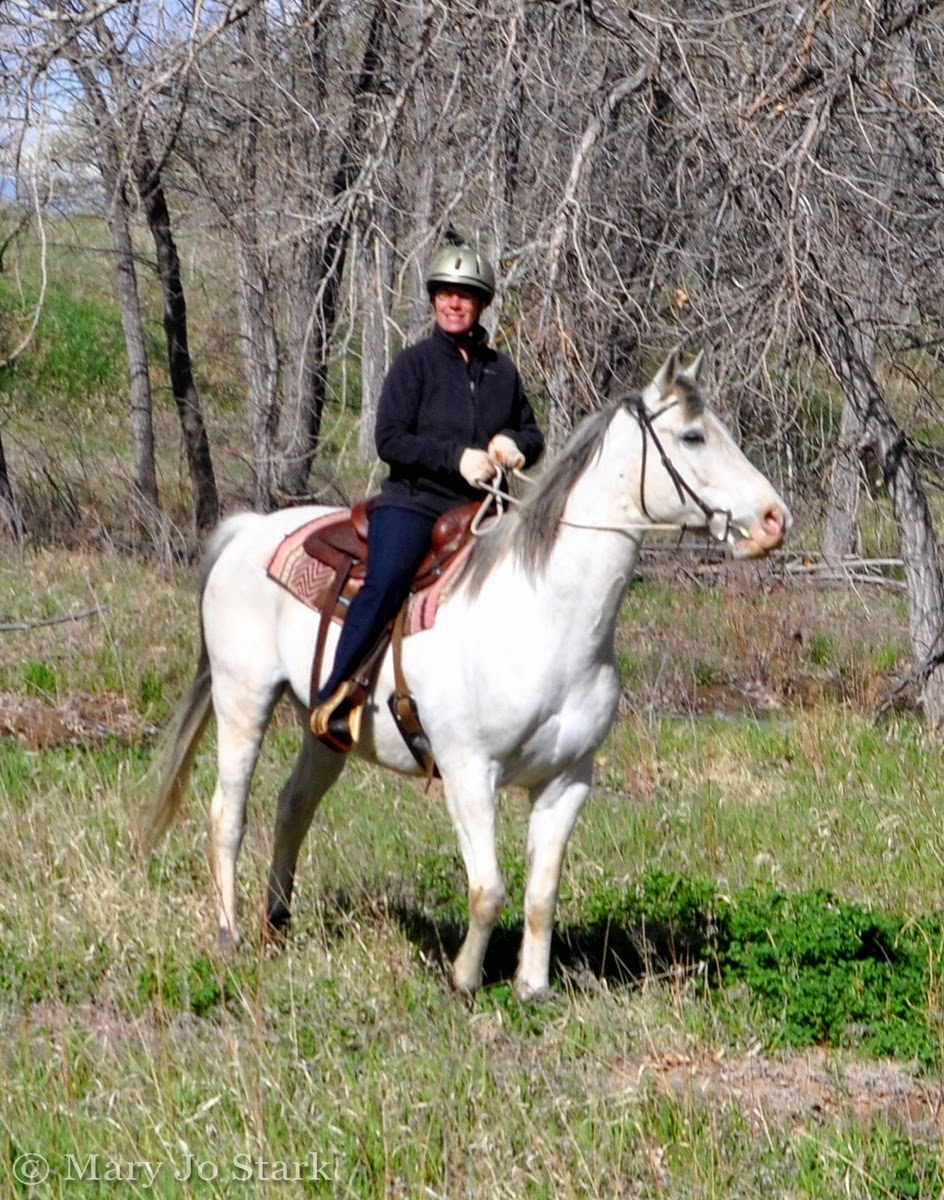 There's no telling how much of this footage will make it into the film, but even if we don't make the final cut, I really enjoyed my brief stint as a movie star!
Posted by Braymere at 4:43 PM