Last weekend was the last chance for showers to qualify their models for this year's NAN.  As a result, Saturday's NAMHSA calendar was chock full of live shows, and my Facebook feed was filled with lots and lots of show pictures.  Today's posts will feature some of the weekend highlights, starting with the Amazonians Live Custom & Performance Show which was held in Lakefield, Minnesota. 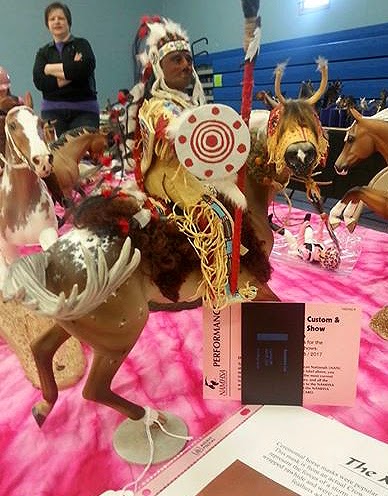 My friend, Tiffany Purdy, attended this show and collected her usual stack of pink NAN cards. 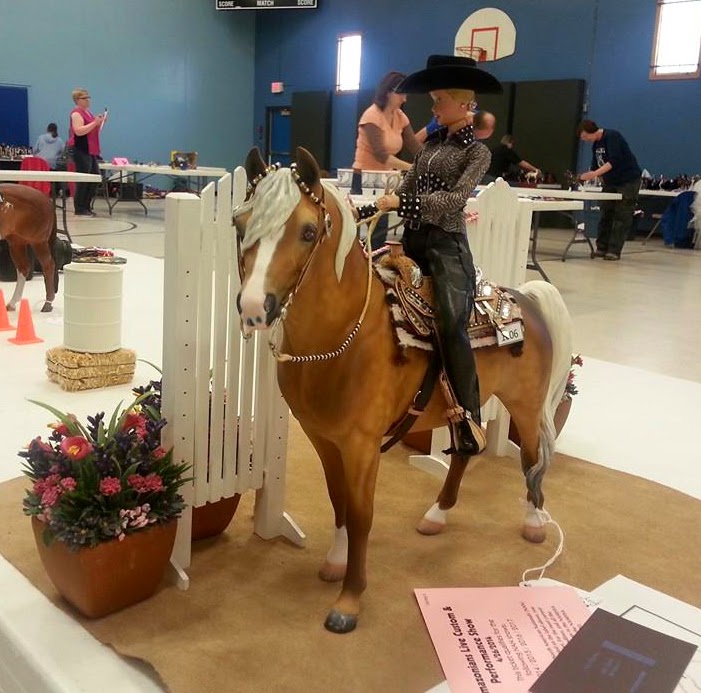 Don't you just know that she's going to need a new tack set for this one?   I can already hear her telling me, "But it's not an actual harness...." 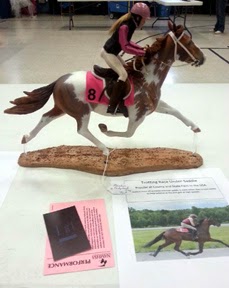 This one belongs to Natalie Kilpatrick, who was showing performance for the first time.  Looks like she's going to be a force to reckon with! 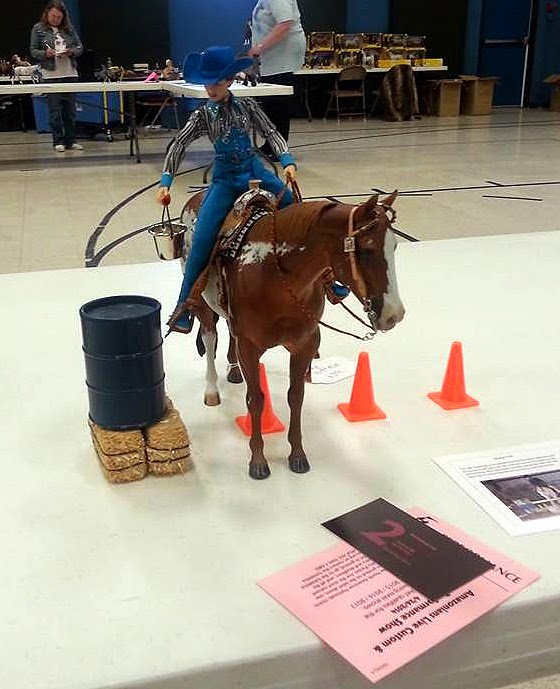 Next up is the Meeme House Double Judged All Performance Show in Kiel, Wisconsin. 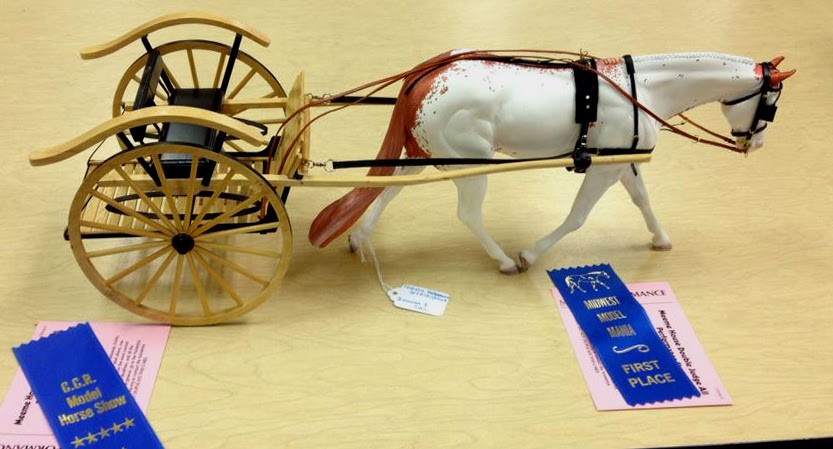 Natalie's other performance horse, Becoosa I Can, attended this show with tackmaker, Lindsay Diamond.  She won both blues in the CM Light Single Harness class and was first and third in Other English Performance with her Obstacle Driving entry.  Those ribbons helped propel her to a Reserve Champion title.  Becoosa I Can is a Suenta Phoenix resin painted by Natalie Kilpatrick and her harness was made by Lindsay Diamond.  Way to go, ladies! 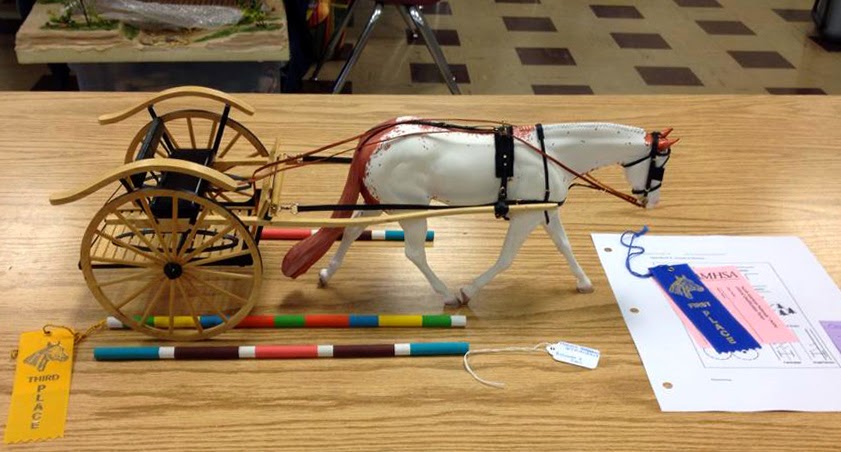 Here's another one of Lindsay's entries.  This is VAF Trebuchet, a Rayvin Murdoc resin painted by Lindsay.  He is wearing tack by Lauren Islip (saddle) and Lindsay (everything else) and is shown with a jump made by Lindsay. 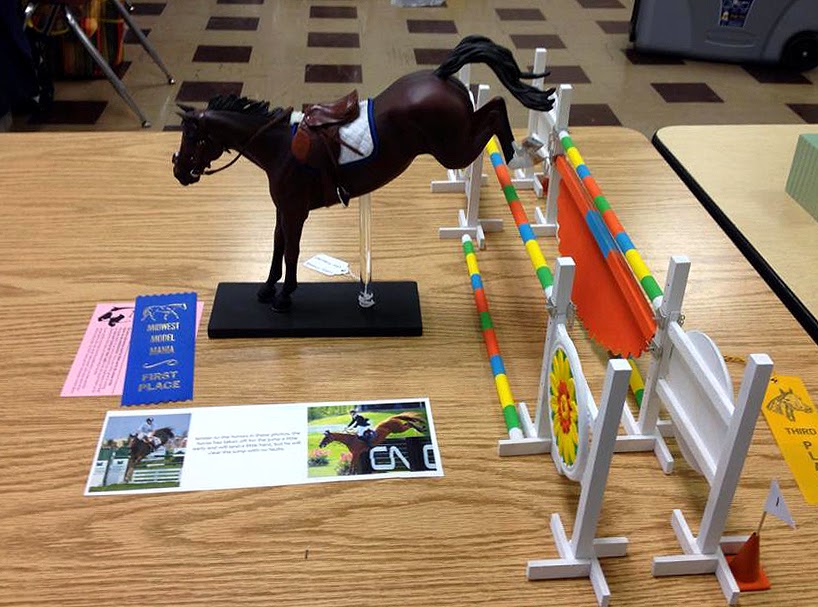 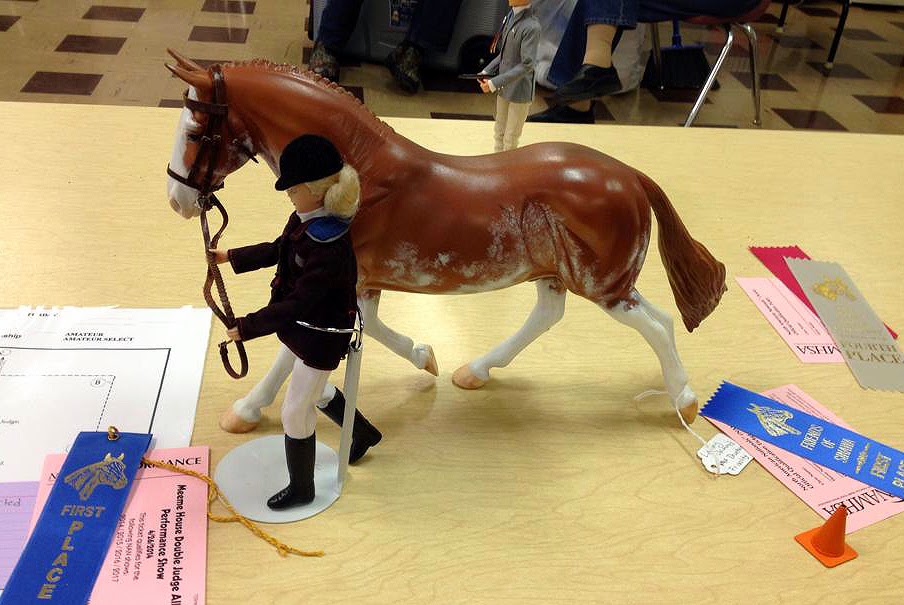 and 'Cause I Said So to second and fourth in Custom English/Light Showmanship.  'Cause I Said So is a Sarah Rose mini resin painted by Natalie Kilpatrick and wearing an amazing bridle by Anna Kirby. 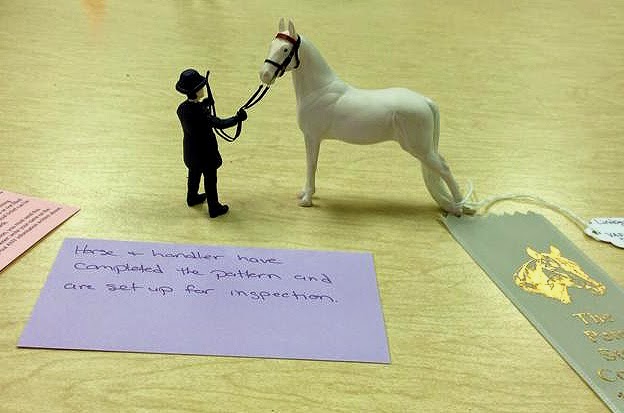 This last entry doesn't belong to Lindsay, but I've included it anyway because this is the first time I've ever seen the Feed Team Race in model scale.  Love it! 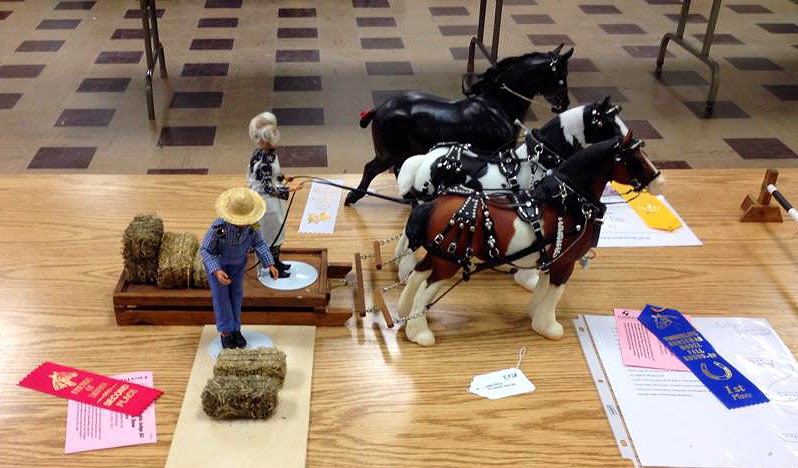 Thanks to Tiffany and Lindsay for sharing their photos.  The next stop on the Live Show Round-up is the Quabbin Valley Performance Open in Spencer, Massachusetts.
Posted by Braymere at 1:14 PM