Almost seven years ago, I checked off one of my oldest resin goals with the purchase of this BHR Loping Horse. 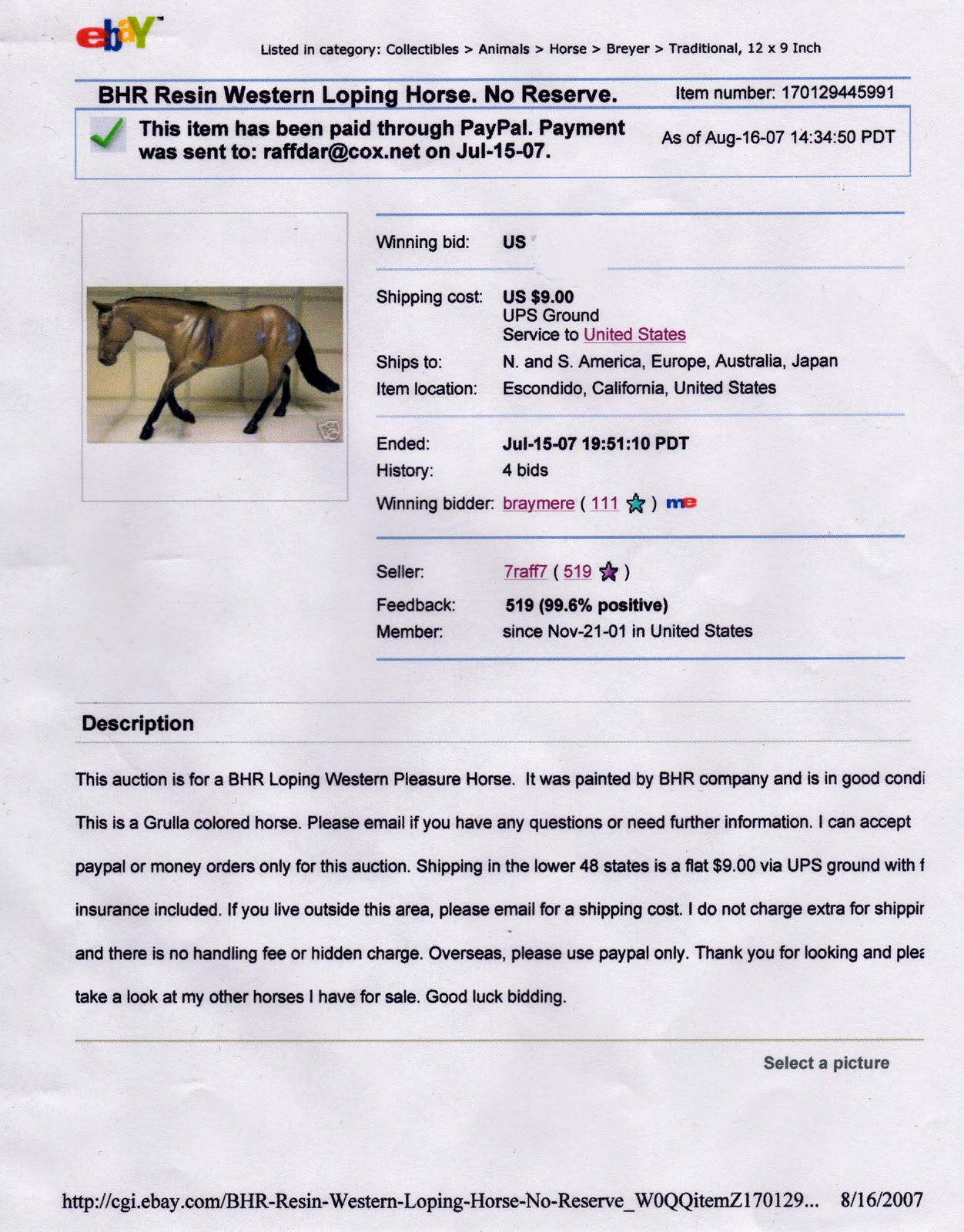 I didn't pay a lot for him, so I wasn't expecting much in terms of the finishwork.  Still, when he arrived, I was taken aback by his complete and utter lack of prepping.  The entire bottom half of the model was covered in seams and pinholes.   There was nothing to do but strip off the old paint and start anew.

"That's ok," I told myself.  "I didn't want a grulla anyway.  This model wants to be dapple grey."

Except...  I can't paint a dapple grey and none of the artists whose dapple greys I like (and can afford) were interested in painting him.  Years passed, and my poor Loper remained unfinished and mostly forgotten on the nekkid resin shelf in my basement. 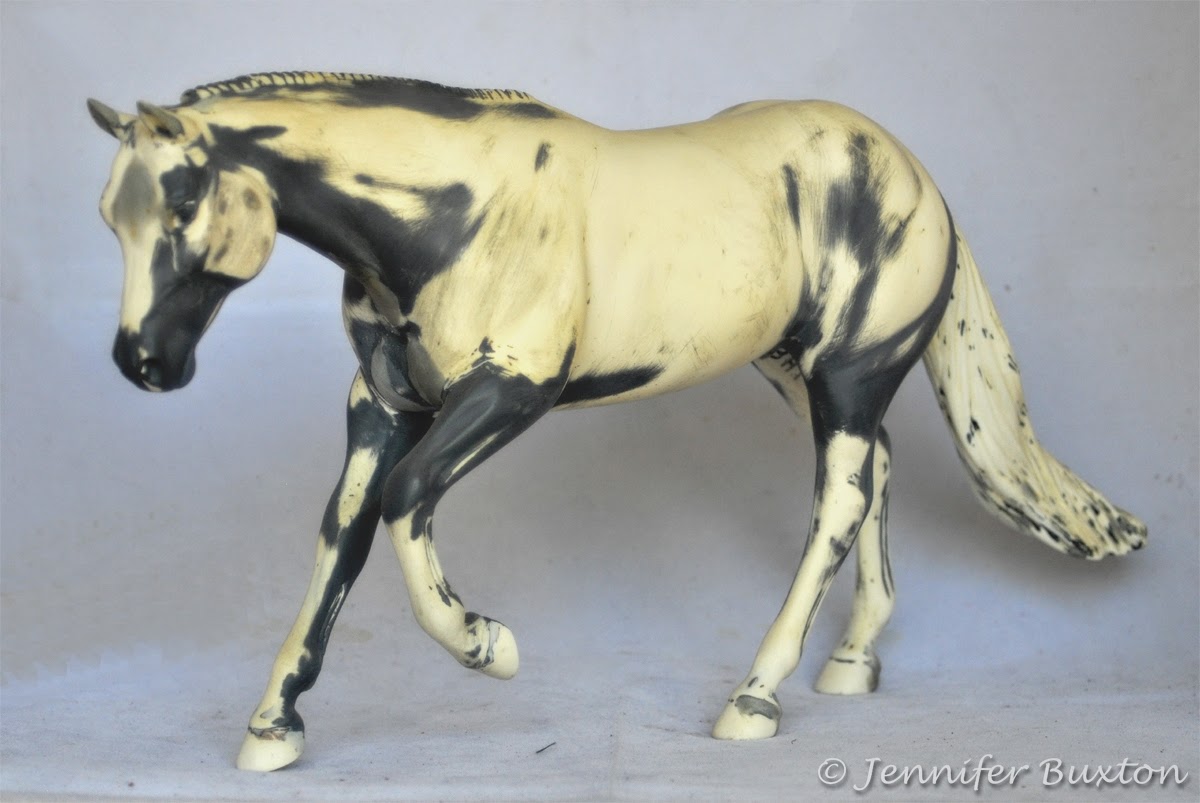 I remembered him about a year ago when my friend, Teresa, bought a dapple grey BHR Loper. 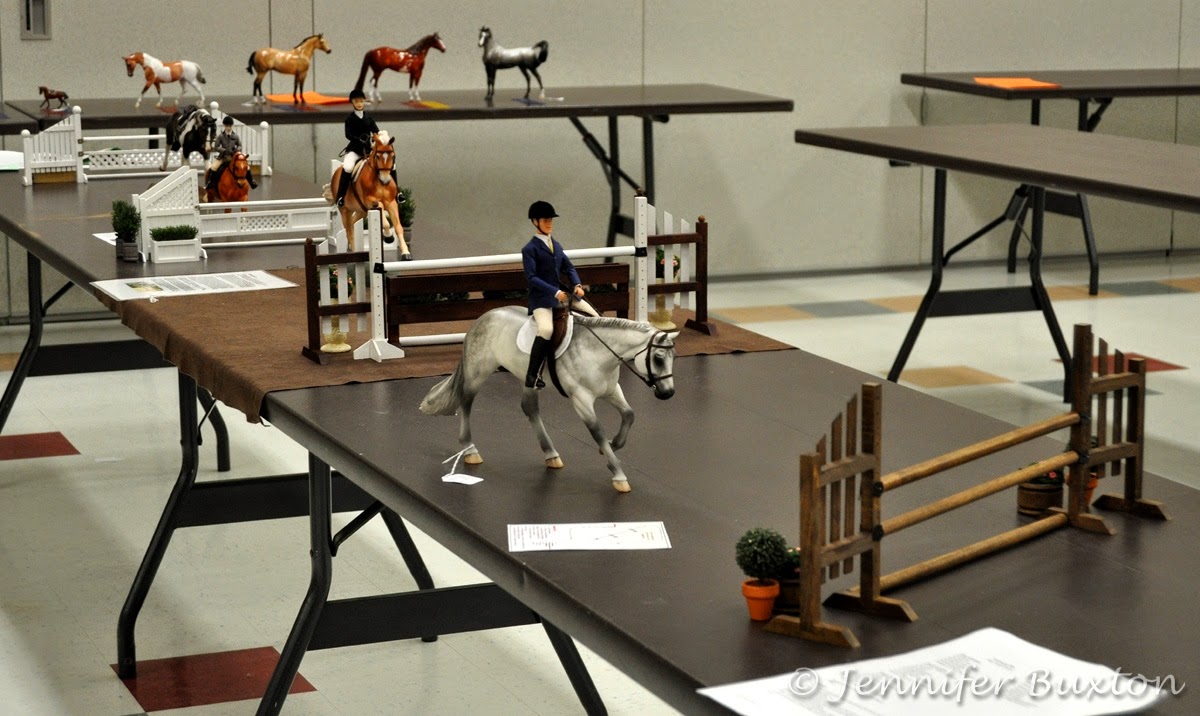 "Oh great," I thought, "Now I need to choose a different color."

I didn't though, because honestly, I'd pretty much given up on ever finishing that Loper.

Then, about a month ago, I was cooling out Mystyc and my eyes wandered over to one of the horses in a nearby turnout ring.  Three thoughts popped into my head. The first was: "Beamer is really a pretty color."

Then: "I could paint that color."

Finally: "I could paint that color on my BHR Loper." 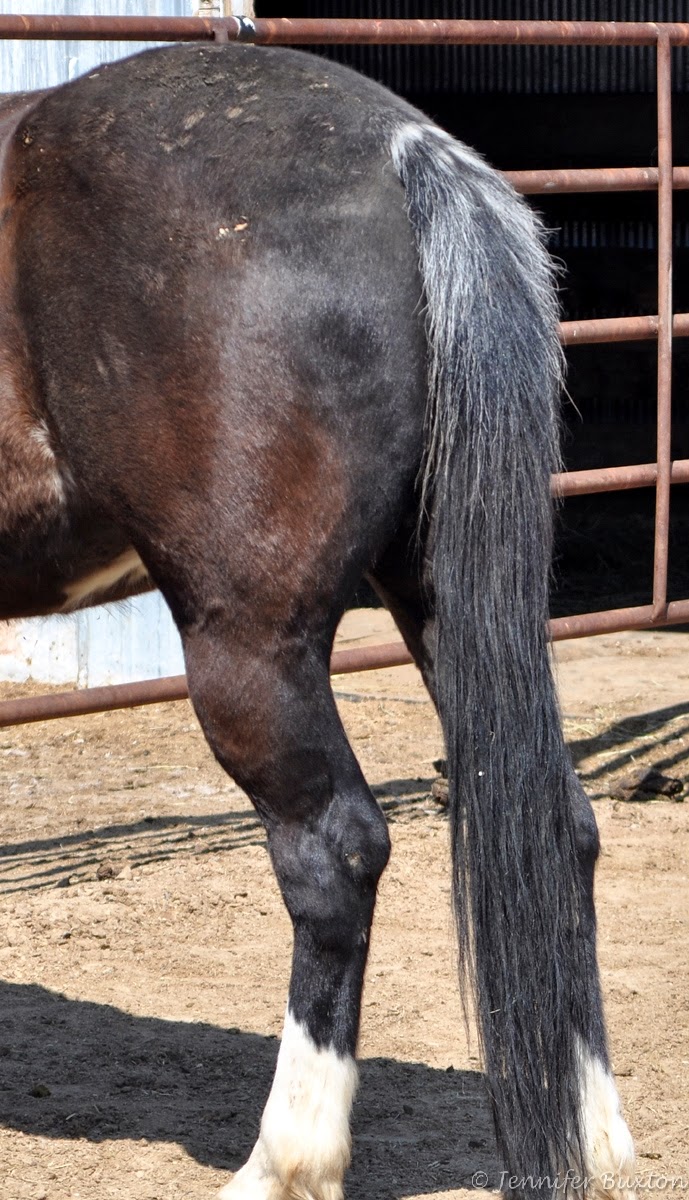 I went home, pulled out that Loper and went to work. 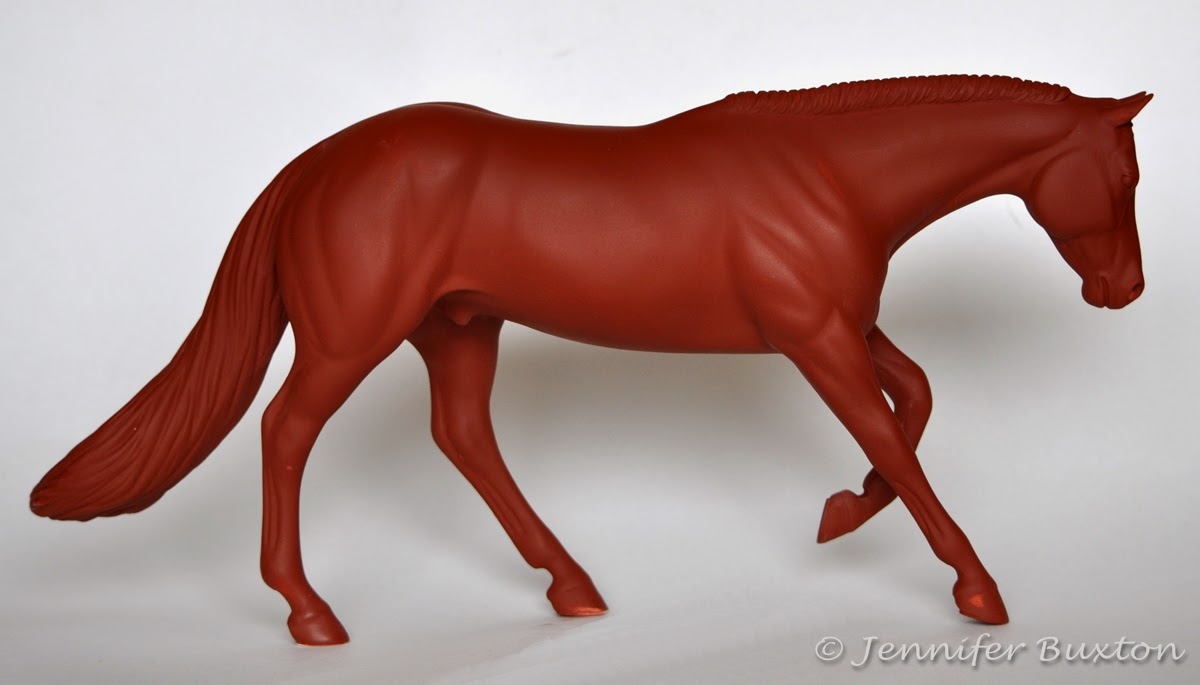 As is usually the case with me, prepping turned into customizing.  I gelded him, added chestnuts and resculpted his face. 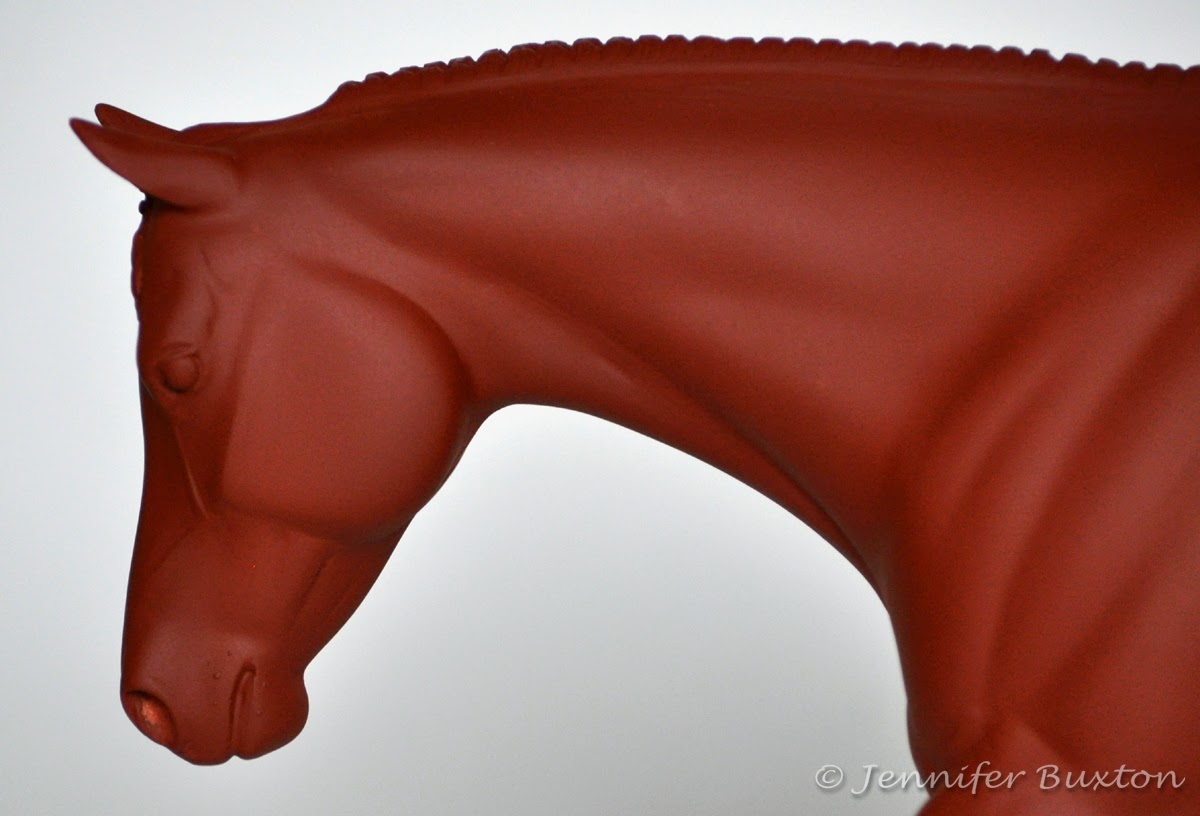 I also shaped his ears and gave him an all new forelock. 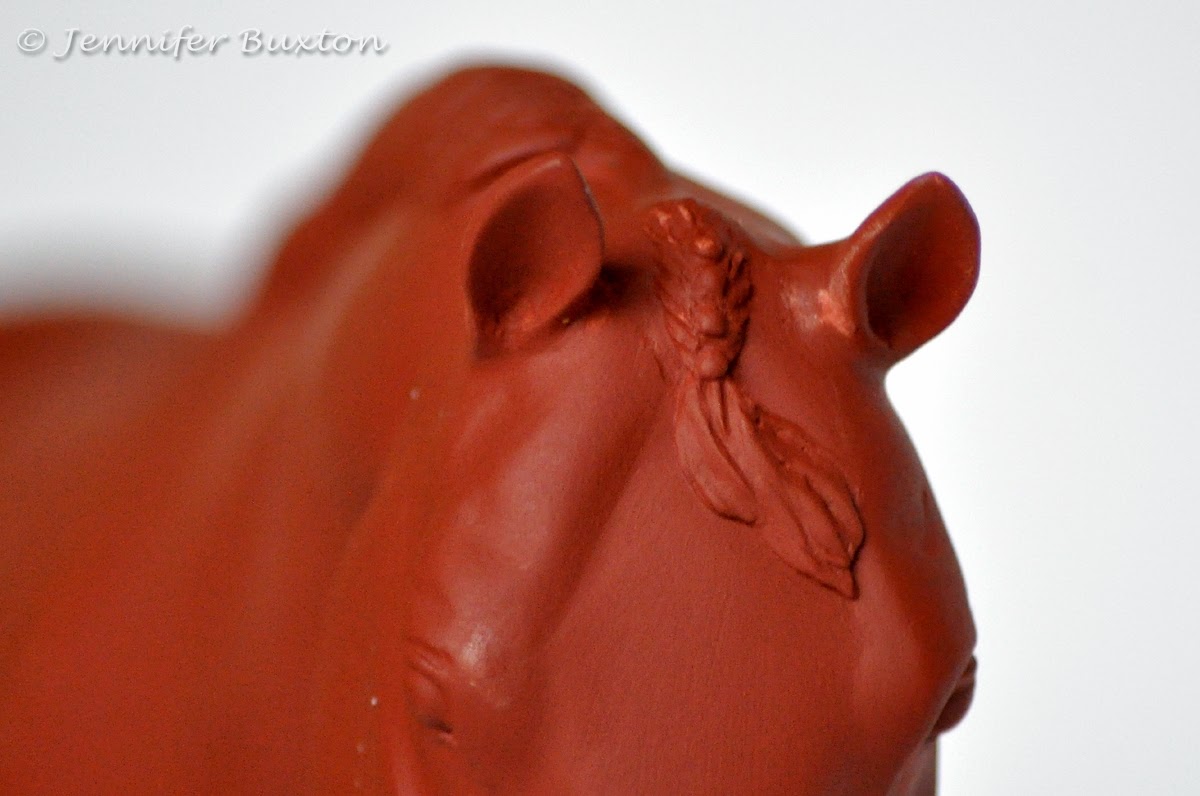 This model was lacking the little flap of flank skin where the hind leg meets the barrel... 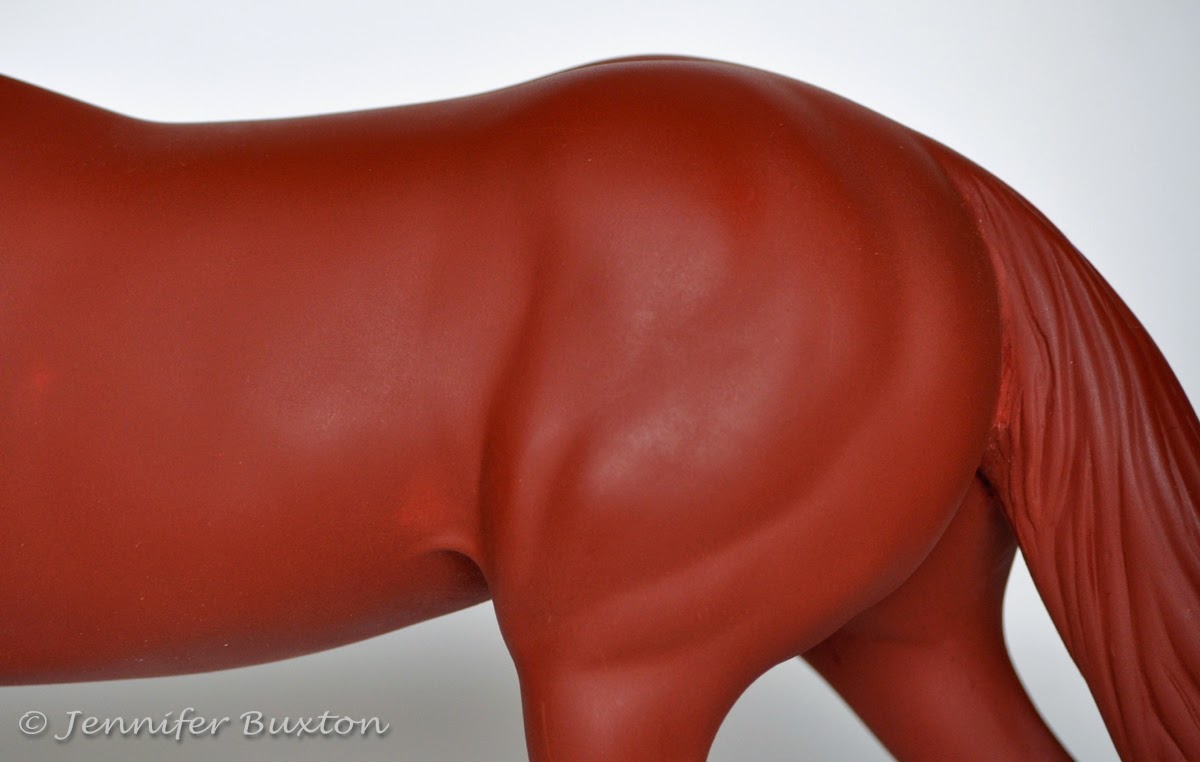 so I added that, too. 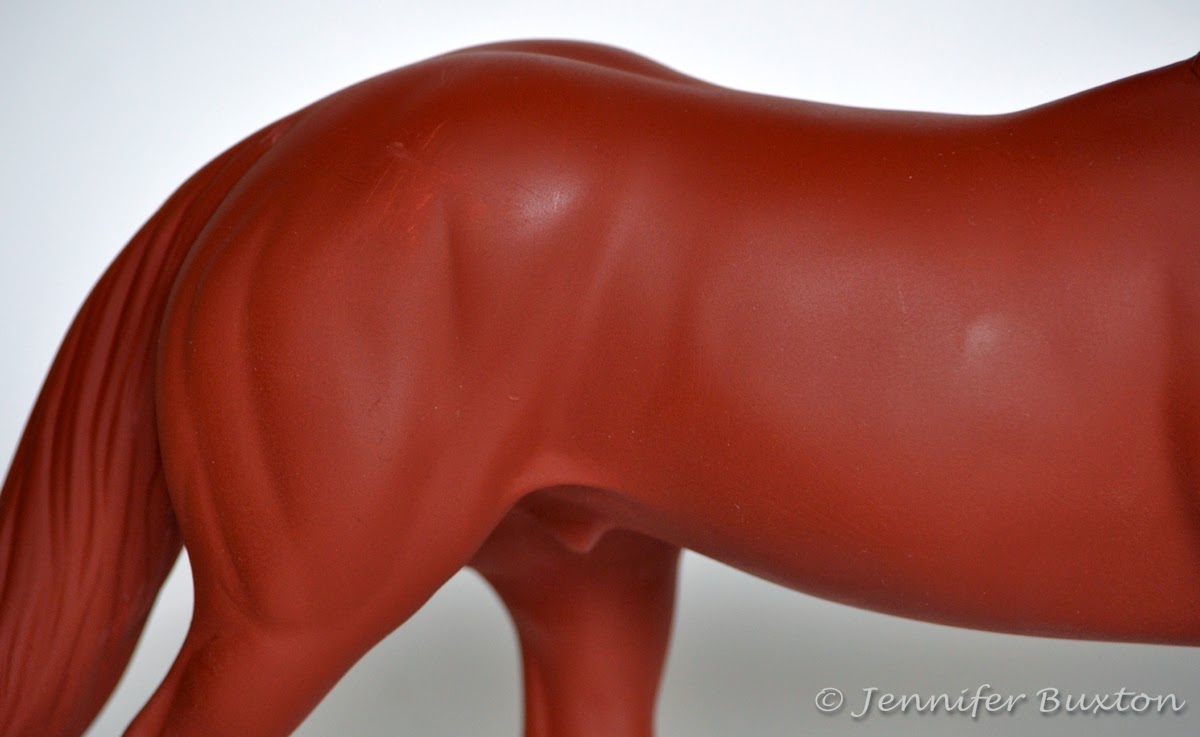 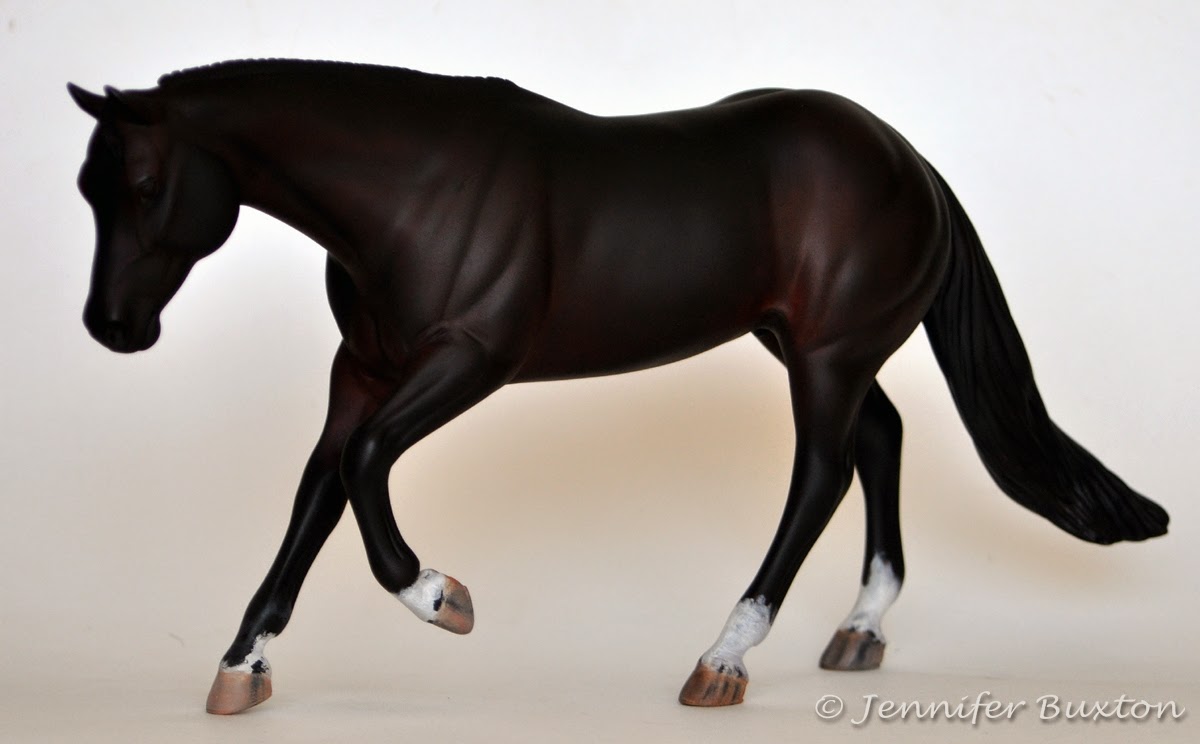 Here's how he looks today.  There's still a long way to go, but I am ridiculously pleased with the progress. 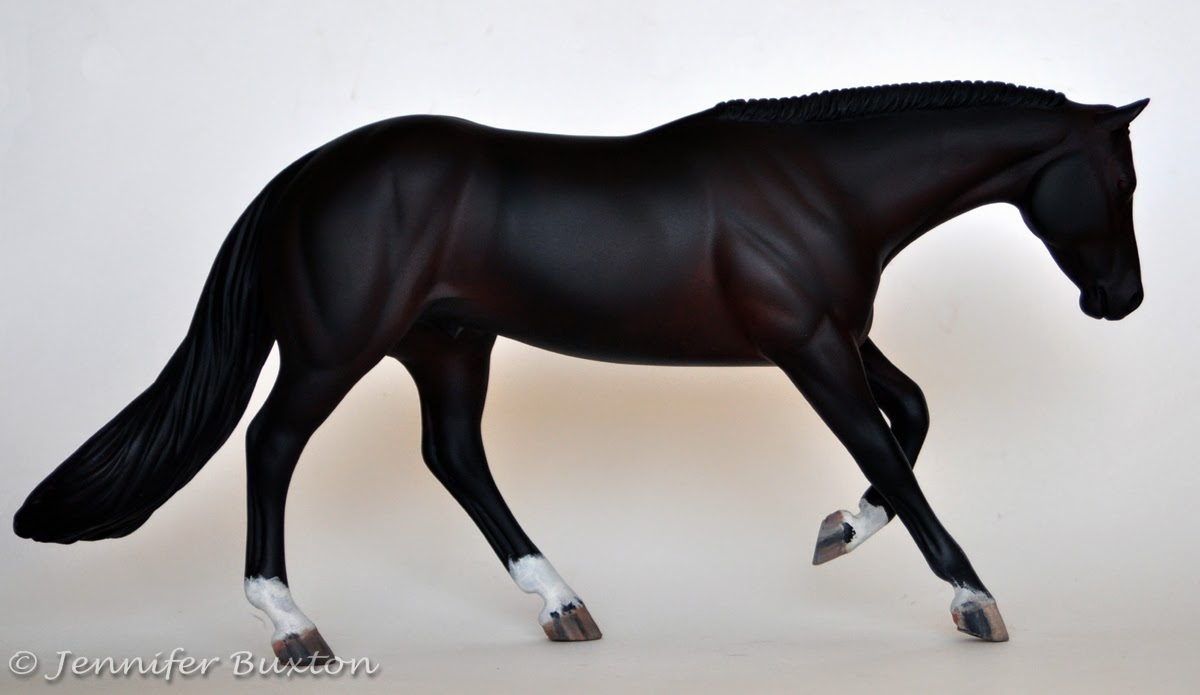 I like the black every bit as much as the dapple grey, and I can't believe that after all these years, the end is almost in sight.  Hurray! Hurray!
Posted by Braymere at 11:51 AM