Despite that, Niki Hertzog's  Expensive Confetti won three good ribbons with an assist from the tooled English saddle made by Erin Corbett and myself. 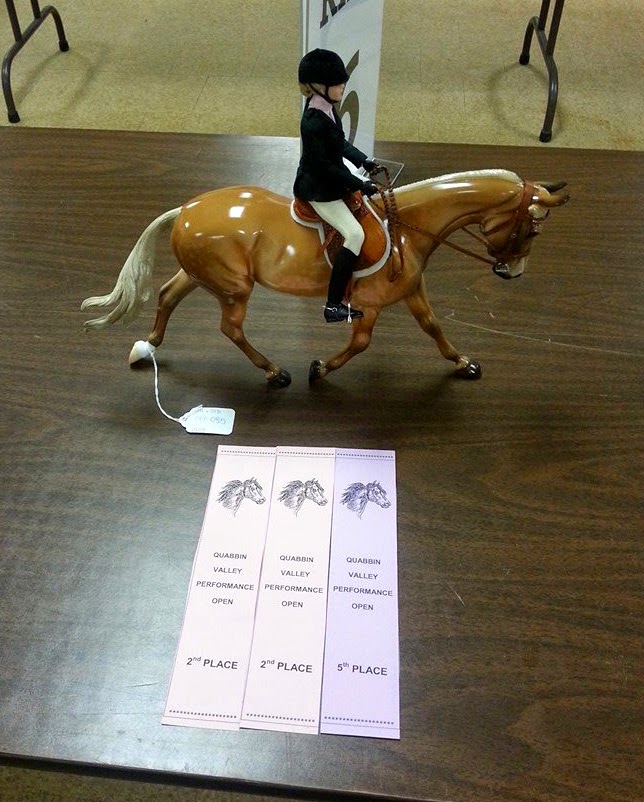 Niki's other OF performance horse, Simon Tam, won his seventy sixth career NAN card (not counting cards used to attend previous NANs).  Amazing!  He wears a saddle by Pat Coulter, a bridle and breastplate by Jana Skybova and a doll by Kris Gallagher 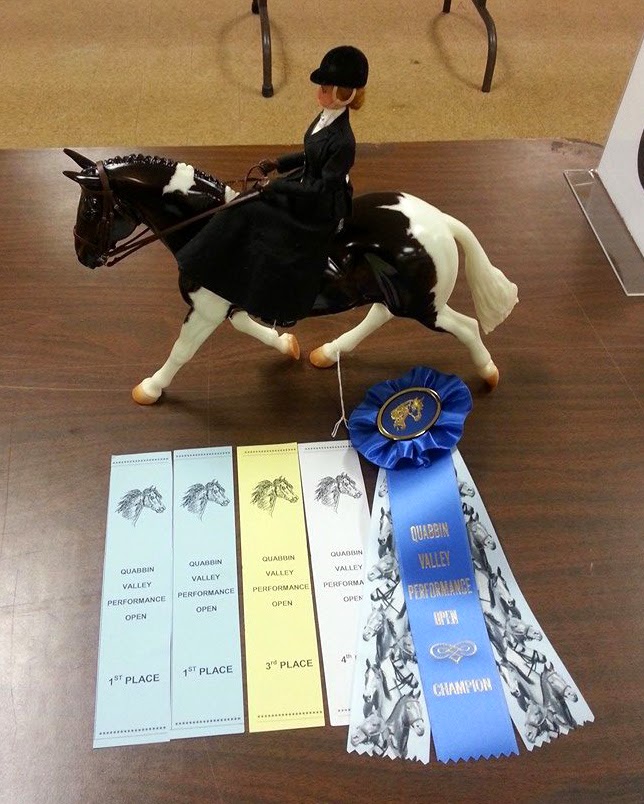 Speaking of Pat Coulter, she was also in attendance.  These are her saddleseat entries,  Stray Cat Strut and Lite Pantastic.  All the tack was made by Pat, and the rider doll was dressed by Kris Gallagher. 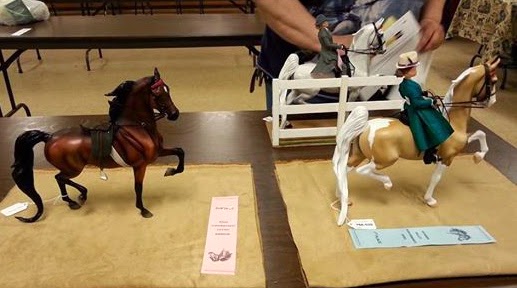 Pat's Roxy also wore a saddle by Pat, with a loaner bridle by Niki.  Like so many tackmakers' horses, Pat's models often have to beg and borrow! 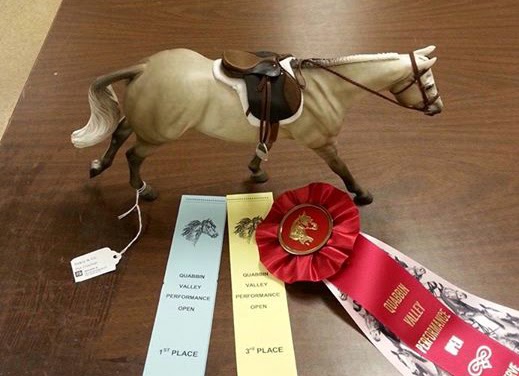 Like me, Pat is most an English girl, but that didn't stop her from claiming a pair of NAN cards with her OF Western performance horse, Cache Da Cheque.  His saddle was made by Rachel Fail, but Pat made the bridle and boots. 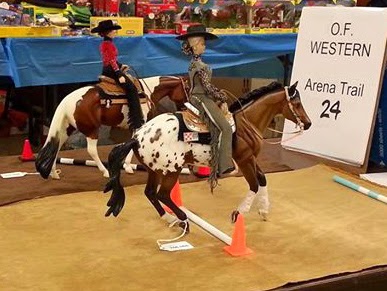 One more photo from Pat--this is Jackie Arns-Rossi's infamous Walking Dead entry.  The horse is Polka Parr T, a BHR reining horse painted by Jackie way back in 2000.  He's wearing a saddle by Corrine Ensor, a pad by Terry Newberry, and a bridle by Pam Perkins.  Anne Field dressed the rider doll, but the zombies all Jackie.  Although Polka Parr T was the tagged entrant, Beowulf also made a cameo appearance inside the trailer. 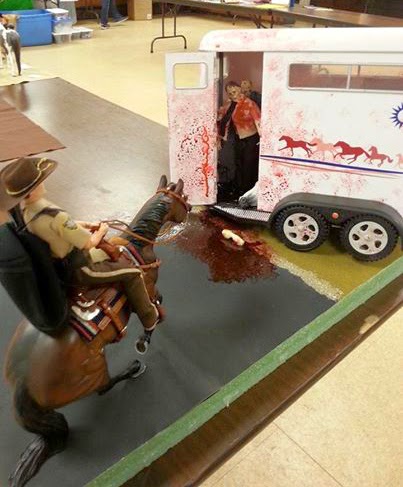 The next seven photos are courtesy of  Anne Field and depict some of her entries. 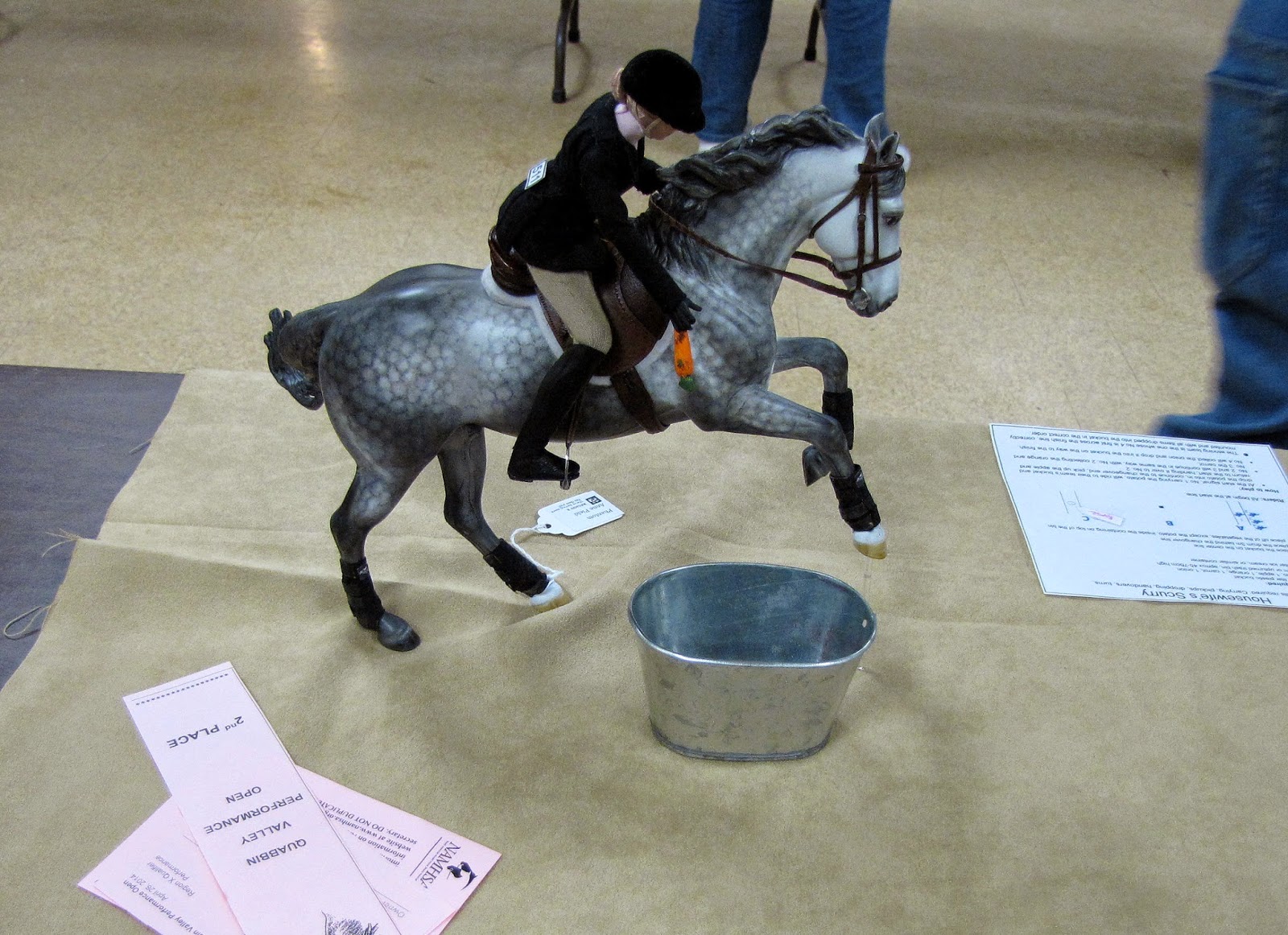 This grey horse is Phantom. He's an Eclipse resin sculpted by Mindy Berg and painted by Joan Yount, who also made the boots.  The rest of the tack was made by me, and Marci Driscoll made the wonderful jump.  I'm assuming the doll is one of Anne's. 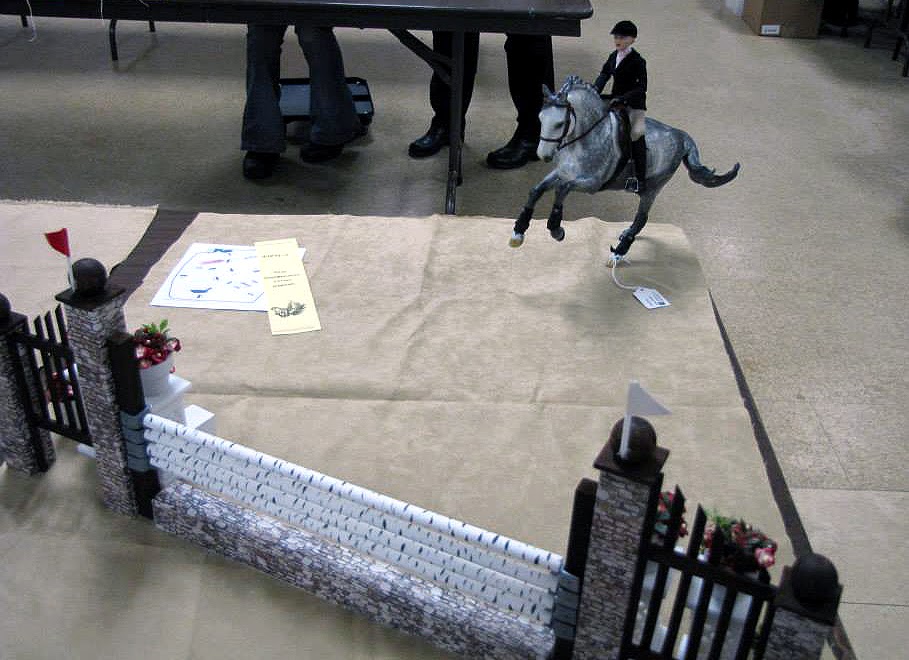 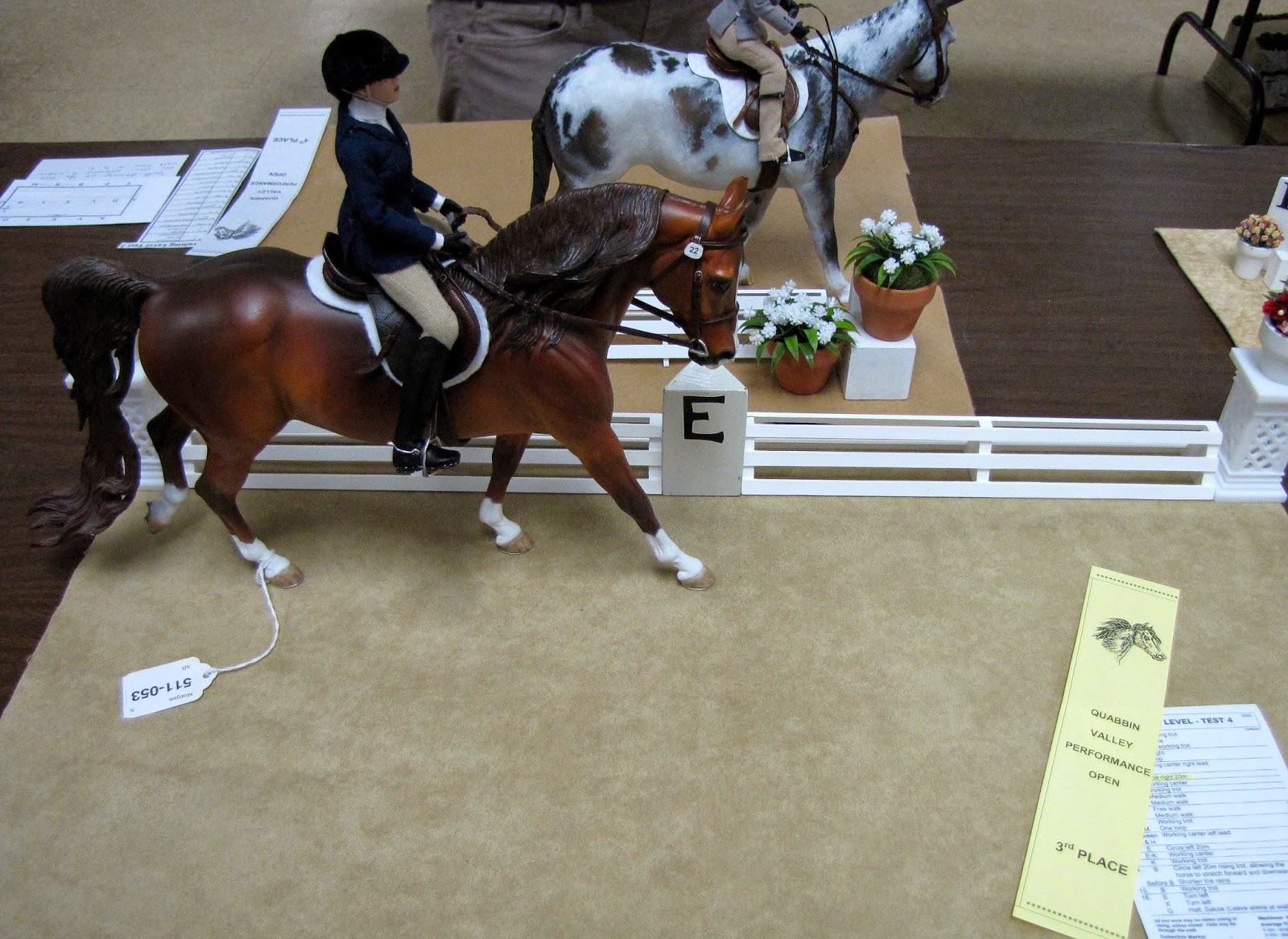 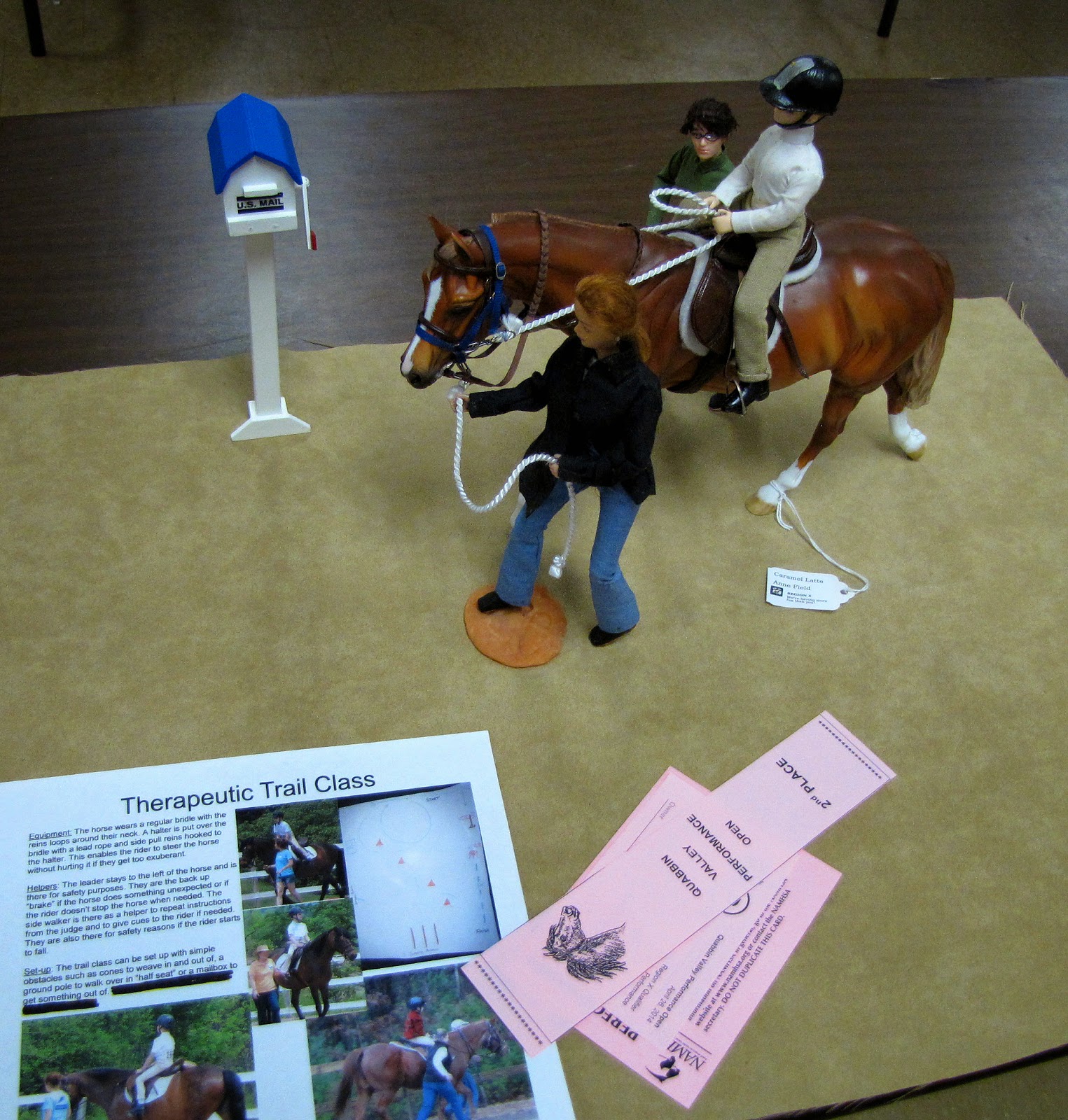 as does Enchanted Eve. 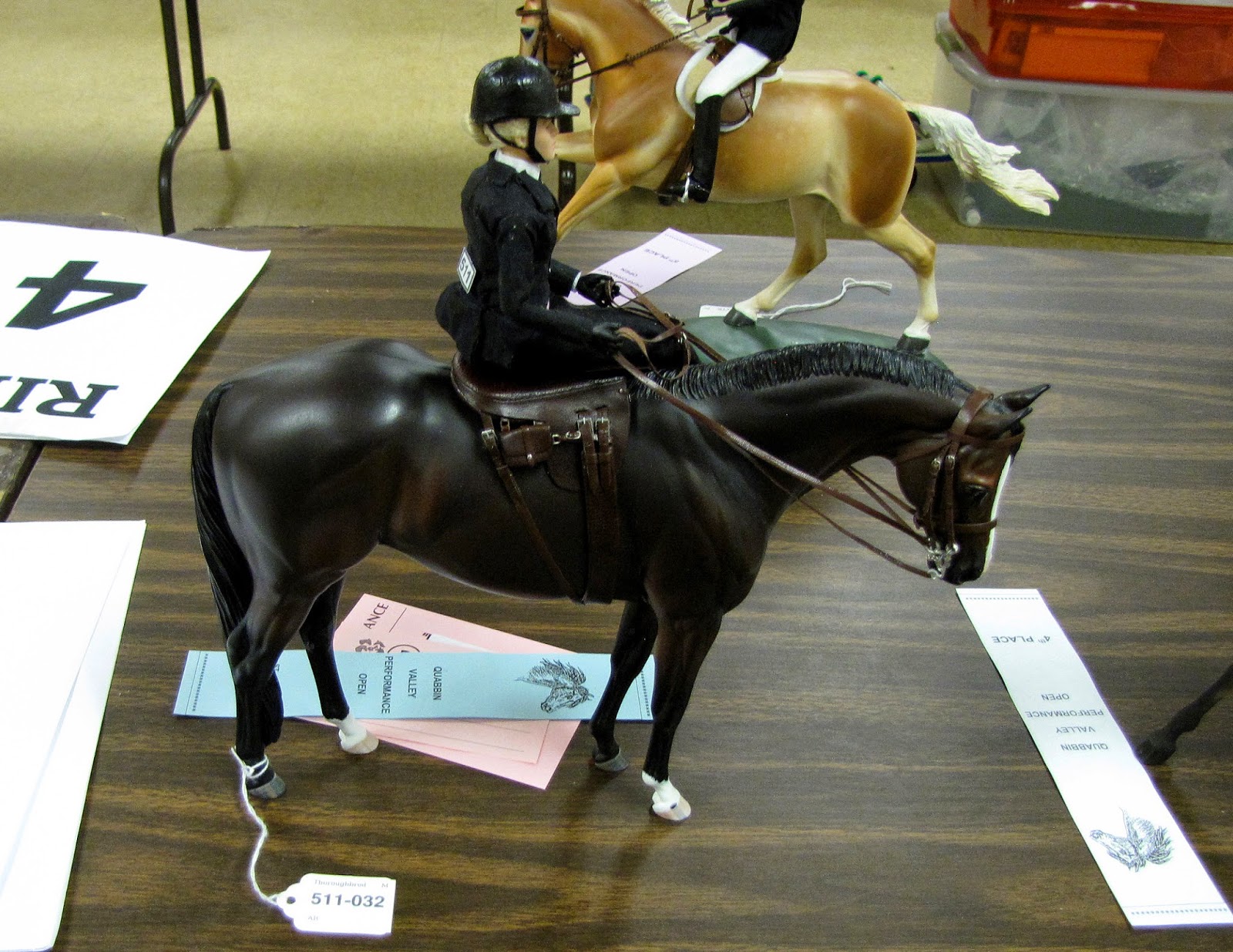 I didn't make anything in this set-up, but it's still my favorite of the day. 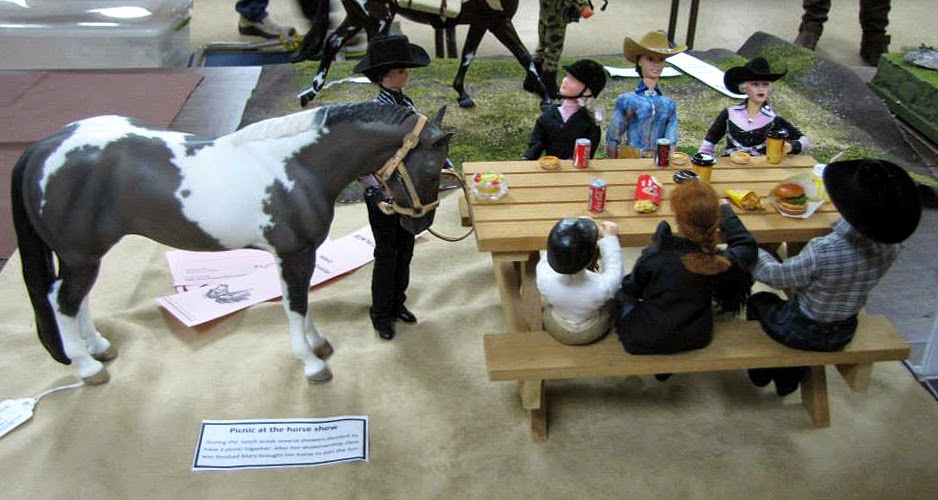 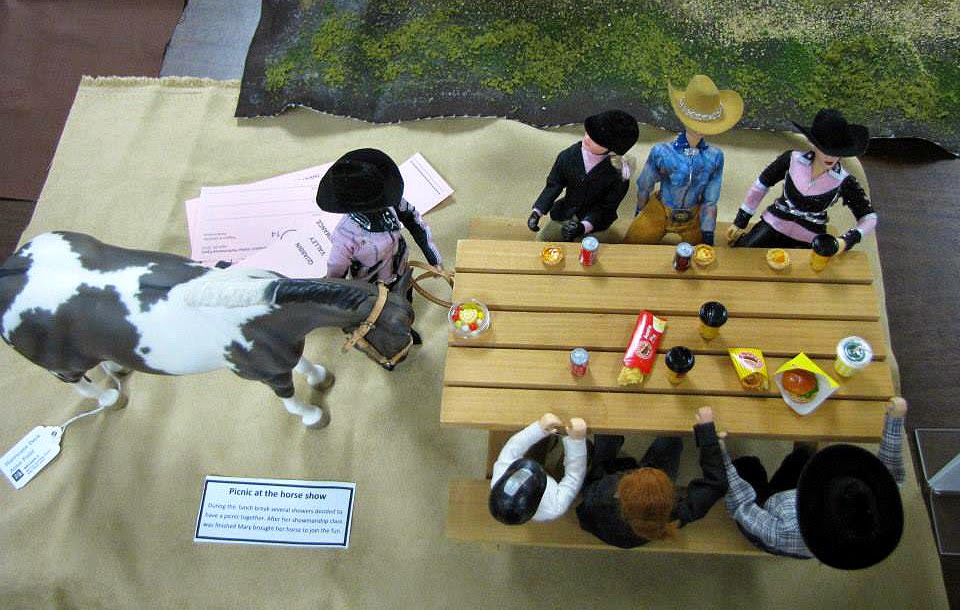 Thanks to Niki, Pat and Anne for sharing their photos and stay tuned for the next installment of Live Show Round-up!
Posted by Braymere at 3:34 PM