Continuing yesterday's tour of the April 26 live shows, we move to Xenia, Ohio, home of the Four Leaf Clover Show. 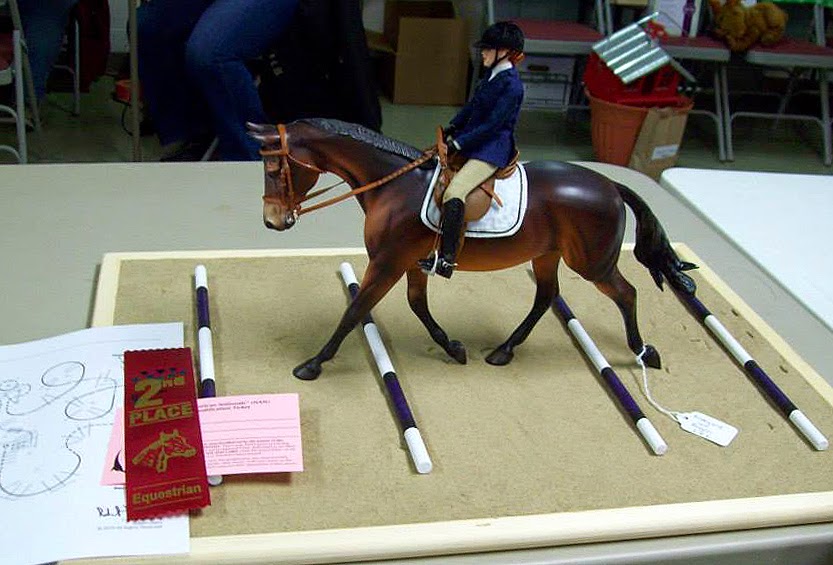 Sara Kucharski  was there... 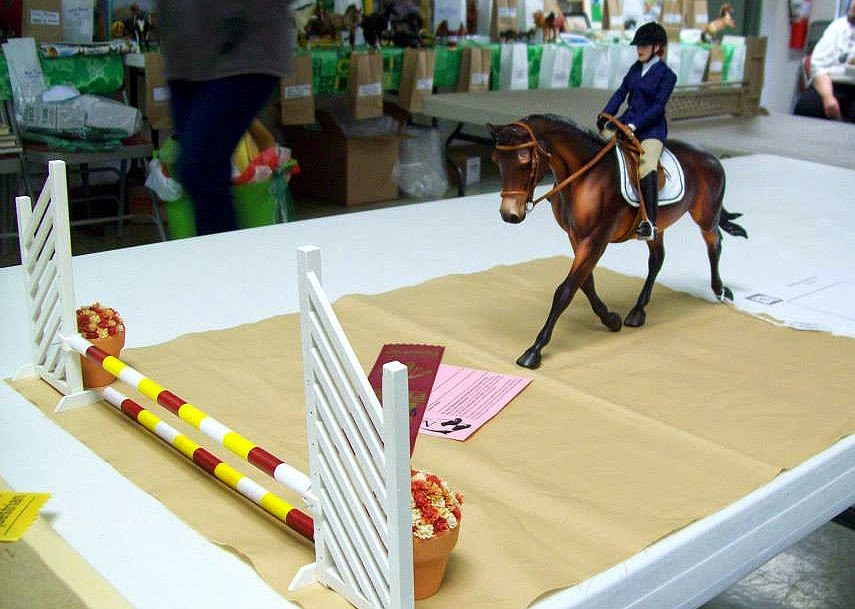 with her two good English horses... 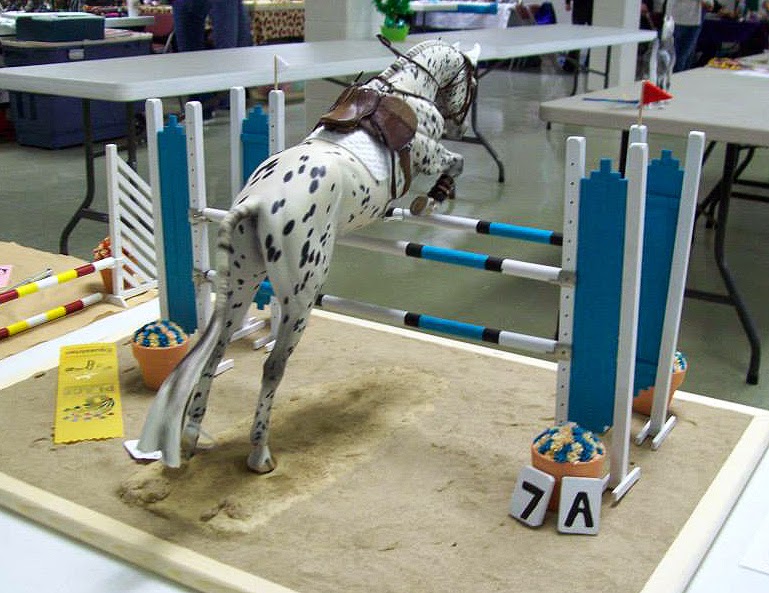 and once again, she made my old saddle look good as new! 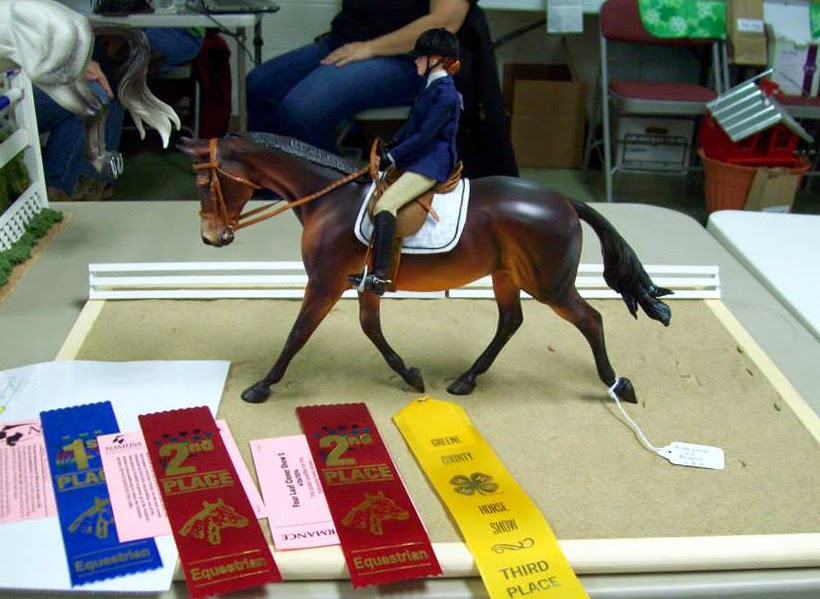 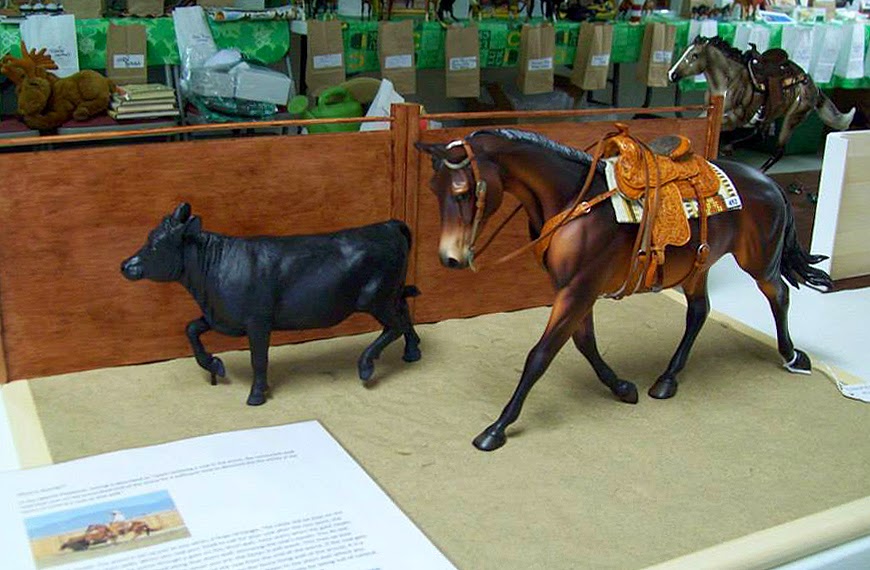 She was joined by two of Sara's other horses. 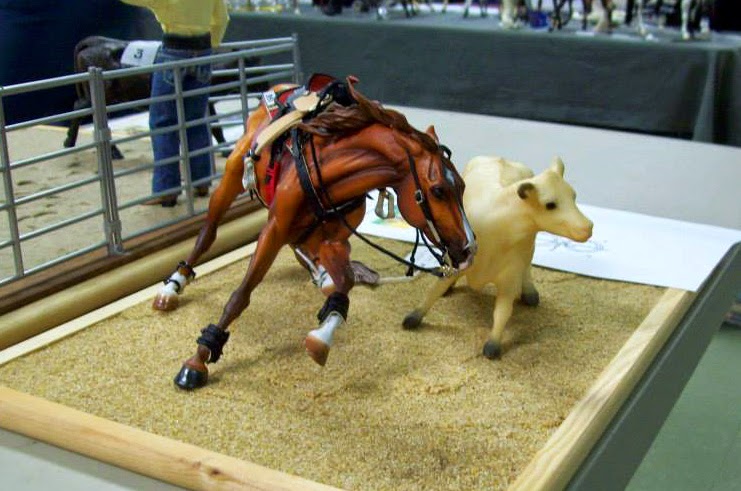 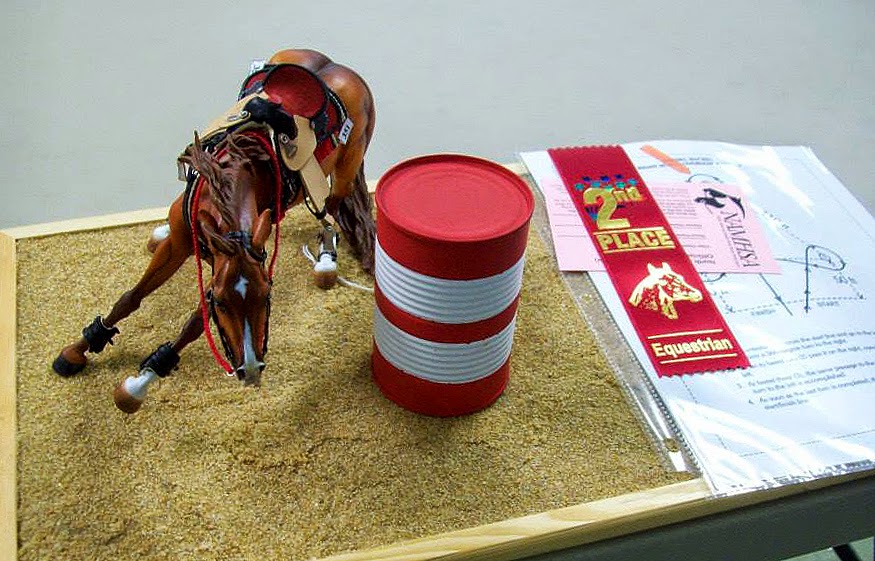 I don't know the name of this one, but he is wearing a pink heart saddle that Sara made for Tiffany. 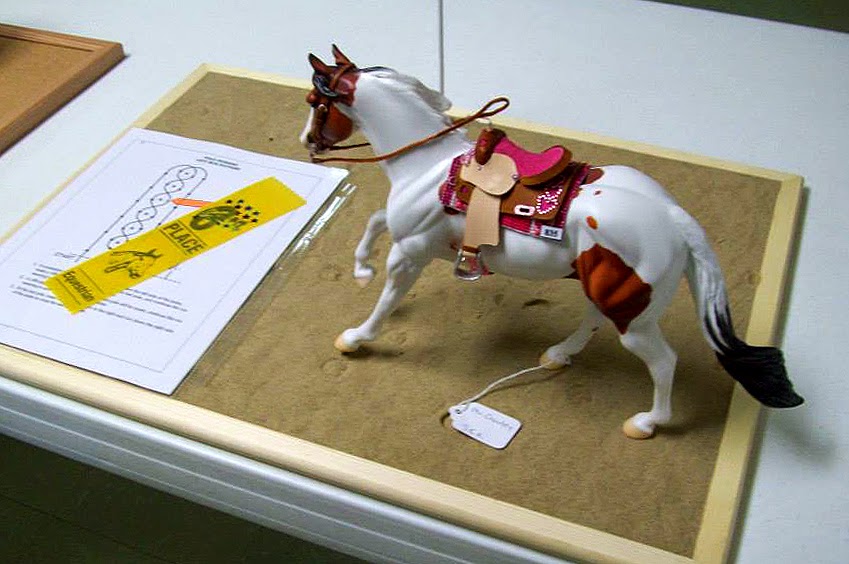 Seriously!  How many saddles does Tiffany need? 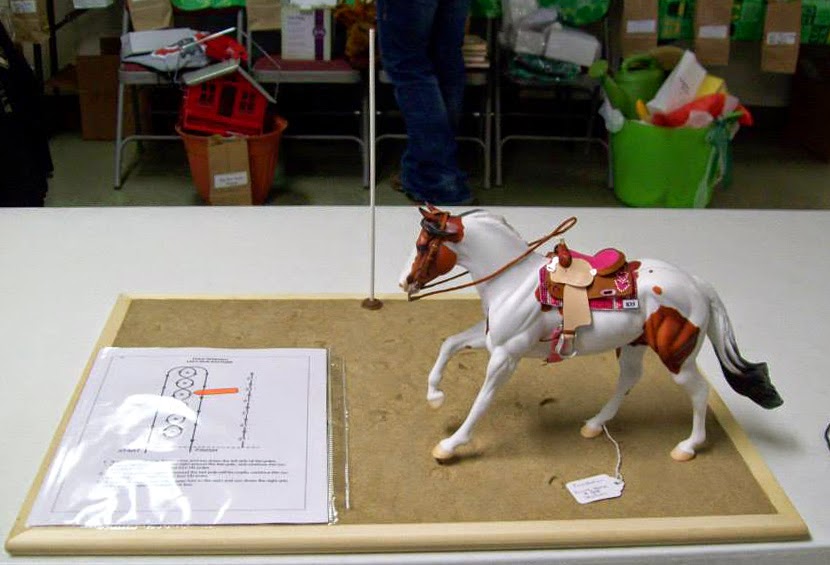 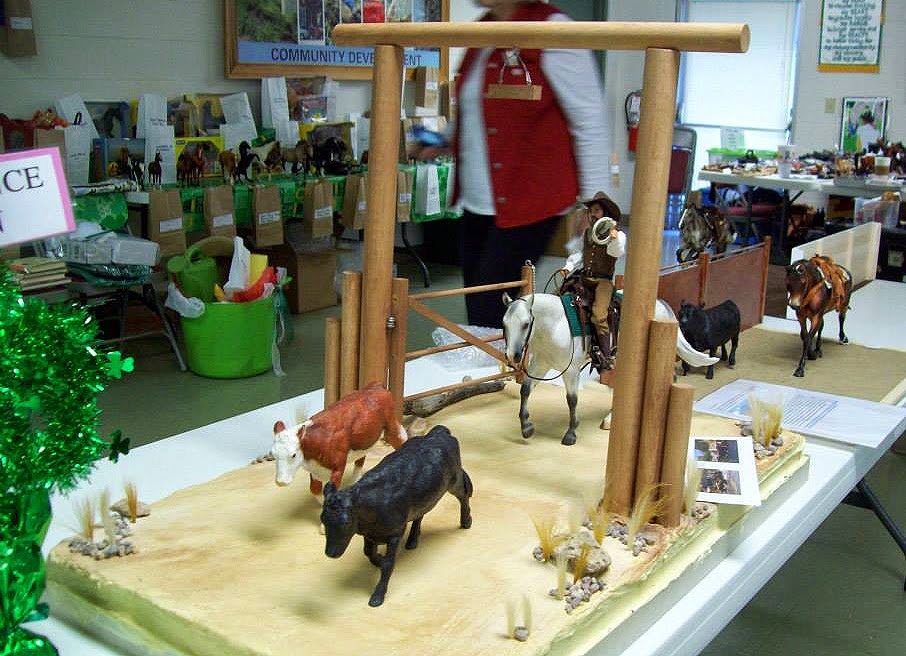 and it's on to halter! 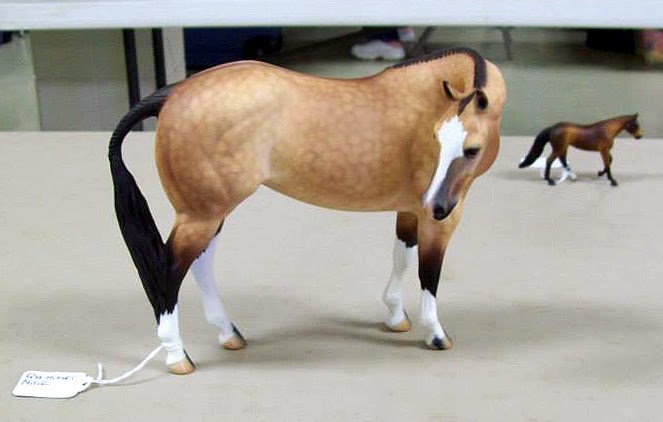 I know I usually prefer performance pictures, but I could look at this horse all day long! 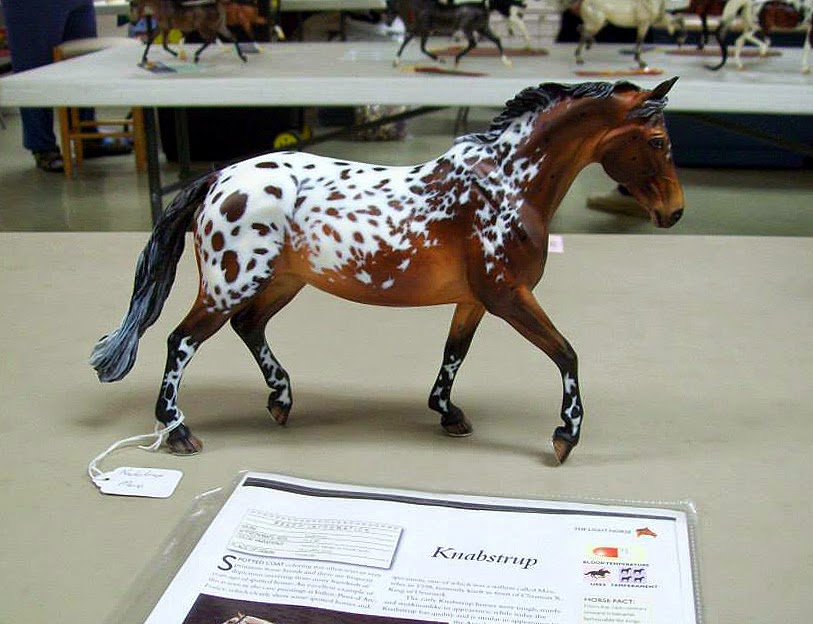 Sara wasn't the only one in the show hall with a camera.  This little cutie is a Jasmin Ruhland Lilly resin painted by Angelica Nelson.  "Alice" is owned by Colleen McNamara who also provided the photo. 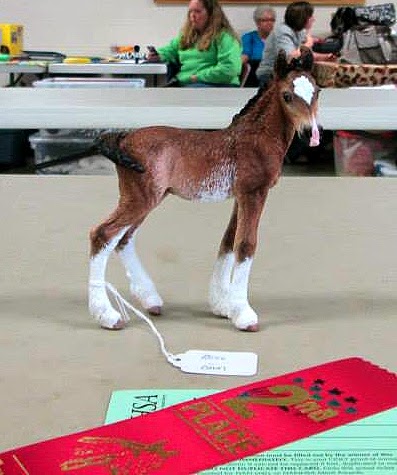 Some of Colleen's other winners include Luck of the Irish, a Brigitte Eberl Smiley resin painted by Tara Louiselle... 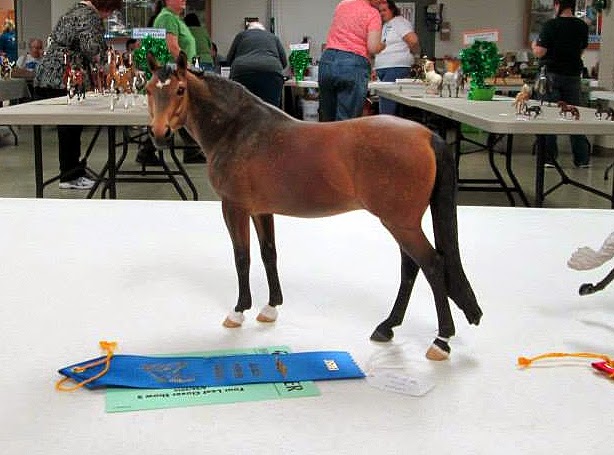 and Squint, a Sarah Rose Working Girl resin customized by Melanie Miller and painted by Tracy Eilers.  FYI, if ever there was a model to persuade me to drop my no minis stance, this would be it! 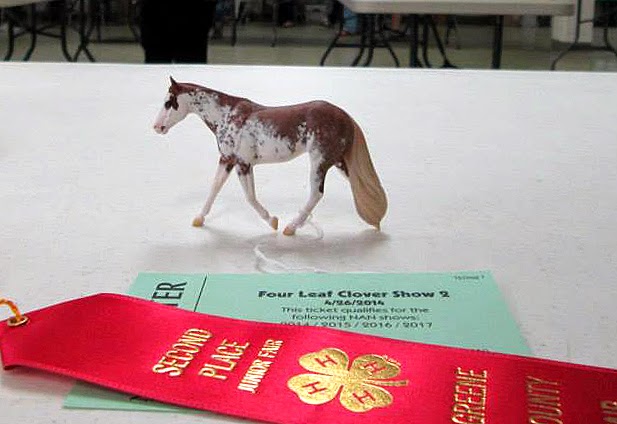 After a miraculous change in parentage occasioned by an inattentive show mom, Not a Single Doubt became a Tersk and still managed to qualify in breed.  Hurray for options! 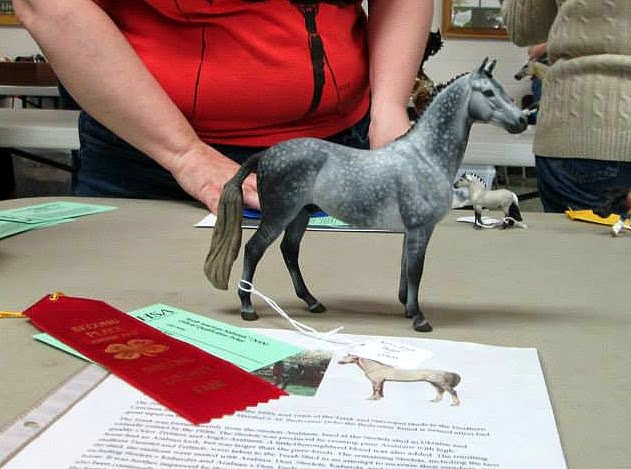 ThisMaxixe by Karen Christina Zorn was placed next to a mirror... 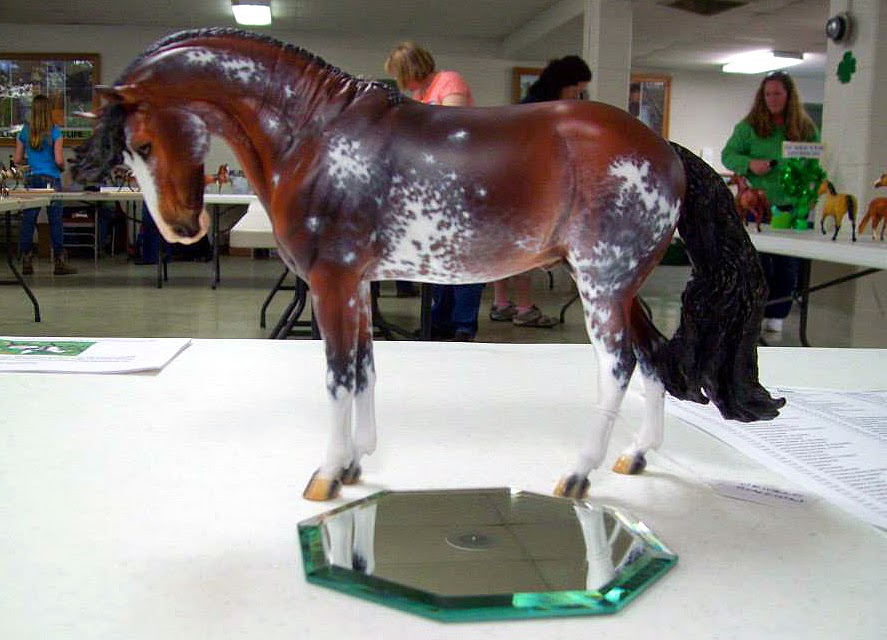 so the judge could fully appreciate his beautiful belly. 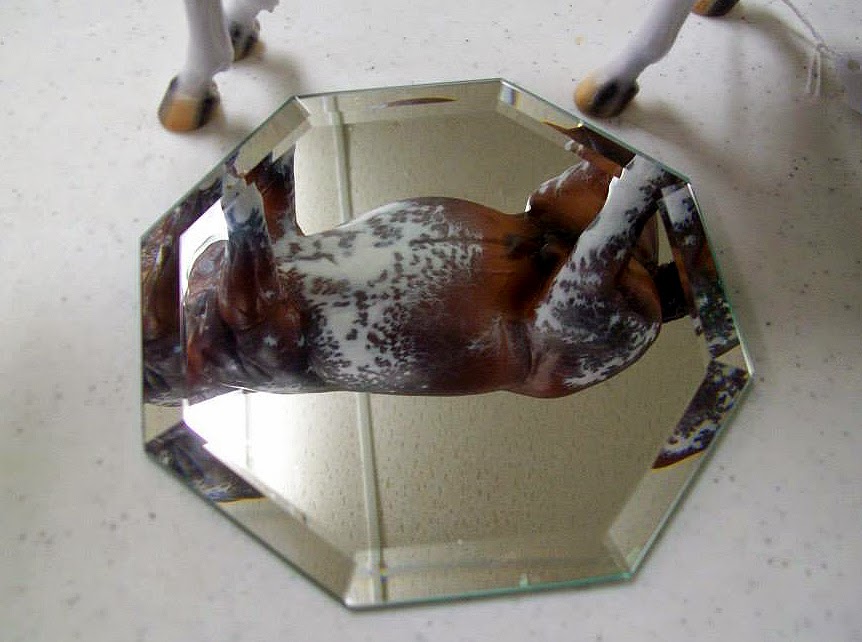 With details like that, it's no surprise that he was named Overall Champion in the Workmanship division. 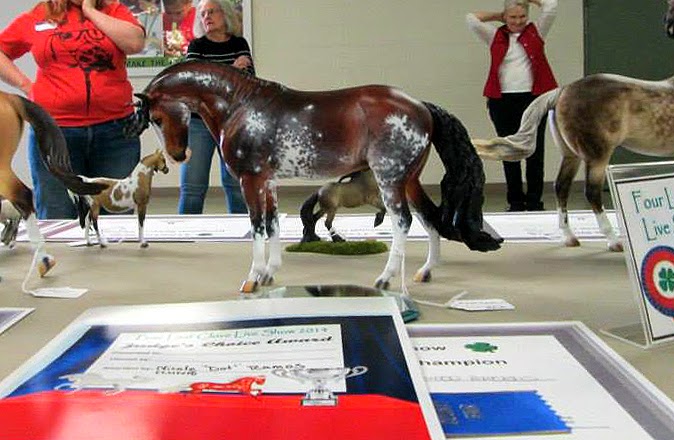 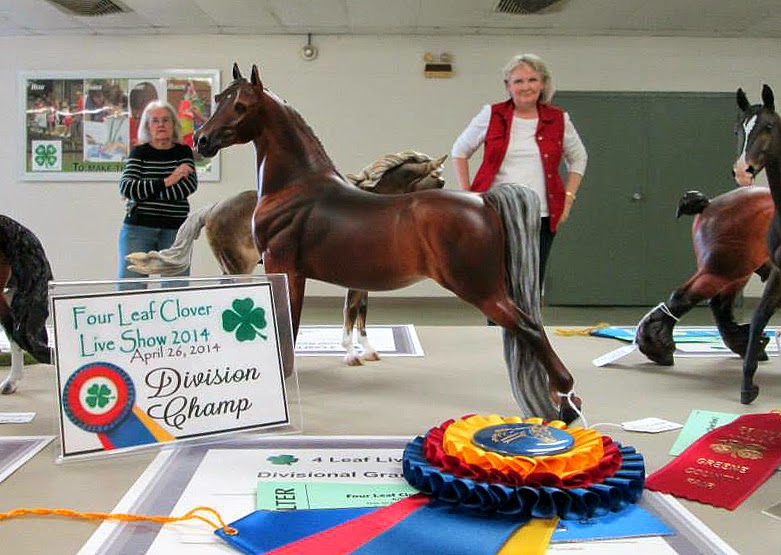 Congratulations to all the winners and thanks to Sara Kucharski and Colleen McNamara for allowing me to share their photos!
Posted by Braymere at 11:51 AM