Last week was filled with work, taxes and yet another canine medical extravaganza, none of which make for exciting blog fodder.

Fortunately, the weekend brought some relief in the form of a fun sidesaddle day at Fabian's barn in Thornton, Colorado. 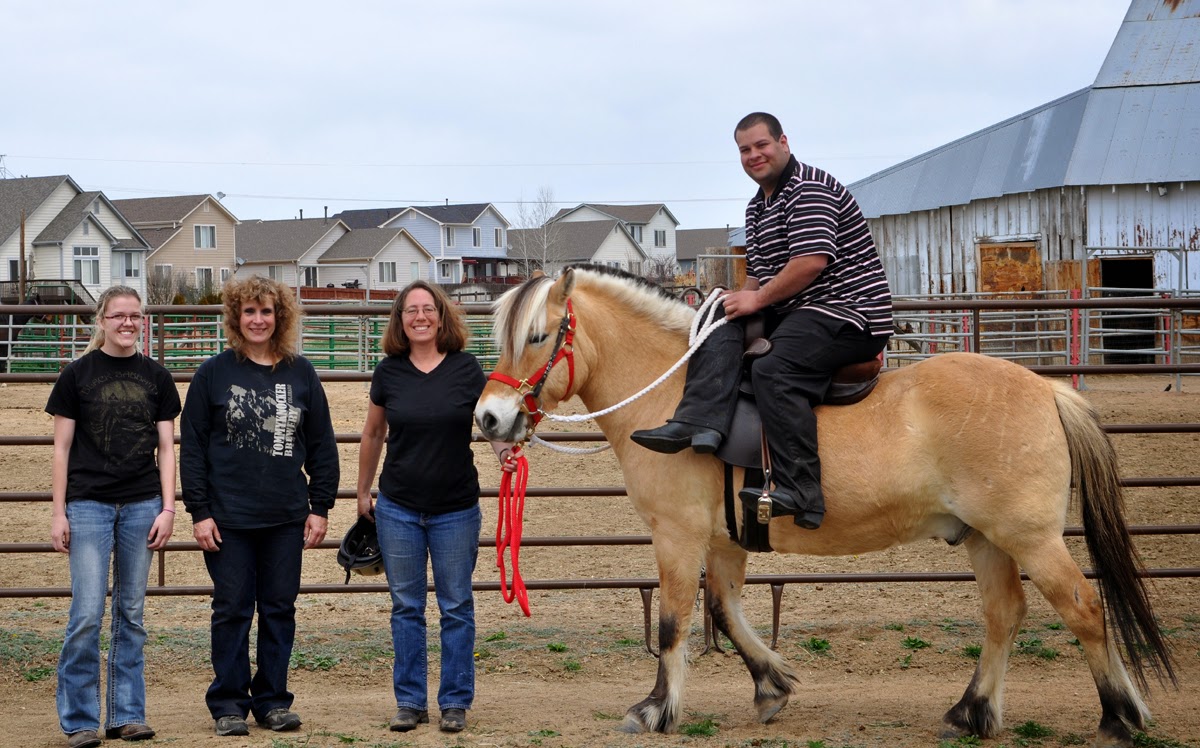 When I arrived, Cisco was already saddled.  Teresa climbed on first... 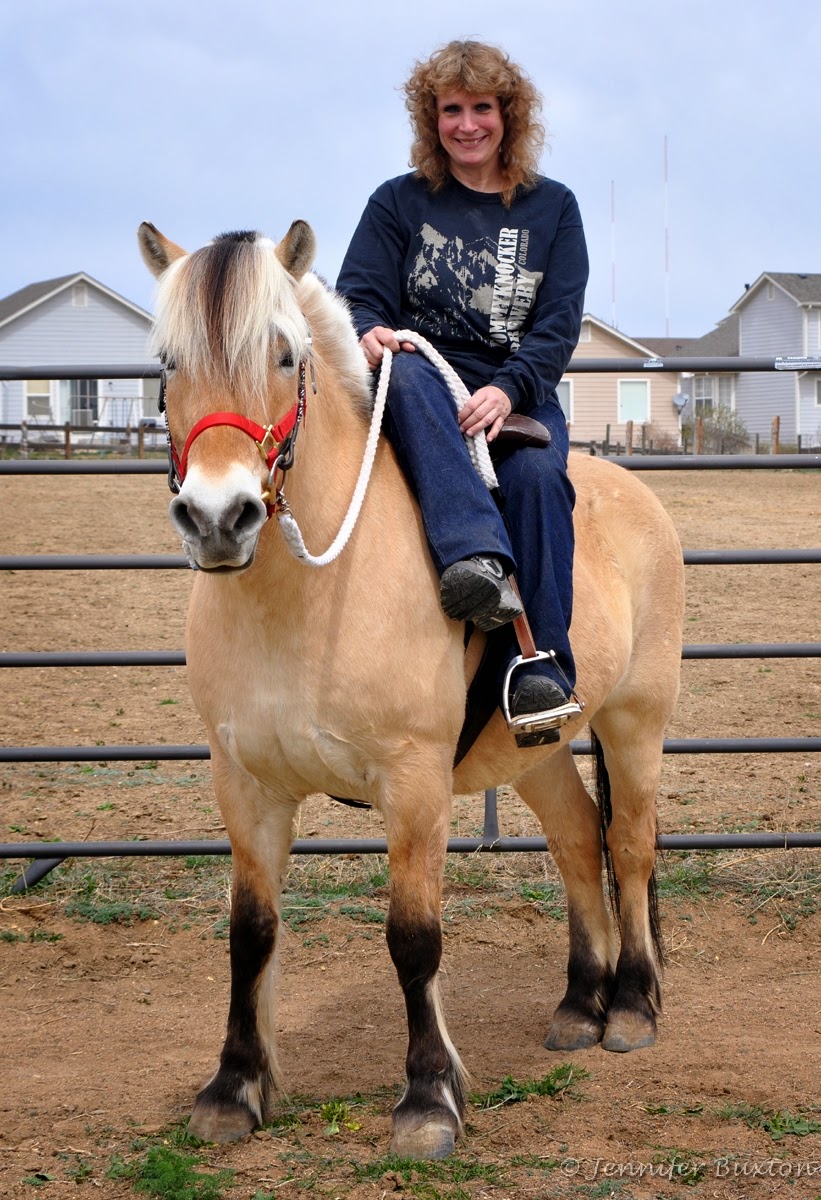 and Fabian led her around the round pen. 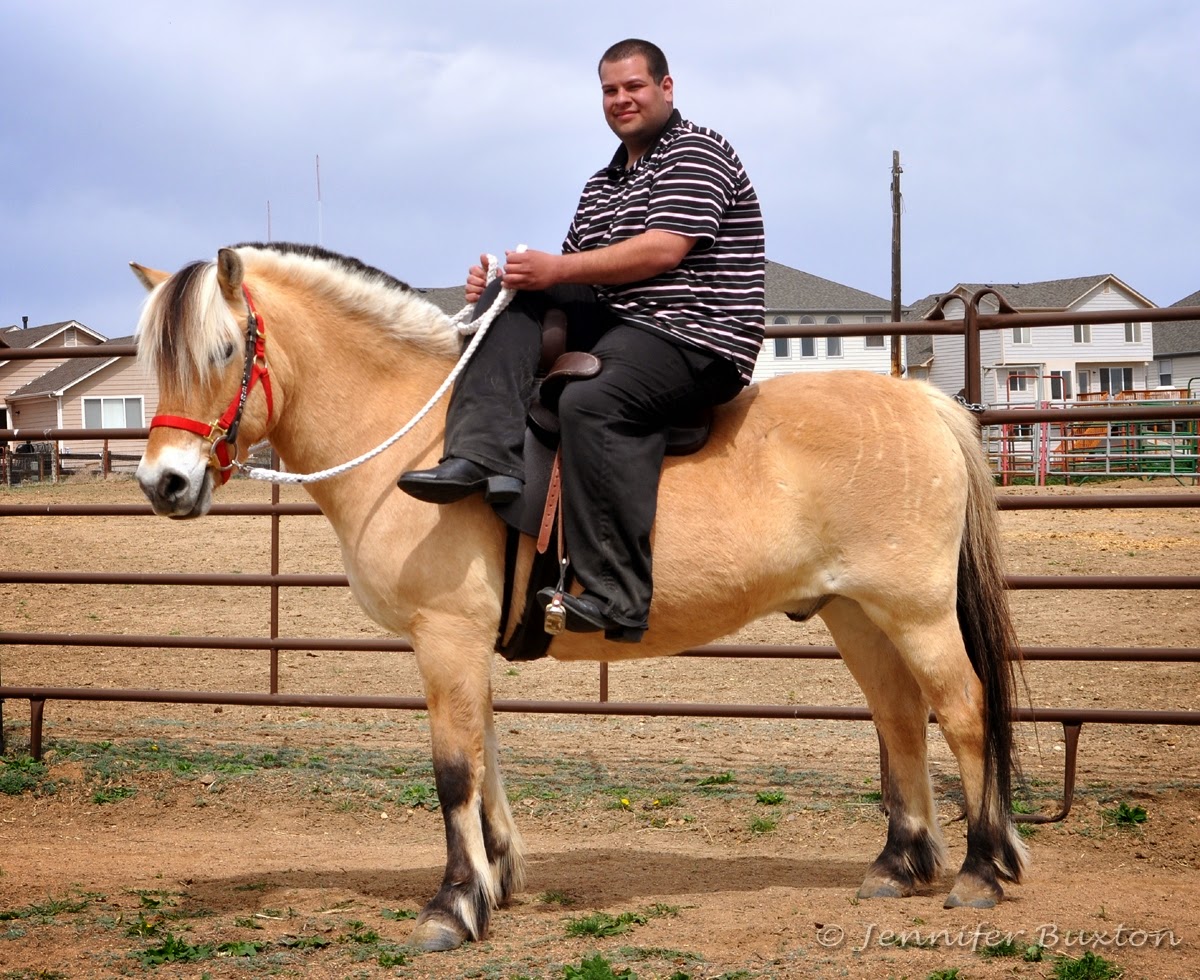 More trips around the round pen. 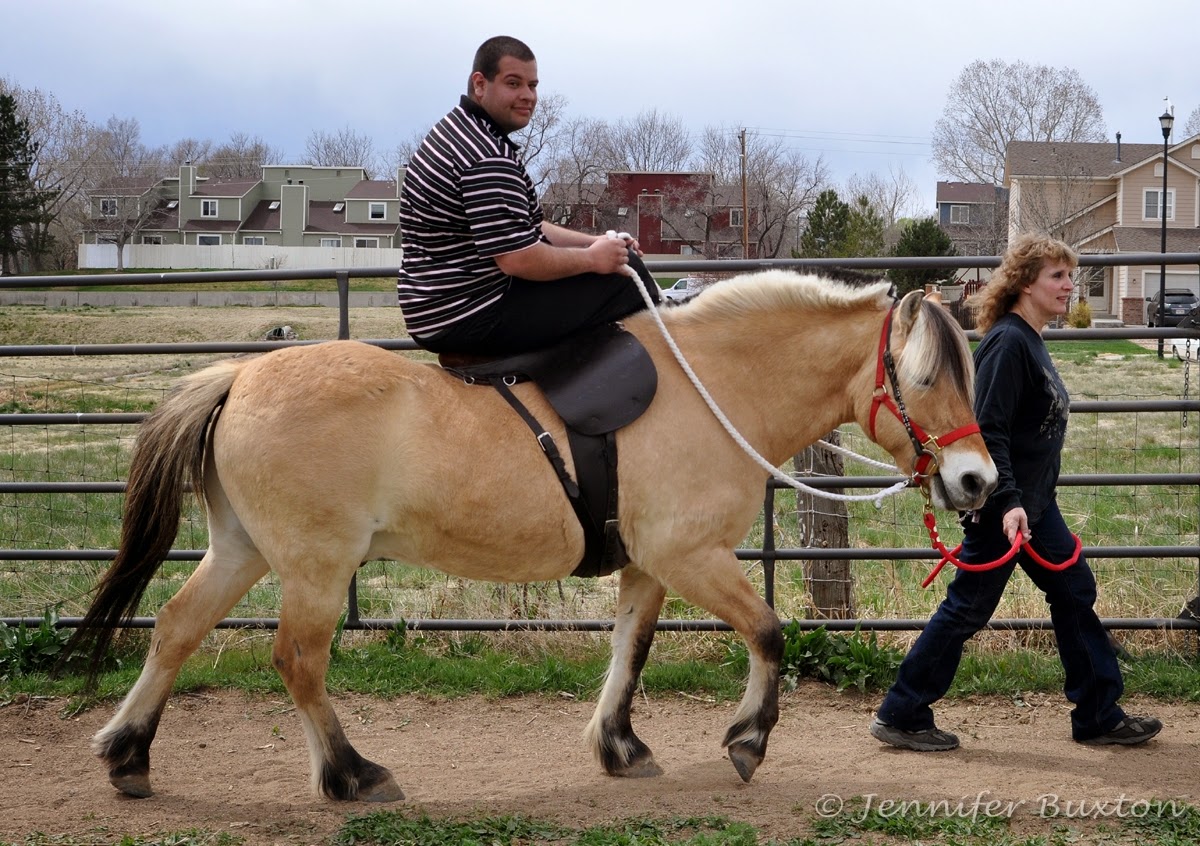 When it was my turn, I asked to forgo the leadline, and Fabian kindly indulged me. 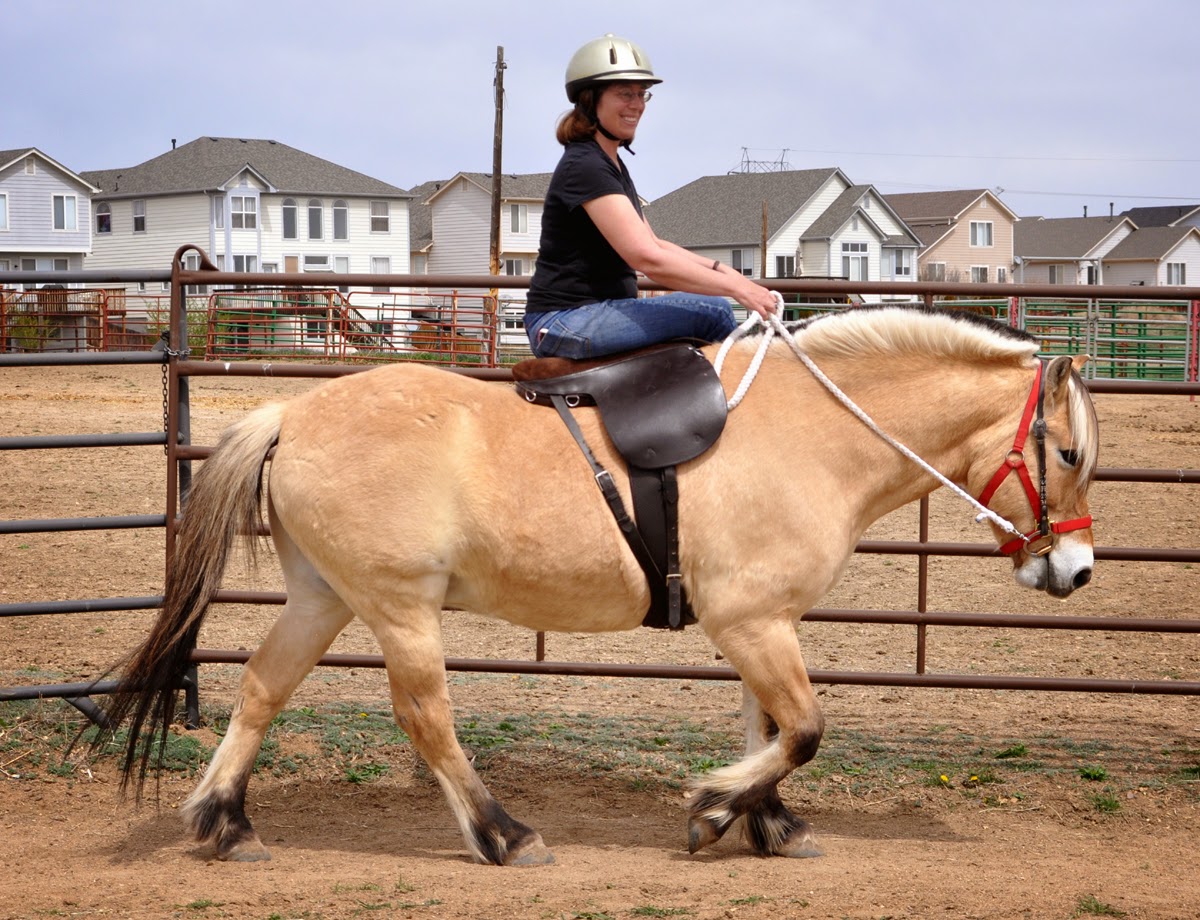 Cisco and I practiced stopping, starting... 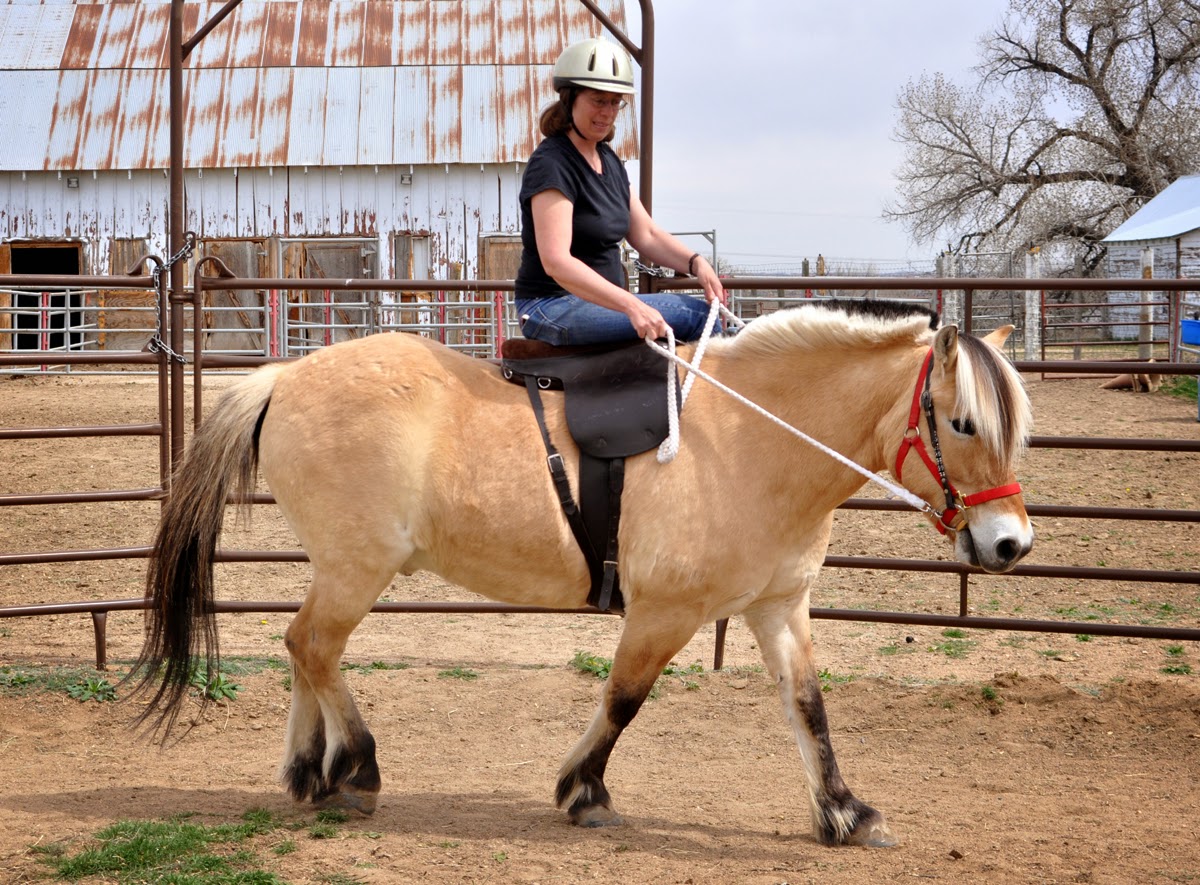 Since he was going so well... 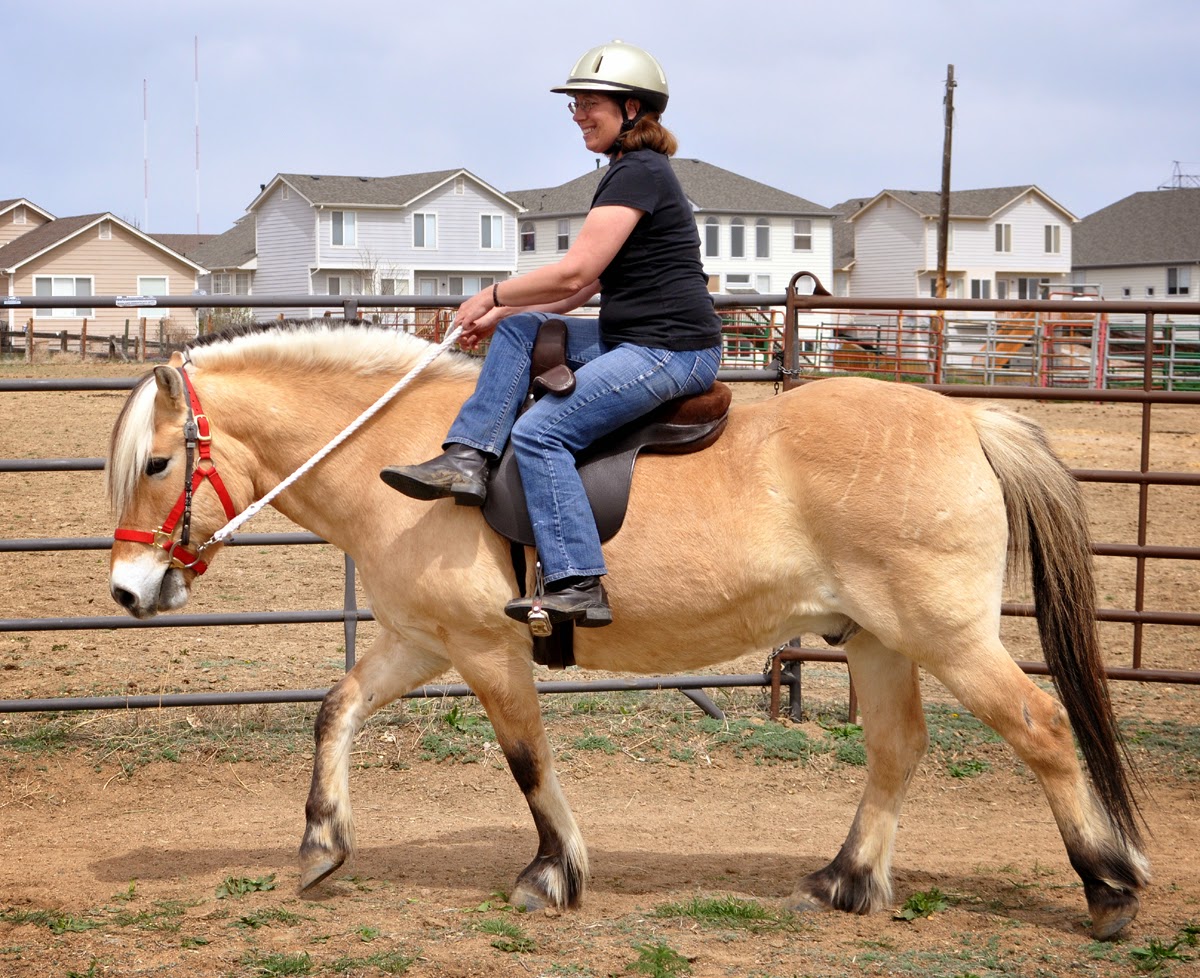 I asked for a little trot. 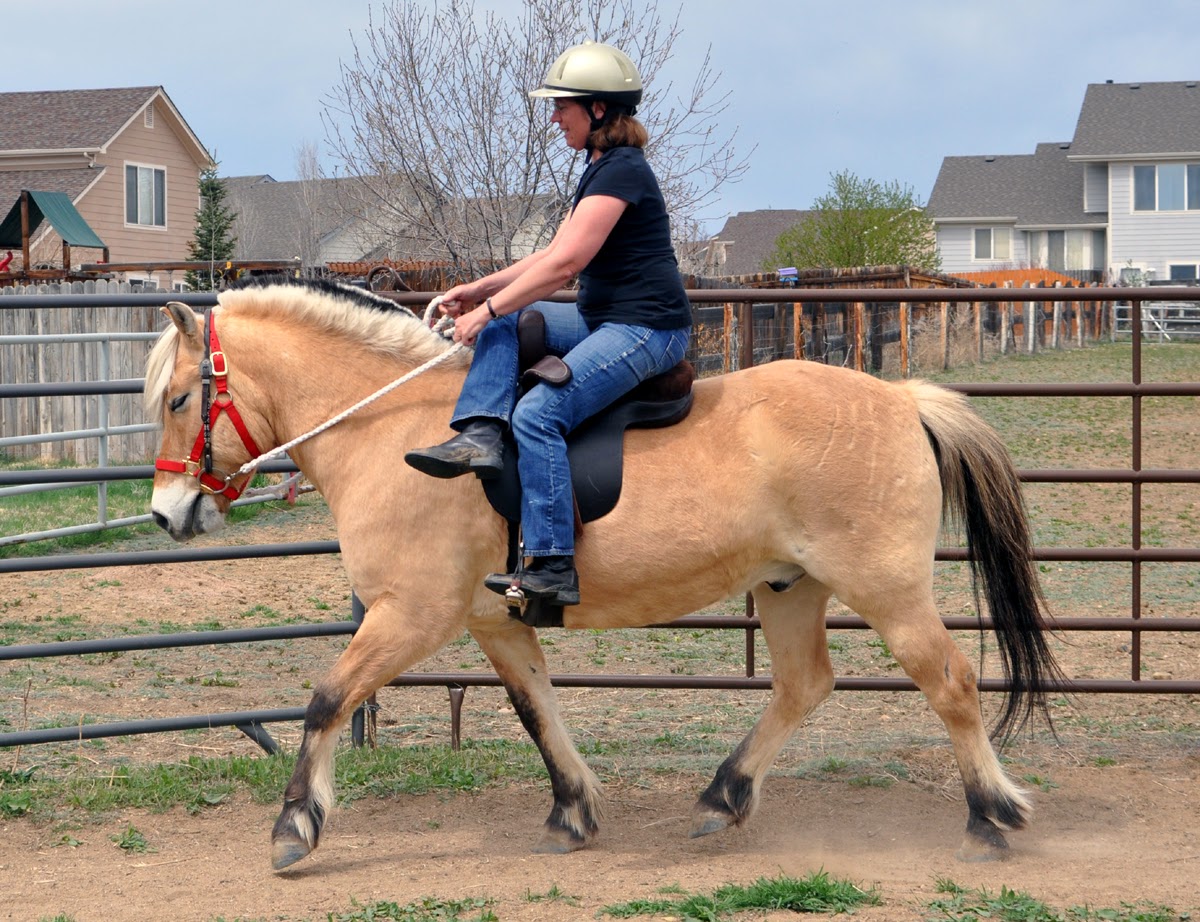 Eeeeeee!  It's so much harder than it looks... 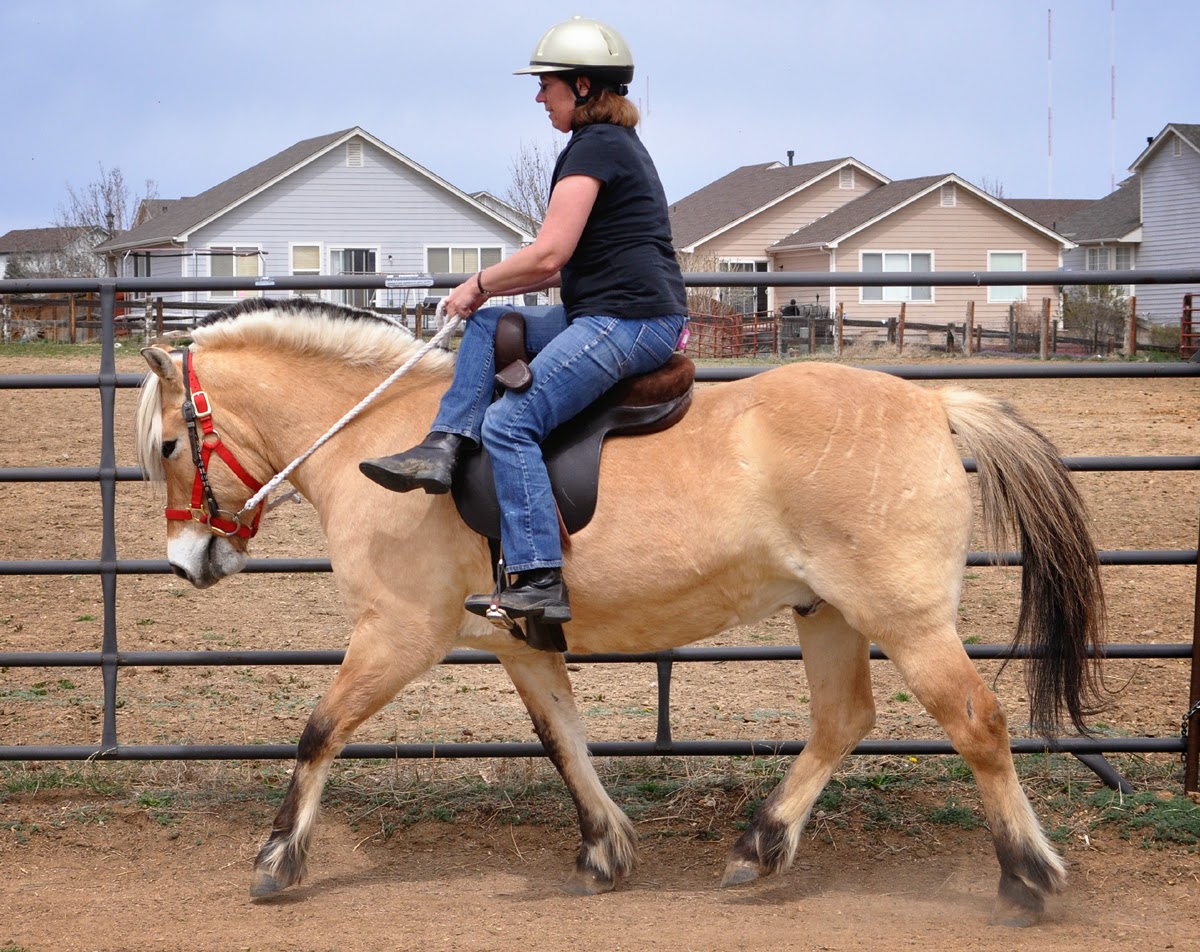 but it's also so much fun! 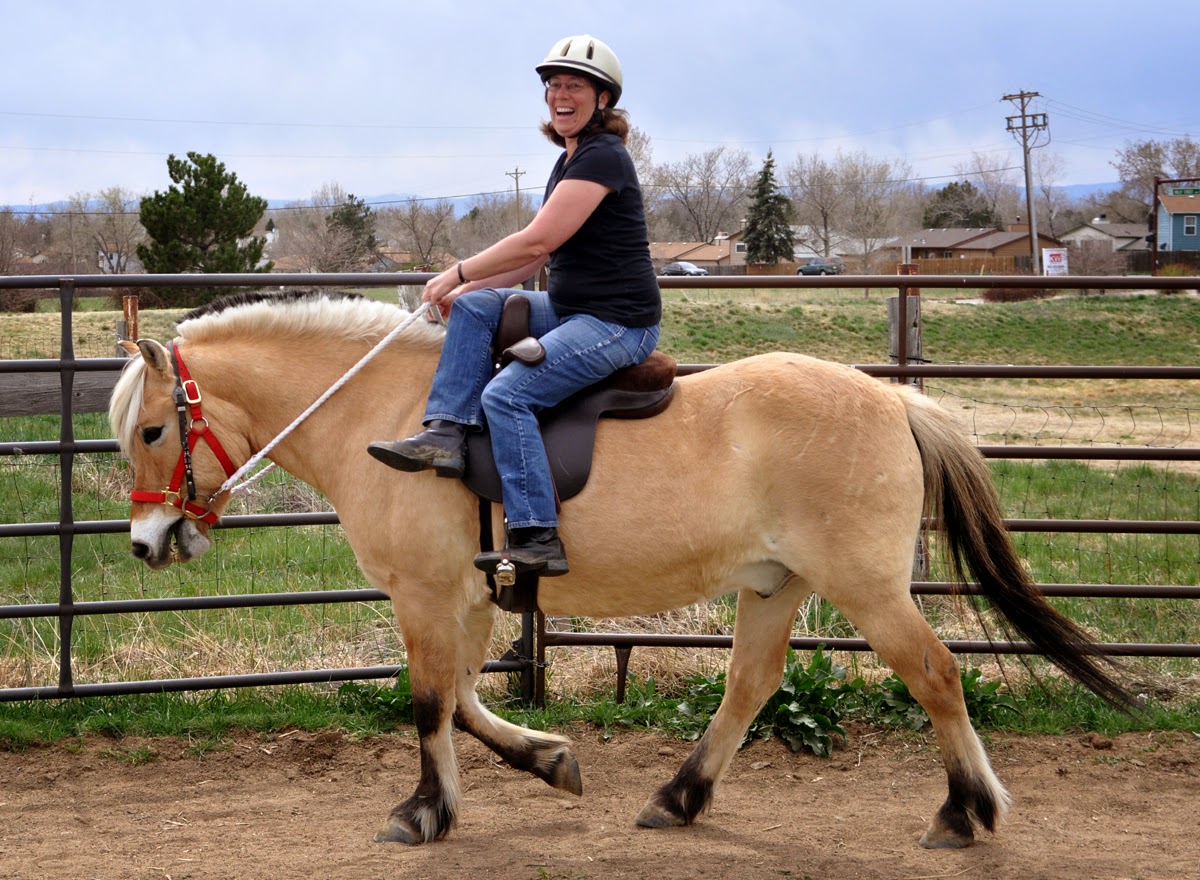 After I was done making a fool out of myself riding, Collyn and her boyfriend, Jacob, arrived. 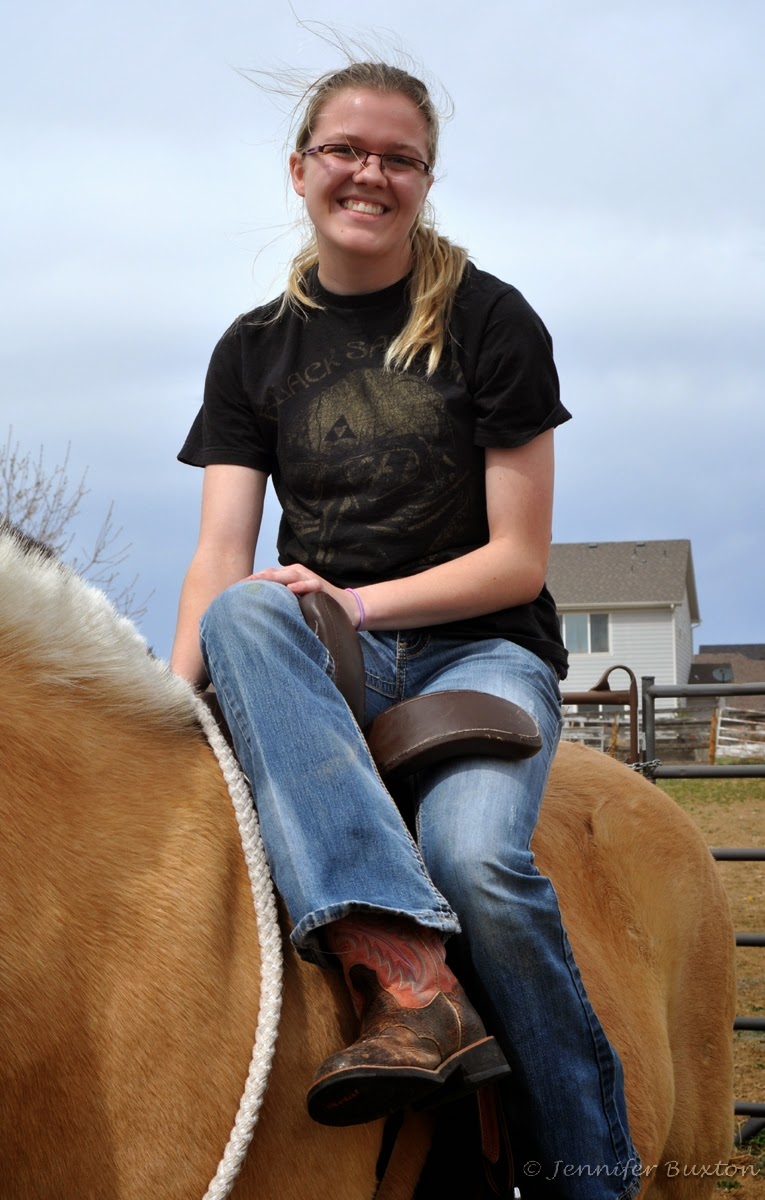 They each took a turn... 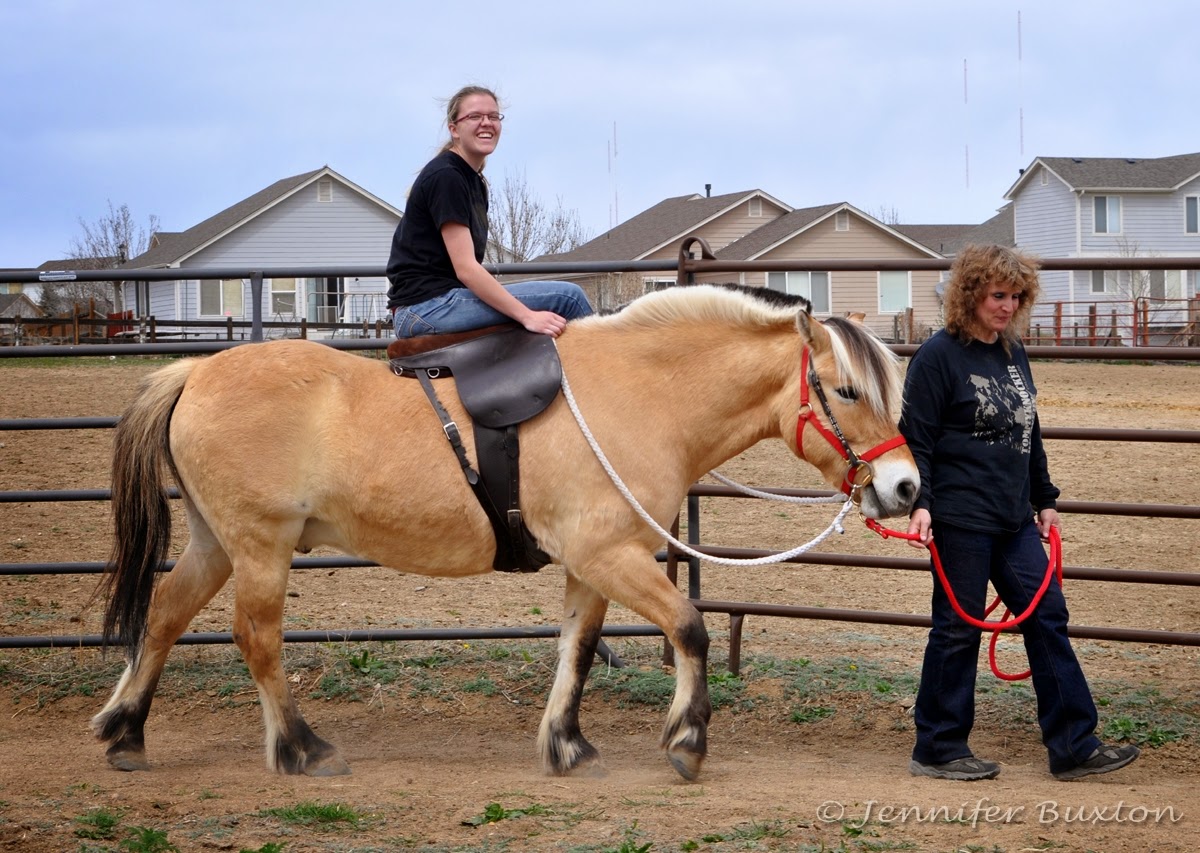 riding Cisco around the round pen. 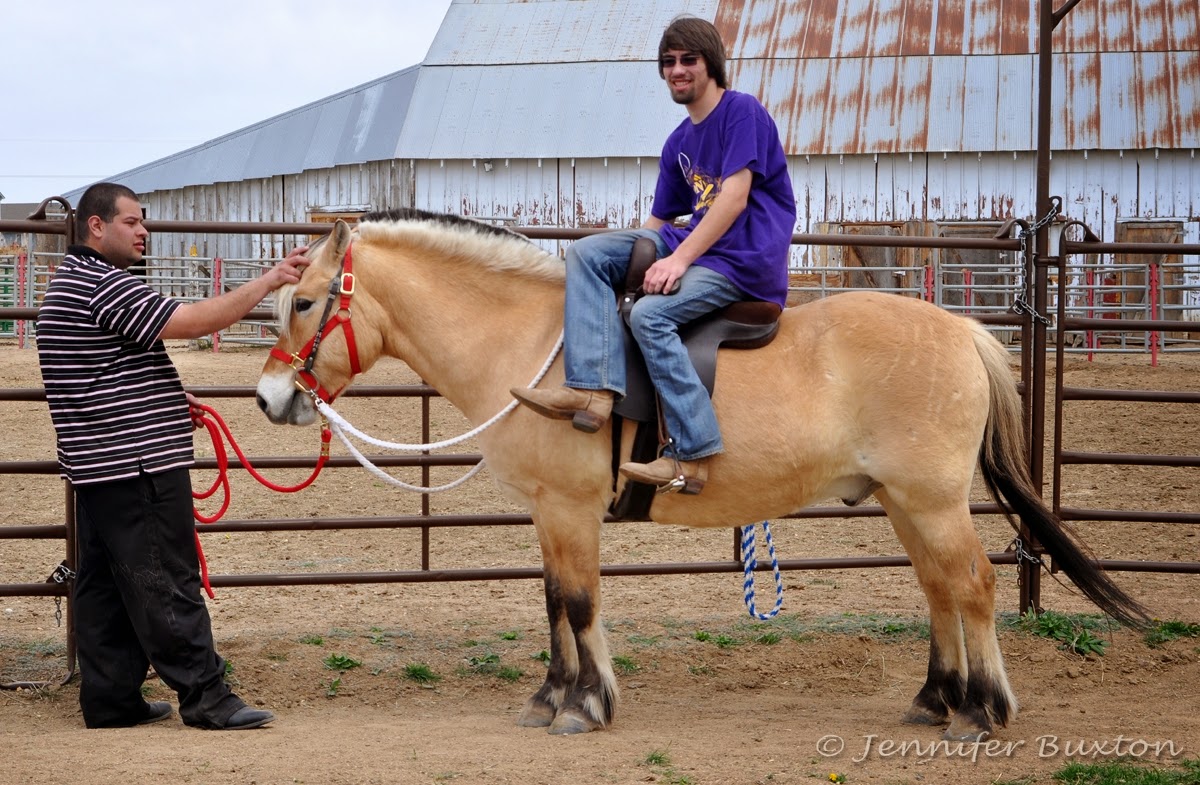 Then Teresa climbed back into the saddle and did a little trotting. 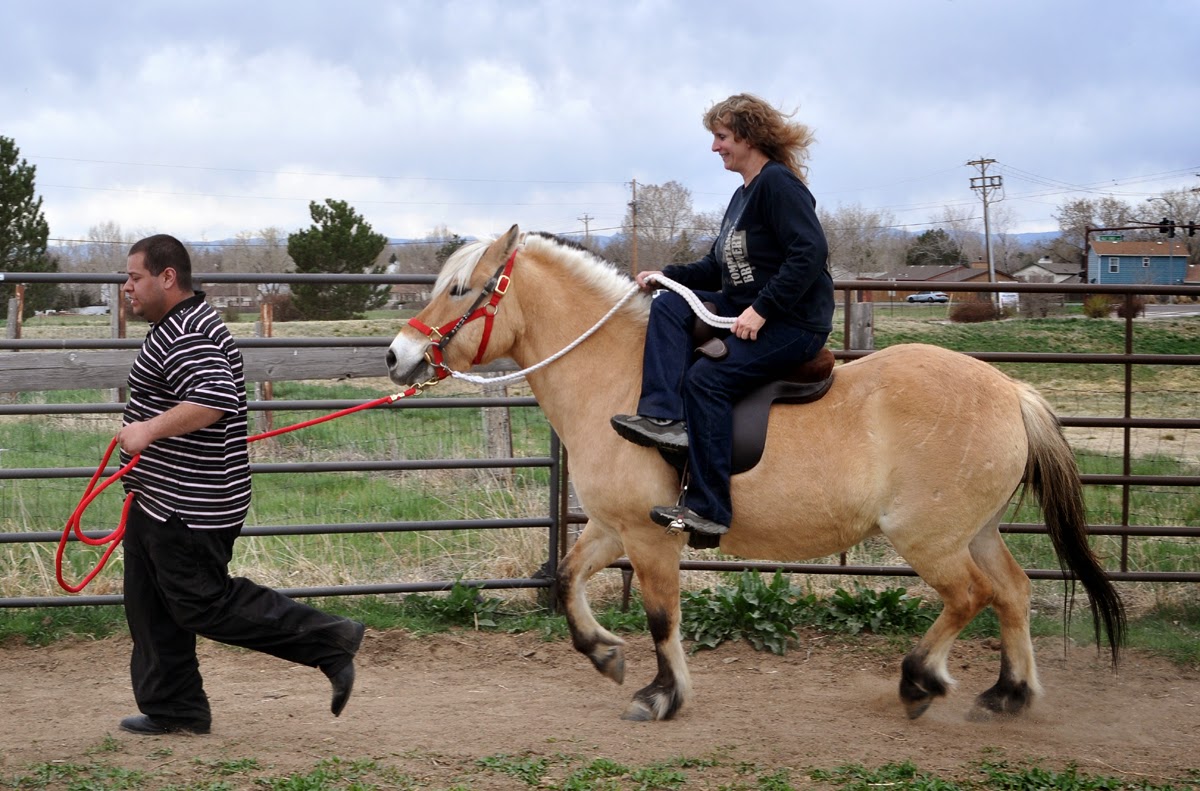 I think she did a much better job of staying in the middle than me.

This was such a fun way to end the week. 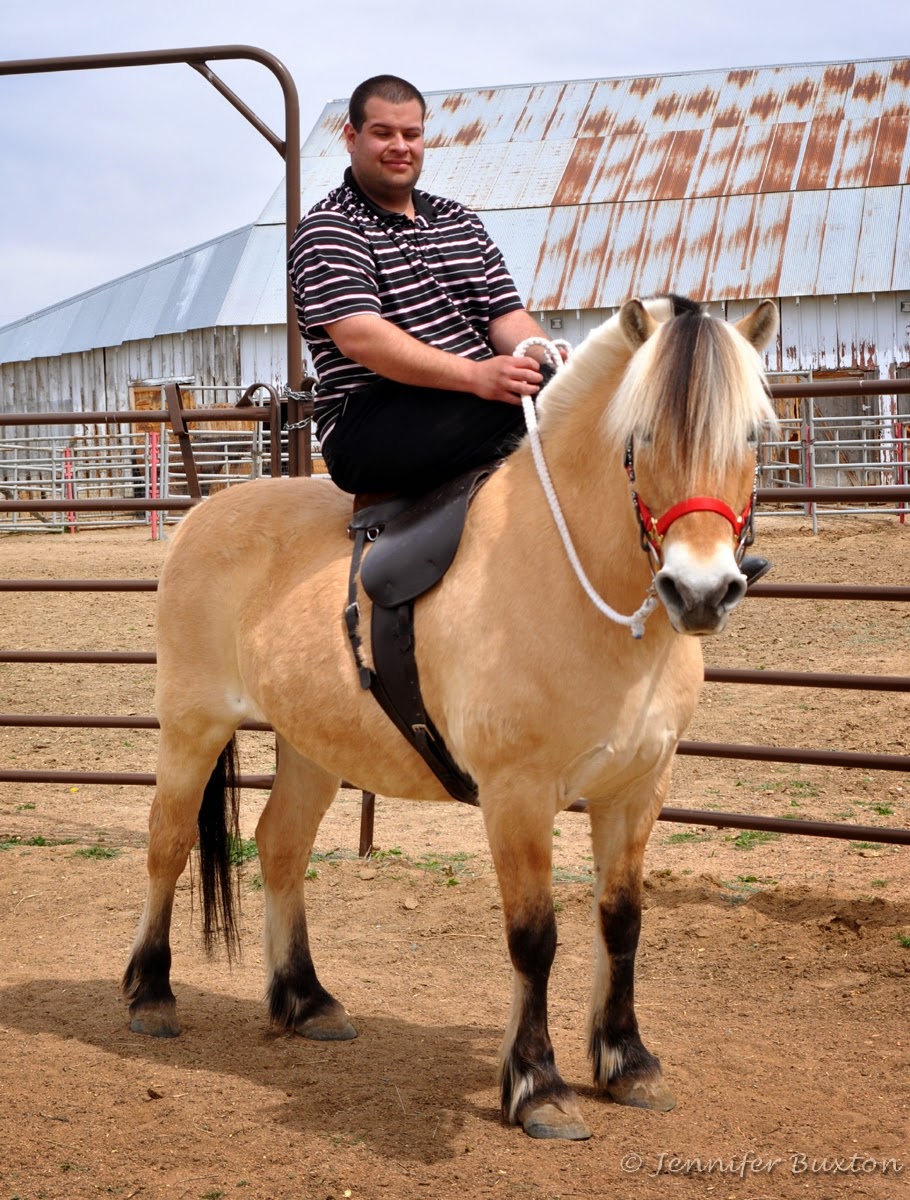 Thanks so much to Fabian for being such a gracious host and allowing all of us to enjoy his Fabulous Fjord, Cisco!
Posted by Braymere at 9:37 AM