Four years ago, I was part of an elite group of artists hired by Breyer to create six dioramas which were displayed at the World Equestrian Games in Lexington, Kentucky.  The dioramas depicted each of the FEI disciplines with remarkable accuracy and amazing attention to detail.  To date, I consider my participation in this project as one the highlights of my hobby career.

After the Games, the dioramas were moved to their permanent home at Breyer Headquarters in New Jersey, where they were on display there during Breyer's recent Big Easy Bash collector event.  One of the event participants, Lynnard from Iowa, took lots of photos of them, which she has graciously allowed me to share here.

First up is "my" dressage diorama. 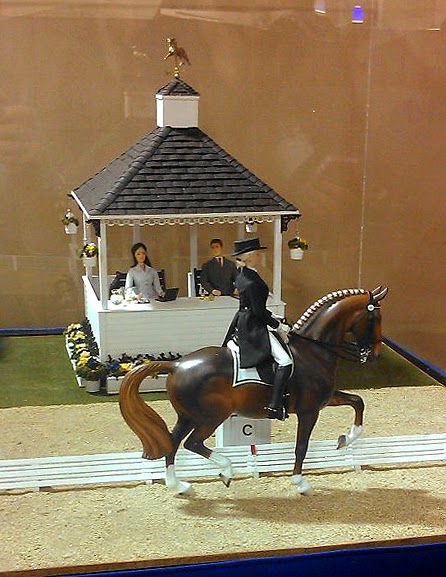 Of course, there's a lot more to this display that just the tack.  Ann Harris customized and painted the horse, Sheri Wirtz dressed the dolls, and the build team of Terri Heath, Martina Vanilli, Linda Shepherd, Robin Briscoe and Kelly Martin created the arena fence and judge's stand. 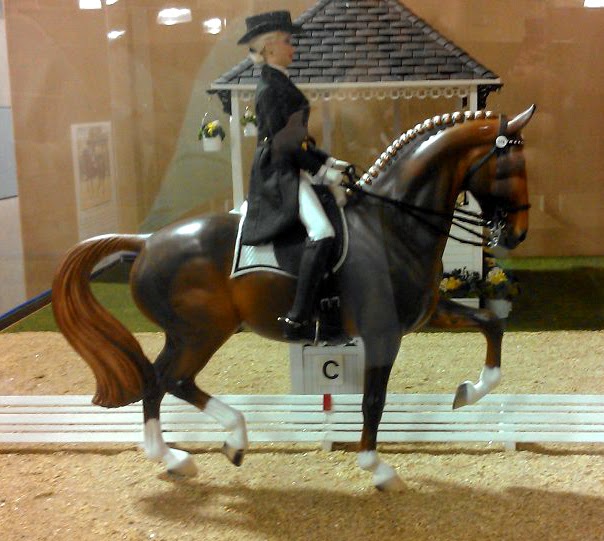 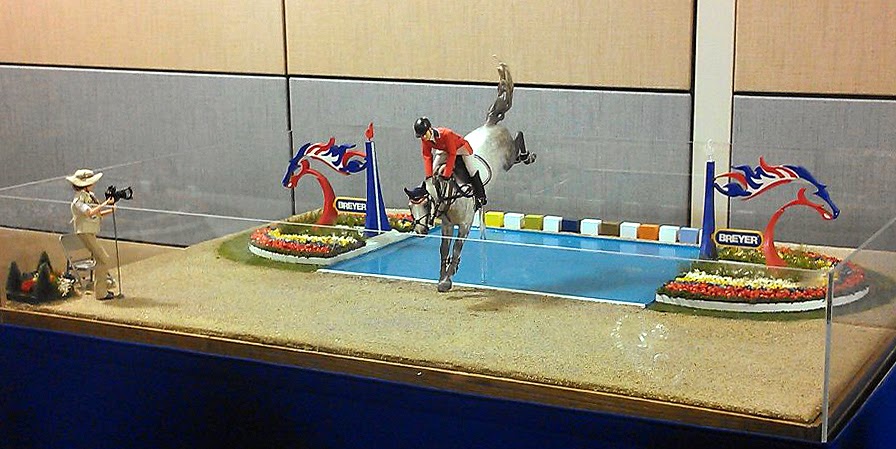 and includes an amazing water jump built by Kevin McFarland and Denis Sevigny. 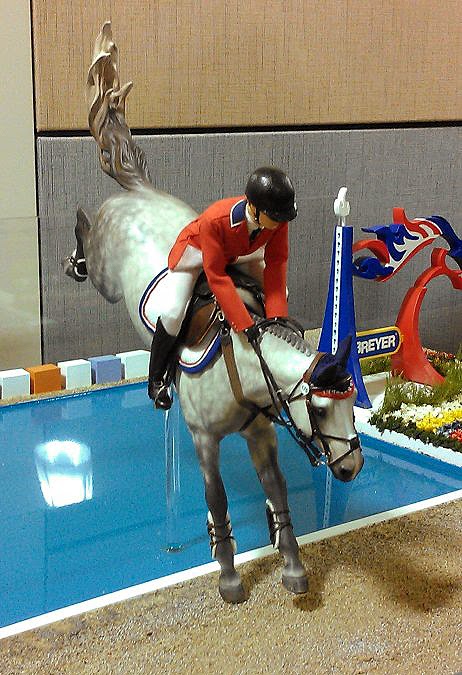 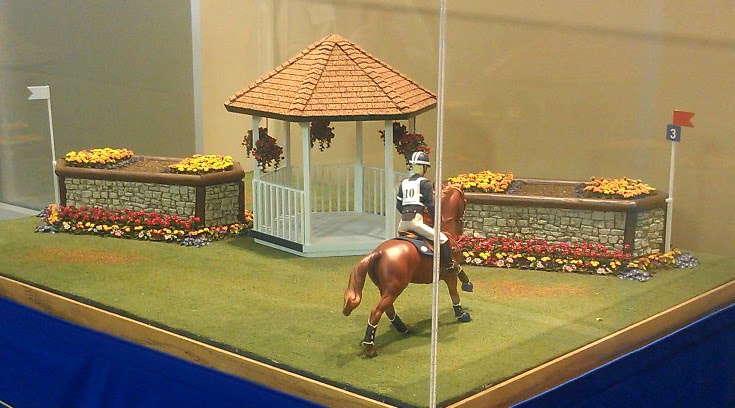 The horse is a one of a kind Breyer, painted to look like eventing great, Theodore O'Connor.  The amazing jump was built by Kim and Kathi Haymond, the doll was dressed by Joan Yount and Pat Coulter made the tack. 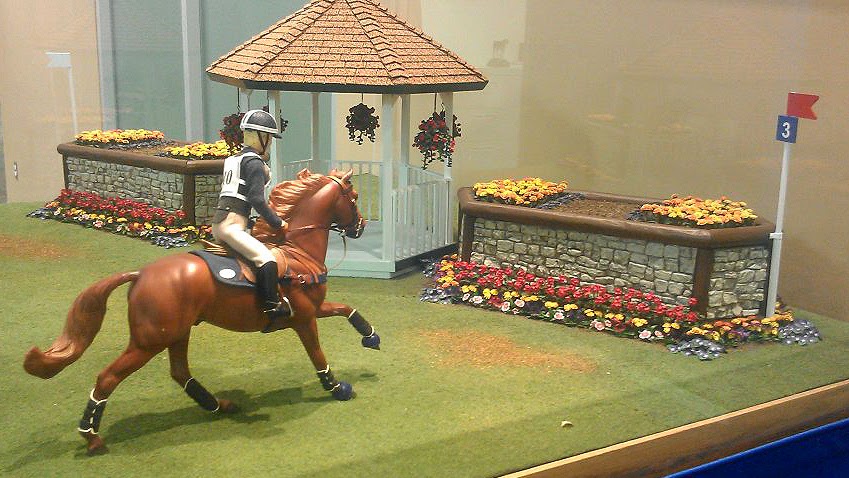 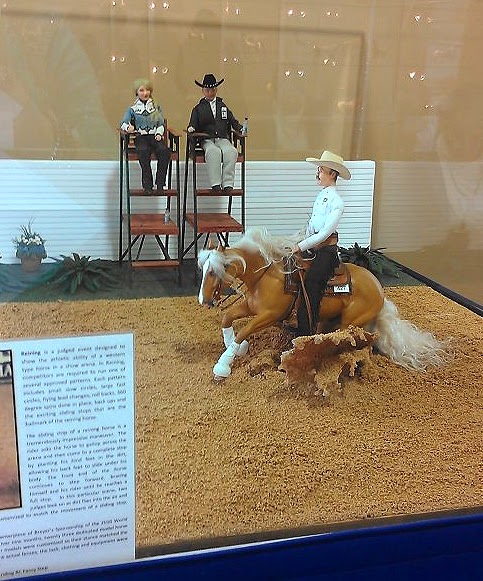 The horse is a customized Alborozo (!) by Lori Daniels.  Kirsteen Haley made the tack, Darla Curtis dressed the dolls, and the build team of Terri Heath, Martina Vanilli, Linda Shepherd, Robin Briscoe and Kelly Martin created the arena set-up with that amazing  dirt swoosh. 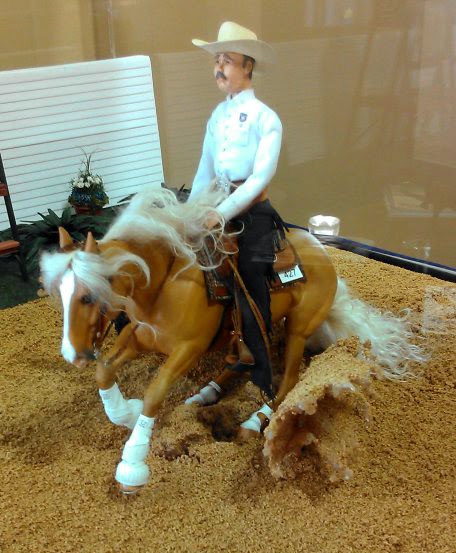 Last but certainly not least, is the combined driving diorama. 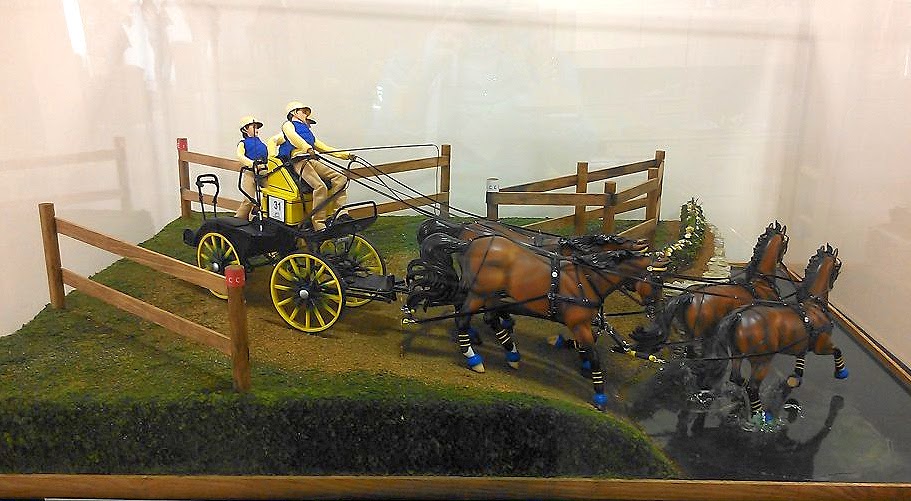 This set-up includes four one of a kind Breyers, three dolls by Anne Field, a marathon cart by Bill Duncan, harnesses by Robin Briscoe and Kelly Martin and another great diorama by the build team. 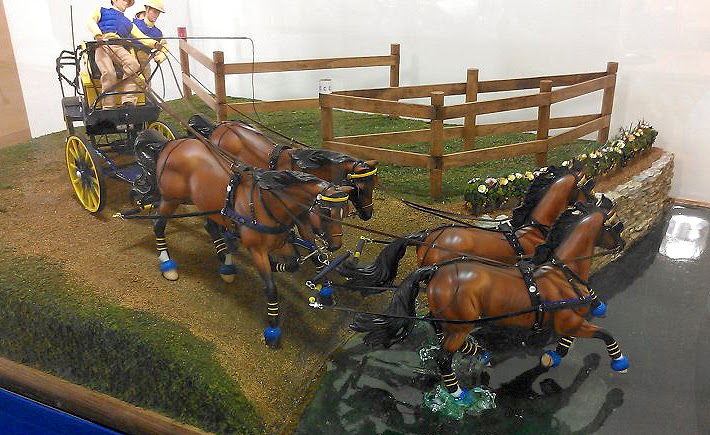 I love this angle. 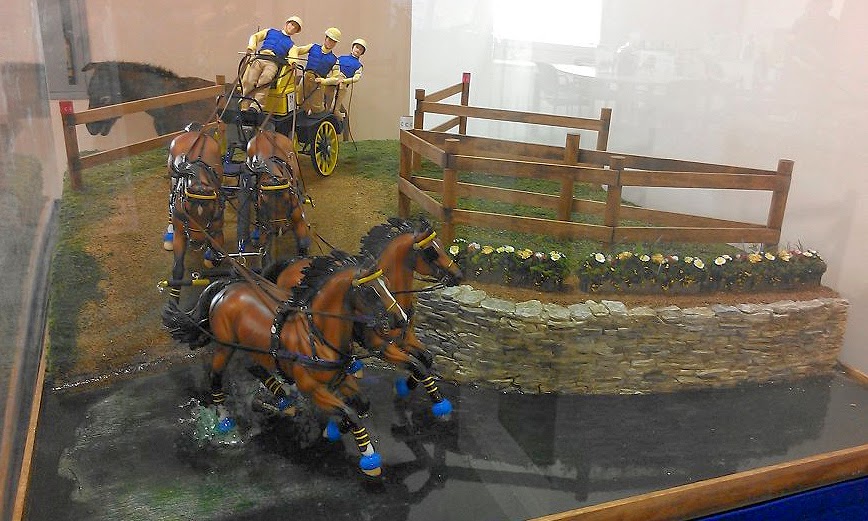 Look at that lean! 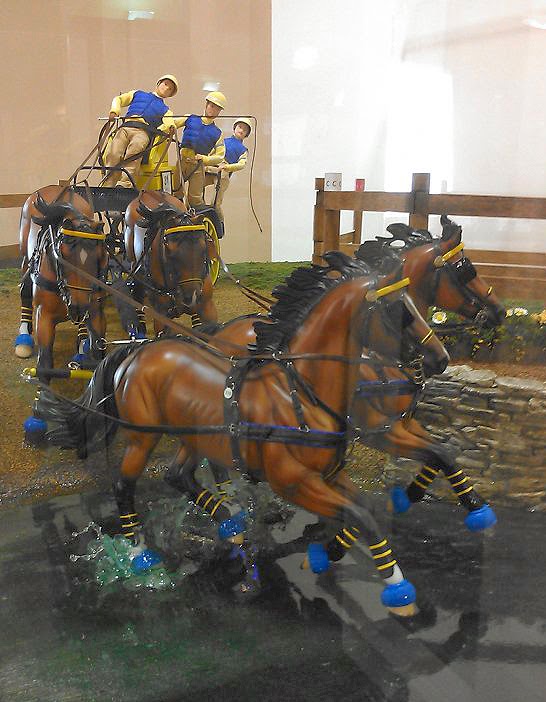 It's so nice to see these dioramas again.  They look just as good today as they did in 2010.  I feel so fortunate to have been a part of this project.  Thank you so much to Lynnard for sharing these photos.  They really made my day!