Up until this point, my participation in Erin's Mardi Gras Madness live show entries was mostly advisory.  I had a significantly greater role, however, in the fourth and final performance class.  Here's the description:

4. Le courir de mardi gras- a parade, costume or scene class. This class can utilize parade tack, or Mardi Gras specific costumes and tack representing any of the cultures that participate in Mardi Gras worldwide. Documentation is required for this class. English or Western tack, no harness. Maximum size limit is 15” deep x 30” long including footing. 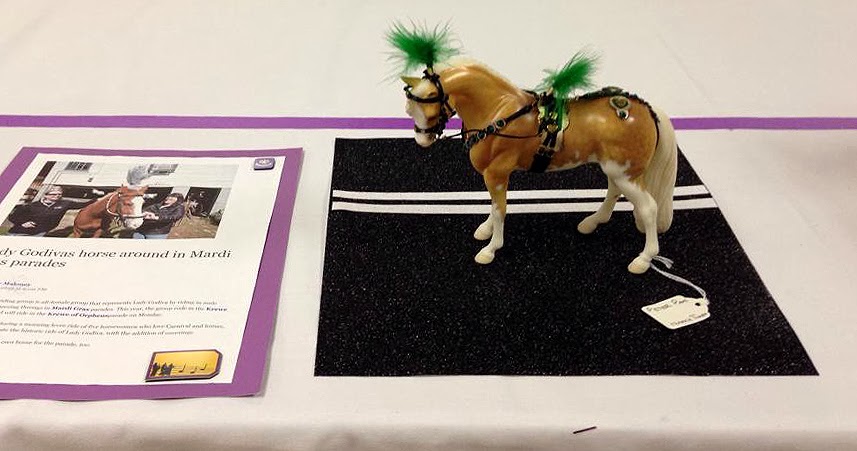 I love the skeletons! 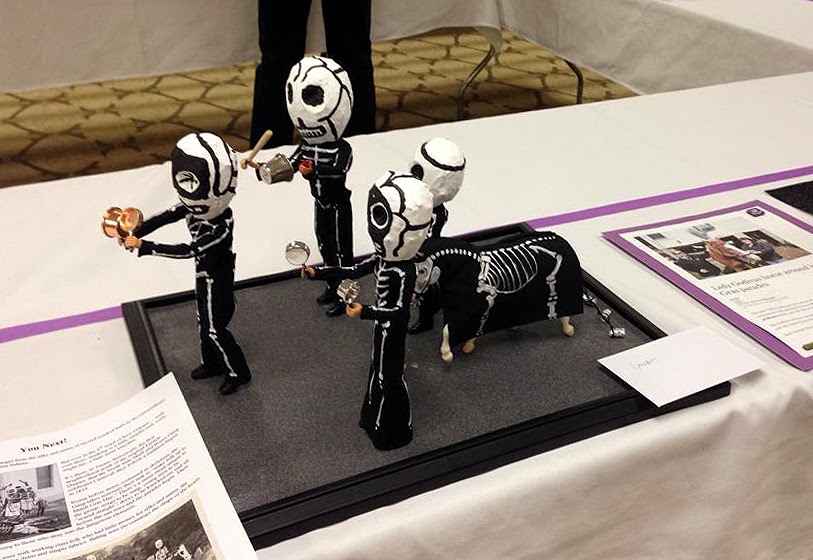 Remember Niki Hertzog's float from the harness class?  It encountered some zombies... 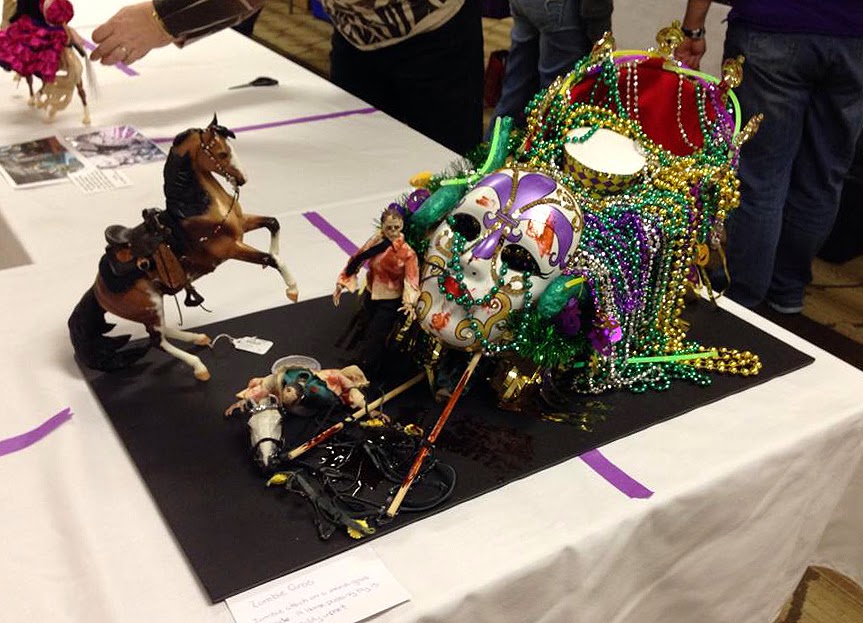 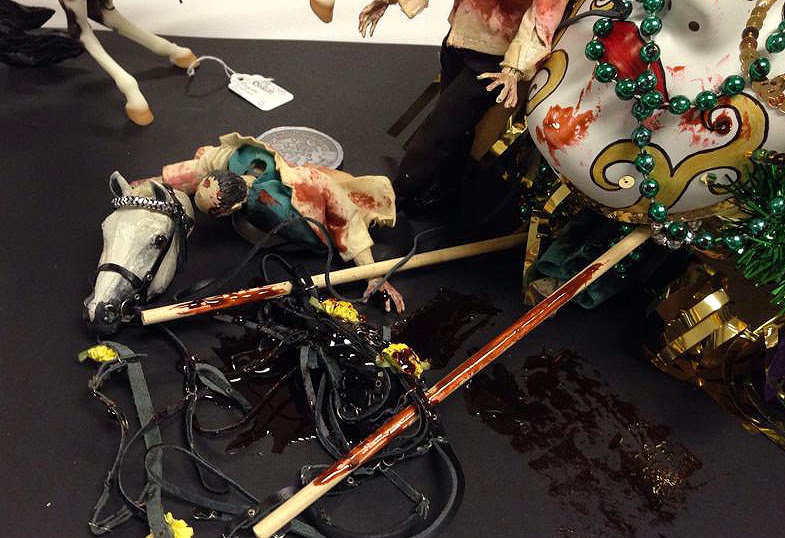 The gold FAS also made a repeat appearance (with peacocks!). 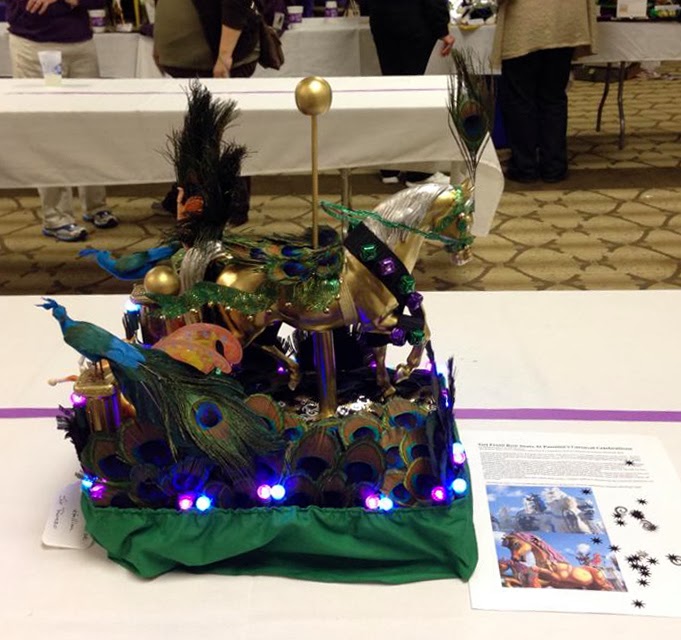 There was a lot of grumbling about the Big Easy Bash's unique class list when it was first announced, 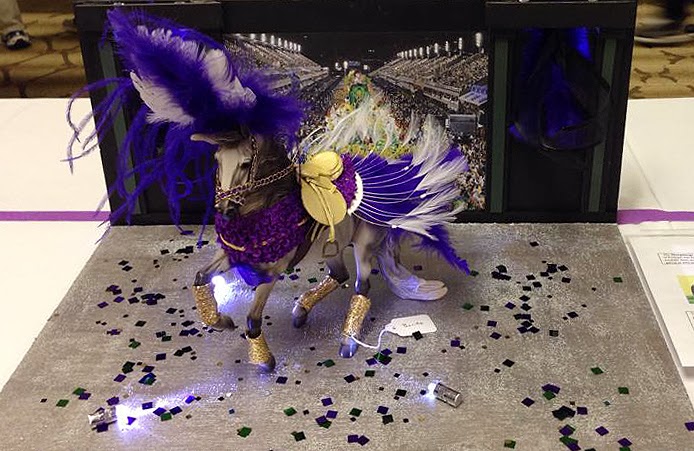 but the hobbyists that chose to participat really did an amazing job! 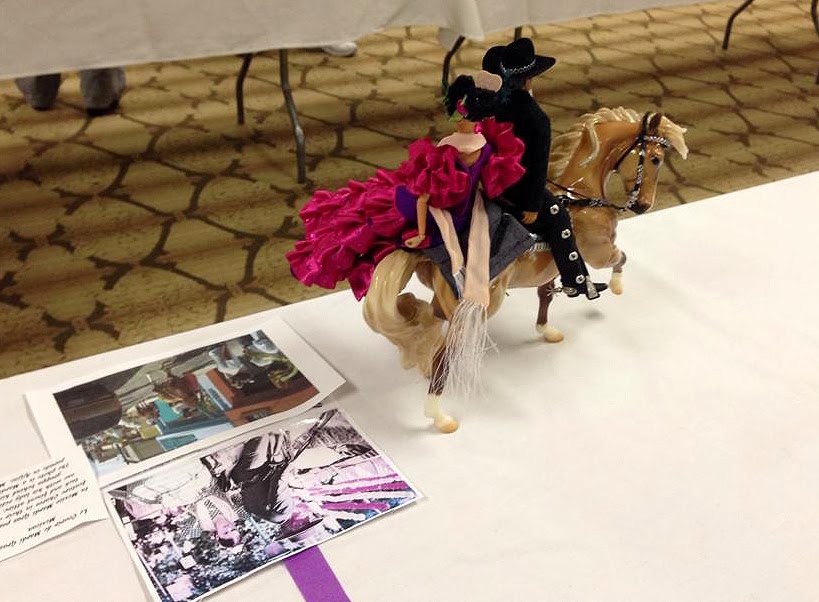 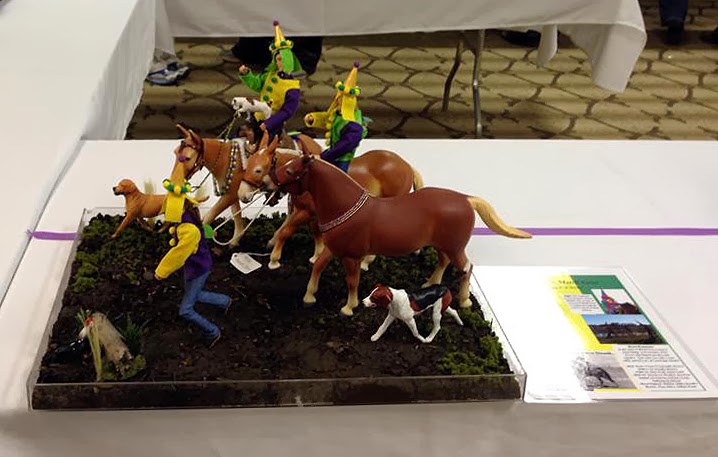 She writes:  As soon as we got the show packet, I knew I wanted to do the "chasing a chicken through the mud" portion of the Mardi Gras Beggars Parade. Basically, troupes of disguised 'beggars' go from house to house asking for food, and all donations are put into a big pot of gumbo at the end of the parade route. A chicken is the most prized ingredient, but when a chicken or rooster is given from a house, it's usually tossed loose into a muddy field and the riders have to catch it. That's what my entry depicts - three riders on their willing mules, chasing after this rooster. The lead rider is way too drunk to steer, so he's using his doggy friend to help. I made the doll clothes and I hope to never have to make doll clothes again. This is the entry that made use of our Fresh Seacaucus Dirt. 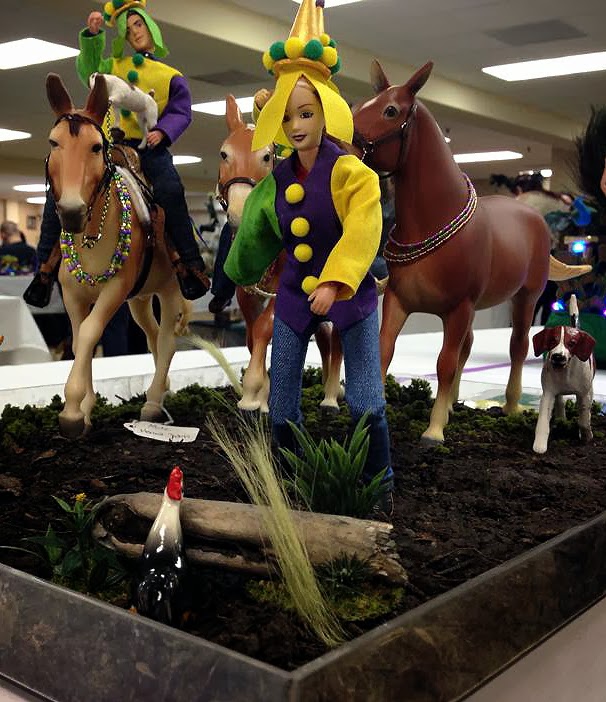 There's a whole lot of Jennifer in this set-up: my mules, my bendy Anne Field doll, my Margaret Teller working saddle.  Also, I made the halters, some of the bead necklaces, and of course, that designated driver dog! 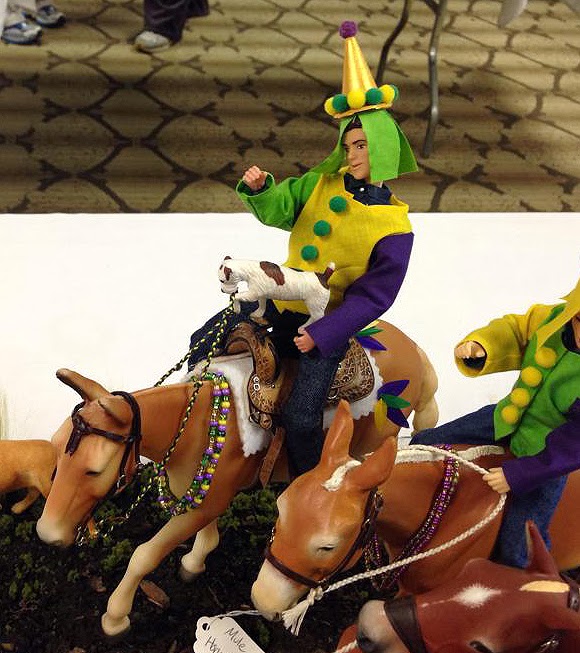 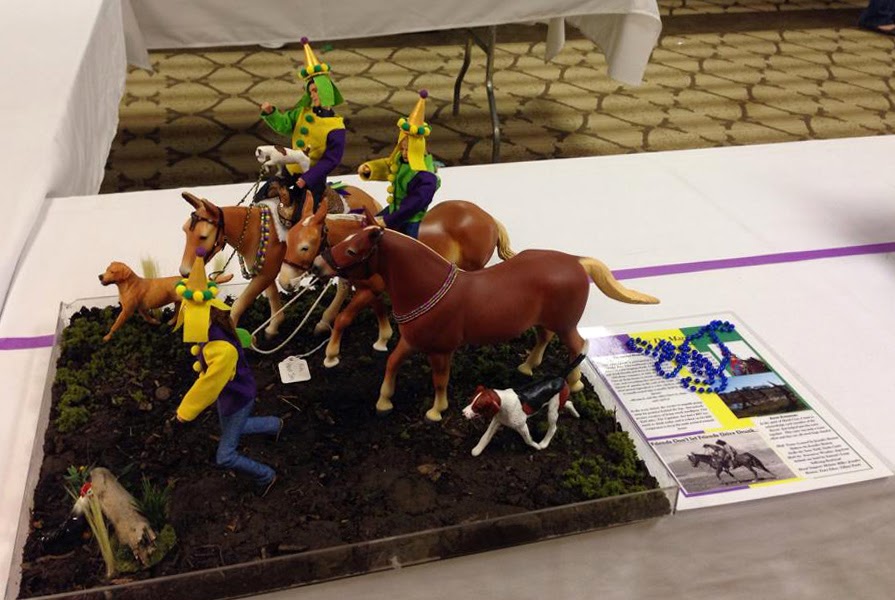 Oh, that was fun!  Thanks for letting me be part of your Krewe, Erin, and thanks also for letting me share all your pictures!
Posted by Braymere at 10:25 AM