It's been an eventful couple days for this little orphan foal. 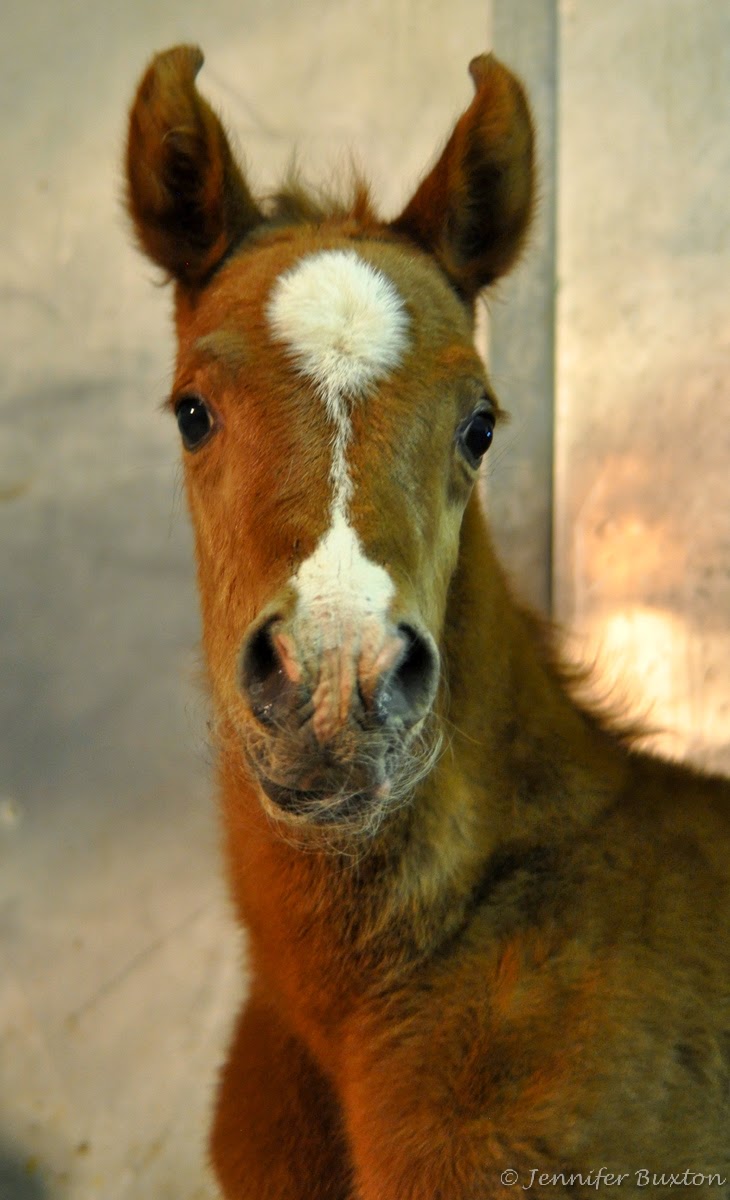 He was started on milk replacer immediately after his mother died.  Rather than bottle feeding him, his owner opted to use a wall mounted igloo cooler that was donated by the Longhopes Donkey Shelter. 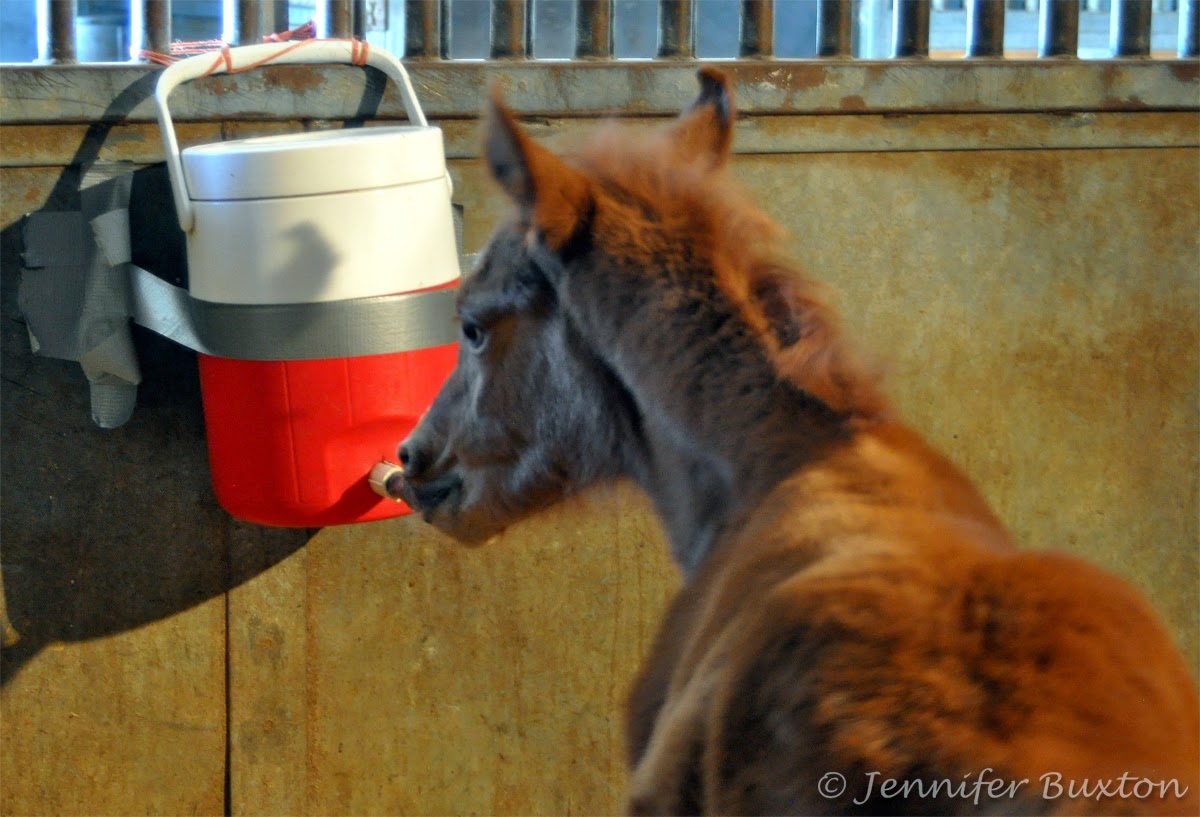 This has worked really well. 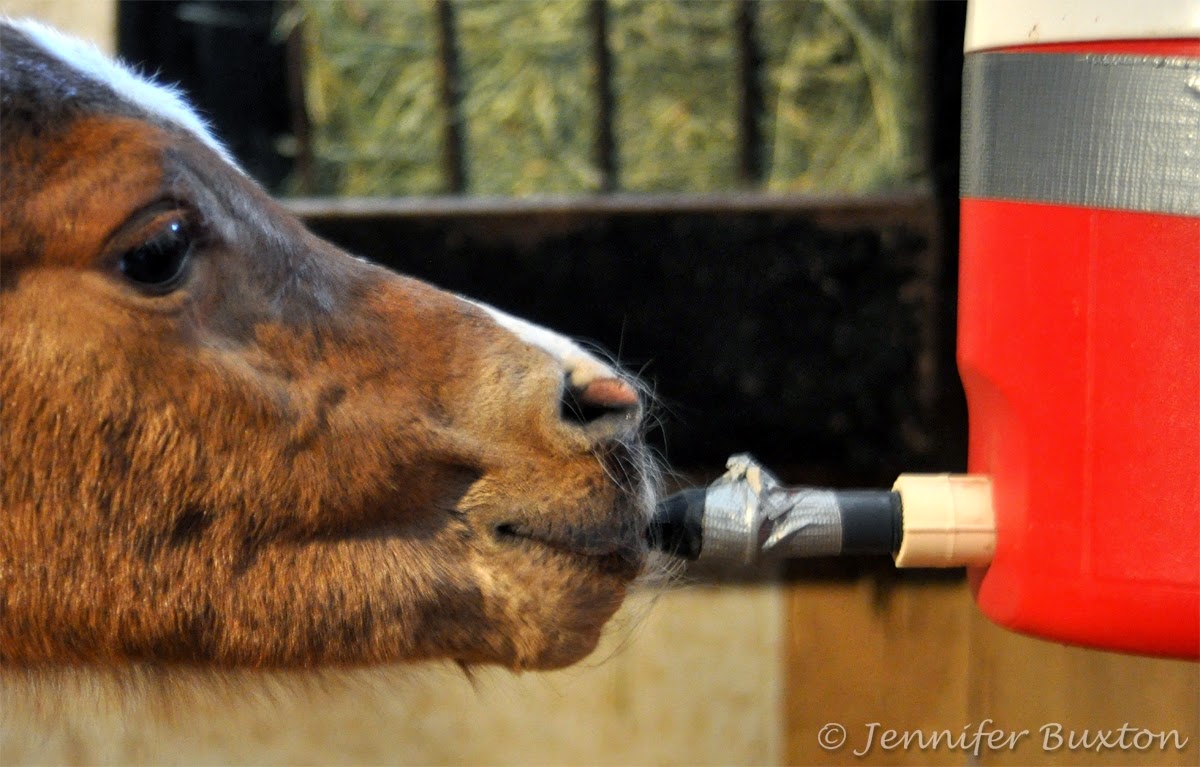 Since he looked so alone in that great big foaling stall, his barn family assembled a group of toys. 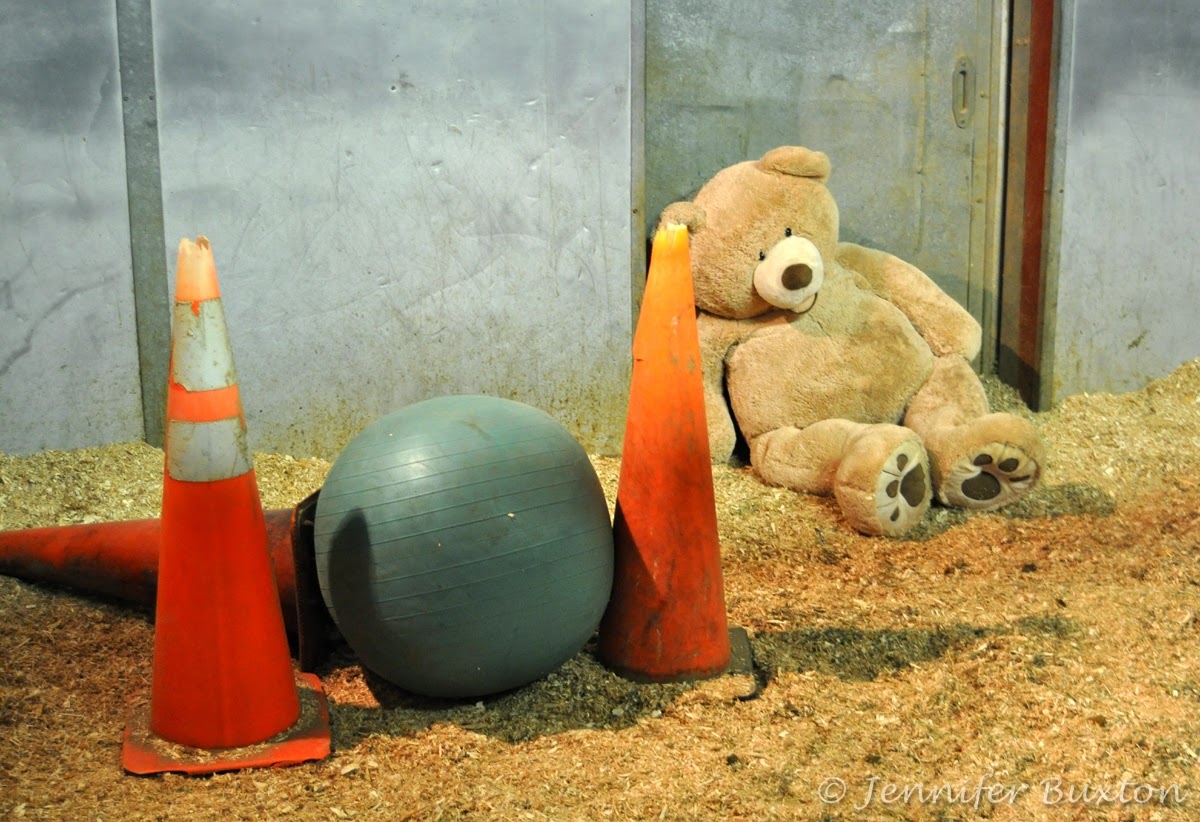 We all wanted him to like the teddy bear... 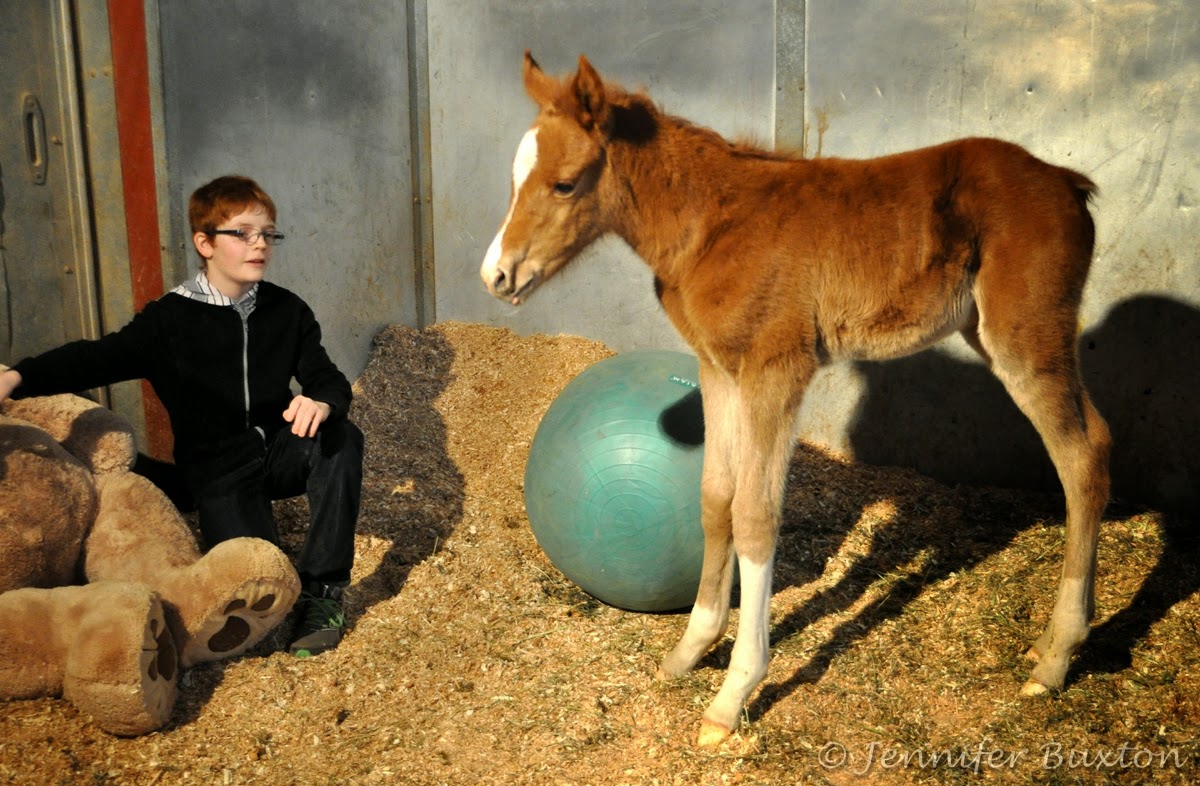 but he's far more interested in the ball and cones. 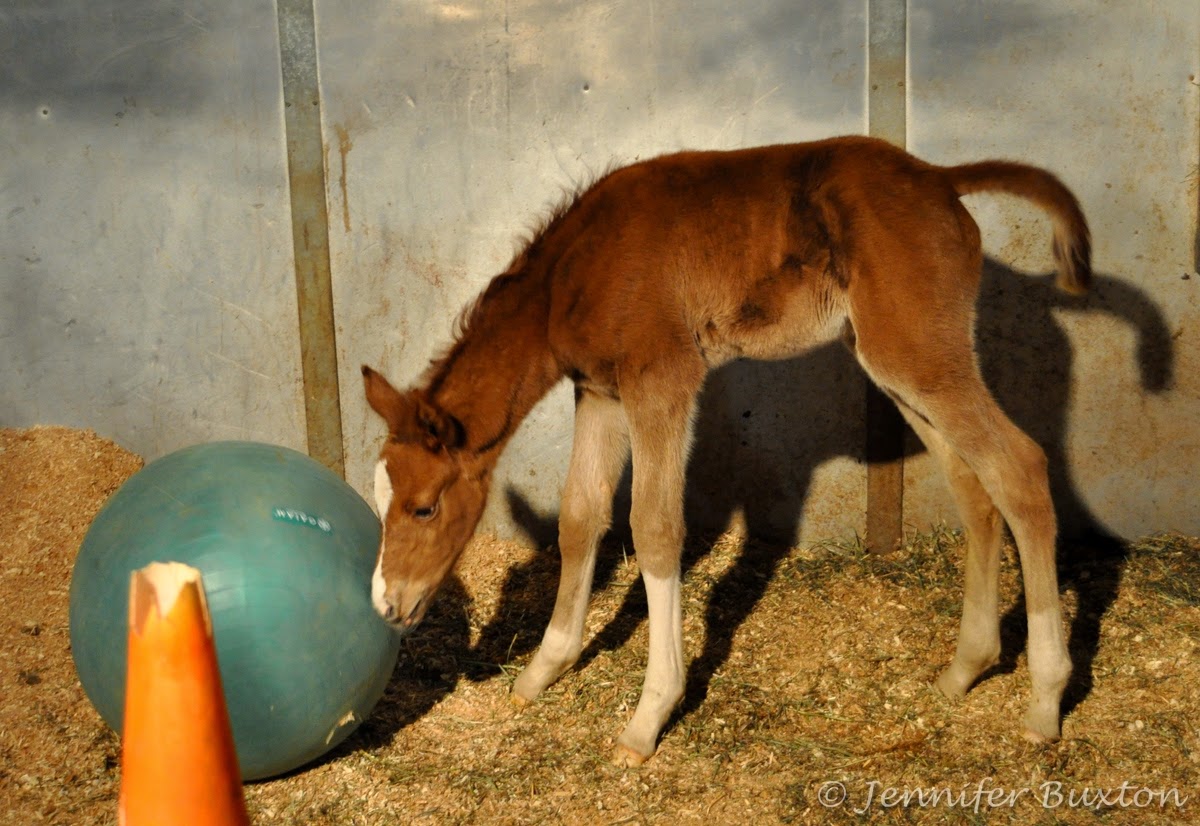 Everyone has been pitching in to help with his care... 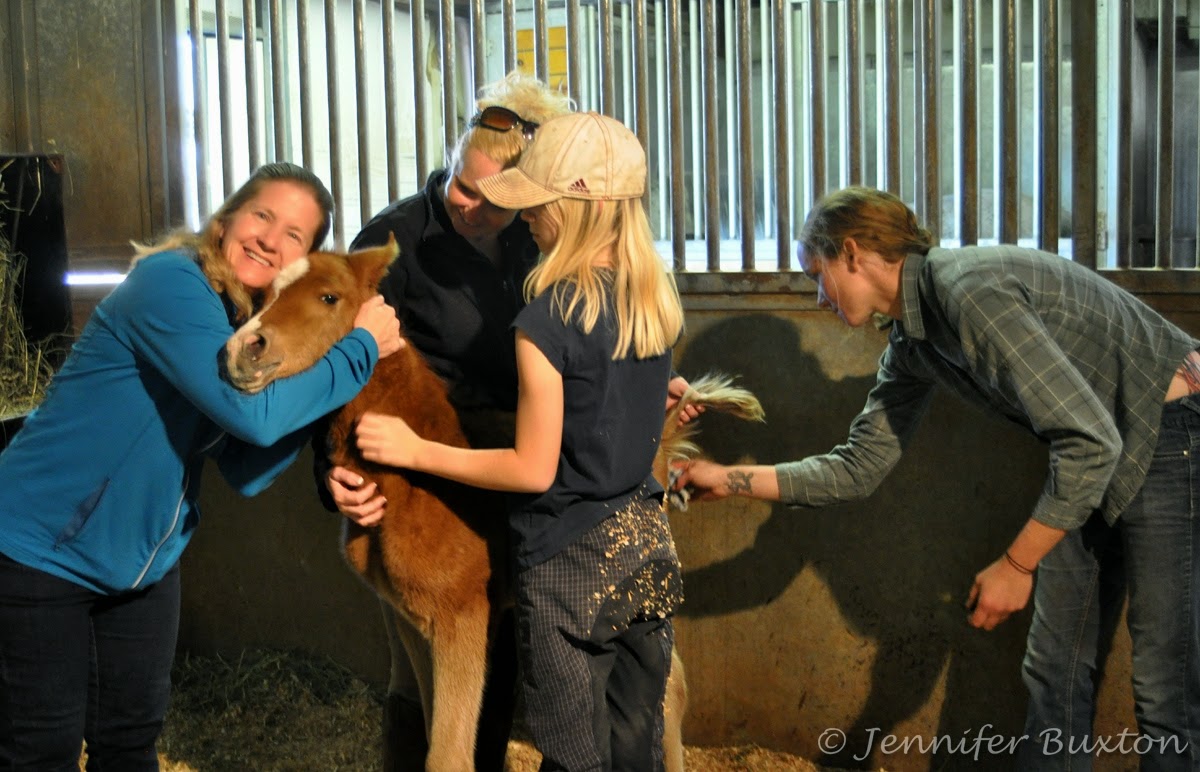 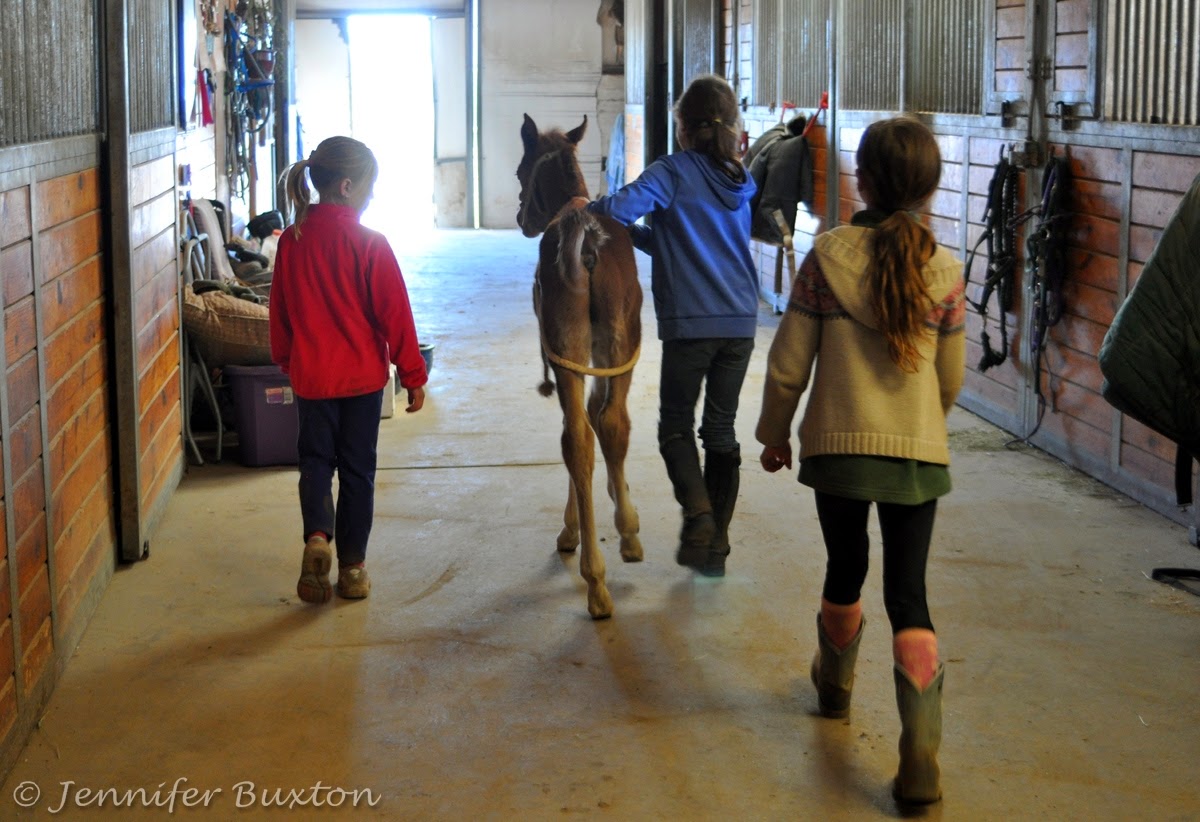 He especially likes playing with the kids... 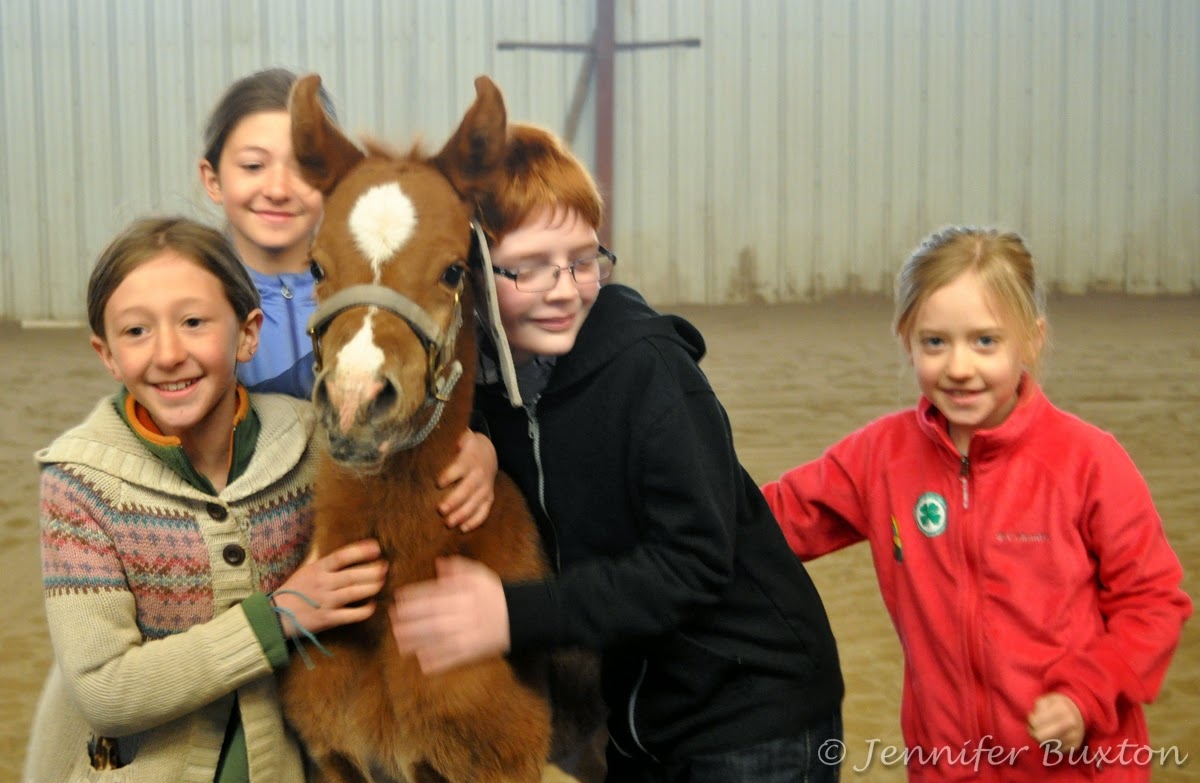 in the indoor arena. 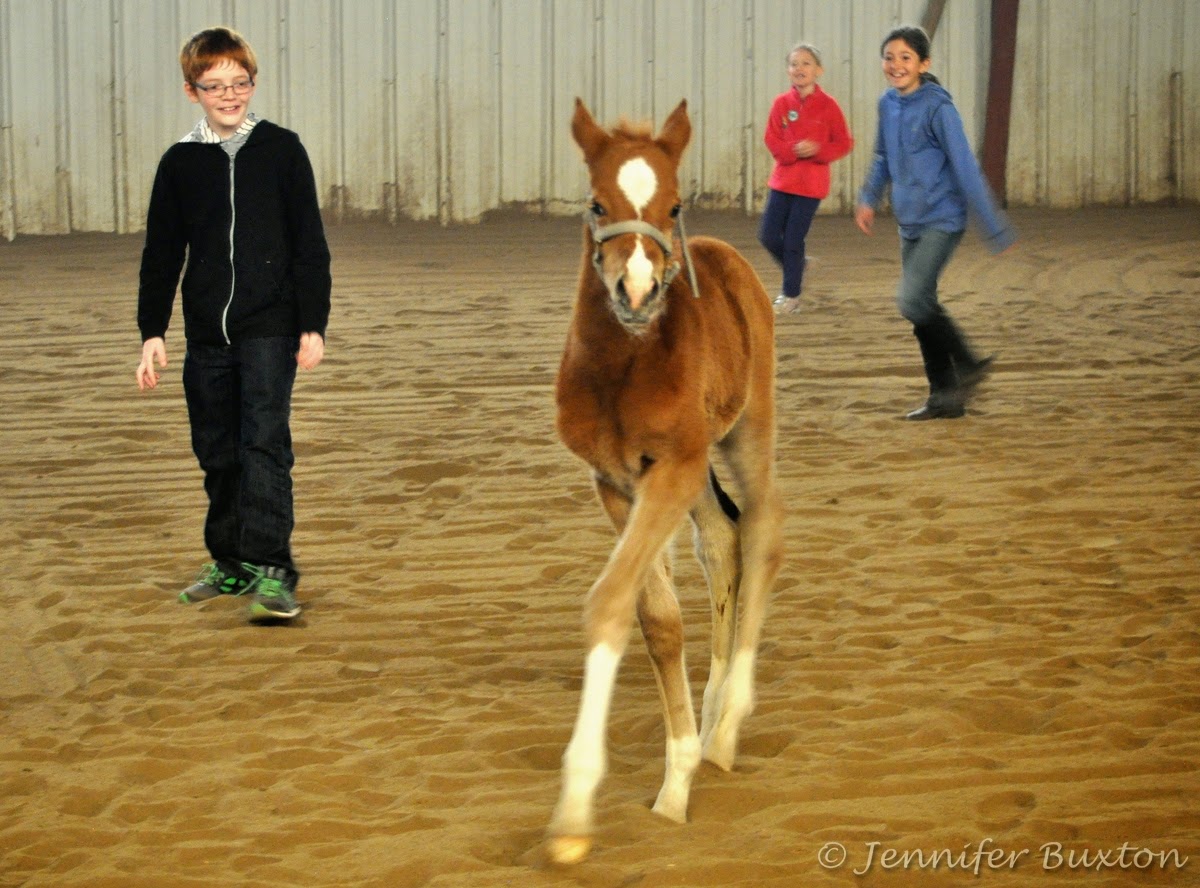 Yesterday a nurse mare was located and brought to Kenlyn.  Unfortunately, she hasn't been cooperative. 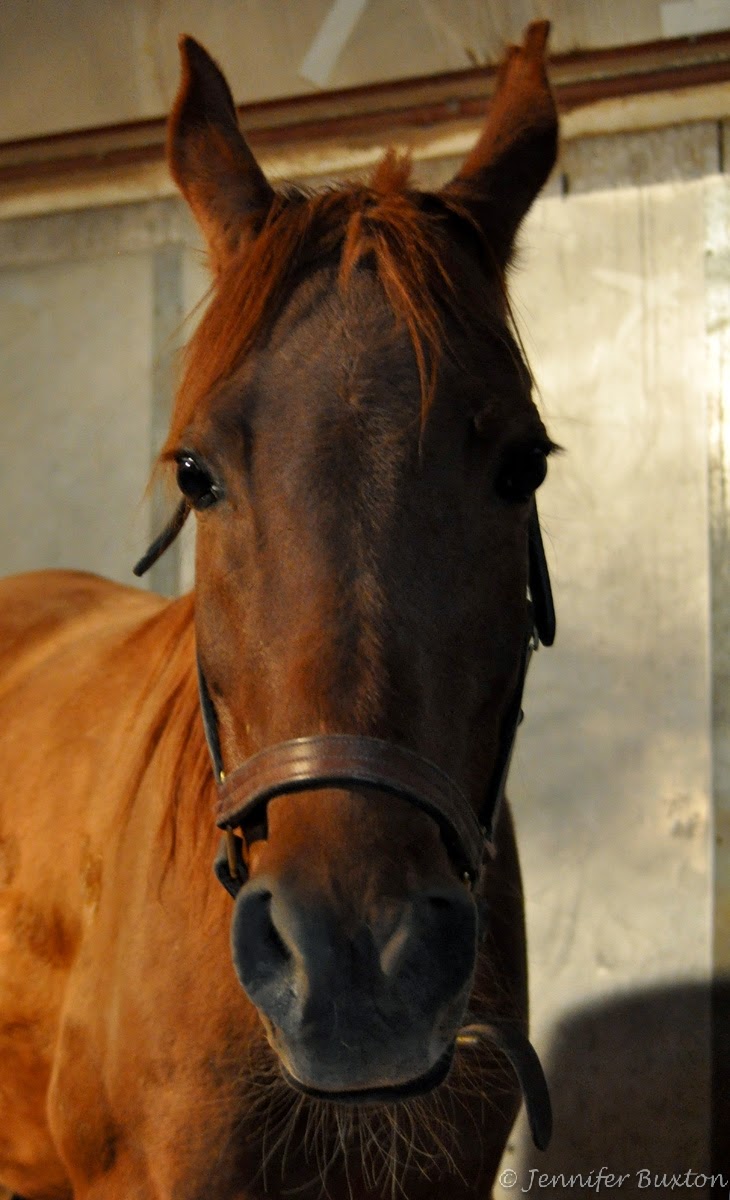 It's possible she'll come around, but for now, he remains an orphan. 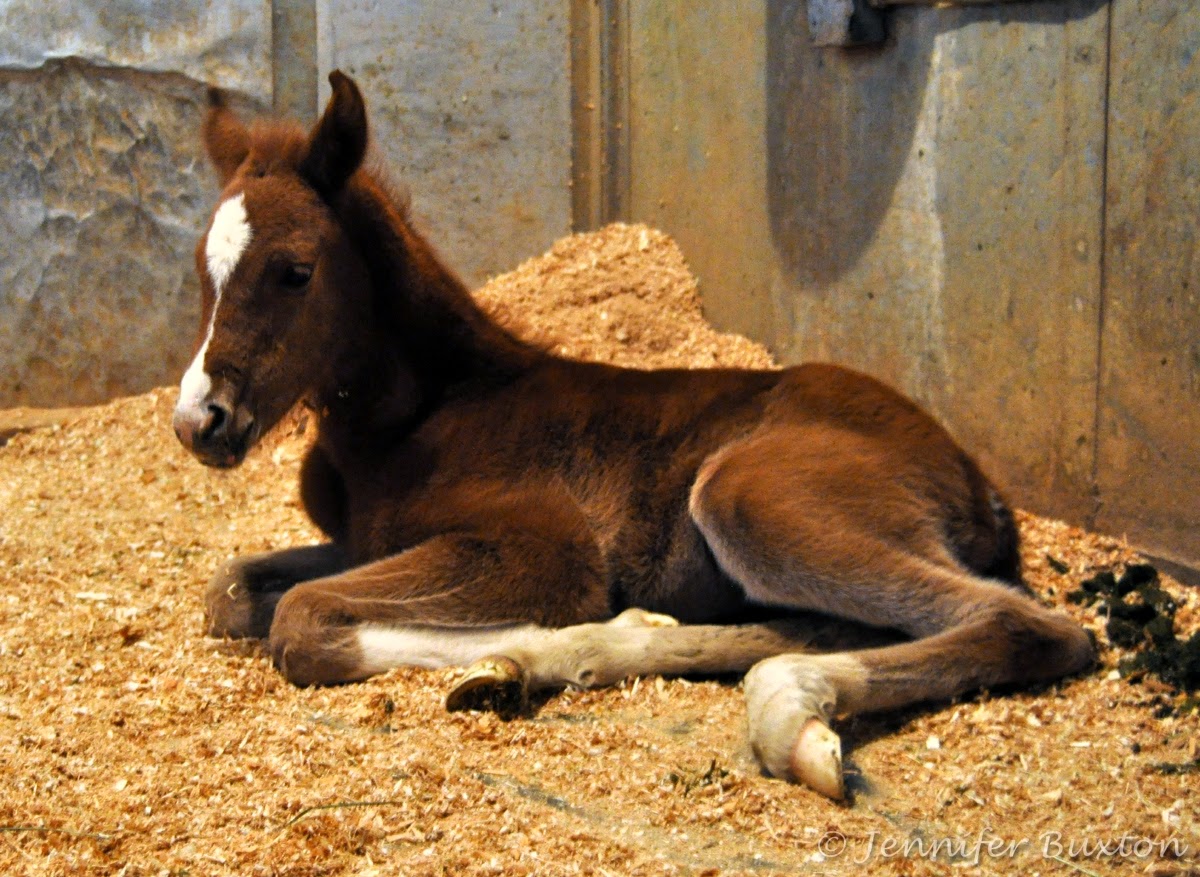 It's not the best case scenario, but with this much love and attention... 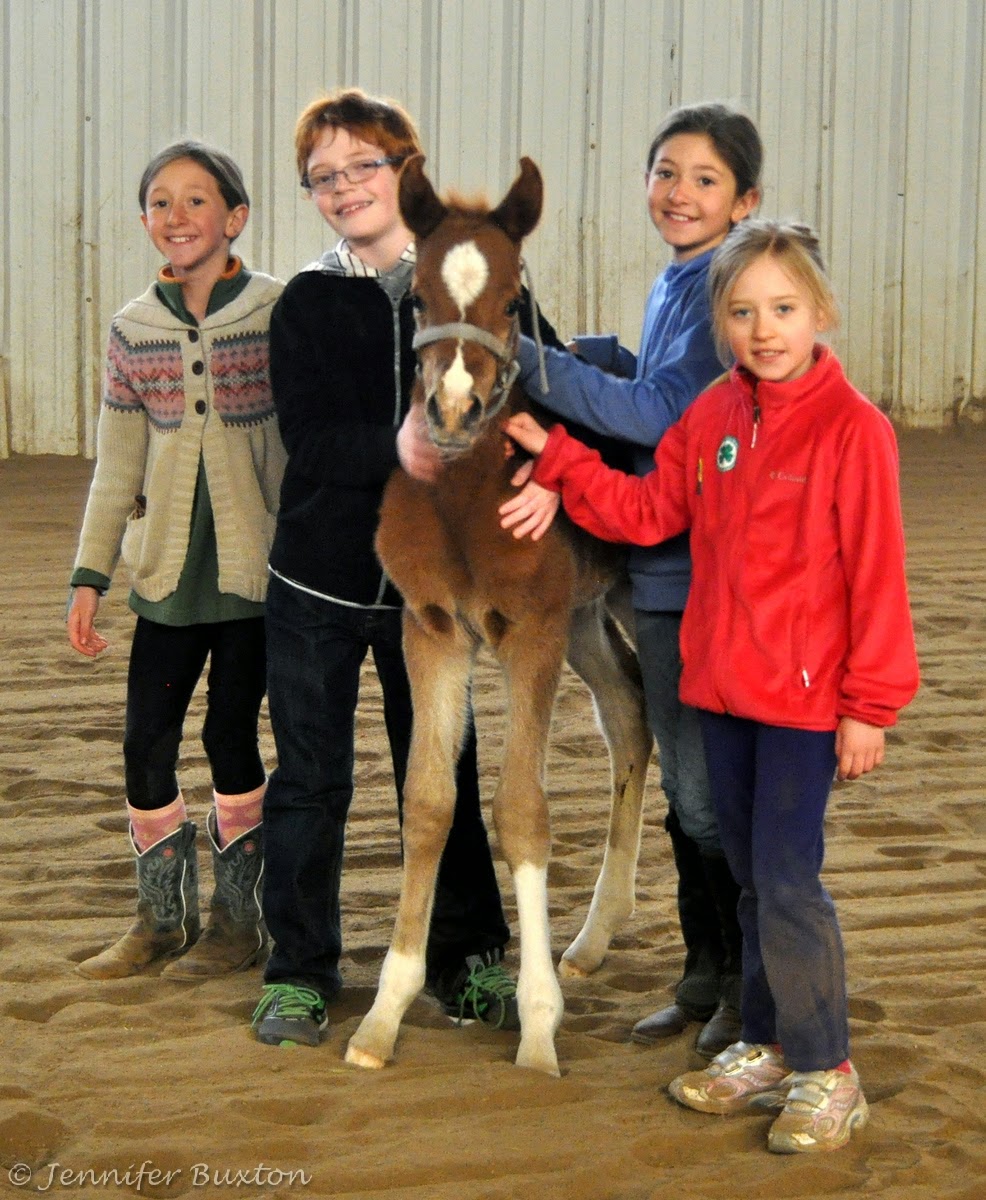 I think he's going to be okay.
Posted by Braymere at 4:52 PM