I didn't intend to abandon the Big Easy Bash posts, but the last couple days have been unexpectedly complicated.  Things seem to be settling down now, so today's bonus post is a quick recap of class three, the Zydeco Cha Cha.

This was described as "a class for gaited horses or dressage entries. Entries will be judged on the application of the show themes to a dressage or gaited horse entry. English or western tack is acceptable. No harness or parade type tack in this class. Adherence to published patterns is not required."

Erin Corbett is a Western tackmaker, so it's no surprise that she chose to go with a Western dressage entry.  Here it is, along with its first place blue beads. 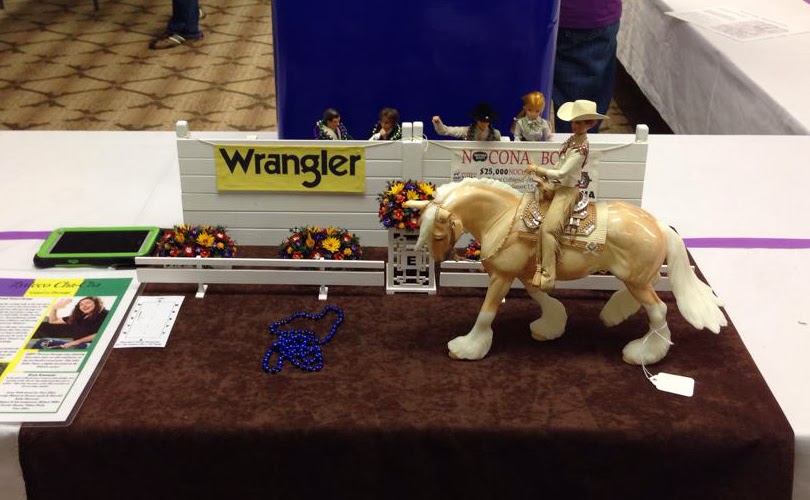 Jackie Arns-Rossi judged this class, which may have influenced Erin's choice of photos for the documentation. 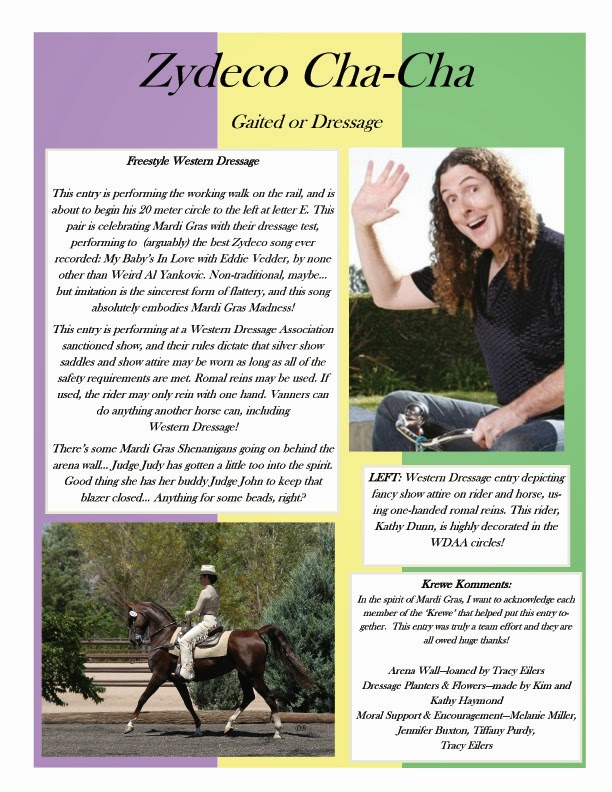