This weekend, Breyer hosted the Big Easy Bash at the Breyer Animal Creations Headquarters in Pequannock and Wayne, New Jersey. 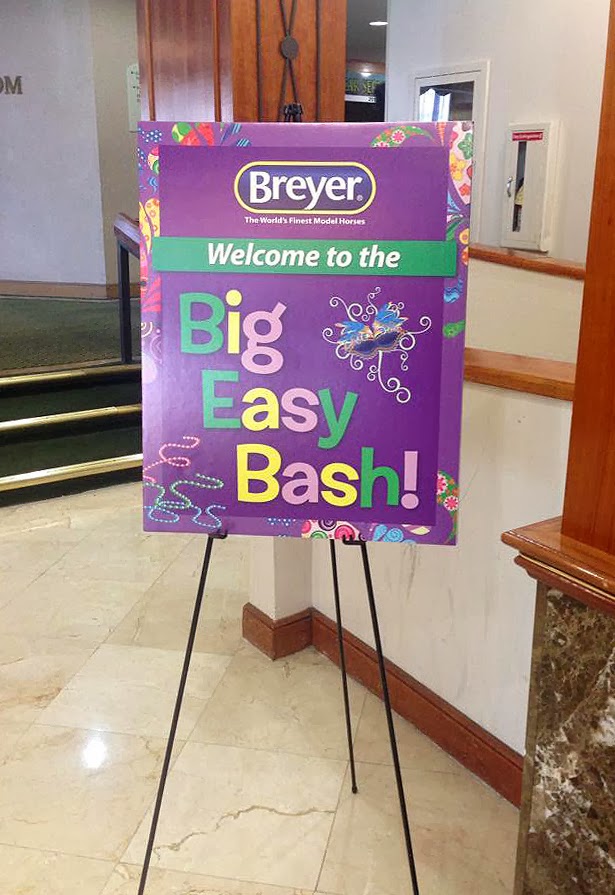 Event participants attended dinner and a tournament at Medieval Times, 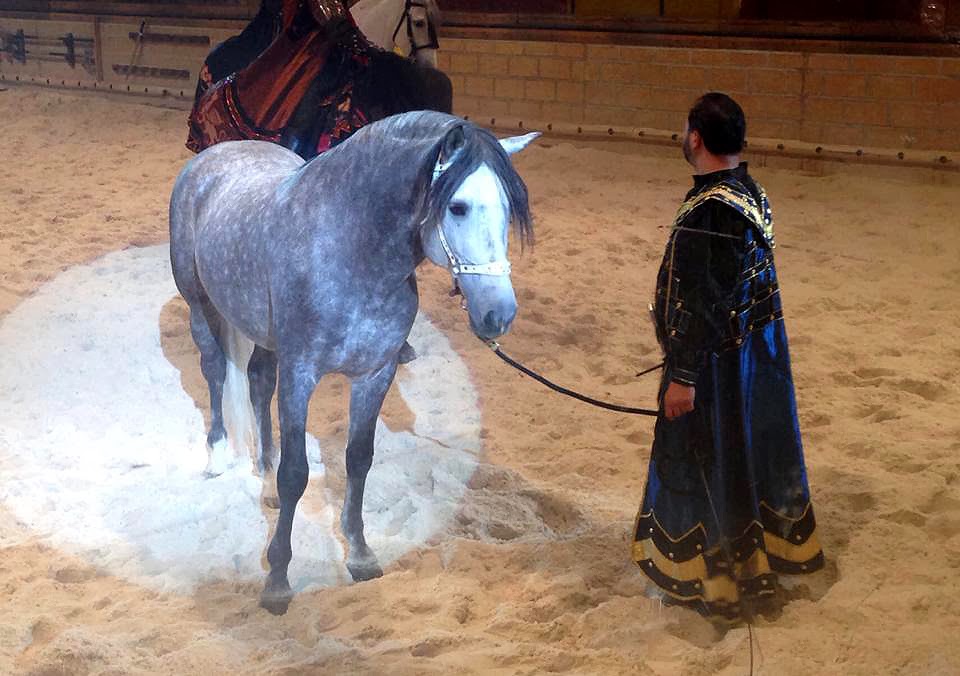 toured the Breyer headquarters and factory, 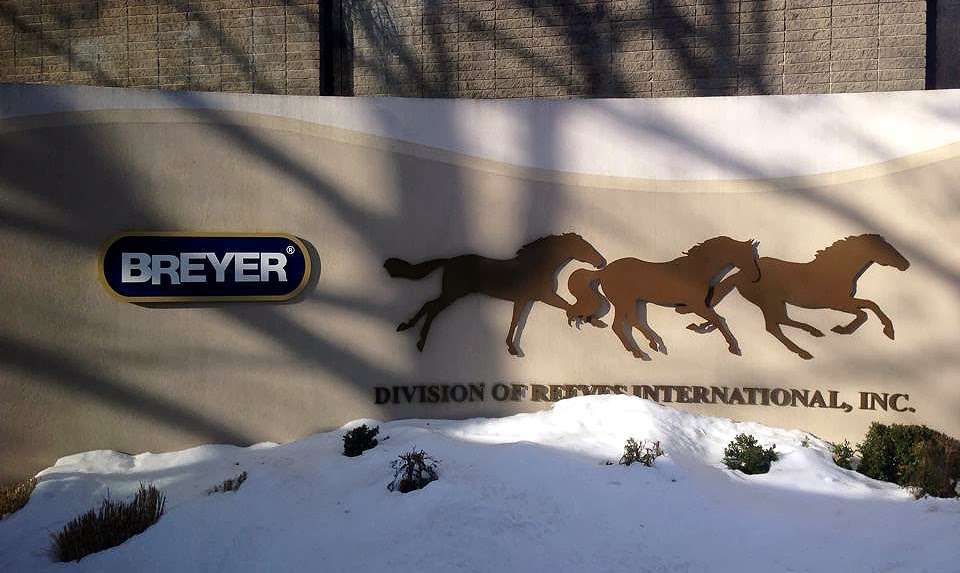 and were given the opportunity to purchase exclusive special run models. 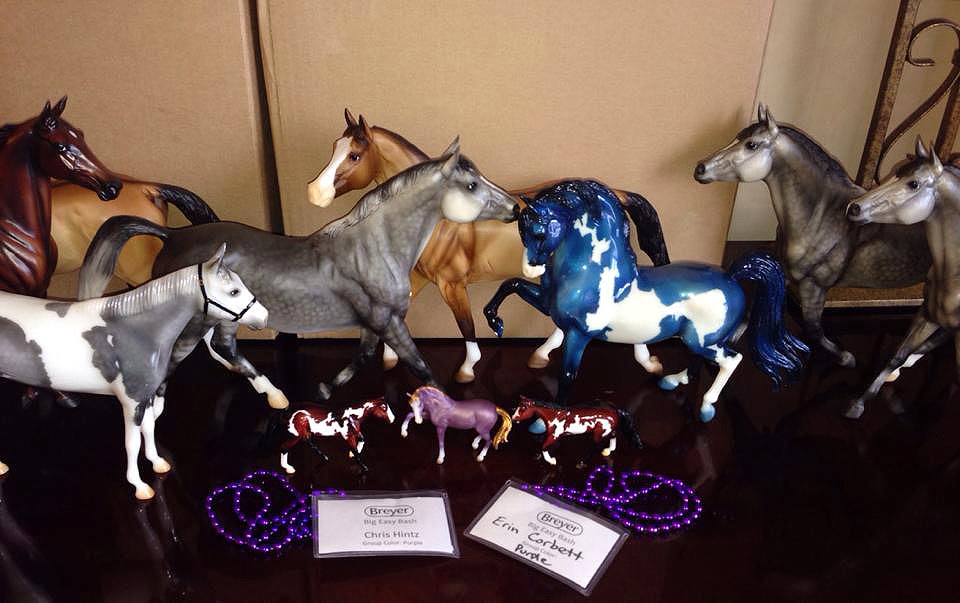 The most exciting part of the weekend, to me at least, was the Mardi Gras Madness Live Show.  With just five classes, this was not your typical live show.  Despite that, the show participants went all out.  I was not in attendance, of course, but my friend, Erin Corbett, was.  Thanks to her, I will be showcasing some of the show's most fantastic entries over the next few days.

The first class was a harness class.  Here is the description: 1. Lundi gras- L'arrivez de Rex (the arrival of Rex, king of Mardi Gras). This is a harness class. The entry must be presented in full harness, either as a single or multiple hitch. The model(s) can be pulling a float, a decorated cart, a wagon, et cetera. Each entry must have a "Rex" even if it is an effigy. A specific driver doll(s) is/are not a requirement for this class. In this class, the maximum size limit is 15” deep x 30” long including footing.

The entries for this class ranged from relatively basic... 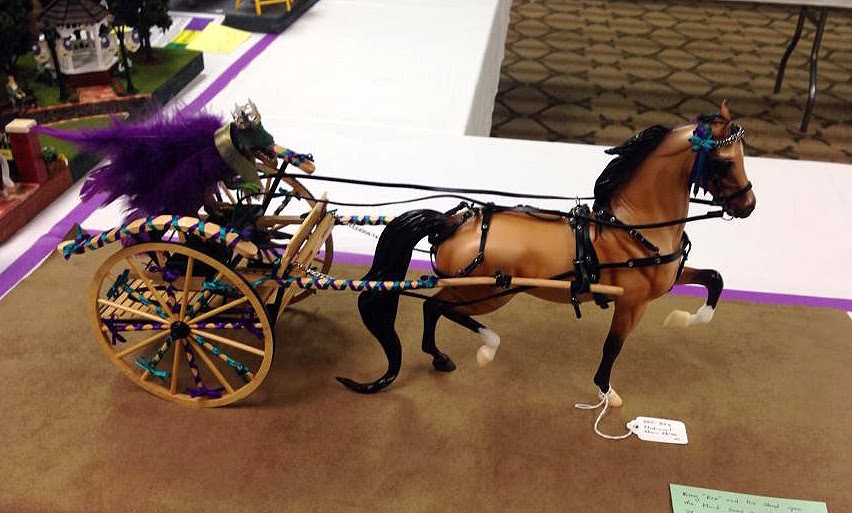 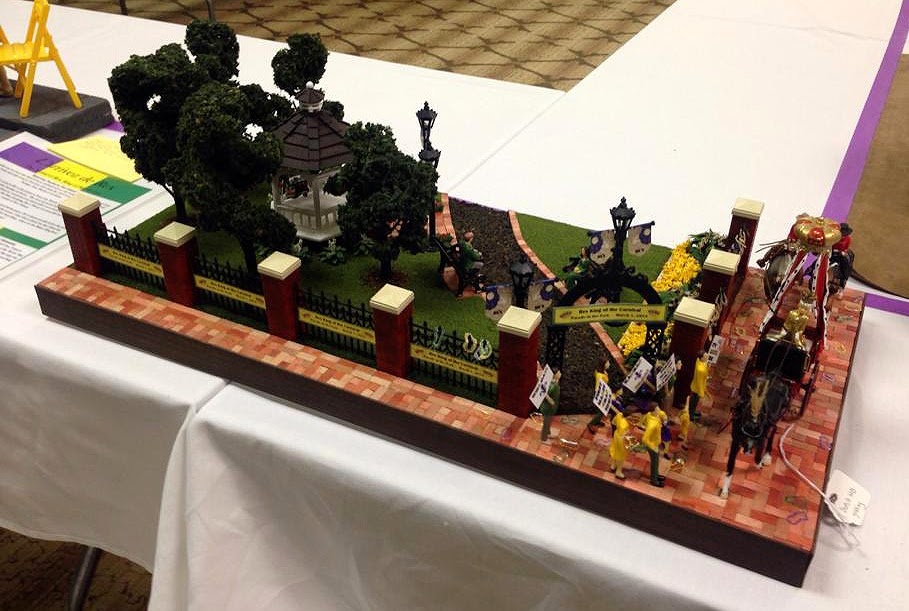 There was also a large variety in the "Rex's."

This one is actually a Tyrannosaurus Rex--ha ha! 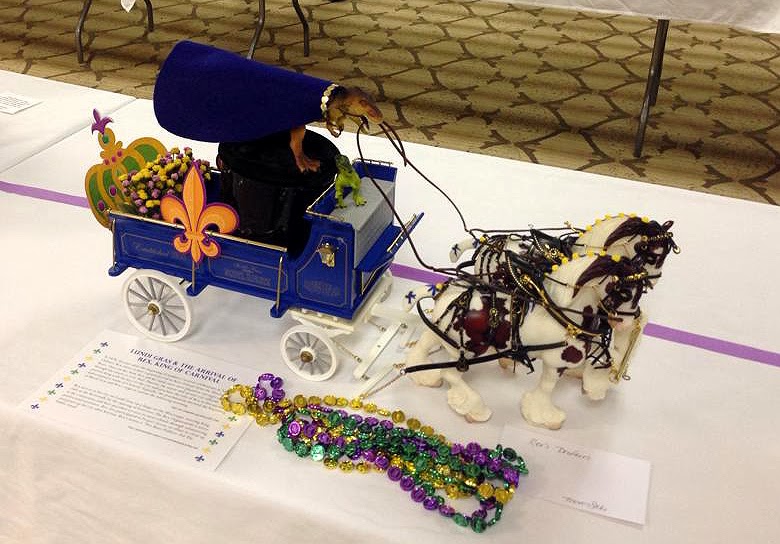 And this one is the King of the Breyers! 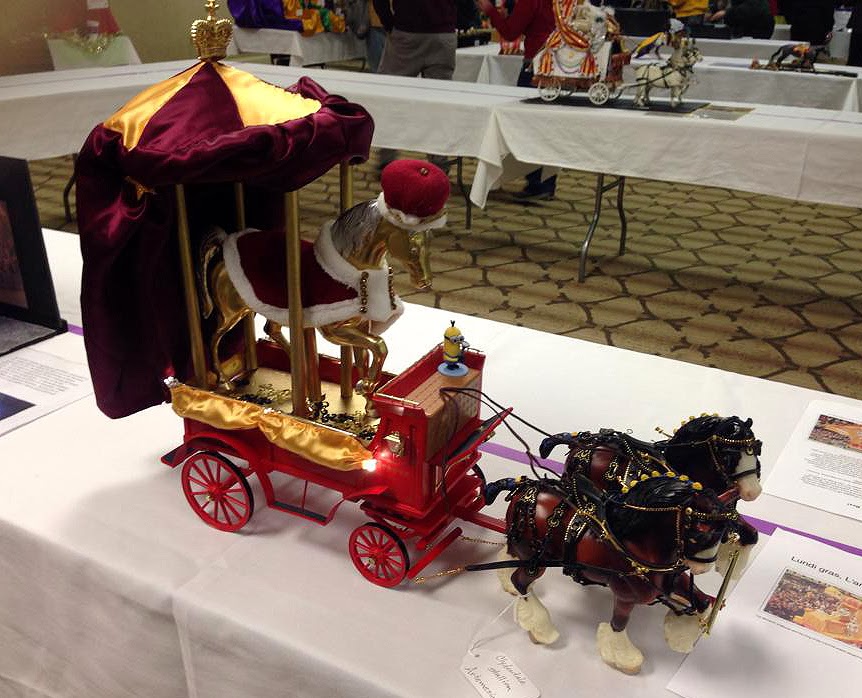 There were a lot of draft horses in this class... 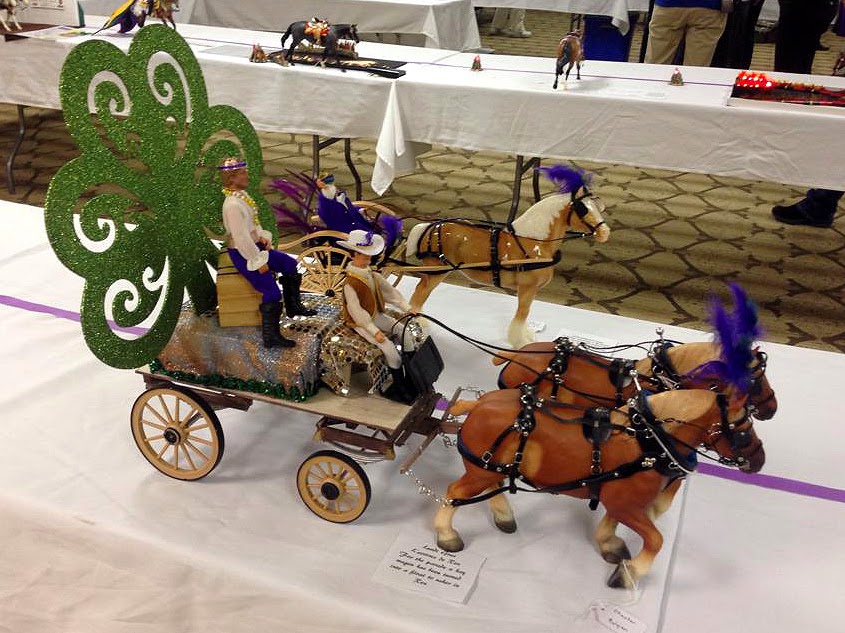 and also a lot of Stage Moms. 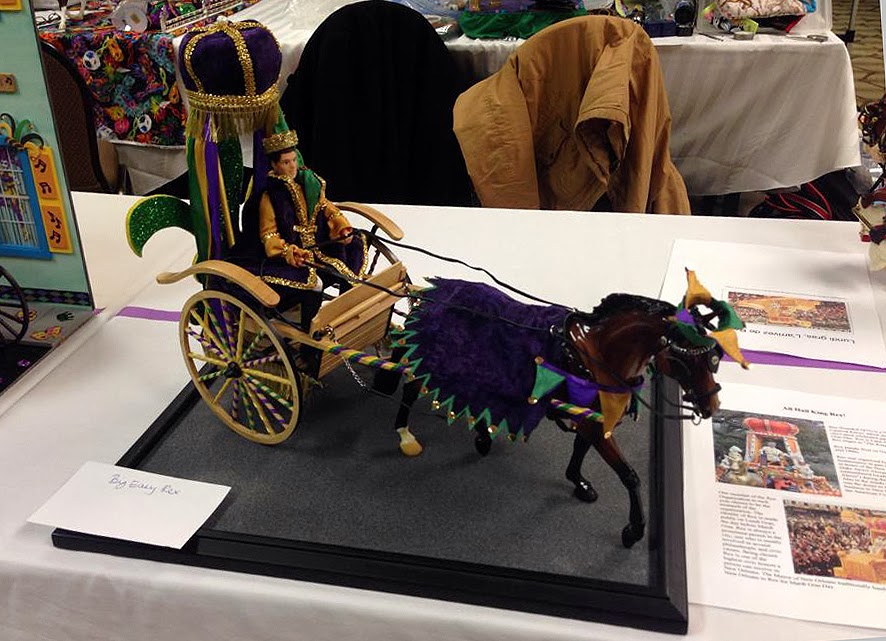 I really like this float.
Erin was part of the Stage Mom contingent. 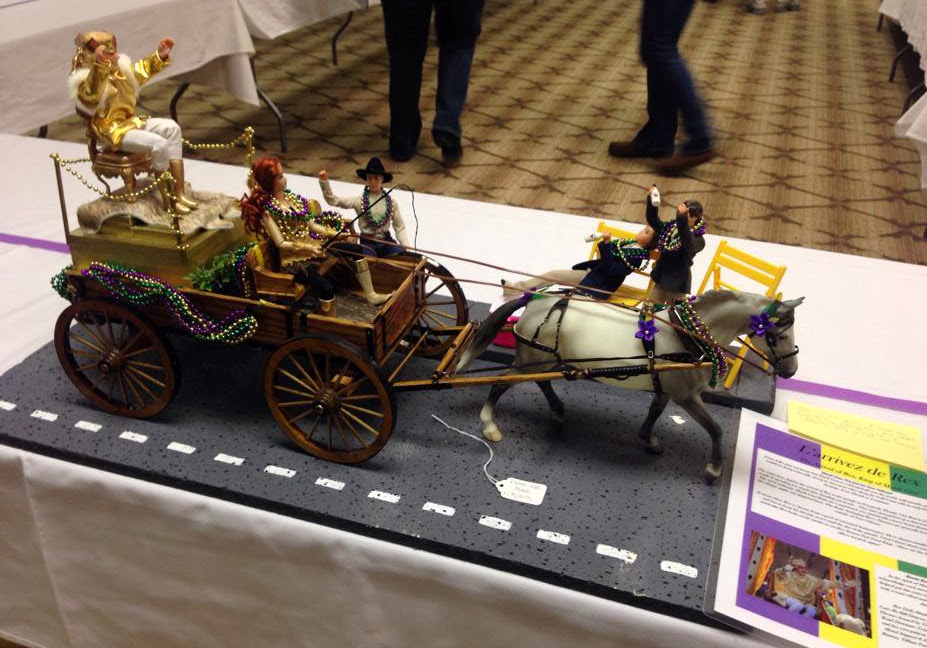 Her Rex actually belongs to Tiffany Purdy, as does the harness.  Showers were encouraged to work together on their entries, and Tiffany, Tracy Eilers, Melanie Miller and I were all part of Erin's "Krewe Who Kouldn't Kome." 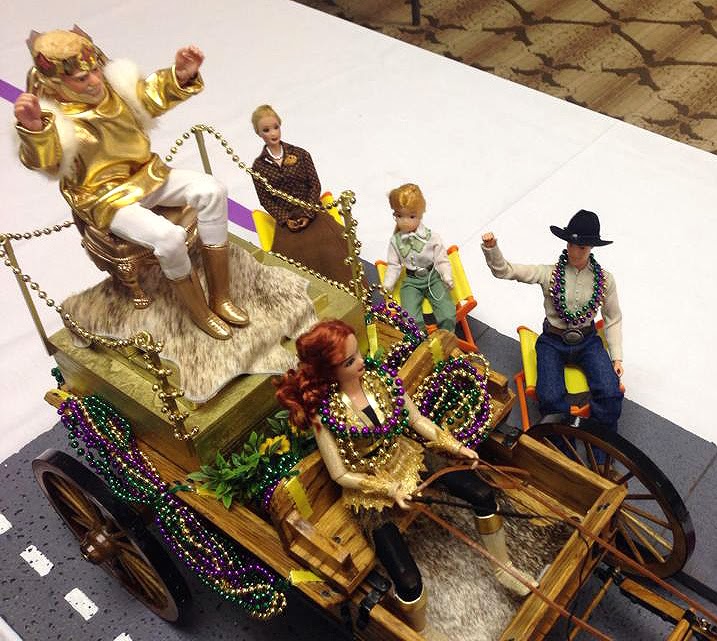 Another view of Erin's set-up.  It's just not Mardi Gras without the drunken revelers! 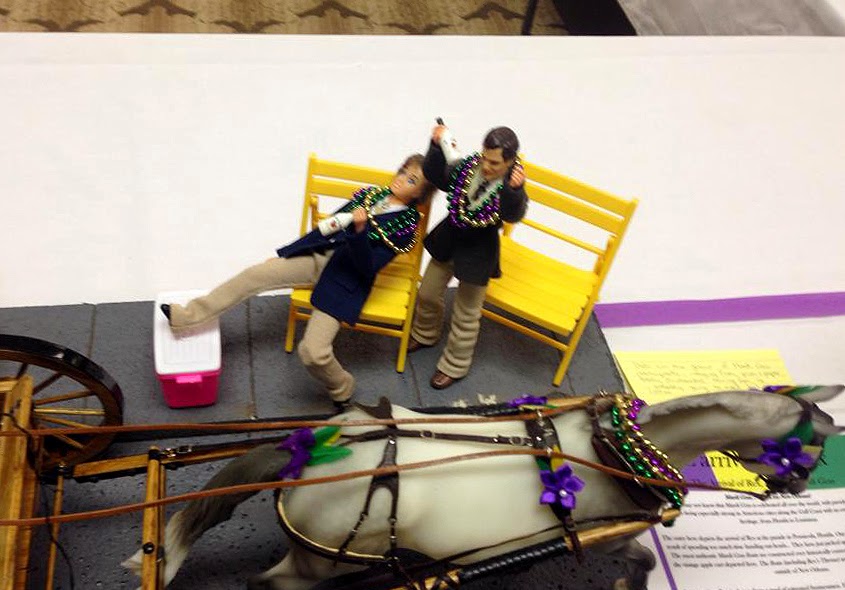 When the placings were announced Erin's entry finished third, right behind the Carolina Gold Krewe's Cleveland Bay.  This entry was by Robin Smith and Julia Harmon.  I just love that backdrop. 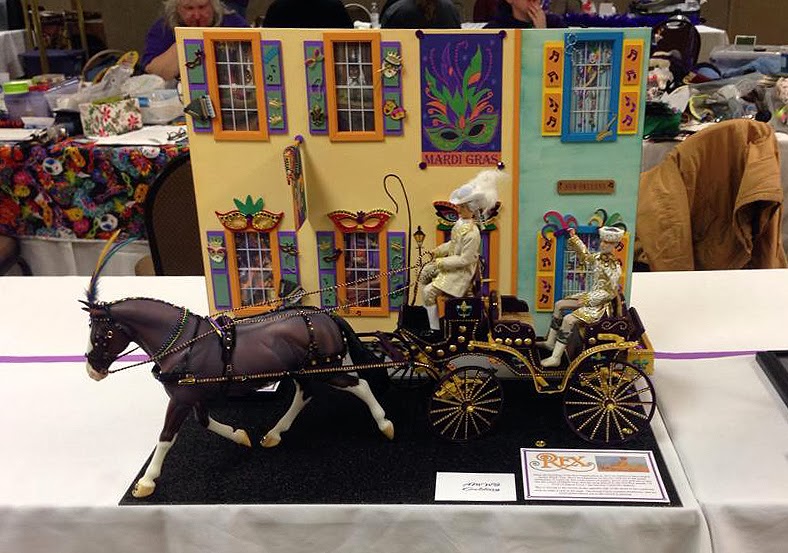 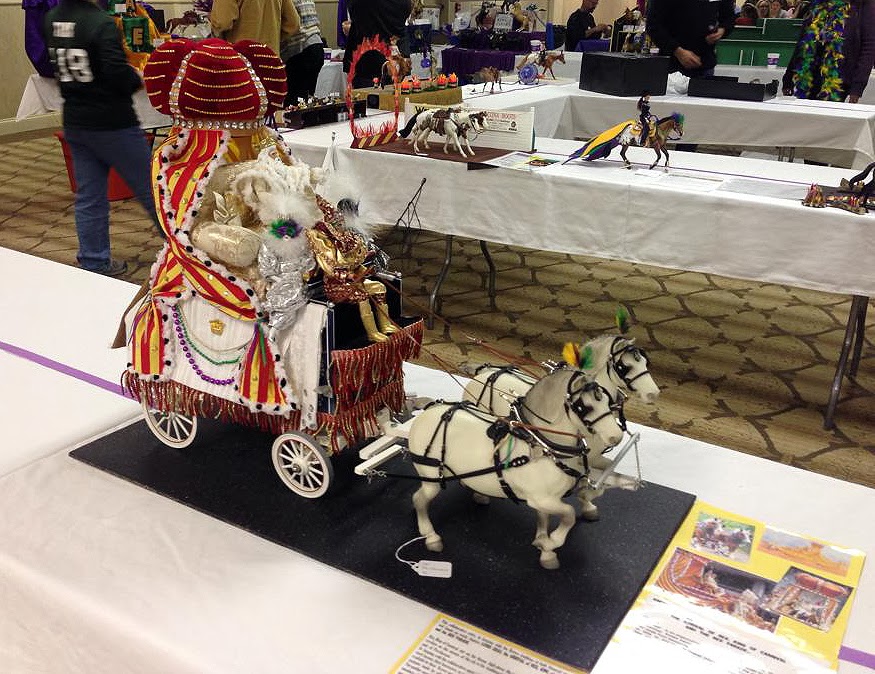 Check out the detail in this lavish throne.  What a great--and worthy--winner! 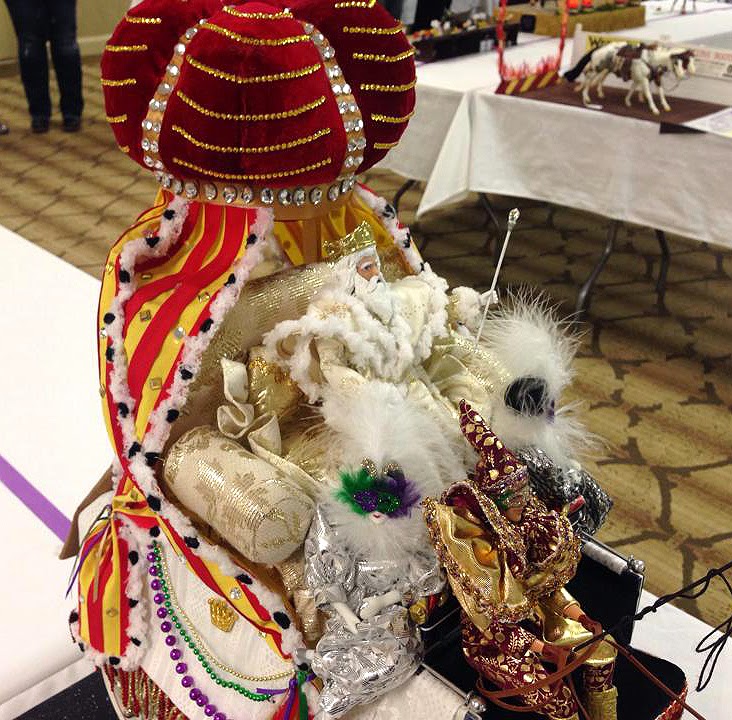 Thanks and congratulations to Erin for allowing me to post all these photos here.  Also, if anyone knows who created some of the other entries, please leave a note in the comment section.  I believe in giving credit where credit is due, and all these entries are extremely creditworthy!
Posted by Braymere at 12:00 PM