Bigger isn't always better, but when it comes to model horse tackmaking...  it kind of is.

Even though I've made mini scale tack in the past... 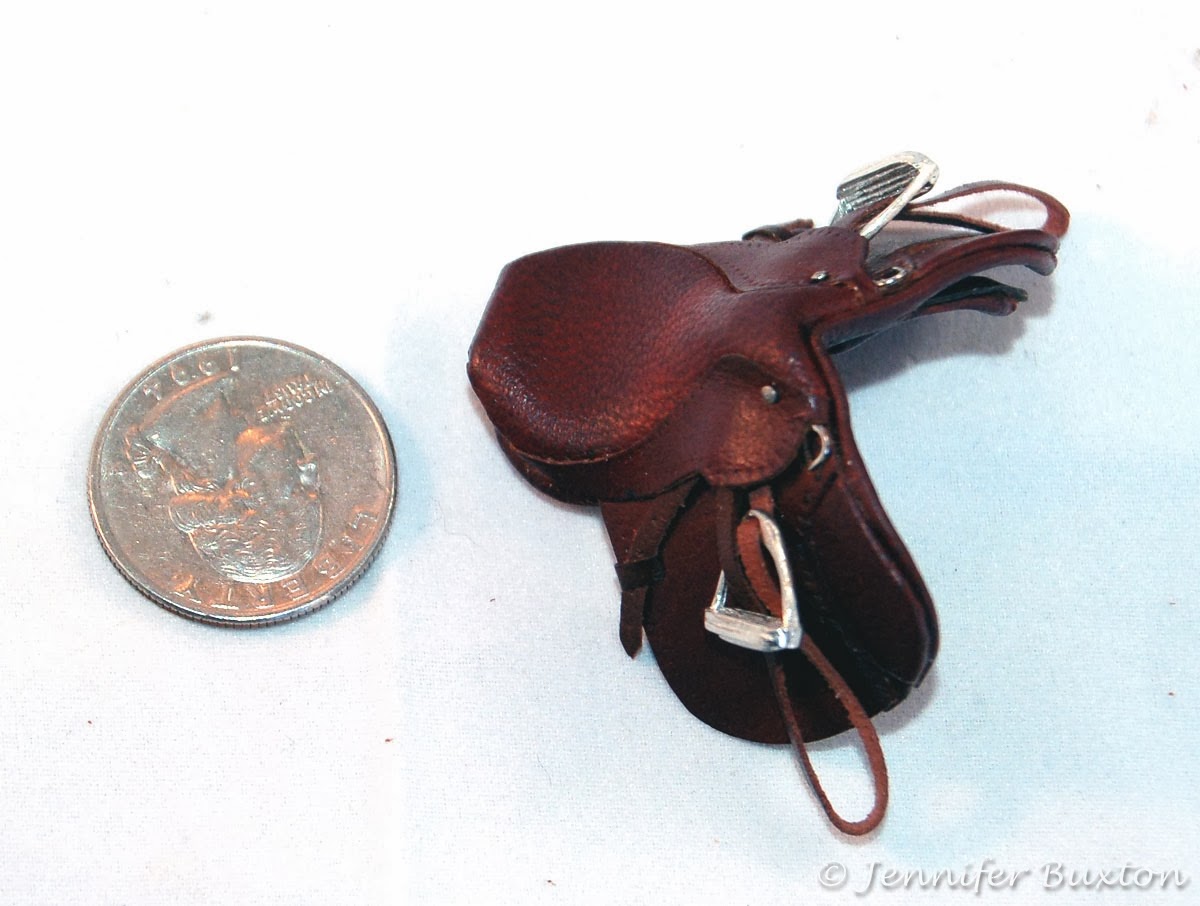 if  I had my druthers, I'd never make anything smaller than classic scale again.

However, there are some bribes I am powerless to resist, and topping that list is the work of the hobby's premier prop-makers, Kim and Kathi Haymond.  There isn't much I wouldn't do to add another Tabletop masterpiece to my collection, so this week I'm building a Pebbles scale pack set.

Work began with the saddle.  Not surprisingly, all the wood I had on hand was more suited to traditional scale projects.  I suppose I could have gone to the hobby store, but instead I decided to downsize it myself. 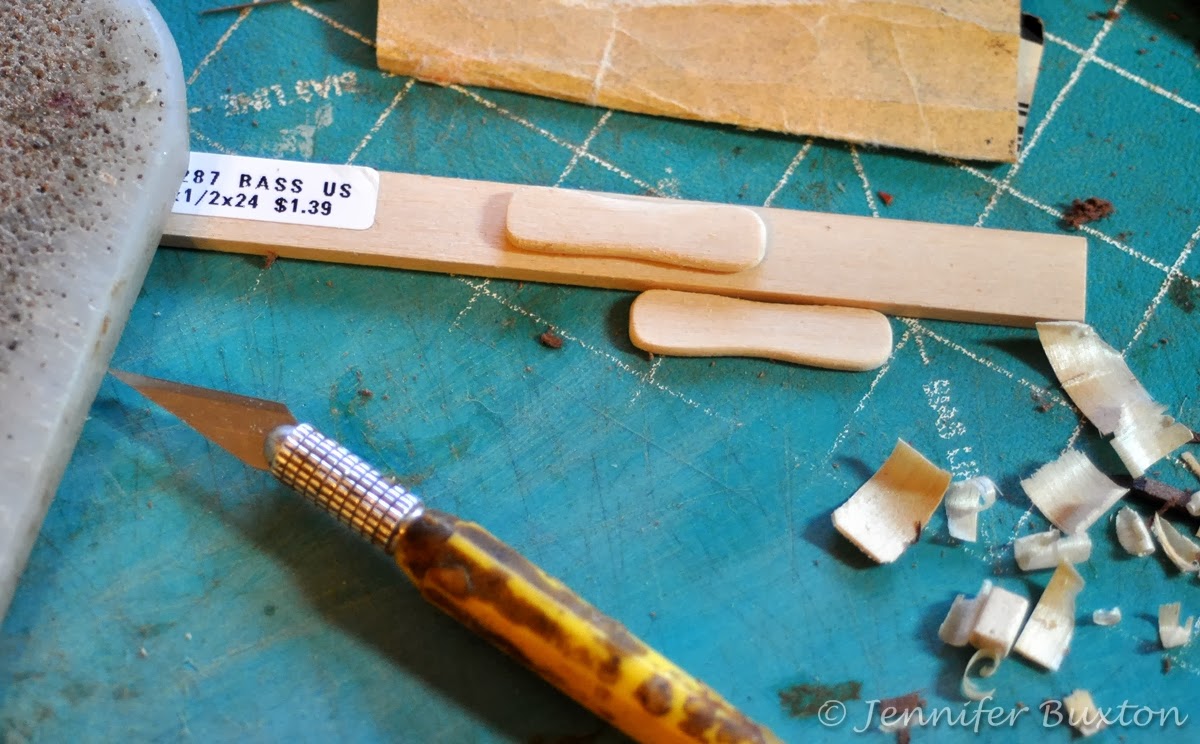 Several hours later, I had this to show for my efforts. 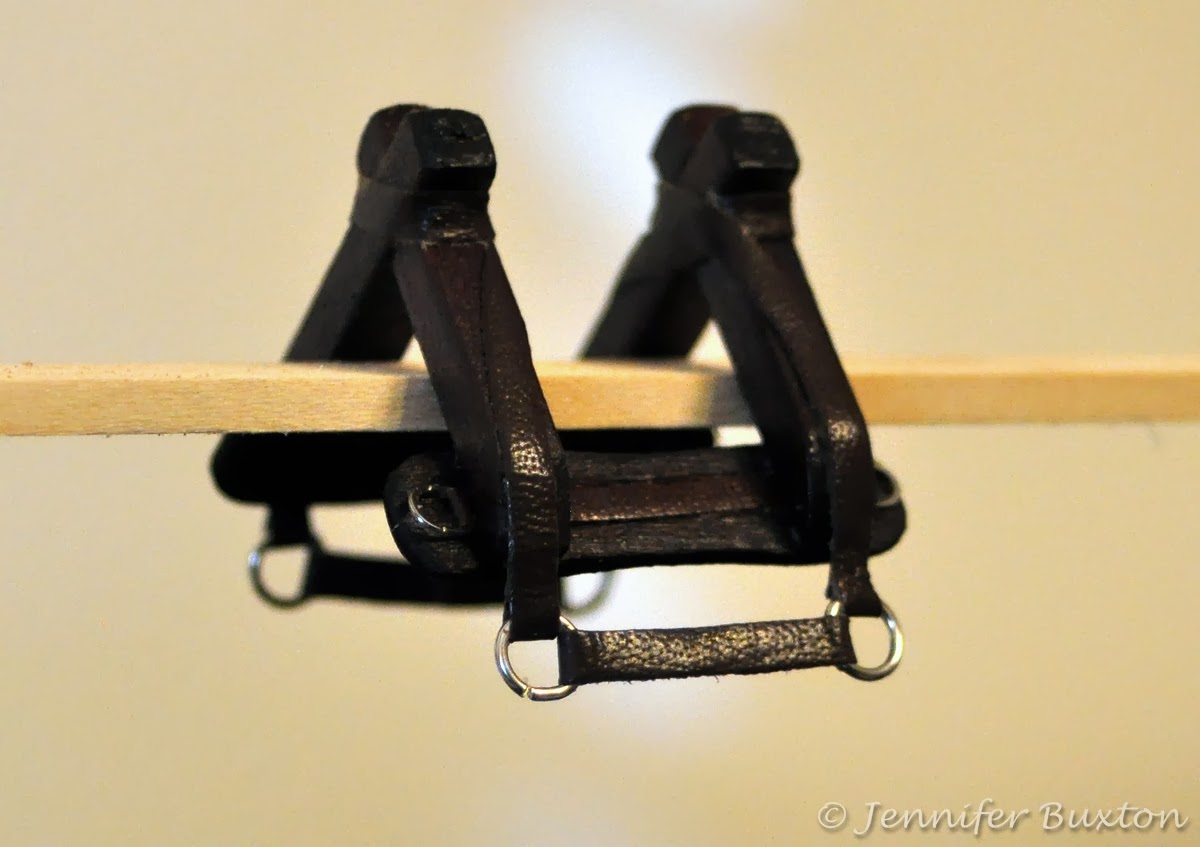 It doesn't look so small in pictures, but by my traditional standards, it's decidedly dinky! 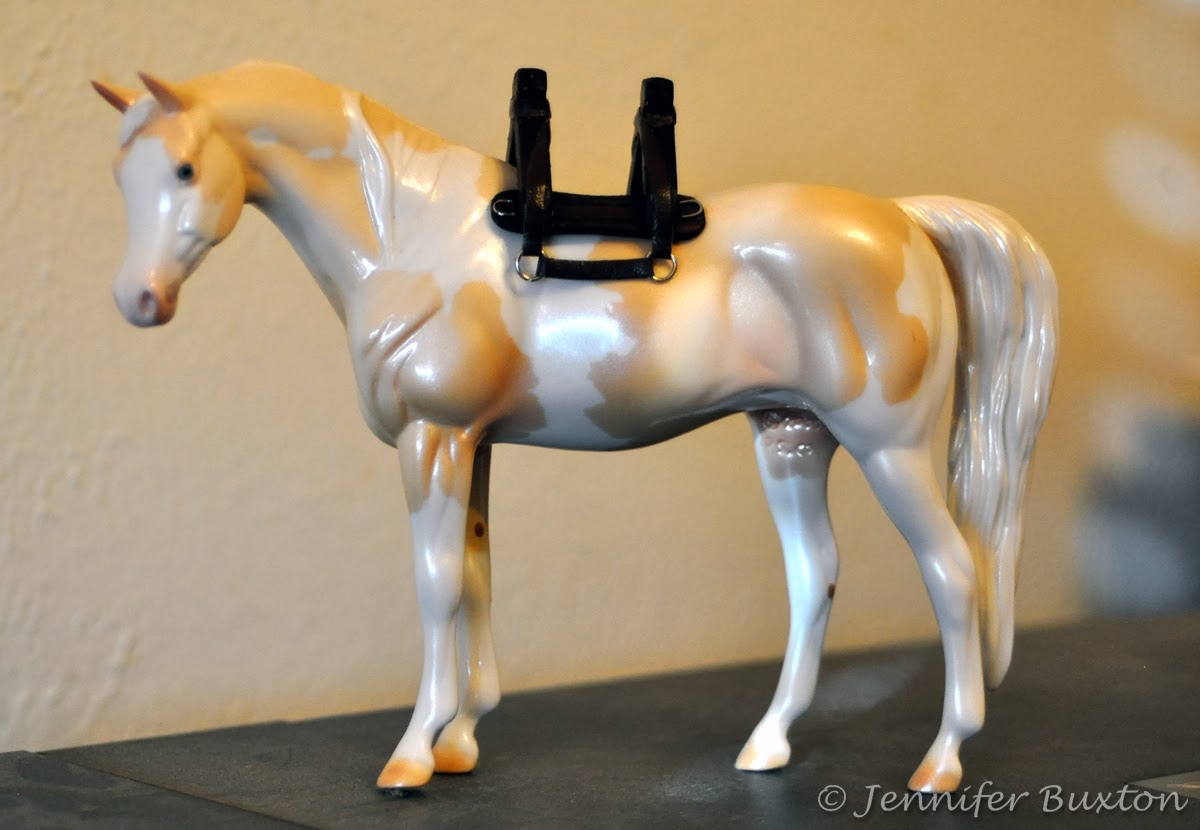 Tomorrow, I'll start on the harness.  That will be easier, right?
Posted by Braymere at 4:55 PM