All work and no play makes Trillium a crabby pony, so today Christie and I decided to forgo our usual dressage practice and hit the trail. 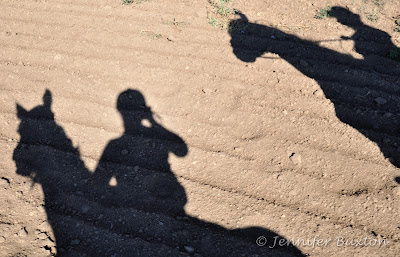 Before we left, we walked a couple laps around the field where we usually ride. 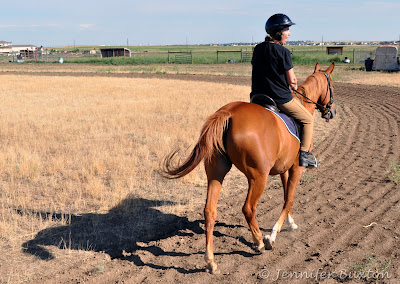 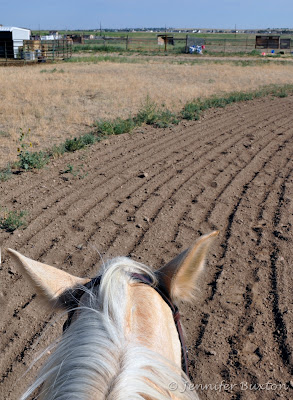 turned into interested, happy ears as we left the Big Iron Ranch property. 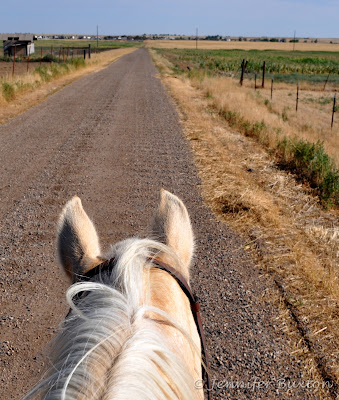 Trail rides in Watkins don't actually involve trails.  Instead, they're all about dirt roads, 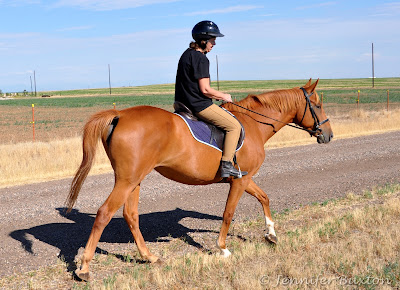 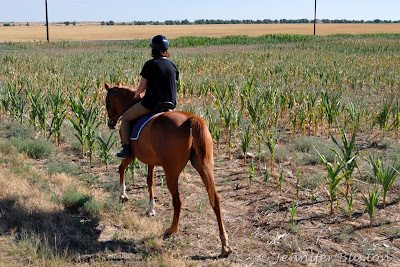 and an occasional paved road. 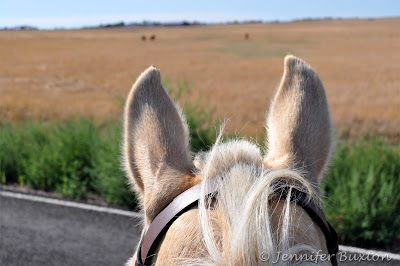 The majority of the fields are brown. 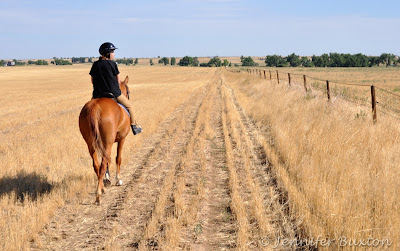 It's been so hot and dry this summer that everything that isn't irrigated is dead. 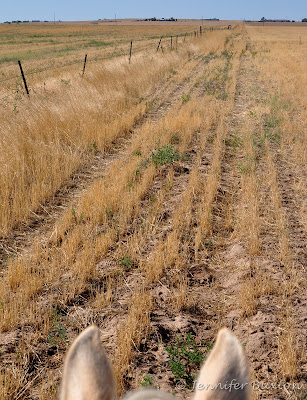 If you look really carefully, you can see the mountains in the distance. 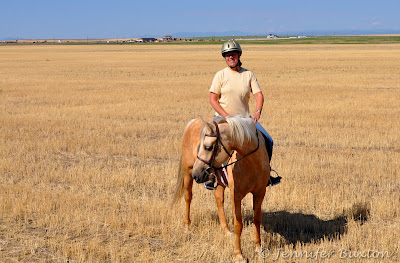 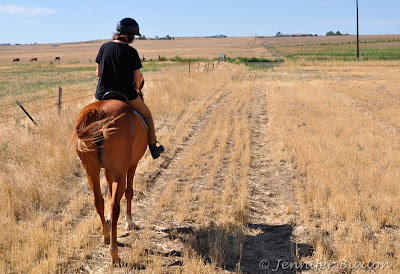 There's the Big Iron's big red barn off in the distance. 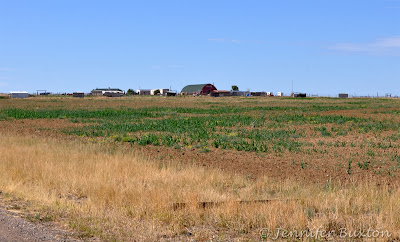 Almost there!  Like Trillium, Christie's mount, Giada, belongs to Aline.   GiGi, as she is affectionately called, is a seven year old registered Hanoverian. Trilli's pasture mate, Samson, welcomed us home.   Poor Samson.  I'm pretty sure he loves Trillium much more than she loves him! 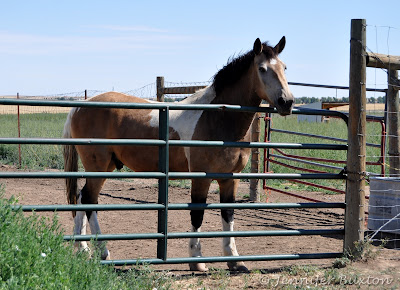 Trillium and I will celebrate our one year anniversary later this month.  We've had our ups and downs, but it's been a good year overall.  I feel privileged to be one of her people.
Posted by Braymere at 3:33 PM