How to make show ribbons

Ask and you shall receive. I love it when that actually works!
Today's post comes from guest blogger Nichelle Jones who writes one of my favorite blogs, Desktop Stables. Thank you so much for sharing, Nichelle!
Show Ribbons
by Nichelle Jones
When I was taking riding lessons I really, really wanted the chance to compete in a local horse show. Nothing fancy, just something fun. When that chancefinally came, it rained, and the show was cancelled. I never quite got over that!
I think part of the appeal was the chance of winning one of those smooth and shiny ribbon rosettes. Horse-crazy girls often dream of the blue ones, but to be honest, I would’ve been happy with anything.
A few years later, I finally got my ribbon, thanks to model horses: 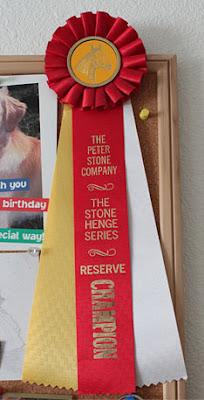 I’ve been wanting to re-create show ribbons in miniature for a long time now. Since some of my horses placed in Blab’s recent photo show, I decided that it was time to figure out how to make the darn things for my models. Cause you know… I’m just weird like that.

Here’s the result! A Champ, Reserve, and 1st through 6th placings. (in America, anyway) 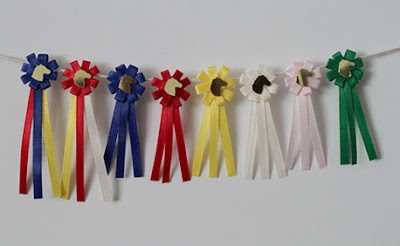 I used 1/8 satin ribbon as it was all I had on hand. I bet they would look nice in other widths too.
I wasn’t specific with measuring. Basically, you need to cut three long strips for the tail and eight small strips for the rosette. Mine were about 2cm long.
You also need a circle of paper (I used cardstock as it’s heavier) to build the rosette on. I traced around the lid of a marker. 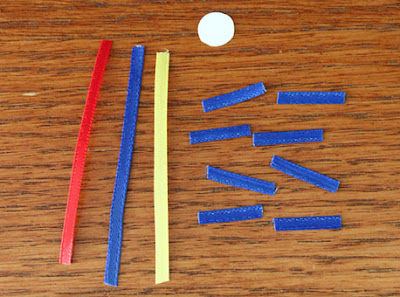 1: Fold the small pieces of ribbon in half and glue in place. 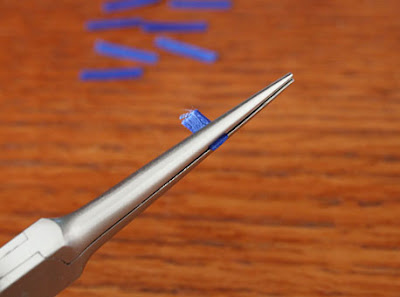 Crimping the edges before gluing helps! 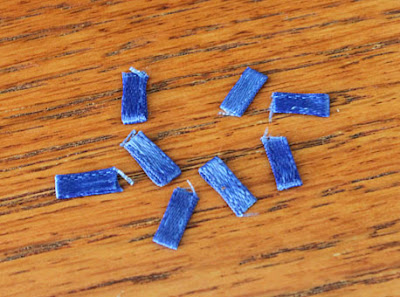 2: You’re going to want to trim down each of these pieces. This will reduce any bulk and tidy up the ends. Folded and cut, mine measured a little more than half a cm long. (eyeballing, woo!) 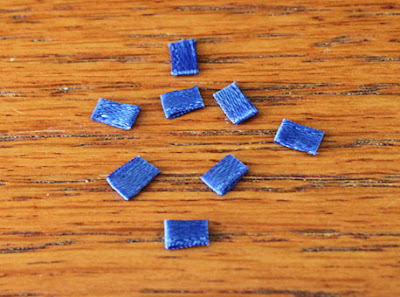 3: Glue the first four pieces to the circle… 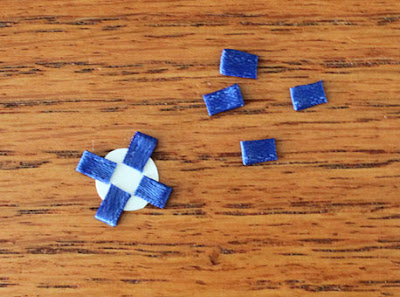 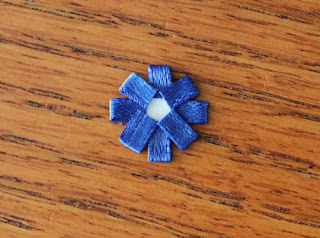 5: For the tail, glue two of the long strips together at a slight angle. Glue the third directly on top. 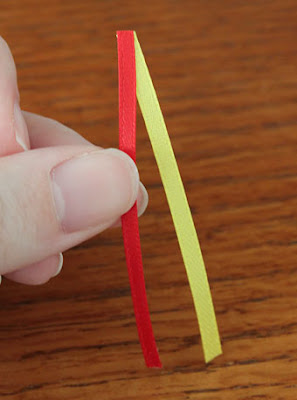 6: Glue the tail to the back of the rosette, with a smaller paper circle on top, to keep things neat. 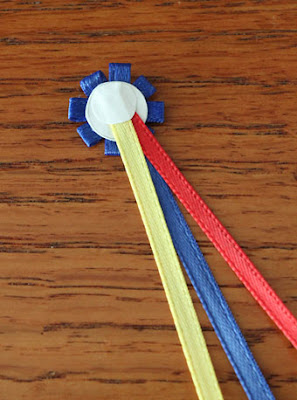 7: To make a hook for hanging, cut a thin strip of the cardstock, taper one end, and fold. Paper is fragile, but less likely to scratch your models than wire or something. 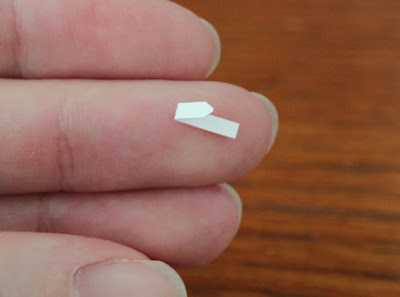 Glue to the back of the rosette. 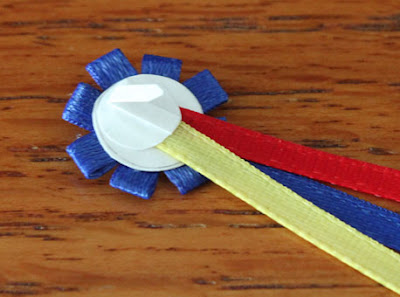 8: For the center, I cut the heads off of some horse-shaped confetti I found. They’re not completely realistic, but everything else was making me crazy so I just went with it. You could make round medallions out of colored paper, or print up a fancier design if you would like. 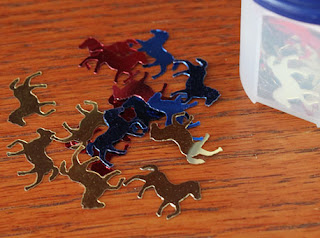 9: Glue to the front of the rosette, then trim the tail to whatever length you would like it to be. 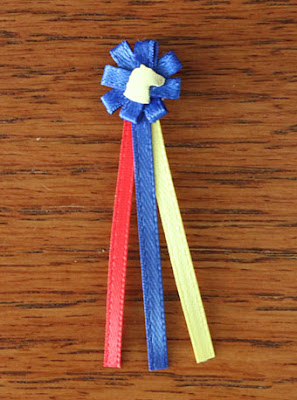 Treat the ends with Fray Check (or something similar) to prevent fraying, and you’ve got yourself a pretty little show ribbon! 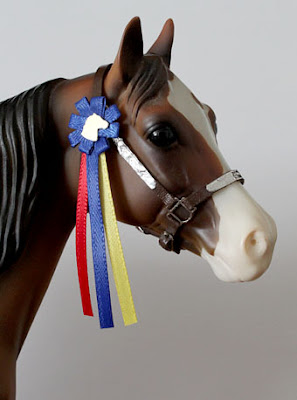