Although we've petted a few noses... 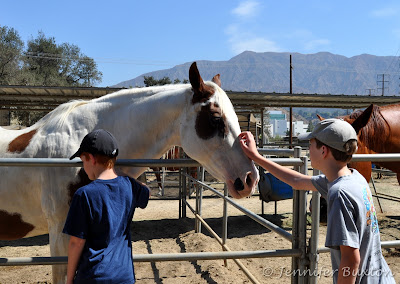 and found evidence of horses....
on every stop of our Los Angeles tour...
my favorite vacation horses are those living in my parents' basement.  Here's a look at a few of the most notable members of my California collection.

Pancho is the oldest of the group.  He is a Marx Johnny West Pancho that originally belonged to my sister, Colleen.  The wires around his neck, body and tail are literally holding him together.  The glue that used to do that job has long since disintegrated. 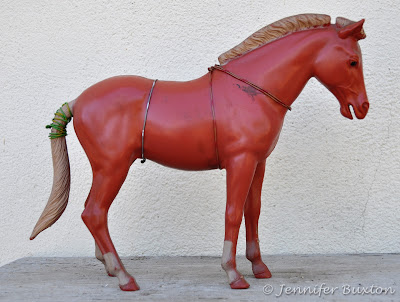 Spotty/Splash is an American Character Bonanza horse and another member of Colleen's former herd. 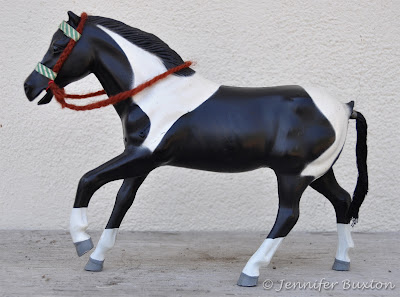 He is small traditional scale and has ball bearings in three of his hooves. 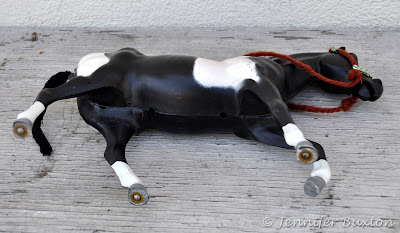 The plastic tack that came with him has long since disappeared.  It was replaced with a custom made yarn and twist tie bridle with wire bit. 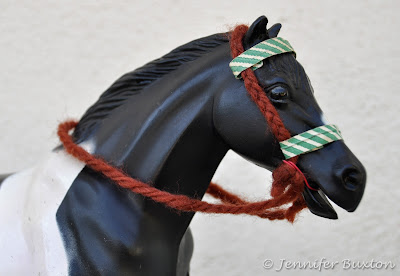 He also has a replacement tail, hand made by me from sewing thread and scotch tape! 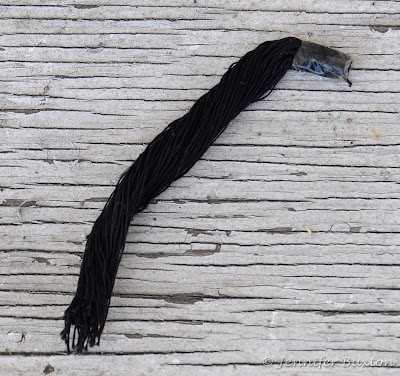 Lightning, the Alabaster Rearing Stallion, was Colleen's first Breyer.  He is shown with his brother, Morgan, who belonged to me. 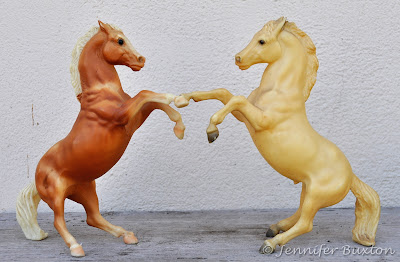 Cayenne is a lot newer, but no less loved. 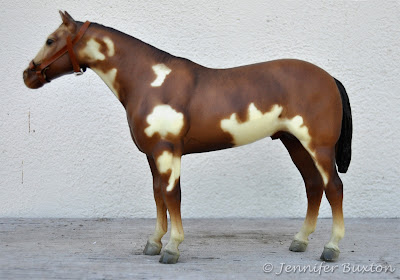 He is wearing another early piece of BCS tack.  All the joins on this halter are sewn together.  Glue would have been easier, but it wouldn't stick to the pleather! 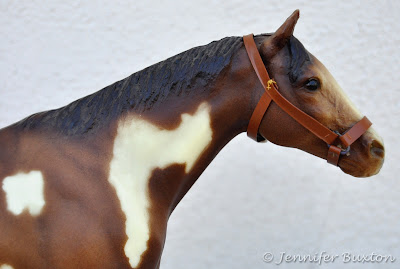 This chestnut Cantering Welsh Pony belonged to my friend, Cindy.  I admired him for years and was so pleased when she gifted him to me. 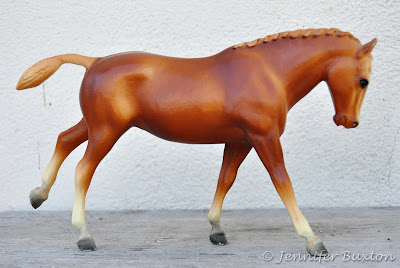 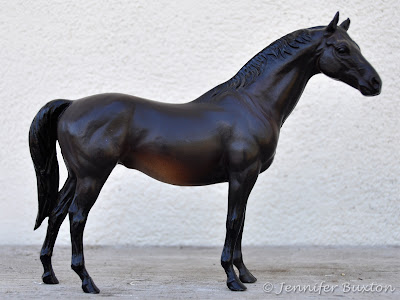 I remember every little thing about the first six horses in this post--their names, their personalities, where they came from, how old I was when I got them...  This one, however, is a total mystery.  I think I may have bought him at a flea market right before I left for college.  Or not.  In any case, he's  quite lovely despite that folded up ear! 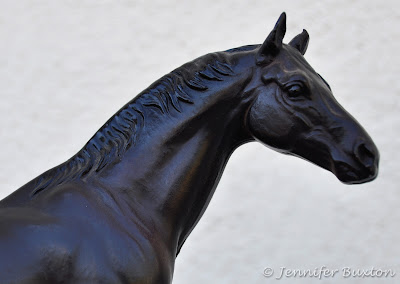 Although my mother would really like to see these horses find another home, I look forward to rediscovering them with every visit.  Maybe someday I'll take them away, but for now I think they're happy in her basement!
Posted by Braymere at 6:28 PM