Draft Horse Barrel Racing may be my favorite draft horse class, but the Feed Team Race is a close second.  Although this timed event is very popular among the farm team crowd, class specifics--including the actual course--vary from show to show.  In today's post, I will do my best to give an overview of an average Feed Team Race, as well as noting some possible variations.

As the name indicates, the Feed Team Race is, in fact, a race.  Teams compete head to head over a course that includes three feed stations and a barrel.  The pattern shown below is a very basic one.  Some shows may require the teams to follow serpentine course, weaving in and out of the feed stations. 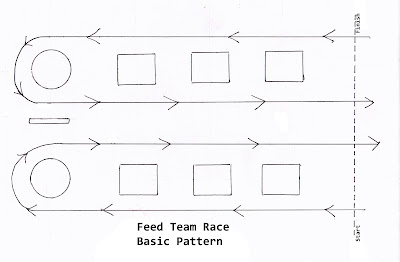 Each team consists of two horses and two humans--a driver and a "swamper."  Depending on the venue, the vehicle used may be either a sled... 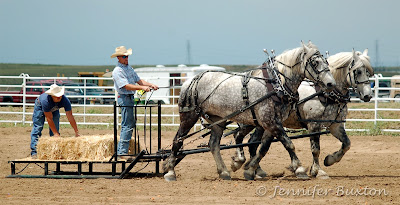 In Colorado, the feed stations typically consist of a pallet stacked with three bales of straw.  Other areas, prefer to use feed sacks, buckets of grain and even salt blocks. 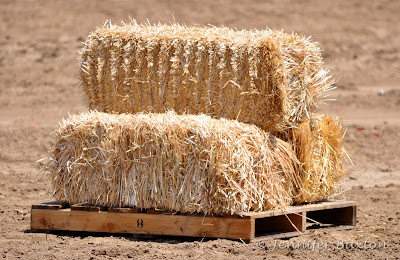 The teams line up at the start line, awaiting the official's signal to go. 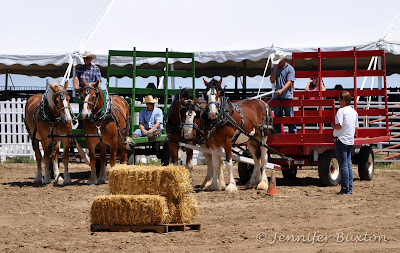 Horses are allowed to walk or trot, but cantering is strictly forbidden and will result in time penalties. 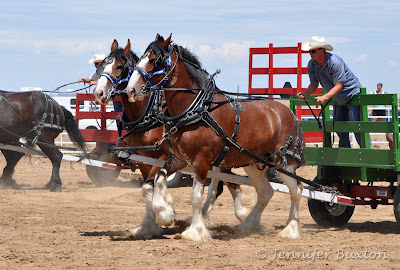 The teams proceed to the first feed station.  The driver must bring the horses to a complete halt before the swamper can exit the cart. 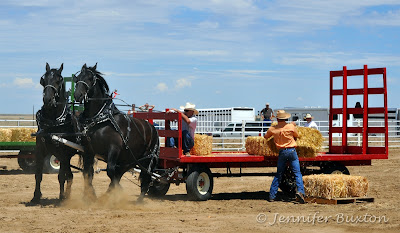 The swamper loads the feed onto the cart one bale at a time. 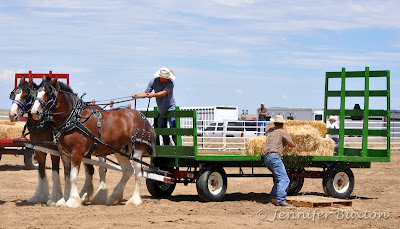 Each bale must be securely placed on the wagon, so as not to fall off during the rest of the race. 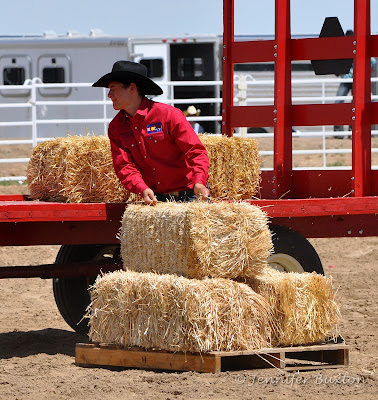 When finished, the swamper climbs back onto the cart, and the team moves on to the second and then third feed stations. 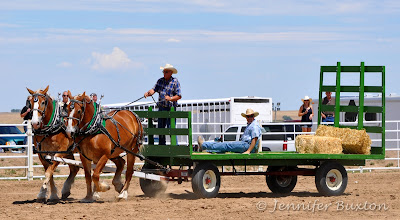 When all the feed is loaded, the team must turn around the barrel at the end of the arena. 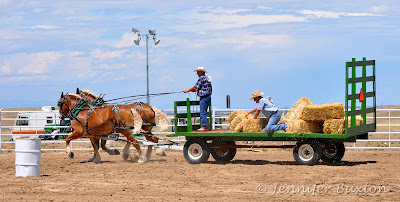 To prevent teams from straying into one another's lane, a pole is placed between the barrels. 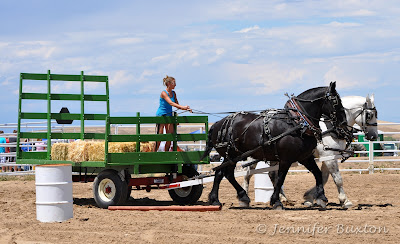 Still, the area around the barrels can get a little crowded during a tight race!

The teams must now begin unloading the straw at each of the feed stations.  All three bales must be stacked neatly on the pallets so as not to incur additional time penalties. 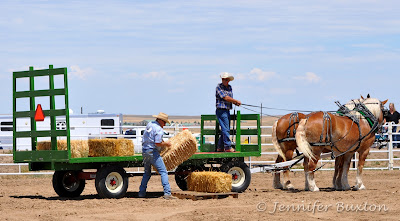 As with all races, the team with the fastest adjusted score (time plus penalties) is the winner.    Although I'm not sure my photos do it justice, this is a very exciting class to watch and is almost as much fun as the barrel race. 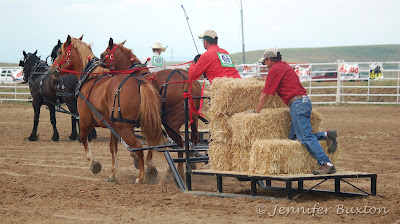 The pictures accompanying today's post were taken at the 2009 and 2012 Colorado Draft Horse Association member shows held in conjunction with the Arapahoe County Fair in Aurora, Colorado.
Posted by Braymere at 2:03 PM