A couple weeks before NAN and Breyerfest, I mailed my show string to Tiffany in two big boxes.  Everyone arrived safe, sound and on time, but boy, was that expensive.

I haven't made much tack this summer, so my hobby budget is pretty skimpy.  In an effort to avoid another round of shipping fees, I asked Jim and Vicky if my ponies could ride home with them.  Fortunately for my PayPal account, they were happy to oblige.

That's what I was doing at the Red Devil Live OF Breyer Show yesterday--I was picking up my horses.

Because there were so many hobby newbies in the show hall, Jim decided to use my NAN prizes as a teaching tool. 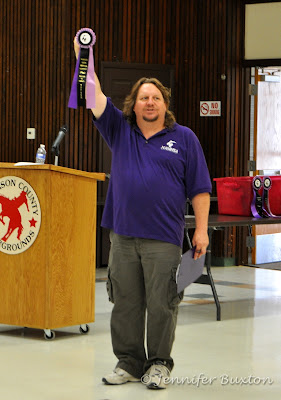 Wearing his official NAMHSA shirt, he held up my prizes and gave everyone a brief explanation of all that is NAN. 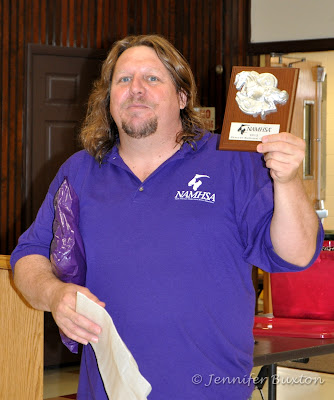 Of course, I had to make sure that everyone knew which critter actually won that cookie! 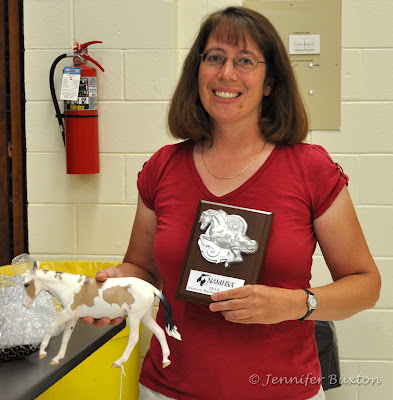 Once that was done, I was allowed to open my Purdy Stoneleigh Surprise. 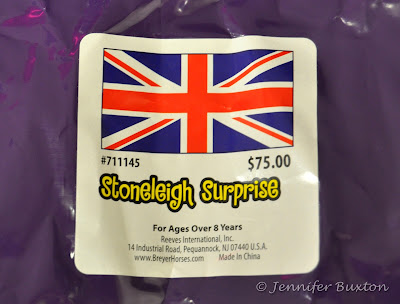 This Special Run model was sold exclusively through the Breyer store at Breyerfest.  One thousand three hundred and forty four models were produced in four colors (bay tobiano, silver bay, grulla, leopard Appaloosa) and two finished (matte and glossy).  Each model was wrapped so that the buyer wouldn't know which one they were getting until it was opened.

Tiffany received a free Stoneleigh Surprise as an apology from Breyer for double booking her workshop.  Since Tiffany's only interest in OF models is using them as customizing fodder, she generously decided to give it to me.

This was a risky move since it meant entrusting the still wrapped model to a couple Original Finish people.  As you can see, I had a little bit of trouble wrestling it out of Jim's hands. 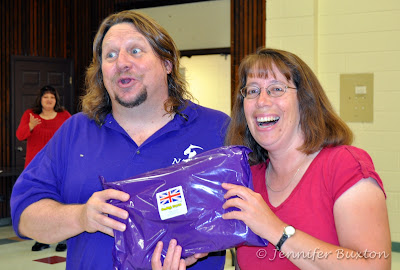 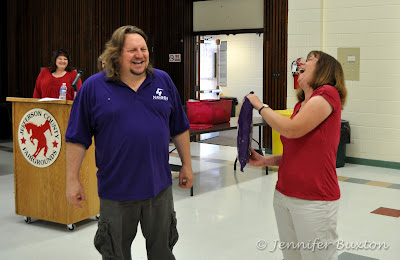 The packaging was kind of hard to open. 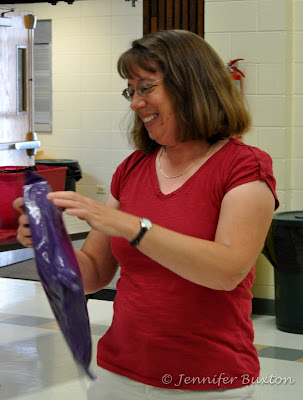 Apparently I wasn't unwrapping it fast enough so Jim had to step in. 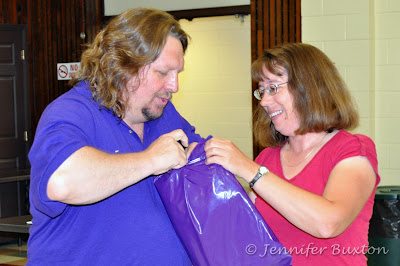 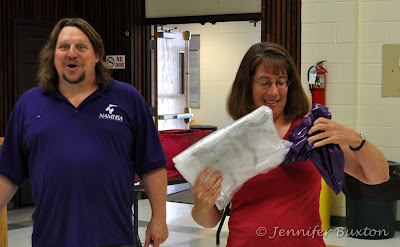 Now to find out if it's matte or glossy... 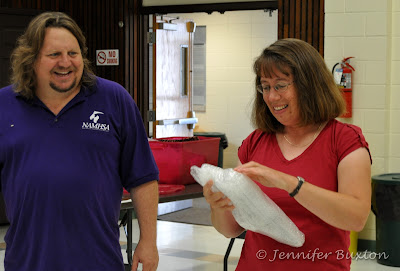 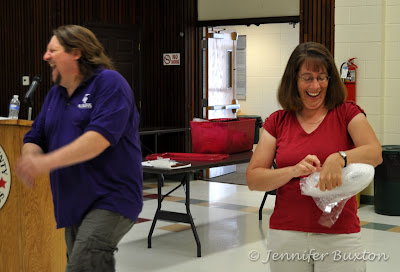 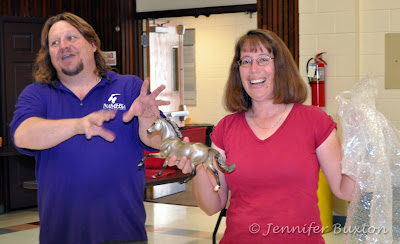 Drat!  I was really hoping for bay tobiano.   Oh well, beggars can't be choosers, plus...  the little guy is beginning to grow on me.  I'm thinking he might be my next OF performance star. 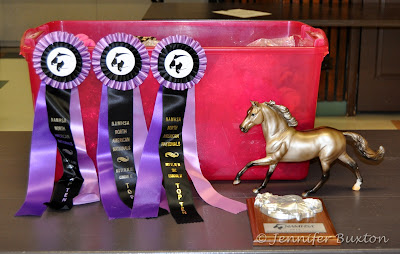 Thanks Tiffany, Jim and Vicky!  I can't remember the last time I had that much fun opening a package!
Posted by Braymere at 1:10 PM