This is Braymere. He was my very first model horse. 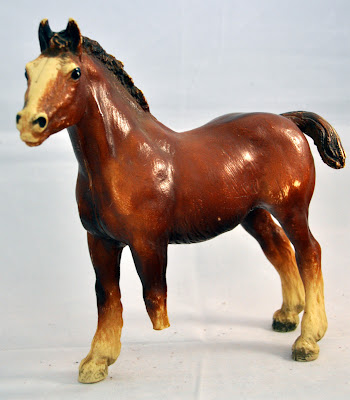 My older sister named him after a horse that lived at the boarding stable near our house. I don't actually remember the real Braymere. I couldn't have been more than three or four years old at the time I met him. 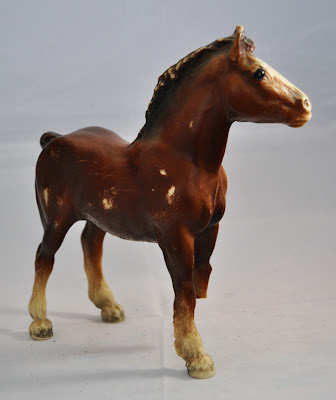 This was my younger sister's first model. Her name is Rubber. 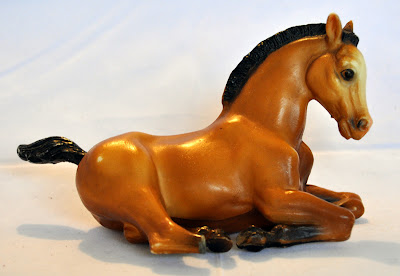 My mother chose these two thinking they would be sturdier and less likely to break than most of the spindly legged babies in Breyer's early 1970's line-up. The reasoning was sound, but both of them ended up three legged anyway. No matter. They are still some of the most treasured models in my entire collection. 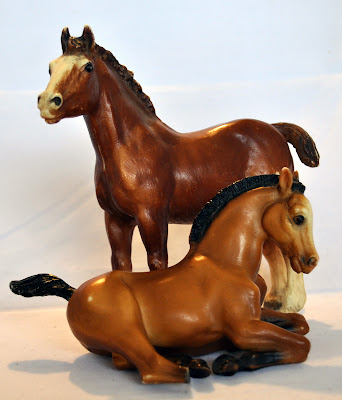