In all my years of buying, selling and trading in the model horse hobby, I've only experienced a few "bad" transactions.  In most cases, the problems were fairly minor and eventually got worked out to everyone's satisfaction.  However, there was one sale that has been bothering me for the past six years...  at least until today!
Back in 2005, one of my hobby idols was Abby Marston.  In addition to making the most wonderful costumes, she was one of the most helpful people on the ModelHorseTack mailing list.  If someone had a question, she was always willing to share her knowledge, and the Arabian Halter "How To" section on her webpage was an early inspiration for my own Tack Tips series.
Predictably, I longed to own one of her fantastic creations.  When one of her Mameluk costumes failed to reach its reserve on eBay, I emailed her and asked if I could buy it on time payments.  By that time, I knew that Abby was having trouble filling orders, but since the costume was finished, I didn't think it would be a problem.
I was wrong.
I'm not going to bore you with all the details.  Suffice it to say that Abby and I have stayed in sporadic contact over the years.  Two weeks ago we exchanged a couple more emails and today--some six years after the fact--I have the costume in my possession.
It arrived in a fancy, leather covered box which I was almost afraid to open.  I only vaguely remembered what the costume looked like, and after so much time, I was expecting to be disappointed. 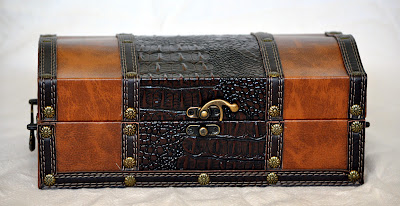 Fortunately, that was not the case. 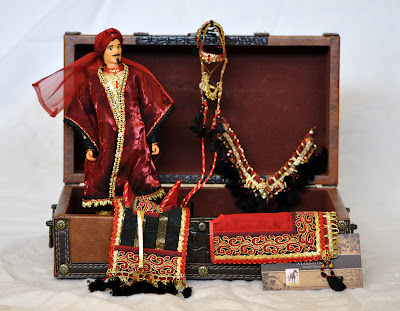 Every single piece of this costume is absolutely beautiful. 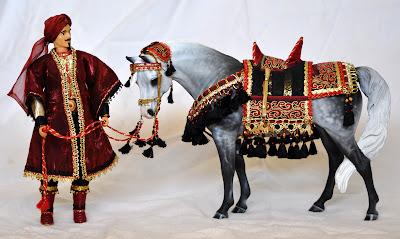 And the workmanship!  Everything is so neat and well constructed. 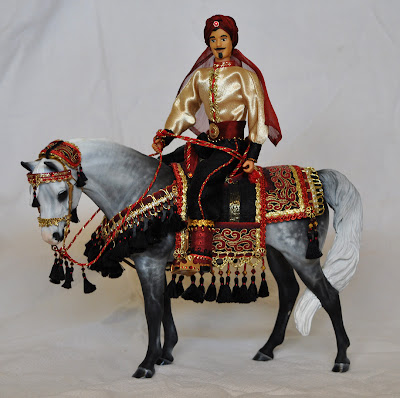 I have spent the better part of the afternoon... 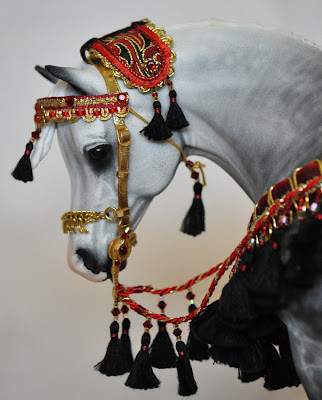 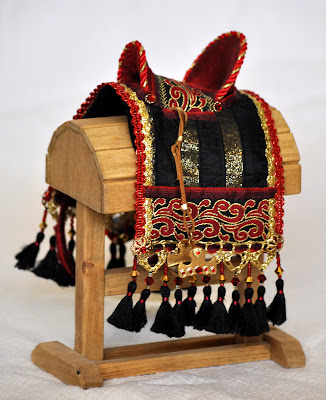 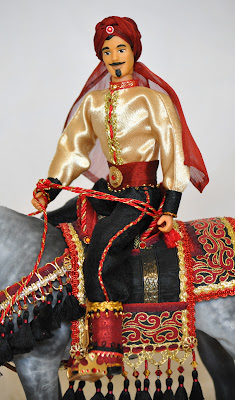 Worth the wait?  I don't know.  Six years is a long time--much too long, really.  Still, that's water under the bridge.  What matters right now is this:  I have the costume and I love the costume.  Thanks, Abby.  I'm officially crossing this one off my "bad transaction" list!
Posted by Braymere at 4:50 PM

Labels: my tack collection, Tack by other tackmakers