There isn't a lot of color at a Friesian Keuring.  It's not just the all black horses.  It's also the black suited judges, the white clad runners and all that white tack.  Oh, there was a lot of white tack, and naturally I felt compelled to take lots and lots of pictures of it!
Starting with the foal classes--each competitor was dressed in a white stable halter with a white cotton or nylon lead rope clipped to the bottom ring. 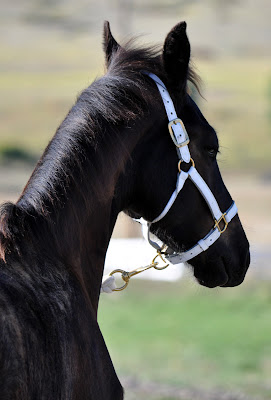 Most of the standard halter variations were present including both gold and silver hardware, over the nose and under the nose adjustments, 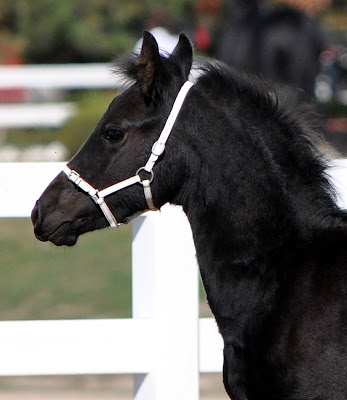 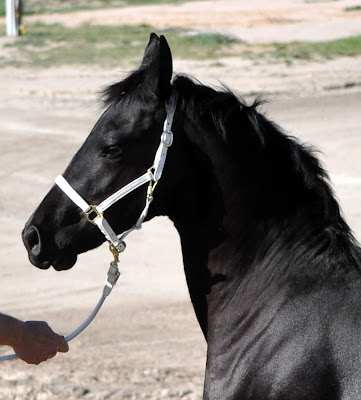 No matter the design particulars, all the halters were fitted lower and looser than a Western show halter. 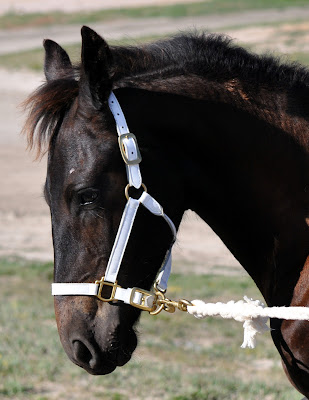 It's also worth noting that at this particular Keuring, foals did not wear bridle numbers.  Instead, those went on the mares even though they weren't being judged. 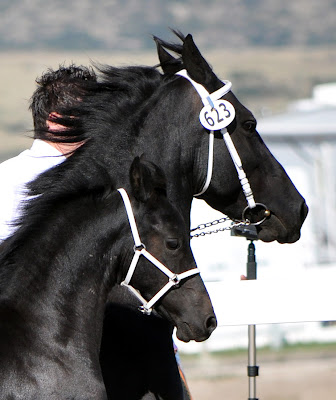 Yearlings were dressed identically to the foals with one exception--they got to wear their own bridle numbers. 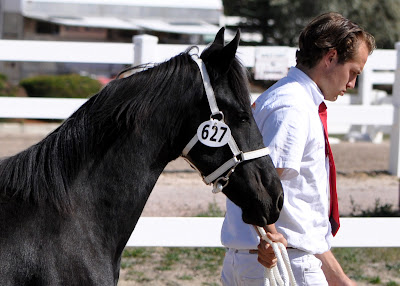 Horses three years and older were shown in a white English type bridle with the noseband and reins removed. 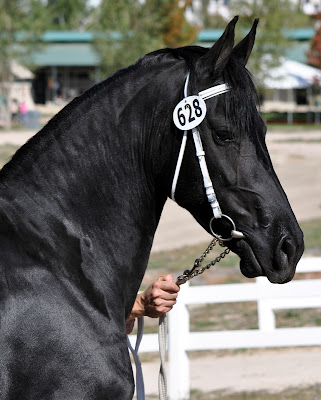 Most of these bridles featured buckles on both ends of the cheek pieces and lots of keepers. 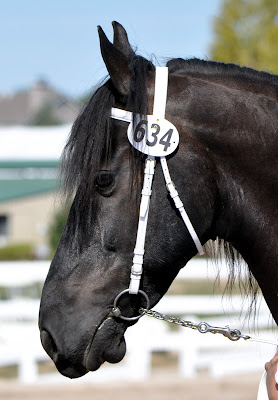 However, there was a least one mare sporting a much simpler bridle.  Note the Chicago screw bit attachment and the complete lack of nonessential keepers. 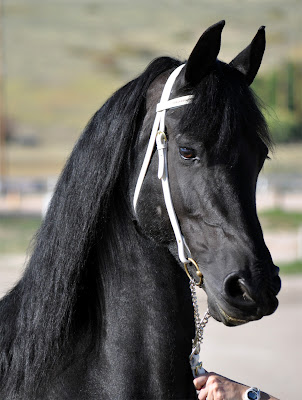 Bits were mostly some flavor of snaffle but there were also a couple horseshoe bits.  Although it's not obvious from this picture, this type of bit has a straight mouthpiece. 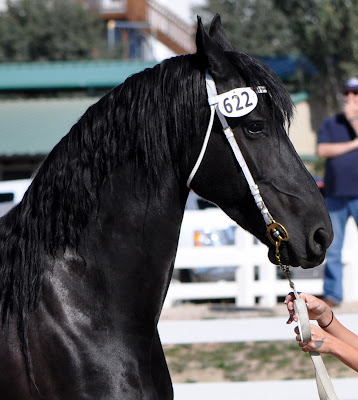 Most of the horses were led with a flat white lead that attached to both sides of the bit via a short chain. 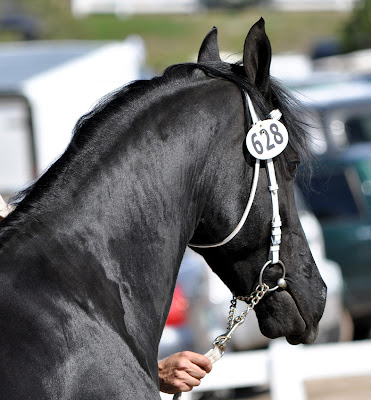 This mare was the one exception to that rule.  Her handler showed her with a plain white lead rope and clipped to an in-hand bit attachment. 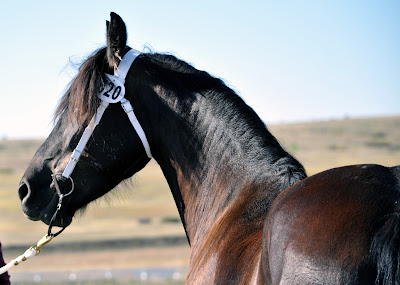 And just for Teresa--here's a closer look at the bridle numbers which proves they are, in fact, much larger than the horse's eye! 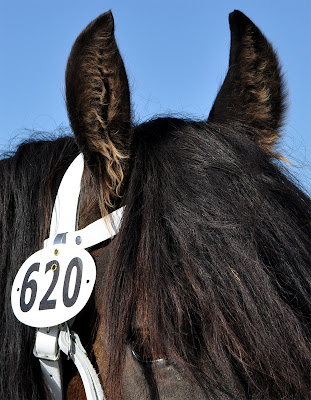 This particular Keuring also included an IBOP riding test.  The mare that participated in that wore regular dressage tack. 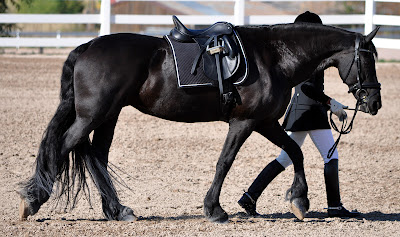 Want to see more white Keuring tack?  If so, be sure to check out the Baroque Horse Store's Friesian Keuring page.
Posted by Braymere at 11:46 AM