Wednesday I took four kids and one dog to Belleview Park in Englewood, Colorado. 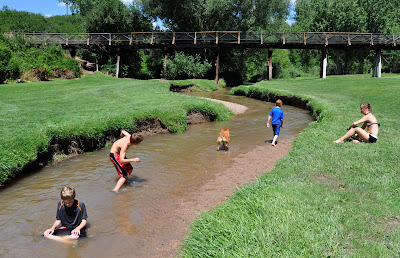 This particular park is one of our favorite summertime destinations.  In addition to the stream, there's also a train, a petting zoo and two playgrounds.  One of those playgrounds has monkey bars.
It turns out that James and monkey bars are a bad combination. 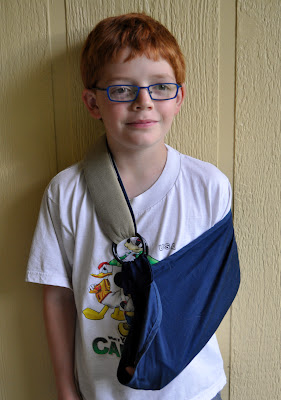 Our regular pediatrician doesn't put casts on broken bones, so yesterday we drove out to the Parker Adventist Hospital and saw the orthopedic specialist. 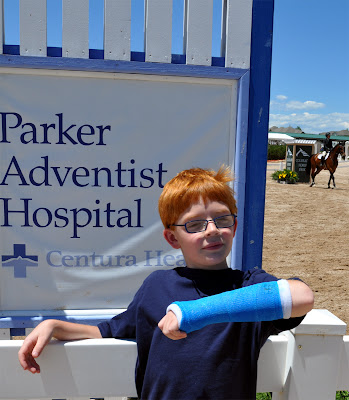 After that, we stopped by the Colorado Horse Park where the Rocky Mountain Classic Hunter Jumper Show was in full swing.  In theory, we were there to visit the Hawaiian Shaved Ice booth... 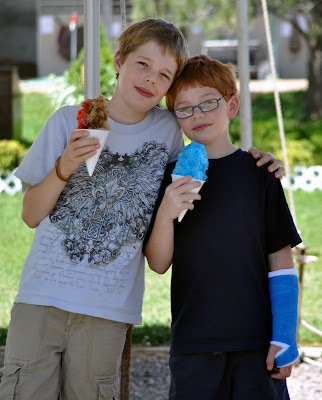 but of course we watched a couple classes, too! 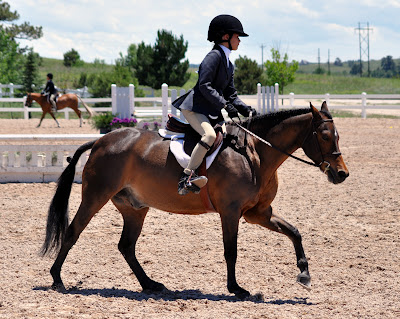 These ponies were competing in a Small Pony Hunter Under Saddle class. 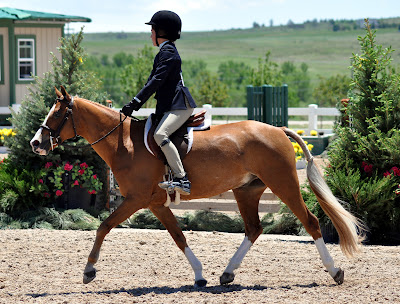 The Small Pony hunter division is restricted to ponies standing 12.2 hands or less in height and riders twelve years or less in age.  Don't be fooled by those facts.  This isn't a beginner's division, and the competition is tough. 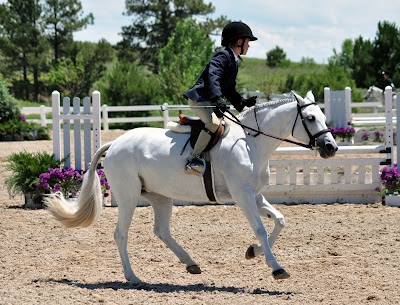 I loved the color of this roany pony! 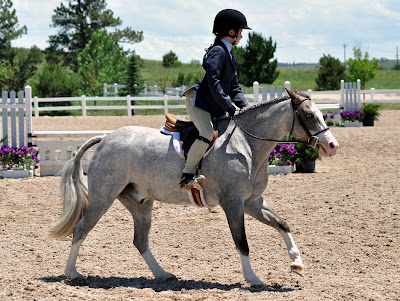 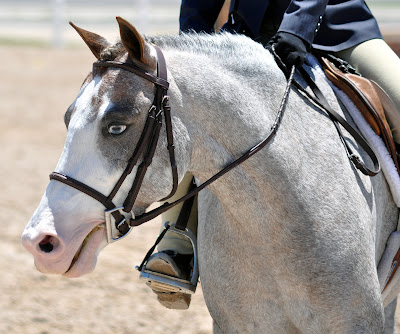 James will return to Parker to get his cast off on August 12...  I wonder if I can turn that into a horsey trip as well?
Posted by Braymere at 9:42 AM