Where there's hunters, there's usually jumpers, and the miniature horse world is no exception. 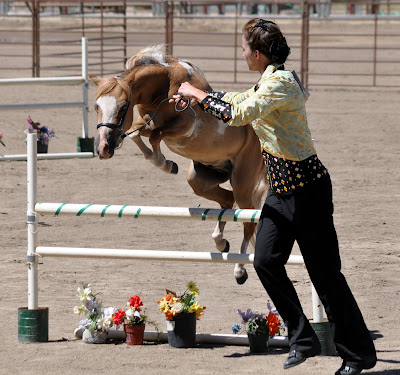 Tack and attire requirements for the two divisions are nearly identical.  Horses are fitted simply with a halter and lead.  Western show halters with silver plates appear to be the most popular choice, but Arab type halters, plain leather halters and nylon halters are also permissible. 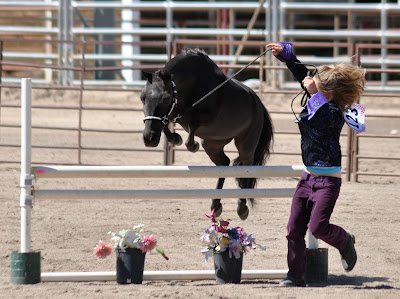 Handlers wear showmanship styled attire, often with running shoes instead of boots.  Whips may be carried. 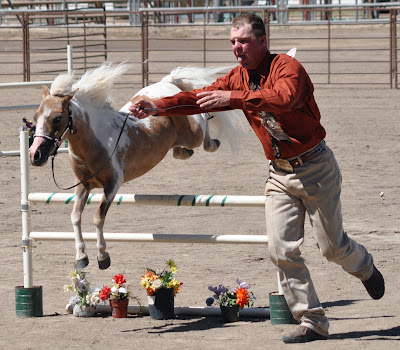 Unlike hunters who are judged on their style, manners and way of going, jumpers are scored solely on accumulated faults.  Faults are assessed for each knockdown, refusal or circle on course.  Additionally, horses may be eliminated for accruing three refusals, going off course or falling. 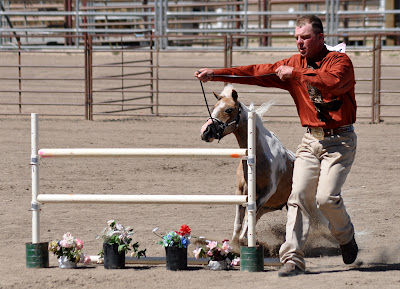 Courses must include a minimum of four and a maximum of six fences. The fences range from twelve to twenty-four inches in height and five to six feet in width.  Ground lines are required and jump standards may be no higher than forty inches. 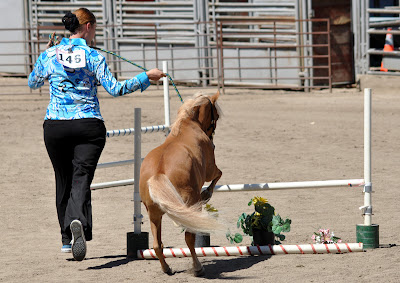 Miniature horse jumper classes follow a timed first jump off format.  The first round is not timed... 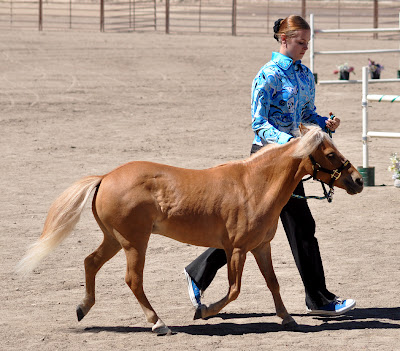 and competitors are not penalized for going slowly. 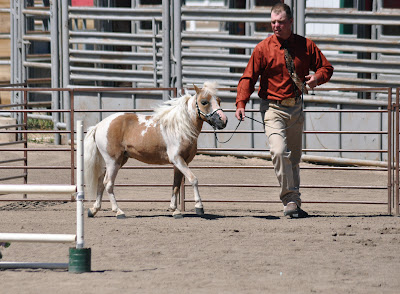 I have to admit, I was quite surprised to see so many horses walking on course. I don't know if this is common or simply a result of scheduling.  The jumper classes at the Rocky Mountain Classic Show were held near the end of a long hot day, and many of the horses and handlers were visibly tired. 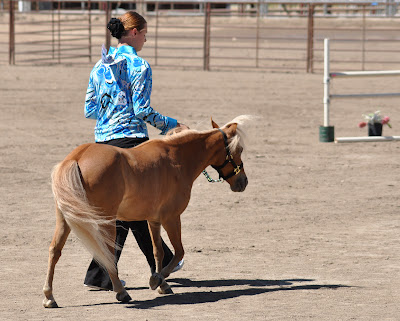 Although not terribly technical by big horse standards, the jumper courses were noticeably more complicated than the hunter courses.  Some of the challenges included bending lines and in and outs. 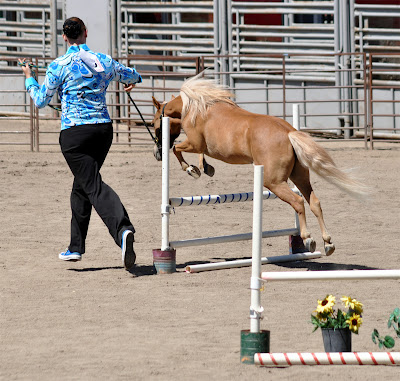 Upon completion of the first round, the fences were raised and all the entries that had gone clear were invited to come back for the jump off. 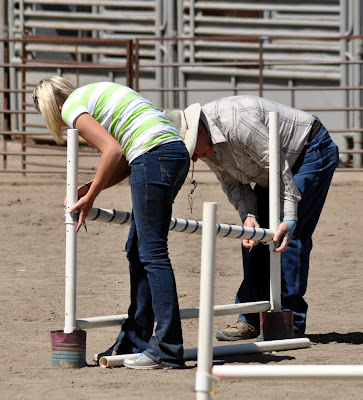 The jump off is timed... 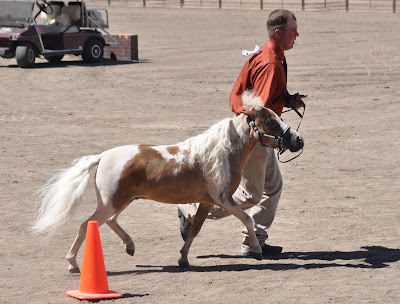 so there wasn't any walking. 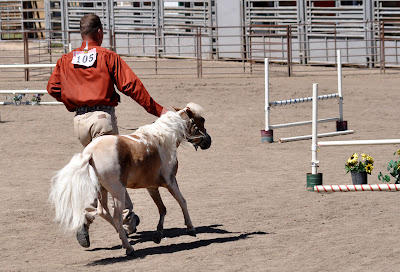 In fact, some of those horses went pretty darn fast! 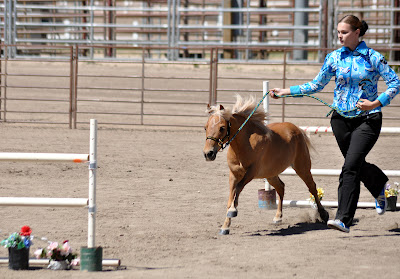 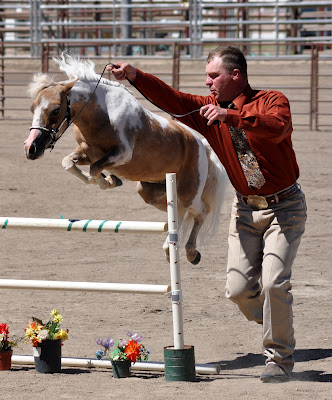