Halter Obstacle is the miniature horse equivalent of a trail class.   As with miniature horse hunters, the minis are led rather than ridden.  Tack and attire tends to be Western in flavor, but there are no specific guidelines regarding this in the rulebook.  Despite the word "halter" in its name, this class is judged solely on performance.  Each course must include a minimum of five and a maximum of eight obstacles.  Prohibited obstacles include tires, stair steps and jumps.  Competitors who go off course or incur three refusals while on course are eliminated.
Here's a look at how one horse and handler negotiated the 13-18 Youth Halter Obstacle Class at the Rocky Mountain Classic held this past June in Estes Park, Colorado.
The class started and ended with a pair of cones. 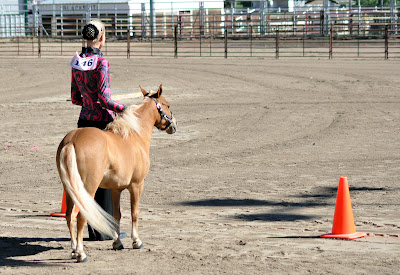 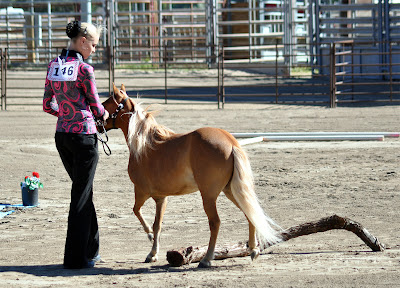 The horses were asked to sidepass down its length. 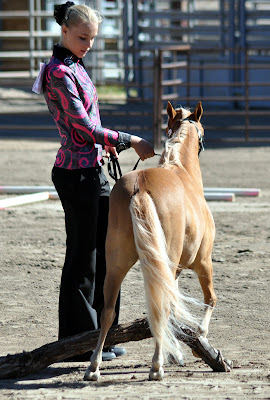 Obstacle number two was composed of three cones set up in a triangle formation. 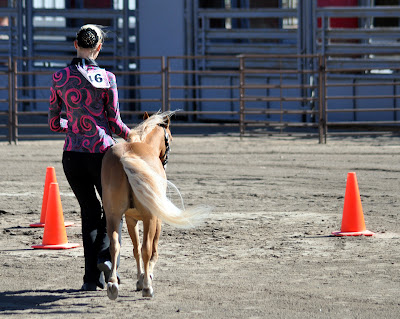 Horse and handler were required to trot around these in a clover leaf pattern (think barrel racing). 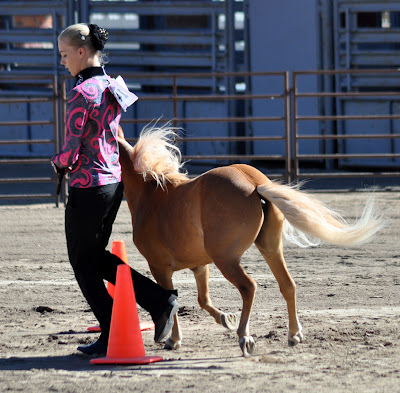 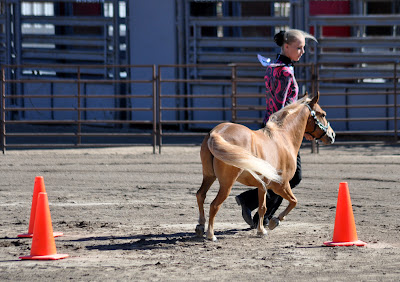 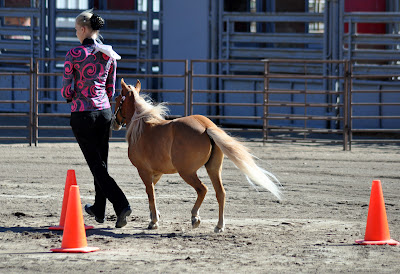 The third obstacle was a back-through shaped like an L. 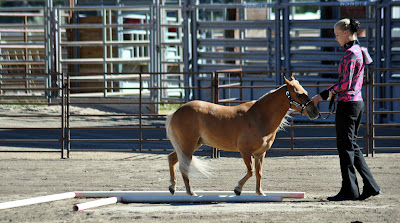 Initially,  the handlers entered the L with their horses. 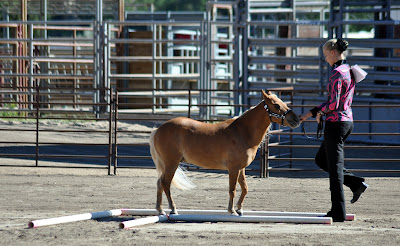 As the horse reached the turn, the handler stepped to the outside of the poles... 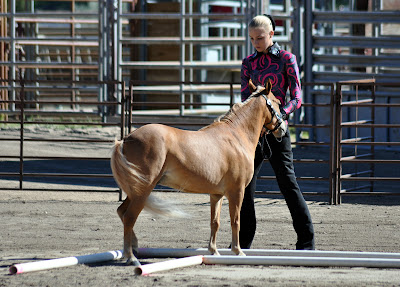 and guided her horse around the corner.  She then re-entered the L and backed the horse out of the obstacle. 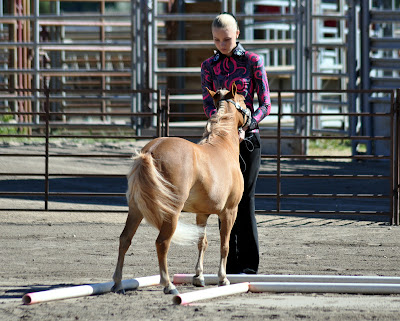 The next three obstacles were all fairly straightforward.  First there was a tarp. 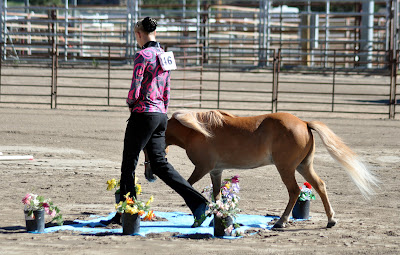 Then, some walk poles. 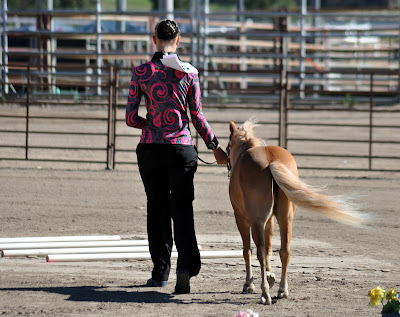 Note that although the handler stepped onto the tarp (and later, the bridge), she opted to stay to the side of the poles.  I didn't see any of the handlers actually walk across the poles. 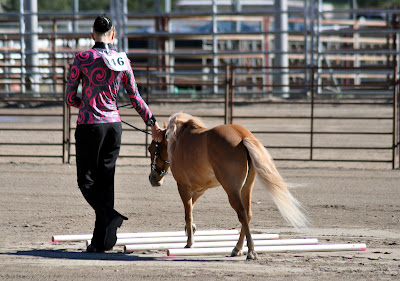 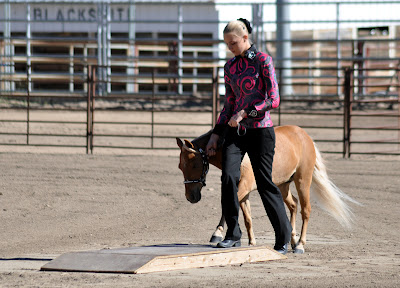 The seventh and final obstacle tested the horse's ability to stand ground tied.  If you look carefully at the dirt in front the horse and handler, you will see a circle outlined in chalk. 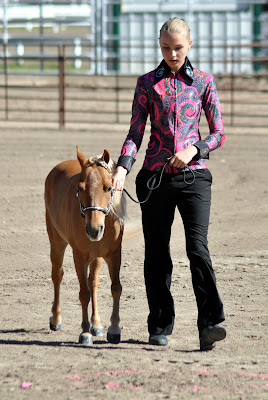 The horse were asked to stand with their feet inside that circle while the handler dropped the lead. 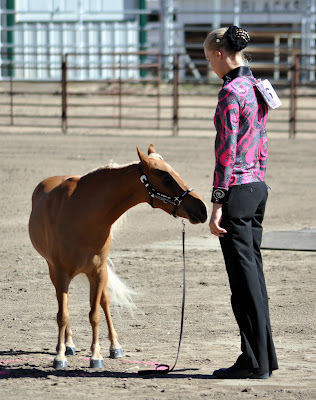 Having negotiated all the obstacles cleanly, the competitors complete the course by trotting over the finish line. 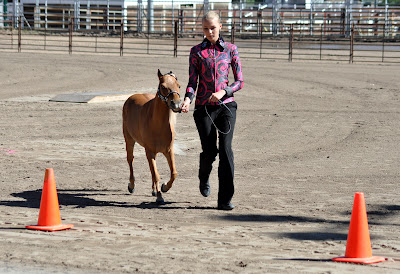 I still have lots more miniature horse performance pictures to share.  Who'd have ever guessed these little guys are so versatile?
Posted by Braymere at 3:19 PM