At every show, you’ll see documentation presented in a halter class. It could be to explain a mixed breed, a funky color or an unusual purebred, or a horse being shown as something other than “what’s accepted”.  That has been proven to be a smart move more often than not. No judge can even think about knowing everything about every breed, half breed and color genetic quirk out there. If you show long enough, you will realize that people will win and lose based on their documentation, or lack of.


You’ll often see people putting up a breed book as their documentation. Personally, I dislike this. The books take up valuable real estate on the show table, can be incorrect, are heavy to pack around and can be less than ideal in describing what you want it to.  As a judge, I read all documentation presented and occasionally, it tells me that the horse is not a good representative of the breed I’m being told it is. Since it’s not done by you, you can’t customize it to your distinct needs – be it an unusual color, removing unnecessary bits, etc. Redo the documentation and make it work perfectly for you.
Many people make a big deal of and get hung up on finding a photo that looks *just* like their model - same pose, same markings/color, same everything. To me, that is much less important. The photo may not actually be a good example of that breed (proving your model is not), not “match” the text or the model may have crooked legs or other issues. Or, you may never find the photo.

When I choose photos, I aim to find a good representative of the breed that is of a “typical for the breed” color. I want a nice, clear, uncluttered view of the side of the horse – standing if possible. I steer towards photos that have a non-distracting background that does not clash or interfere with the viewing of the horse. I may also use a head shot and a photo showing movement – depending on what I want to show off and the size of the documentation sheet. Go for a photo that shares the same traits as the breed and particular model.
Speaking of color – I do recommend documenting odd or unusual patterns and colors when showing in halter. I happen to have a Pebbles Saddlebred in overo who I show as a purebred ASB. Overo is an unusual pattern to say the least in the ASB world – tobianos are more prevalent. It took a lot of searching but I managed to find several shots and show the horse with the photos as documentation. It has paid off – I had one judge say it would not have placed without the documentation. She won the class and the division championship at that particular show.

When creating the actual guts of the documentation, I like to find the website of the governing body or registry to get the official description of the breed ideal. Sometimes, they do go overboard so I do a little judicious snipping here and there. Things I do try to include are:

The breed name or phrase (such as “Overo Patterns in Saddlebreds”) is the header and the source is cited at the bottom.

I rarely include history of the breed unless it is regarding the breeds making up the breed or other insightful information. While it may be interesting to read, it can be irrelevant for the purpose we are needing. One place I do try include it is when documenting a recreated extinct breed, i.e. Tarpan. 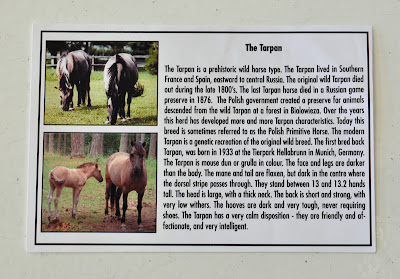 
Collectibility is the one area where documentation seems to the most important thing but is rarely used by the shower. I often hear how “hard it is” to do or that someone has “forgotten” or “can’t find anything”.  But, even more than in halter, it can propel you to the top, or the bottom depending upon it’s presence. NAMSHA figures it to be so important that it’s required at NAN in this division and many shows I go to also require it.
If you can’t expect a judge to know every detail about every horse breed, you certainly can’t expect them to know everything about every plastic or china horse ever known. With the advent of numerous SRs, with often confusing information out there, it’s almost impossible to keep up with any one manufacturer, let alone the whole gamut of manufacturers! With new-to-showing hobbyists, the potential of bringing something old (or new!) and unusual is great. Even us “old hats” can be caught by something across the show hall and must simply check it out.

Unfortunately for me, my collectiblity documentation is not computerized. It’s all on hand written 3” x 5” cards – and at one time, they were all color coded according to media. That fell by the wayside -  it was a bit much, even for me. The beauty of the photo sleeves is that the COAs from the Connoisseur series fits in without a problem – as well as many other small COAs (or large 8.5” x 11” sheets!).

Now, what I like to do is create a new card for any horse as soon as the deal is done. That way, time can’t steal the details from my brain and all transaction/sales information is still easily within reach. Also, I have a section in my collection database where I make notes of collectiblity information. Since I acquire new horses very infrequently, this certainly is not time consuming past time and once it’s in the binder, the possibility of it being lost is rather low.
I do not care for photos on collectiblity documentation, mainly as I’ve never seen an example that photos enhanced the information presented. You can certainly do so if you wish. Also, I do not care for value guides being laid by the horse or simply printed out from a website. Monetary value is rather subjective and the various guides could be in line one month, and out of line the next. Potential price tag usually makes a poor collectiblity judging criteria – hence why it’s not listed in the NAN judging guidelines for collectiblity.

The information search for collectiblility is conducted the same as a search for anything else, with one exception. Many of the best guides do not have an online presence just an actual book. My 100% favorite Breyer reference is the Nancy Young’s 5th Edition of Breyer Molds & Models: Horses, Riders & Animals. Sadly, it’s out of print and only covers up to 1997 but the information contained within this book is priceless. Nancy Young went into major detail about how the molds and models were created, their official numbers, and those important things such as how to tell which SR buckskin Lady Phase is which.

I do not happen to have any preferences for any other collectible books or sites. The only way to know exactly about any Stones I’ve found is the information you can glean when purchasing from them, directly. Even then, what is said can not be taken as the complete truth. I have heard too many things and have had some odd things happen to myself to be able to truly trust what information is released. Barb Spohr does what she can with the Stone Reference site but she’s dealing with a LOT of different releases and limited time reserves.  And, I must admit that I finally did my documentation on my HRs last year and used a variety of information found online from collectors who are well known and respected for their knowledge. Pour Horses, Horsin’ Around and other boutique artist chinas are easy to do documentation on – a lot of it is given to you on a COA. 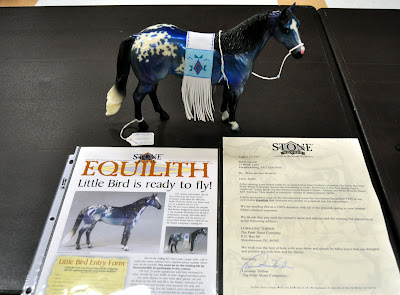 Here’s a list of what I try to include on my collectiblity documentation:

I can’t state how important this information is. I know of an entrant at NAN one year with a really unusual piece. She knew what she had and so did those of us from her area but the judges, never encountering this piece, did not and it did not place. Had she had documentation on this horse, she would have gotten at least a Top Ten, if not more. Don’t shoot yourself in the foot before judging even begins!


By the way, if you’re wondering if workmanship classes require documentation, the answer is no. I did attend a show some years back that requested it. I was not keen on it as supplying the judge the painter and sculptor‘s name could lead into them into never really judging each entry on its own merits. As NAN rules state that no documentation should include any information that gives away the horse or owner (i.e. no names), this pretty much makes this a moot point. I can see at some point perhaps mentioning the amount work done and the media used but at this time, that’s not happening that I know of.

Performance tomorrow!
Posted by Braymere at 10:01 AM