In addition to the regular resin halter division, the Horses N Hangars Live show also included a full resin workmanship division.  Classes were split by color and ranged in size from small...

Proving that bigger isn't always better, both the NAN cards in that big Bay class went to minis. 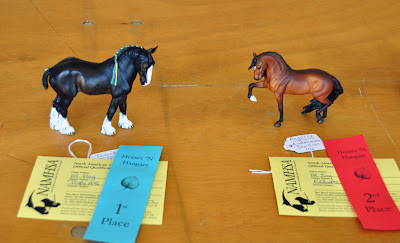 There were only two horses in the Black class and they both belonged to me! 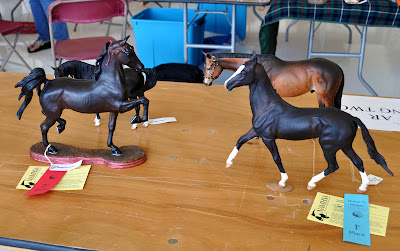 Palomino/ Buckskin was another big class.

With so many beautiful horses on the table...

I was really surprised when top honors went to my U-Know resin!  This little girl was sculpted by Kristina Lucas Francis and was painted by Hilary Schwafel. 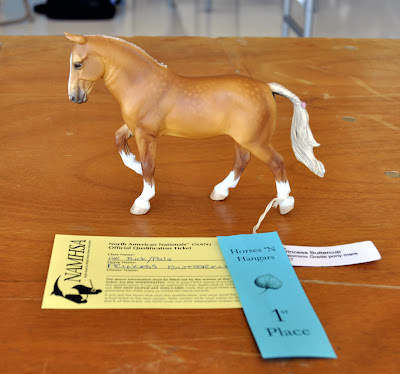 Chestnut is perhaps my favorite horse color, so I have a lot of nice chestnuts.  Consequently, I was somewhat less surprised to do well in that class. 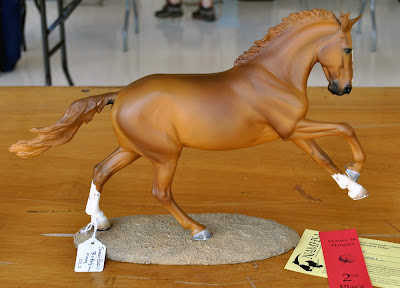 Validator is a Valor resin.  He was sculpted and painted by Carol Williams. 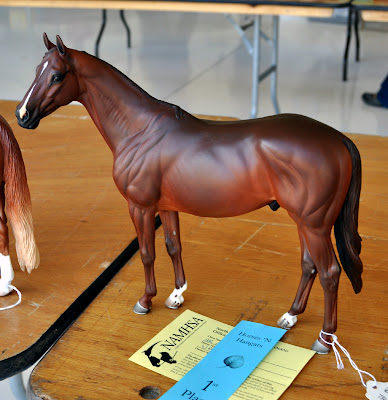 Here's a look at most of the Overo/Tovero class.

I had four horses on the table.  My Dalpe boys were fourth and fifth... 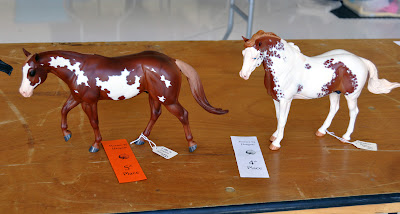 and my Calamity Jane was second.  Like Princess Buttercup, Prodigal Daughter was painted by Hilary Schwafel. 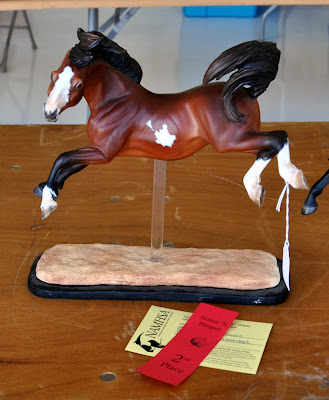 The Tobiano class was another big one...

Once again, my gang did me proud.  Poka Tia was third, Dagobert was second... 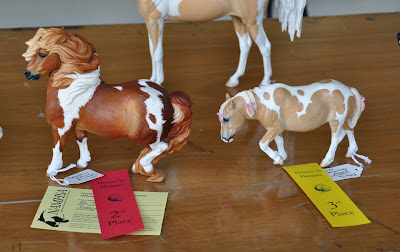 and Andromeda Melody was first!  This Rio Rondo Park Arabian was sculpted and painted by Carol Williams.  She's pictured with Wonderscope, who is one of the few models I've finished myself. 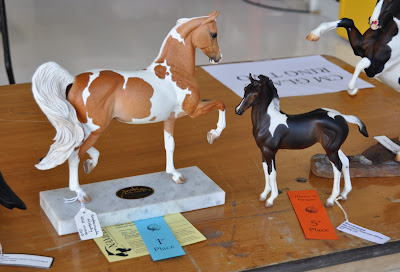 The last class of the day was Other Color/Mixed Patterns.  The winner was a lovely Silver Dapple half Arabian owned by Kim.  My spotty long-eared pair finished second and third. 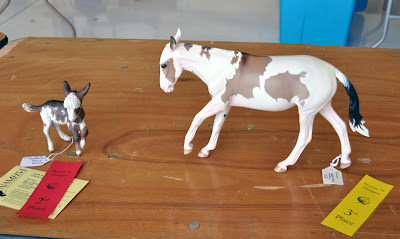 Call back table number one.

Call back table number two.  Sigh.  So many pretty horses!

I didn't take individual pictures of the champions, but the Kim's Indy won top honors with her Matriarch getting the reserve.  Congratulations once again, Kim!
Posted by Braymere at 4:04 PM