No division is nearer and dearer to my heart than the Pony division.  I just love the little ones... 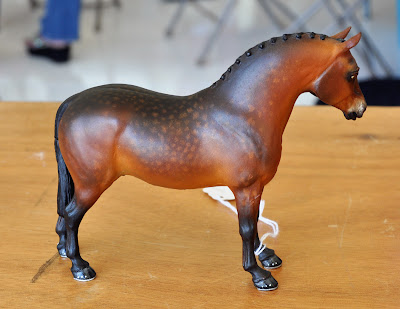 so you have to know that this pictures makes me really, really happy.  That's three Buxton ponies winning first, second and third in the British Pony class at the Horses N Hangars Live show in Broomfield, Colorado. 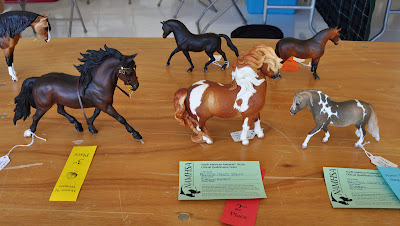 American Ponies was nearly as rewarding with my own Chipper and Poka Tia claiming the top two spots. 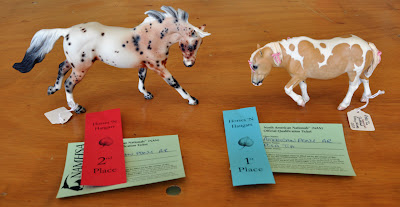 My palomino U-Know resin was also victorious in the Other/Mix Pony class, but I forgot to take her picture.  You can see her on the call back table standing between Mabel (AA Walking Shetland) and Dagobert (pinto Otto).  In the end, Poka Tia (Eberl Lina with bows) was named division champion and Teresa Fedak's Ghost Spots (Appaloosa mini, far right) was reserve.

The drafters were next, and that division opened with a top notch Shire/Clydesdale class. 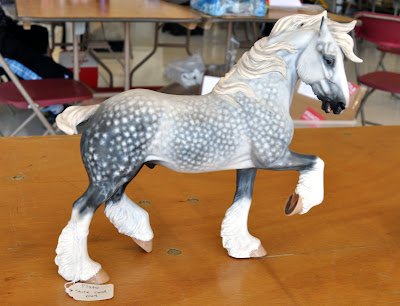 This customized Boreas is the product of two Colorado artists--Karen Gerhardt and Sheila Anderson Bishop. 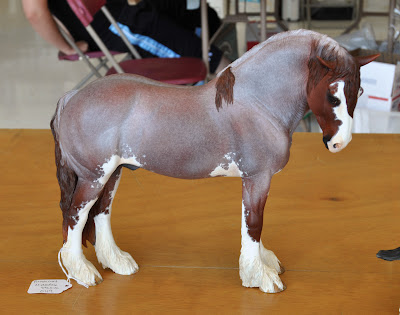 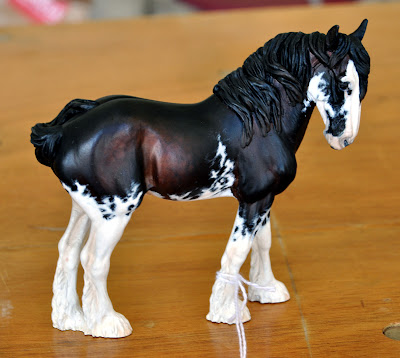 make me reconsider my No Minis rule! 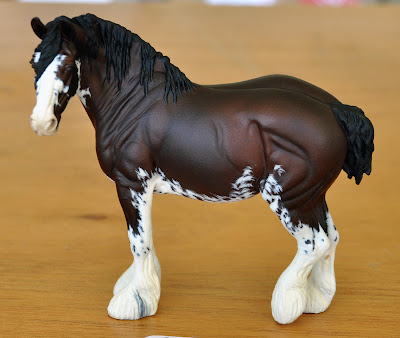 Belgians/Percherons were next.  BFF won the class and Dhaulagiri placed fourth. 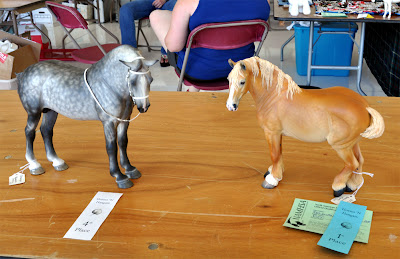 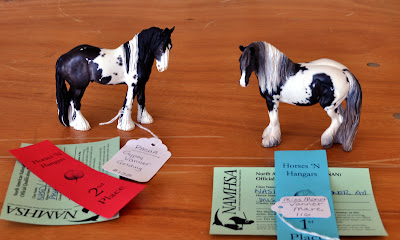 The division ended with an absolutely amazing Longear/Exotic class. 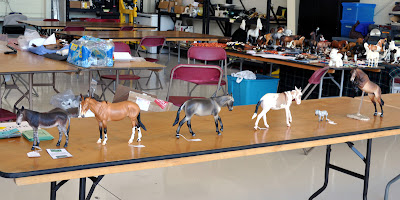 Different view of the above, this time with ribbons. 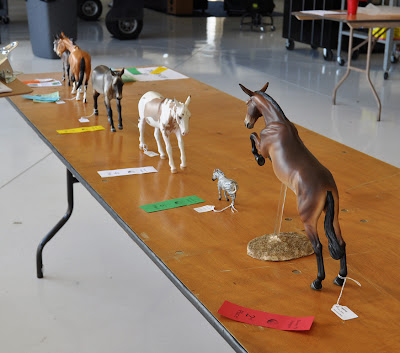 Finally it was time for the Championship judge off. 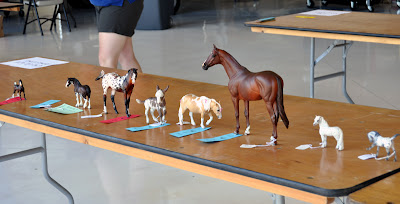 Every horse, donkey and mule that had won a division Champ or Reserve was asked to come back to the judging table.

I was fortunate enough to have four of my critters on that table... 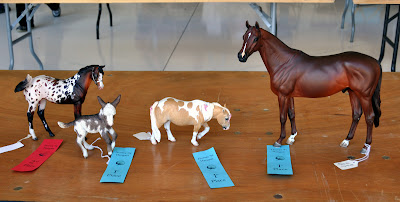 but in the end, top honors went to Kim Lovelace's Indy resin with Kim's Khemosabi in Reserve. 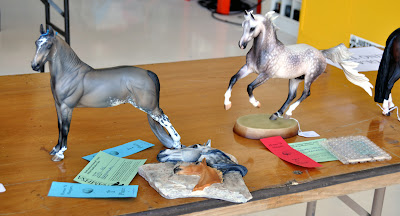 Congratulations to Kim and many thanks to Deb McDermott for judging this very tough divison!
Posted by Braymere at 5:22 PM