In the comments section for a recent post BeccaG wrote:  Perhaps it's time to admit...I have an ulterior motive in reading your blog. These past few posts have been particularly useful in leading me toward my ultimate goal--learning how to make an english saddle! (insert evil laughter here). Someday I'll figure it out! ;)

This rates as one of my all time favorite comments, mostly because it's exactly the sort of thing I might have written some seven or eight years ago.  I was a reasonably accomplished tackmaker back then.  I'd made a lot of bridles and halters, a couple Rio Rondo kit saddles and a team harness that had won a championship at NAN.  Still, I wasn't satisfied.  More than anything else, I wanted to make a nice English saddle.
This was a big goal and not an easy one to accomplish.  There were no KeriOkie books back then, and you couldn't yet buy cast English saddle trees from Alison's eBay shop.  I had to figure out how to make everything myself, and for the most part I was up to the task.  There was one thing, however, that I just couldn't seem to get a handle on.  That was the saddle tree.  Despite my best efforts, the secret behind making good model sized saddle trees continued to elude me.
And then, someone gave me a much needed nudge.
I'm sure some of you remember Susan Dolittle.  To my knowledge, she's no longer active in the hobby, but back in the early 2000's she was turning out a lot of really nice English saddles.  I was a huge admirer of her work and sent her an email saying as much.  She responded and a few emails later, she sent me a couple pictures of one of her saddle trees.

It's only a slight exaggeration to say that these pictures changed my life. 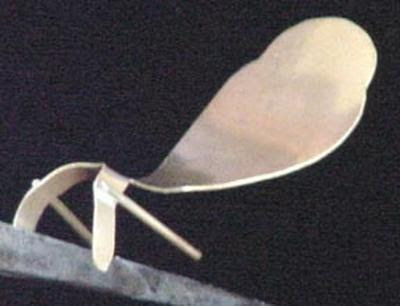 Now I should point out that Susan didn't send me a pattern or instructions.  She didn't teach me how to make a saddle.  I figured that out all by myself through a long process of trial and error.  Still, I owe her a huge debt for pointing me in the right direction.
So when I post pictures like this: 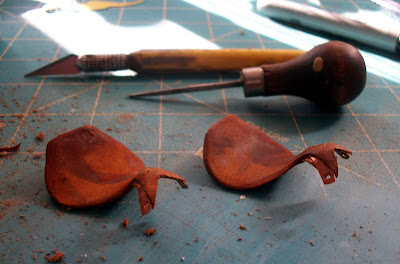 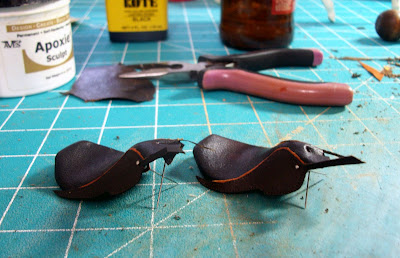 what I'm really doing is paying forward the gift that Susan gave to me.  I'm sharing little pieces of the puzzle in hopes that they might resonate with someone like my younger self...  or BeccaG!
Posted by Braymere at 10:02 AM