English Performance is usually my best division, and that was certainly true at High Country Live. I showed three horses in the English division. My Dozen Roses entered just the Saddleseat class, but the other two went in every single class but Saddleseat. The first picture shows Adonis Z winning the Huntseat Pleasure class. Although I've owned this resin for nearly two years, this was the first time I've shown him in performance. 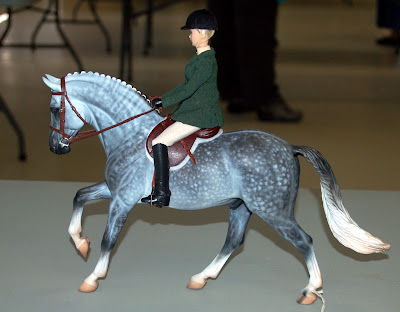 Adonis Z is an Eberl Valentino resin painted by Tom Bainbridge. I made his tack and Sheri Wirtz and Corinne Ensor dressed the doll. Here's another picture of him, this time winning the English Trail class. 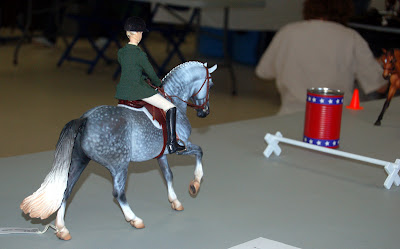 Here's a look at my other trail entry. This is Getaway, a Windfall resin sculpted and painted by Sommer Prosser. He is wearing an older set of BCS tack and his doll was customized and dressed by Karon Grieve of Scotland. 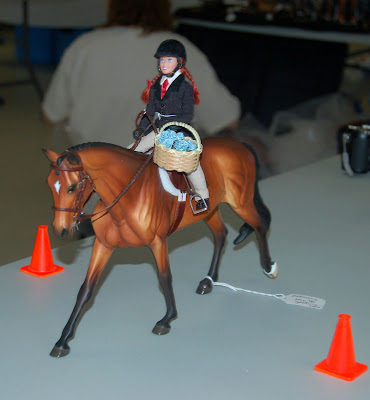 I hadn't originally planned to attend this show and didn't pack my tack and props until the very last minute. Not surprisingly, some things got left behind. One of those was a second hunter jump. Luckily, my friend Teresa let me borrow her old but still nice Wilshire Miniatures jump for Getaway. 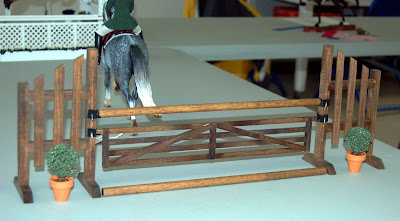 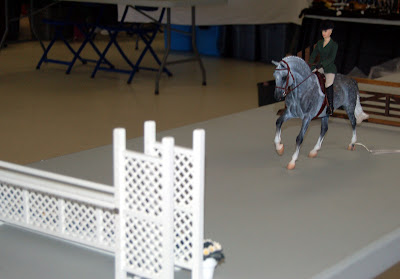 I thought both my boys looked pretty spiffy, but this Extreme Justice owned by Val McEntee was the eventual winner of the Hunter class. 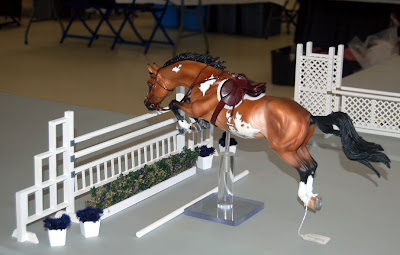 Moving on to Jumpers, Getaway used my Halloween jump. 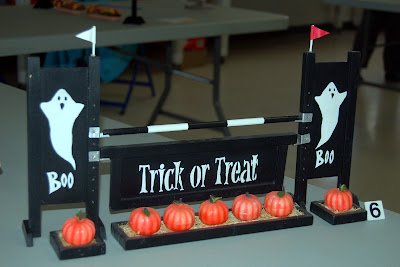 I thought he and his junior rider looked super cute and the judge agreed! He placed second behind Teresa's Infinity. 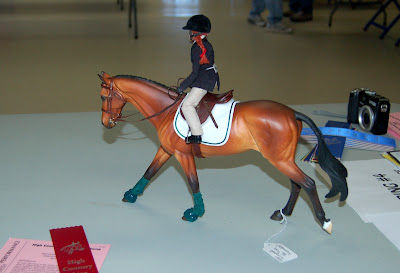 There are always a lot of interesting entries in the games classes. This is Jane's pony competing in a balloon spearing competition. Jane is so talented. She dressed the dolls, made the props and even painted that Matriarch. 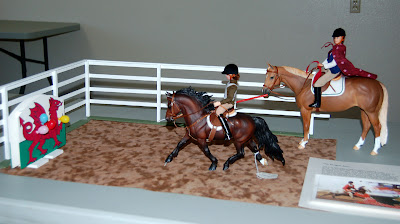 Close up of the dragon prop. I love this! 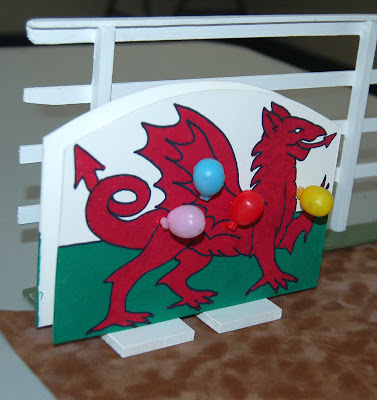 My games entries were not nearly that interesting, but they still did just fine. Here's Getaway with an Alaina Richardson/Bookshelf Barns balloon race prop... 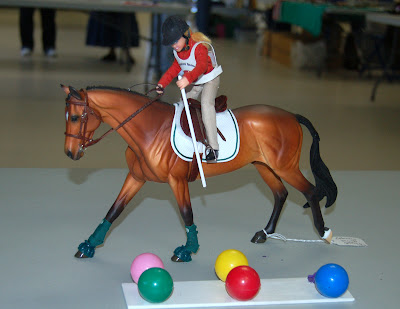 and Adonis Z with his ring spearing set up. 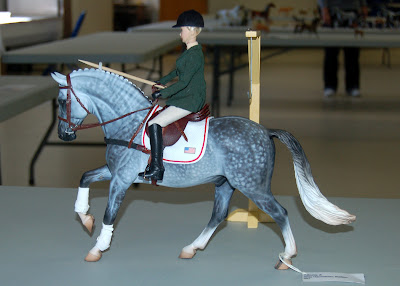 When it was all said and done, Getaway was the reserve champion... 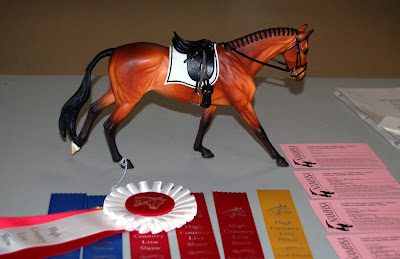 and Adonis was champion. 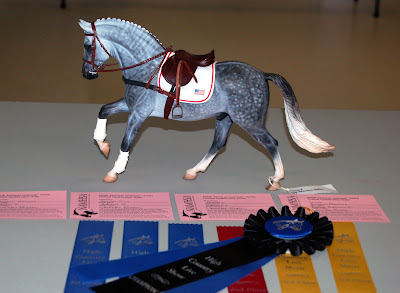 Not too shabby for a last minute effort! Never fear--there wasn't time for all that success to go to my head. The Western division was next and that's where the parade of blue ribbons came to a screeching halt. Pictures to follow...
Posted by Braymere at 3:01 PM